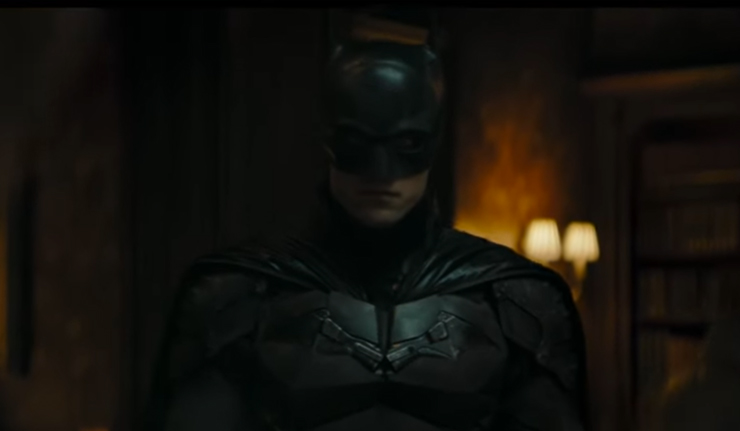 At DC FanDome, director Matt Reeves surprised fans with a teaser trailer for The Batman.

Reeves answered fan questions about the Dark Knight’s next film, letting people know that only 25% of the movie was shot before COVID-19 shut down production. Despite this Reeves, shocked people with a new teaser trailer.

Thoughts on the Trailer

The trailer has a lot to take in. It looks even more realistic and gritty than the Christopher Nolan Dark Knight movies. We also get our first clear look of Batman, Commissioner Gordon, the Batmobile, the Penguin, and Catwoman.

Looking at Bruce Wayne, Robert Pattinson’s interpretation looks more dishevelled than the typical classy playboy. However, it’s possible that this is specific to just one scene.

Fans have already established that the Bat-suit is more gritty and homemade than a typical Batman costume. This DIY approach seems to apply to Catwoman too. Zoe Kravitz’s Catwoman suit is not an actual costume. Instead, it’s black pants, a leather jacket, and a ski mask with very subtle cat ears.

The trailer also features a lot of unknown characters too. The beginning shows a masked killer duct-taping his victim’s face – The Riddler? There’s even a street gang that wears crusty, white make-up to resemble a skull.

When one of them asks Batman “Who are you?”, they’re immediately met with a hurricane of bone-breaking punches. Then Batman answers, “I am vengeance!” This fighting style is down-right brutal.

Reeves also shed some light on the plot. This is set in Batman’s second year on the job. He’s beginning to feel dispirited that, despite his efforts, crime in Gotham still remains the same. However, a series of murders occur, and once Batman investigates deeper, he realizes that it may be connected to Gotham’s history of corruption, even leading to his family.

According to Reeves, this is a movie where characters are starting out. Batman’s currently an urban legend, and not yet a beacon of hope. Catwoman’s just a simple cat burglar, the Riddler’s beginning his criminal career, and the Penguin’s simply known as “Oz” Cobblepot. However, they all may evolve over the course of the movie.

Matt Reeves also revealed what inspirations he took when shooting The Batman. Reeves cited 1970’s crime dramas like Taxi Driver and Chinatown. More interestingly, the director cited the one-shot comic Batman: Ego as another source; specifically, how Ego does a psychological deep dive when “confronting the beast that is Batman”. Ego was written and drawn by the late Darwyn Cooke.

How Does ‘Gotham PD’ Connect with ‘The Batman’?

The conversation then turned to how the Gotham PD show will connect with The Batman. Gotham PD will function as a prequel to the movie, and will be set in Batman’s first year. The show’s focus will be on corruption in the police force, as well as their reaction to a new vigilante entering their city.

Images May be subject To Copyright