After many dramatic twists and turns, heavily emotional ups and downs, one thoroughly memorable bachelorette party on Themyscira, a version of True Love’s Kiss, and an utter wedding fail at the Old Gotham Corn Factory (sorry, Kite Man), Harley Quinn and Poison Ivy (HarlIvy?) have finally confessed the full extent of their romantic feelings for each other, and drove off into the sunset with half of the New Gotham City Police Department on their tail.

Outcry For a Third Season

What’s in store for them next? That’s up in the air as of now, given that DC Universe’s Harley Quinn hasn’t yet been confirmed for a third season – but fans are already putting out the rallying cry for a renewal, if only just to see the HarlIvy romance develop.

Ahead of the Season 2 finale’s premiere, SYFY FANGRRLS had the chance to chat with Harley Quinn executive producers Justin Halpern and Patrick Schumacker about developing the romance between Harley and Ivy from the beginning of the series, what their relationship status is, as of that final shot of Season 2, and what the plans are for a potential Season 3. 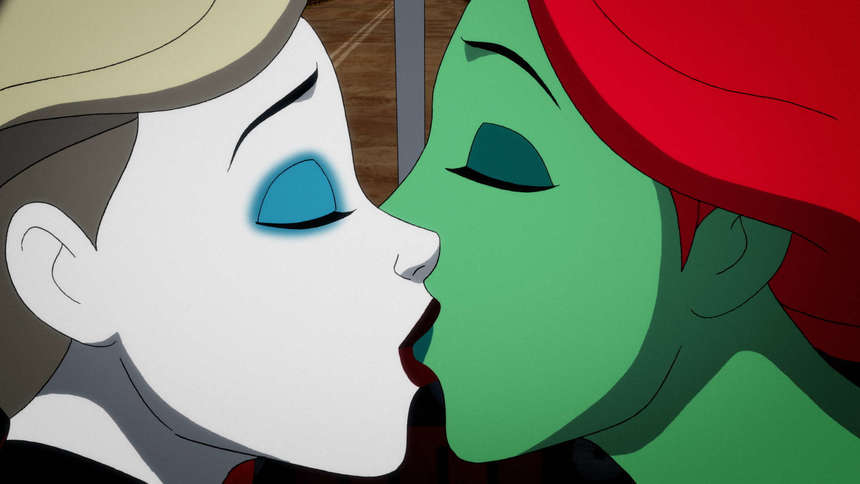 Patrick Schumacker on the development of Harley and Ivy’s Romance:

It was always on the table. We had discussed it from very early on because Harley and Ivy’s romantic relationship has, for a long time, been on-again-off-again in the books and it felt like a pretty important part to their history. [In] the first season we knew that we wanted to, at least for Harley’s part of it, really focus on her breaking up with the Joker and her career in the criminal underworld. And that any romance would be with other characters, and that’s how Kite Man became a part of it.

So the love triangle was something that really just evolved organically. Kite Man was originally just a plot device and a cipher for male super villains that aren’t that powerful – or, in Kite Man’s case, don’t have any power but sort of act like they’re all-powerful. And then it just evolved because Kite Man became kind of a favorite character to write in the writer’s room. It just felt like an interesting pairing to us. But [it] was always a possibility that we were going to get [Harley and Ivy] together. We just knew it wouldn’t happen in the first season.

Justin Halpern weighed in too:

We wanted to make sure, in the first season, that it was just that Harley self-discovery. And we felt like it was hard to do a self-discovery story if you take Harley out of one relationship and put her into another one. And then also we thought, “I don’t think she’s ready to be in a good relationship right after getting out of a historically bad one.” 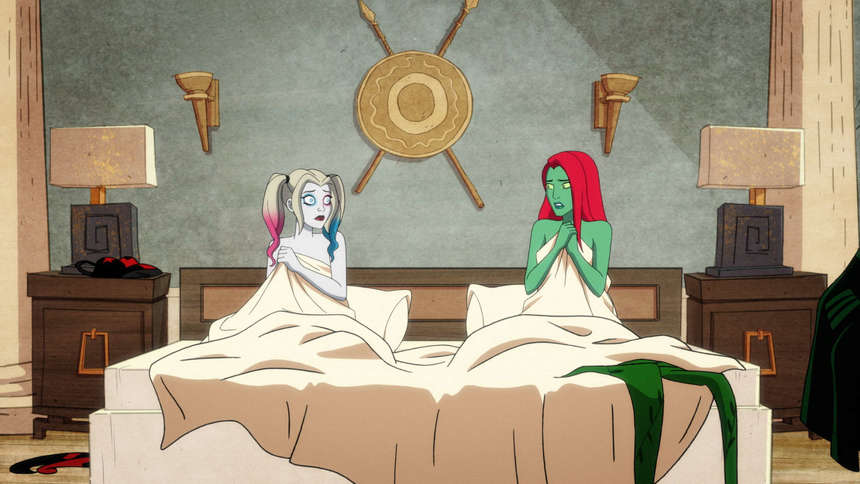 When we were drawing the characters and figuring out their specific personalities to our show, Ivy felt like someone we were catching right as she was learning to like people – or at least some people – and learning to come out of her shell because of Harley a little bit. So she was in this very emotionally closed place up until the moment our show starts. So she’s venturing back out there. She’s going to not be ready to be in a real serious relationship.

She’s also someone who has kind of a lot of anxiety. She’s got a little bit of low self-esteem. When you’re like that, at least when I was like that, I tended to date people who were really nice to me that maybe weren’t the best fit. And it wasn’t until we could get Ivy to a place where she understands, “Hey, I could kind of go for something more, even if it’s scary.” We wanted to get her to that place.

Putting Harley and Ivy together in our show was always going to be messy, and so we didn’t want it to be something that happened quickly. We didn’t want anyone to say, “Oh, they just threw them together just to throw them together. They didn’t do the work.”

While Schumacker hasn’t given confirmation of a third season, his plan is pretty concrete at this time for HarlIvy.

If we’re lucky enough to get a Season 3, and we truly don’t know yet, but if we are we’re not going to walk it back. They’re a couple. Any stakes that we want to build into the season moving forward are not going to involve [the question of] “Will they be able to stay in a relationship?” They’re going to be a couple.

Harley’s a hit!  Have you watched it yet? You know that the HarlIvy relationship has evolved to become quite a power couple in the DC Universe. It’s quite fascinating to see how this plays out in the series as Schumacker and Halpern are really putting some thought into the development.  Let us know what you think!