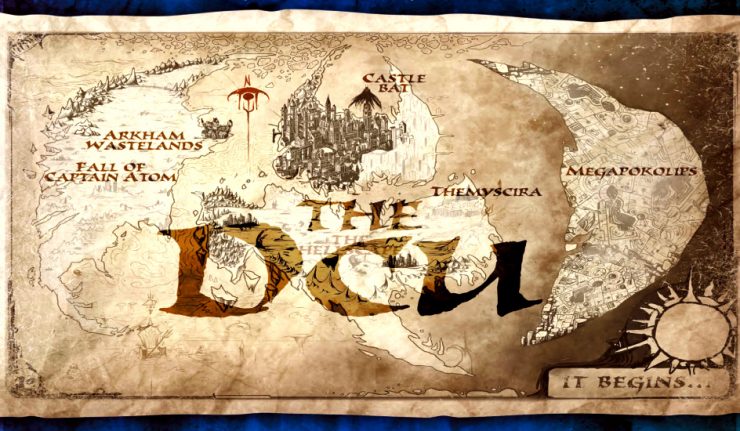 Dark Nights: Death Metal #1 gave readers a first glimpse at an all new DC Universe. It’s a world ravaged by war and the rule of a new order on Earth, led by Perpetua and The Batman Who Laughs. Now, ahead of the release of issue #2, and the Dark Nights: Death Metal Guidebook, DC Comics have given us an enlarged, disturbing, and truly gorgeous image of that map in full.

Here’s the complete story, and map:

Ahead of Dark Nights: Death Metal Guidebook, Explore the Metalverse!

Earth is turned upside down, shrouded in a realm of darkness after the Justice League’s defeat by the cosmic goddess Perpetua. Now the Batman Who Laughs and his army of Dark Knights rule the planet, wreaking havoc on humanity and raining destruction on the world.

Hover over the full-size map of the Metalverse (link below) to discover how the Batman Who Laughs has reshaped our world. 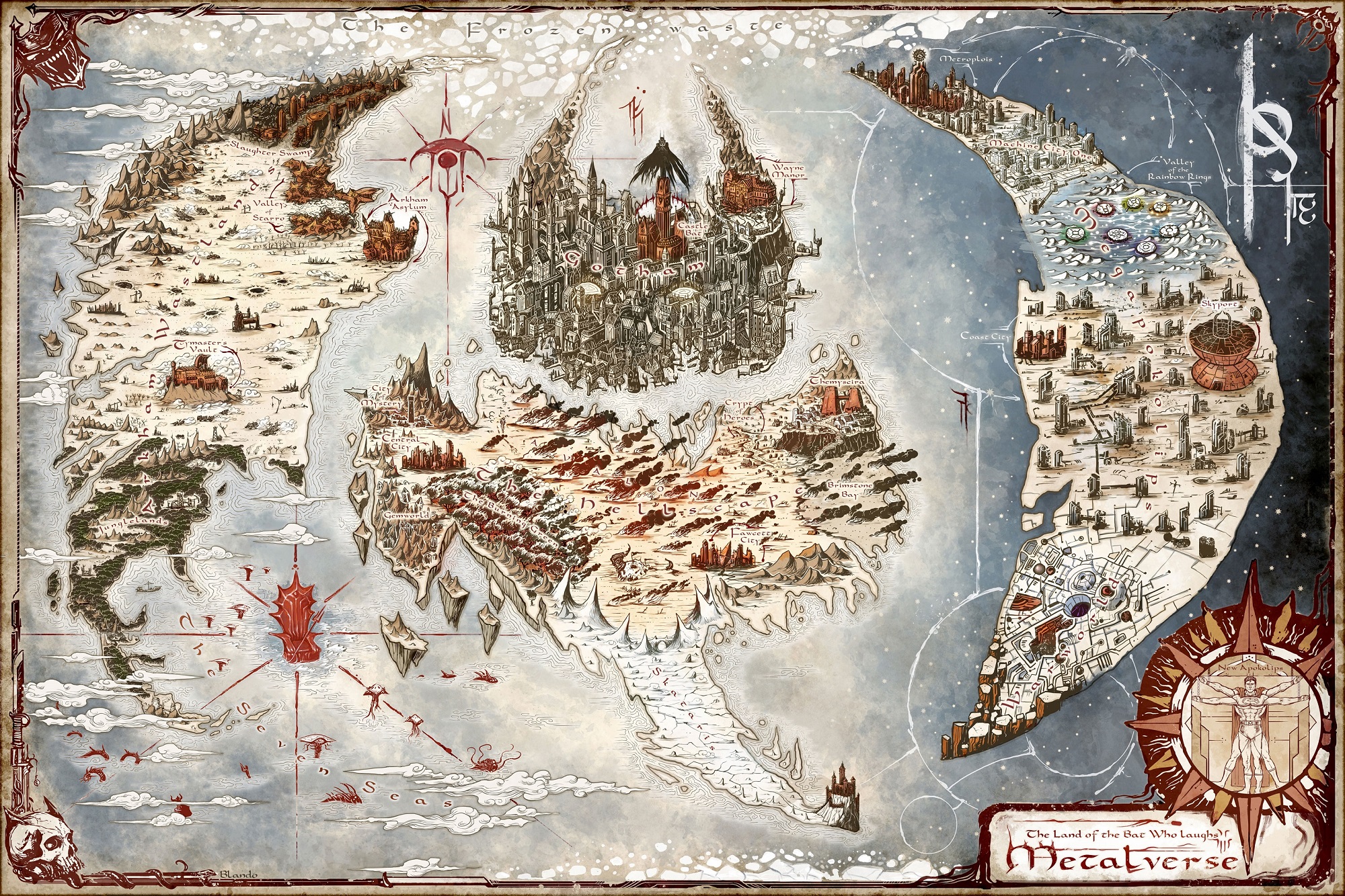 Seriously, though… how cool is that? The first issue of Dark Nights: Death Metal raised a ton of questions, not least of them was, how in the holy heckadoodle did the world end up this way? Giant dinosaur Batman, withered Swamp-Thing, warrior chainsaw wielding Batwoman, Metal Mullet Superman… the list goes on.

With this, and every other teaser we get for Dark Nights: Death Metal #2, my excitement levels just keep on growing.

What did you make of issue #1? Are you looking forward to the Dark Nights: Death Metal Guidebook, and all the specials that will accompany the series? What do you make of Jared Blando’s beautiful cartography? Please let us know in the comments, look out for further previews, and keep reading our reviews for the series.