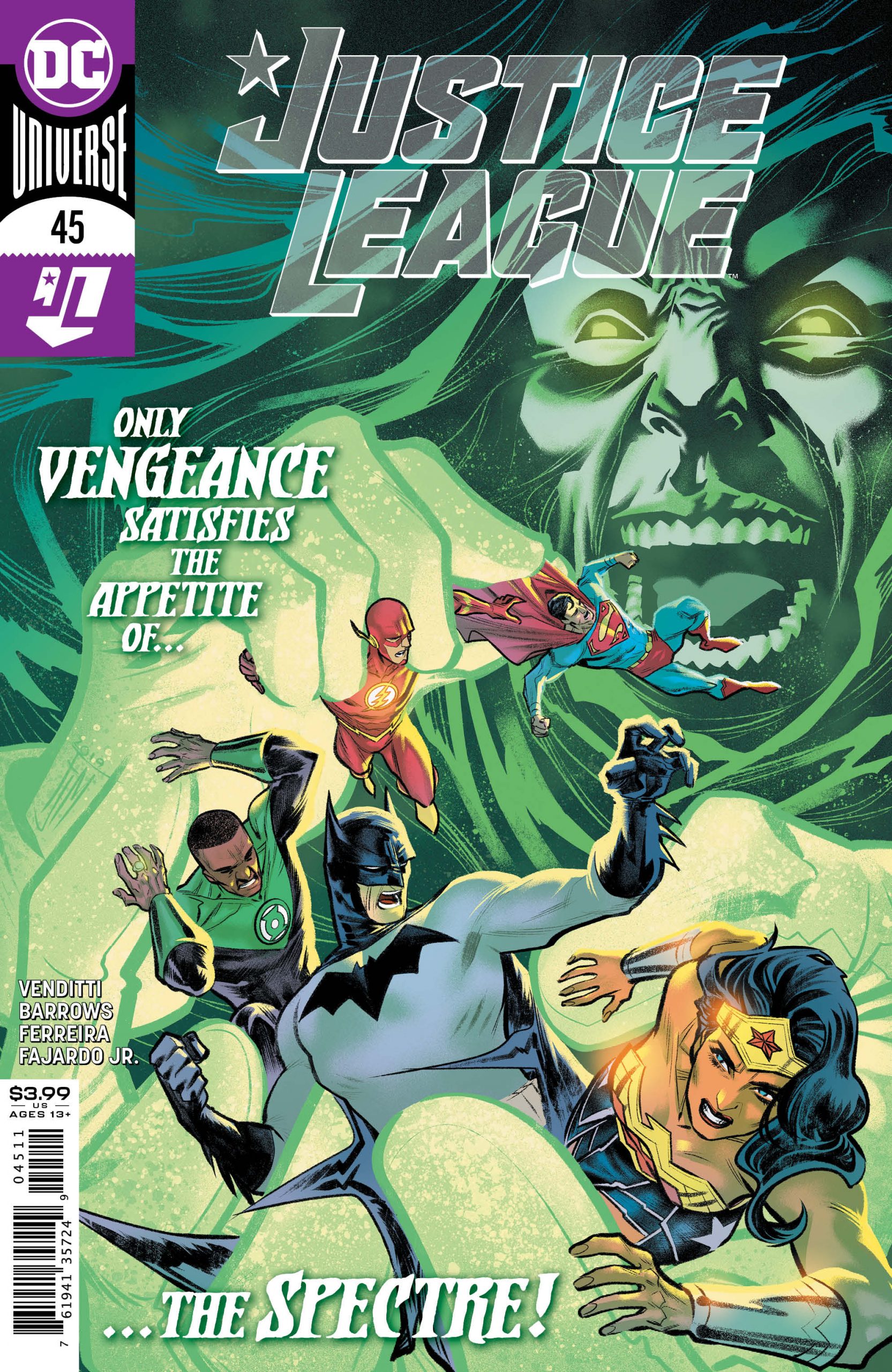 The League violently air their grievances with each other, as an unfettered Spectre unleashes Divine vengeance, in this week’s Justice League #45.

Jim Corrigan (the Spectre’s human counterpart) has decided that he needs a vacation. He’s become tired of implementing God’s judgement on the wicked, so the dead detective has opted for a lovely getaway on the exotic island of Themyscira. However, upon his arrival, he’s greeted by a group of angry Amazons. These angry warriors punish Corrigan for ignoring the “no boys allowed” rule by throwing him into Tartarus – aka “Greek Mythology Hell”. Baffled by Corrigan’s compliance, they then seal the gates behind him, and go about their business of being Amazons.

Meanwhile, the Justice League is having an all-out slug-fest with each other in Antarctica – see last issue. It seems that the League has quite a few underlying grievances. Unbeknownst to the team, the Spectre’s presence has brought these issues to the surface, turning unspoken slights into violence. The League then literally spends a solid ten pages griping while beating the heck out of each other.

More than half of Justice League #45 is one large action sequence, and it’s glorious. The current trend in comics is to limit action and spend more time unpacking complex plot lines, so it’s incredibly refreshing to have an issue of Justice League break from the norm. Writer Robert Venditti does an excellent job of pairing interesting heroes to brawl, exposing not only interesting physical conflicts but internal conflicts as well. This well-executed sequence exposes the rifts in the team. Essentially, Venditti uses a popcorn, action sequence to do some great character work. 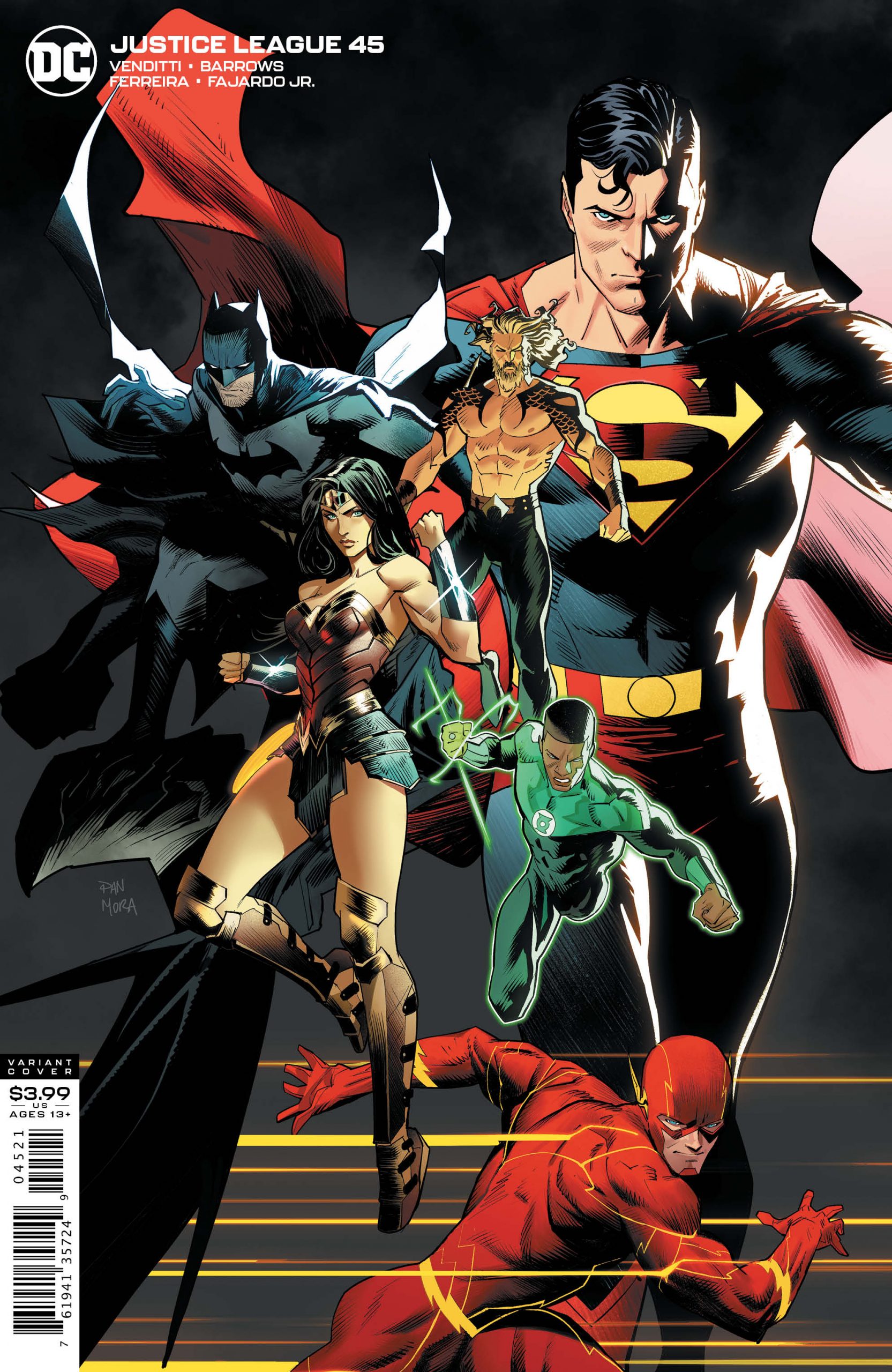 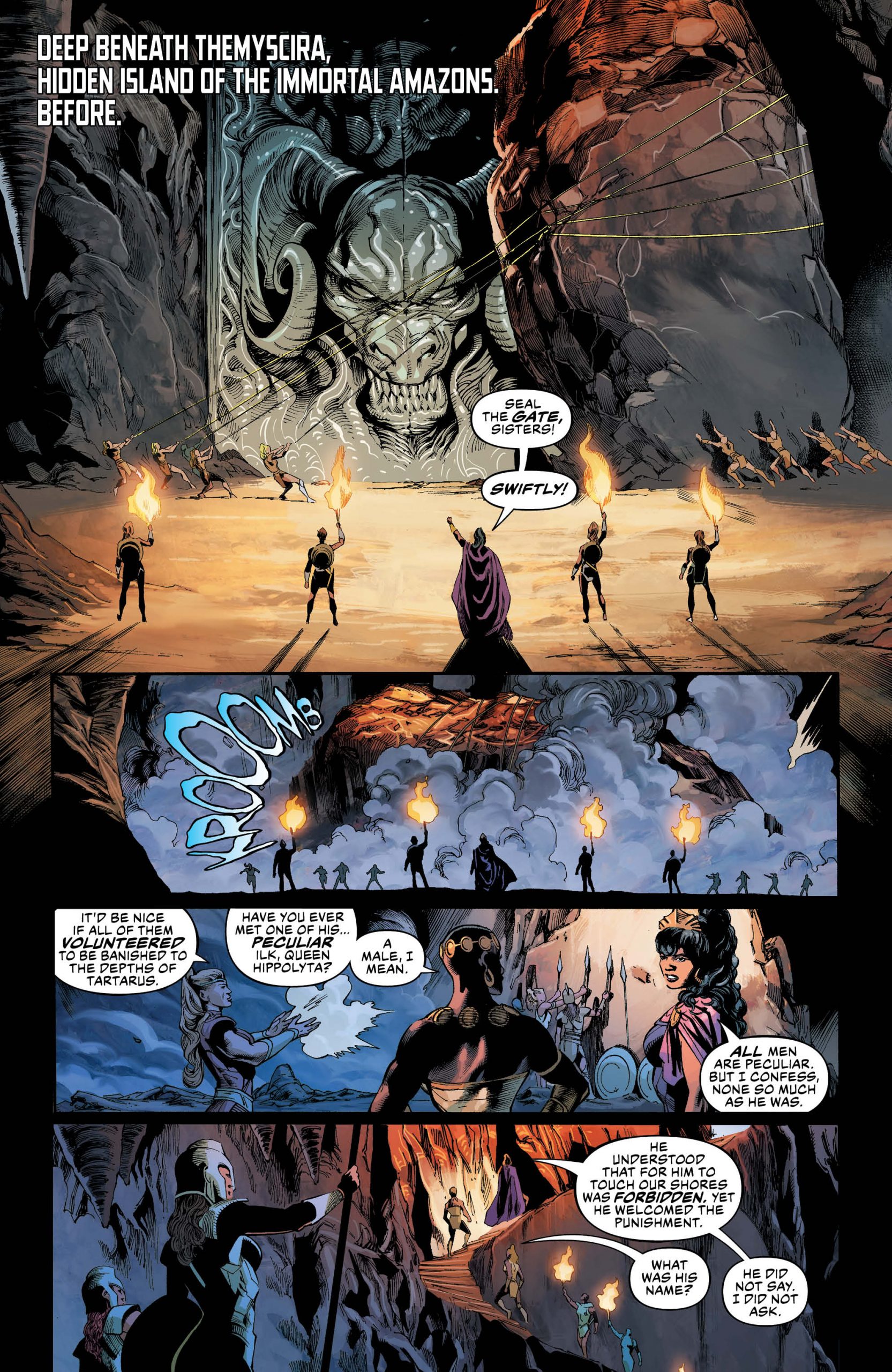 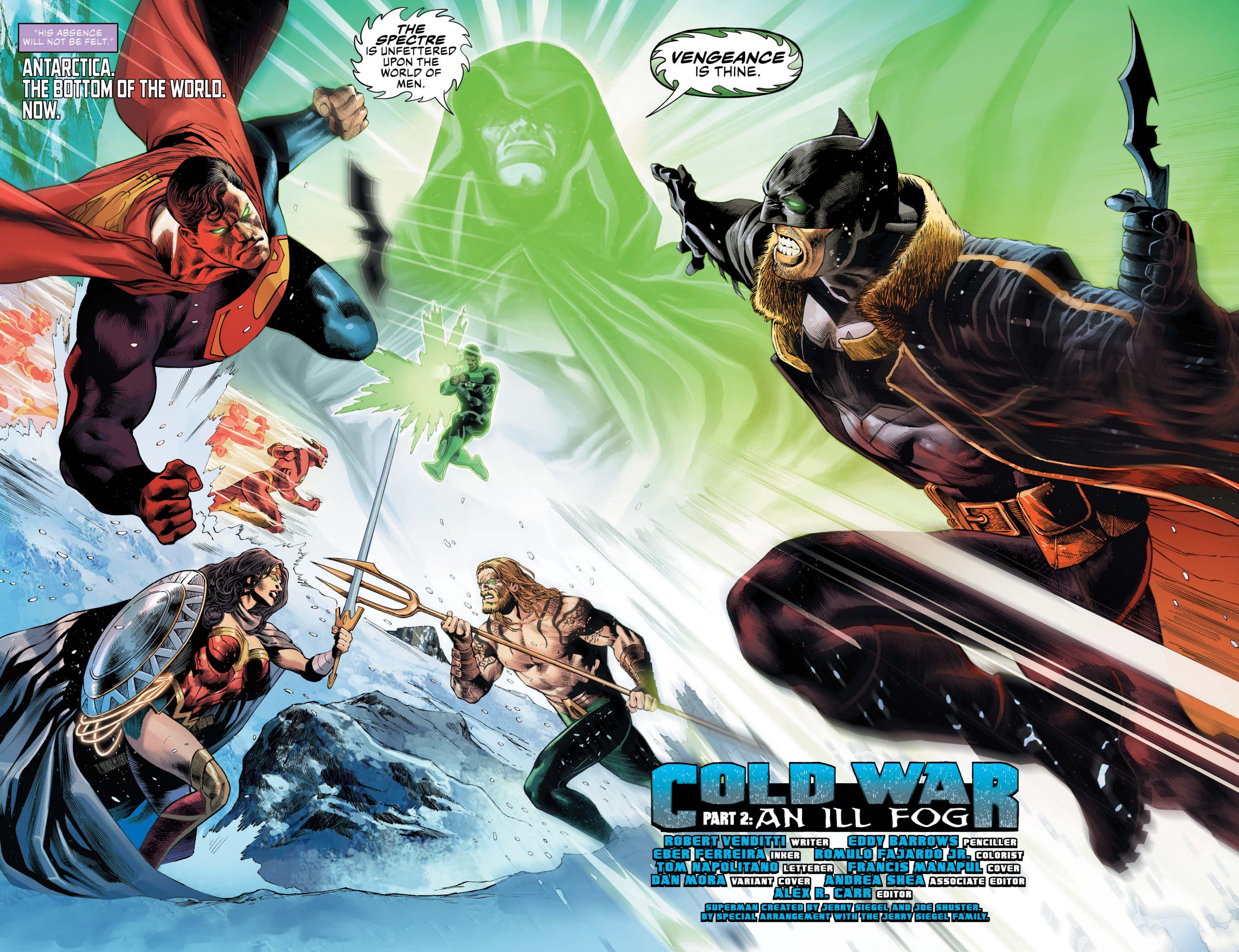 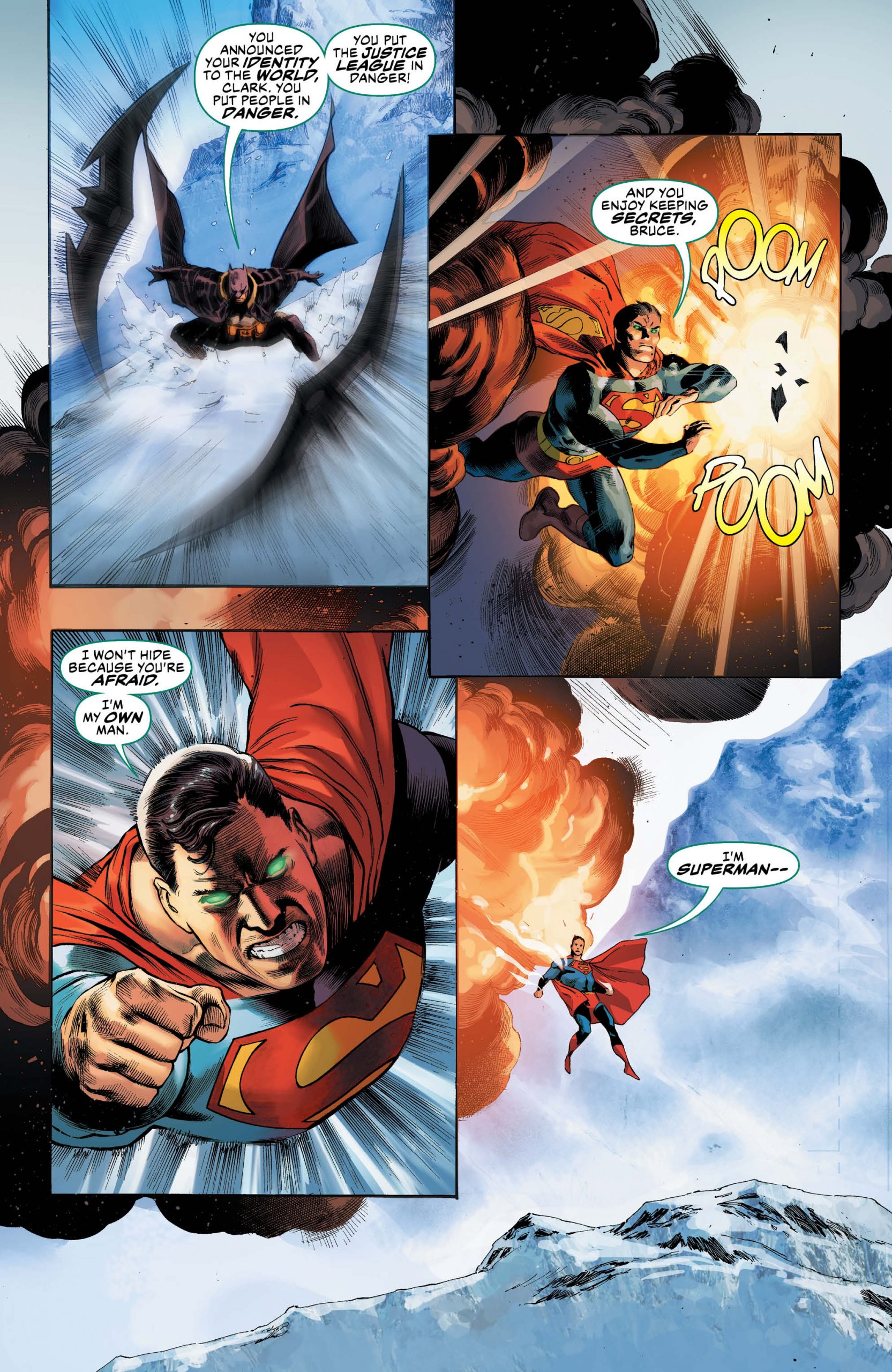 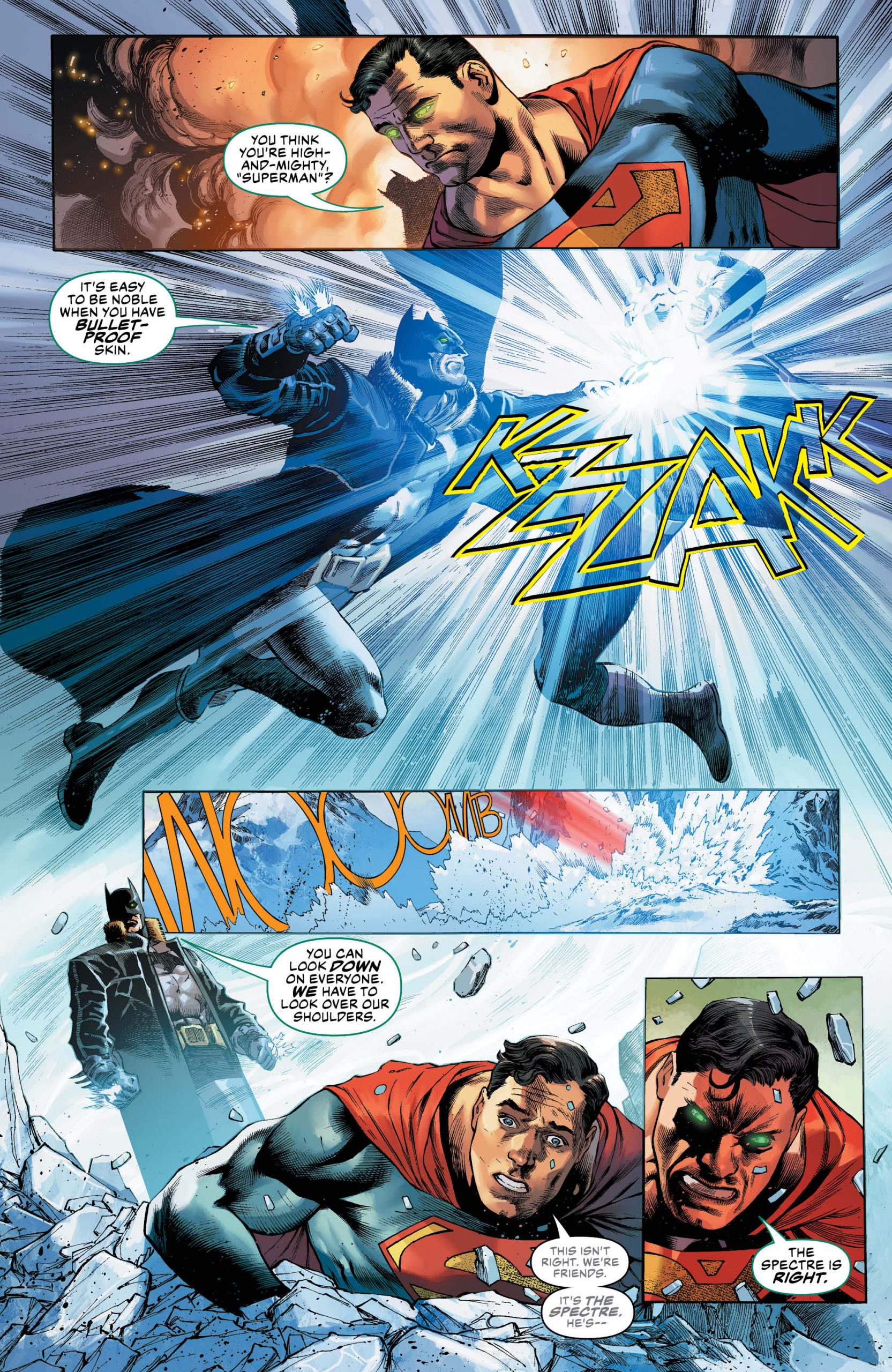 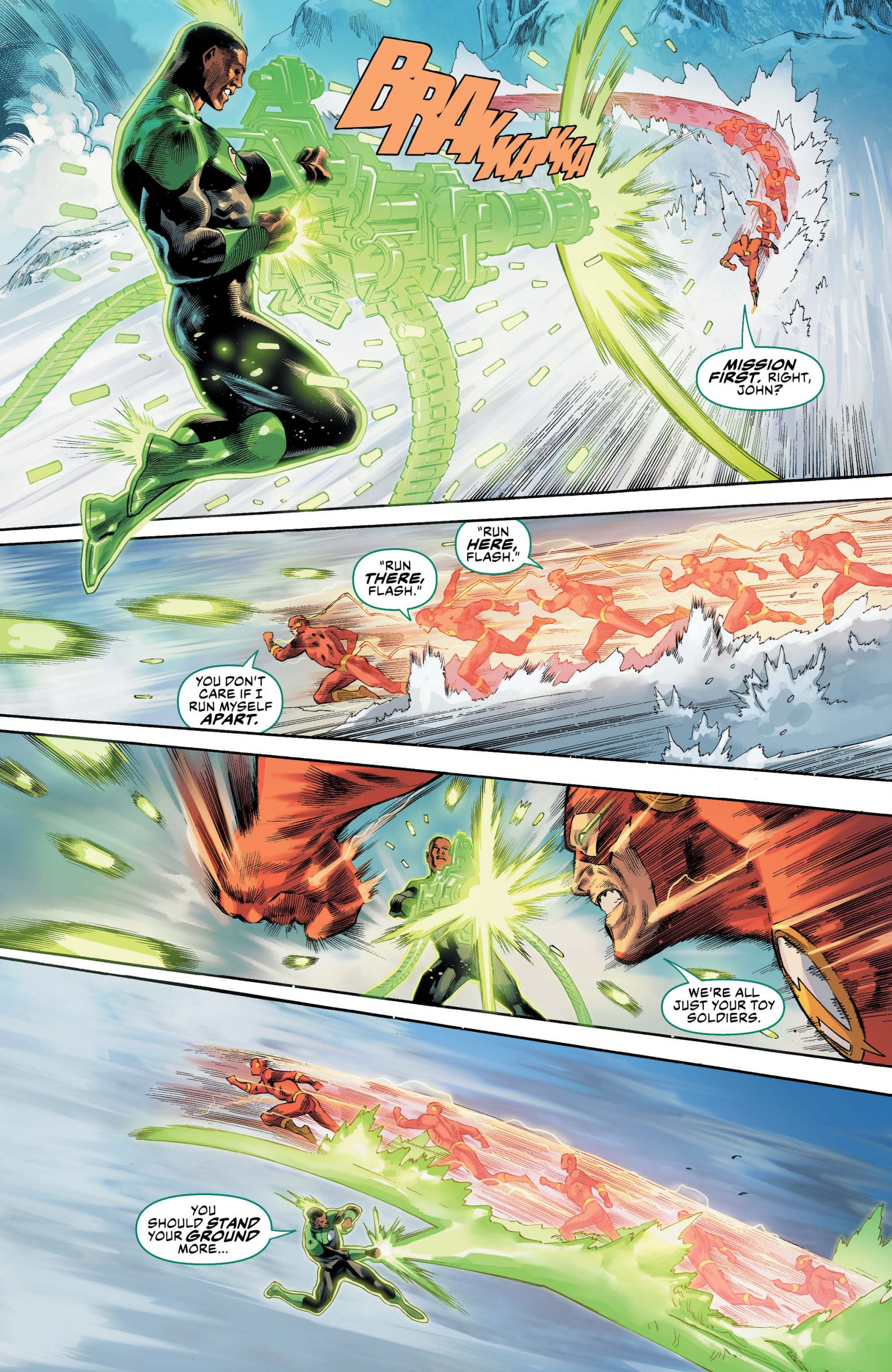 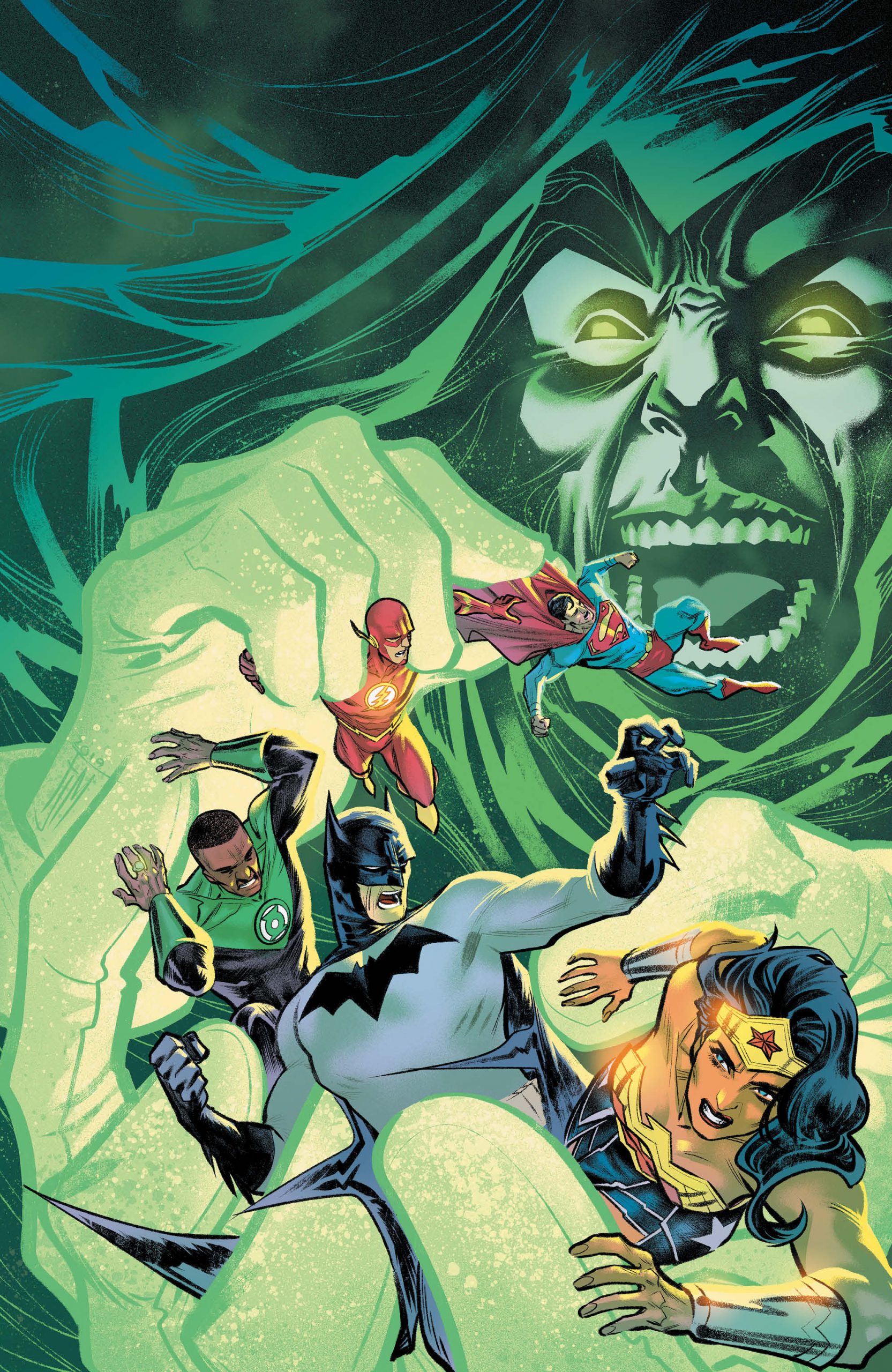 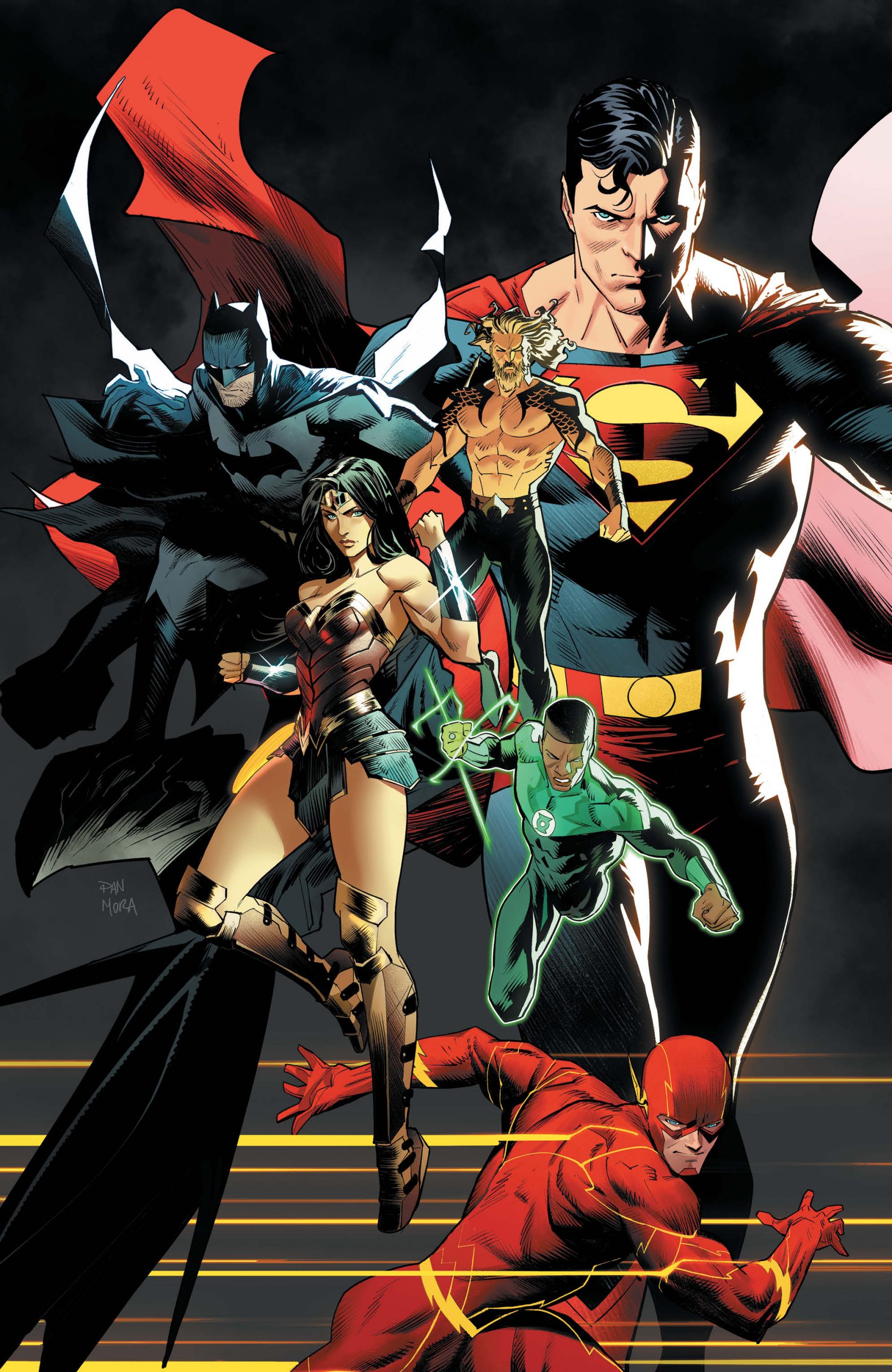 Eddy Barrows’ work on Justice League #55 is fantastic. His action sequence is a thing of beauty, rendering Earth’s Greatest Heroes in dazzling splendor. Also, the pacing of the sequence is very well constructed. Despite this fight sequence taking up more than half of the issue, it never feels drawn-out or dull. By varying the panel layouts, Barrows’ art captures the chaos and intensity of the League’s conflict. This issue has by far contained the best art on Venditti’s run, thus far. I’m hoping DC continues to tap him for Justice League.

Justice League #55 is a lot of fun. Although the issue is by no means groundbreaking, it’s nevertheless enjoyable. Venditti pens a wild script that showcases the League’s might. Barrow’s takes that script and elevates it with his bombastic artwork. Inker Eber Ferreira and color artist make the pages sing.