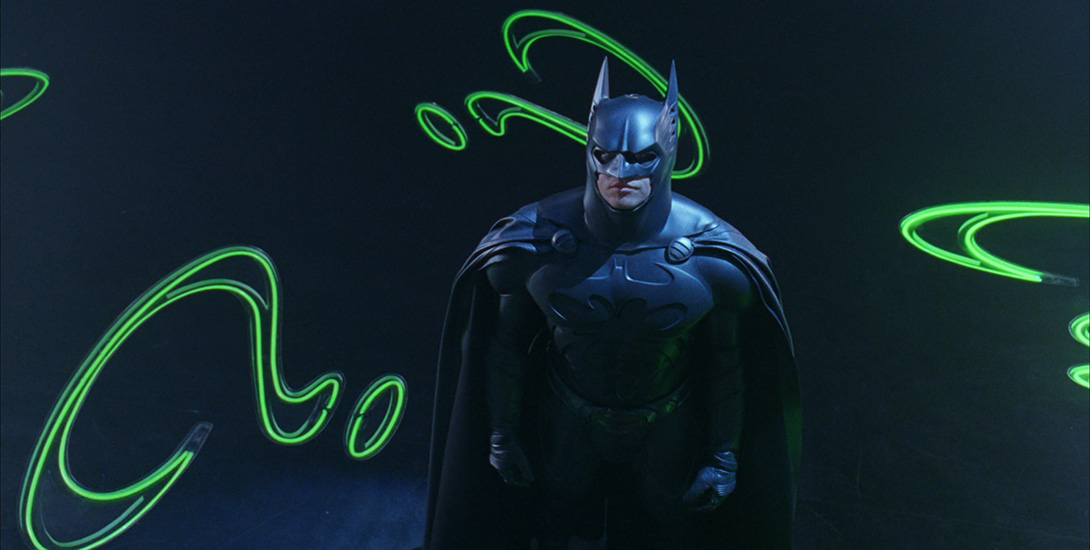 Batman Forever actor Val Kilmer recently talked about why he hung up the cape and cowl.

Kilmer portrayed Batman in the 1995 film Batman Forever, directed by Joel Schumacher. There were reports that Kilmer’s dedication to remain in-character caused friction between him and the director. However, his decision not to reprise the role eventually came down to two relatively mundane reasons.

In a New York Times interview, Kilmer stated that he simply did not enjoy playing the characters of Batman/Bruce Wayne by the end of the project. The actor recounted a time when real-life billionaire businessman Warren Buffet and his grandchildren visited the set.  According to Kilmer, he even kept the Bat-suit on for the kids. But the children had zero interest in talking with him, instead, they wanted to put on the cowl, play with the props, and ride in the Batmobile.

The Batman Has to Be a Symbol…

At that point, Kilmer felt a little interchangeable and expendable. It could have been anybody wearing the Batman mask and the kids would have reacted the same. The actor realized Batman’s persona overpowered his own fame.

That’s why it’s so easy to have five or six Batmans. It’s not about Batman. There is no Batman.

Val Kilmer also stated that there was a scheduling conflict with filming 1997 movie The Saint. The movie made Kilmer unavailable to film the next Bat-sequel. As Bat-fans know, Kilmer was unceremoniously replaced by George Clooney, who went on to star in the critically-panned, but hilarious Batman and Robin.

While Kilmer’s Batman was not necessarily bad, in my opinion he did lack a certain “fire” for the role. For me his Bruce Wayne performance was pretty bland, and he didn’t have the weird neurotic, silent psychosis vibe, that Michael Keaton portrayed. Nor did he have Christian Bale’s intense, troubled character. On the other hand, his Batman was still a silent, strong knight, unlike Clooney’s take. All in all, I found Kilmer pretty mediocre in the role.

What did you think? Sound-off in the comments!