Andy Serkis Hints that ‘The Batman’ May be “Darker, Broodier” 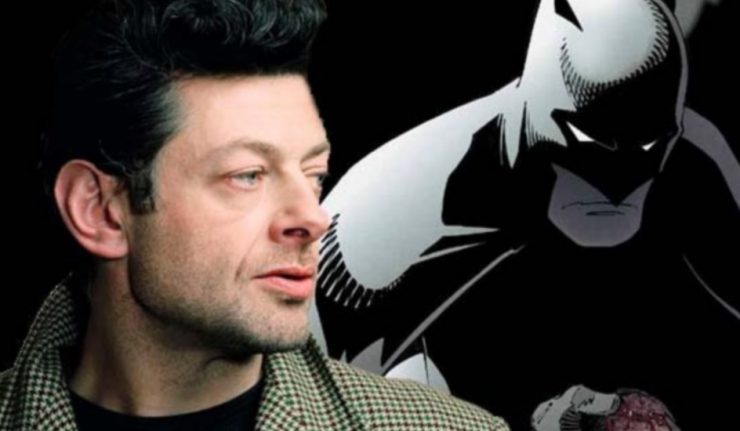 Back in March, when the quarantine in the US was just beginning, production on Matt Reeves’ The Batman was shut down. This was originally meant to be for two weeks, but has since been delayed indefinitely. This has caused WB to push back the release date from June to October next year. While it’s a bit of a bummer, it’s all for the best to help stop the spread of the virus. Without knowing too much about the film, it seems that The Batman may be darker, if we’re to believe Andy Serkis’ hints.

In the middle of editing Sony’s Venom: There Will Be Carnage, Andy Serkis spoke with LADBible. If you didn’t know, the man who brought Gollum and Caesar to life is playing Batman’s closest confidante, Alfred Pennyworth. In the interview, Serkis spoke about entering the role after Michael Caine. He praised Caine’s take as “legendary.” Knowing that he will not be able to re-create Caine’s performance, he talks about the need to make his own, likening it to a role in Shakespeare and the myriad of people who revisit the bard’s material all the time.

However, the more interesting news that comes out of this is that LADBible point-blank asked if this Batman will be “darker, broodier” than previous versions. Serkis simply laughed and said,

I would say that’s not far from the truth.

Obviously, not confirmation at all, but interesting choice of words. But for the most part, if Andy Serkis hints at it, it’s something, right?

Something that he did add that wasn’t anything that I was aware of was that the relationship between Alfred and Bruce take center stage. He says,

It’s very much about the emotional connection between Alfred and Bruce. That’s really at the centre of it. And it is a really exquisite script that Matt has written.

Not particularly groundbreaking, as the Dark Knight trilogy also focused heavily on that subject, it’s still fairly interesting to discover. Serkis being a phenomenal actor really helps sell that this will be an outstanding part of the flick. Given that this is Batman relatively early in his career, it seems that he will be looking to Alfred for much guidance.

The article ends with Andy talking about how

It’s going to be a beautiful film.

The Batman will now hit theatres on October 1, 2021. Stay tuned to DKN for more updates.