Gareth Evans Reveals What Influenced his Pitch for the Deathstroke Movie 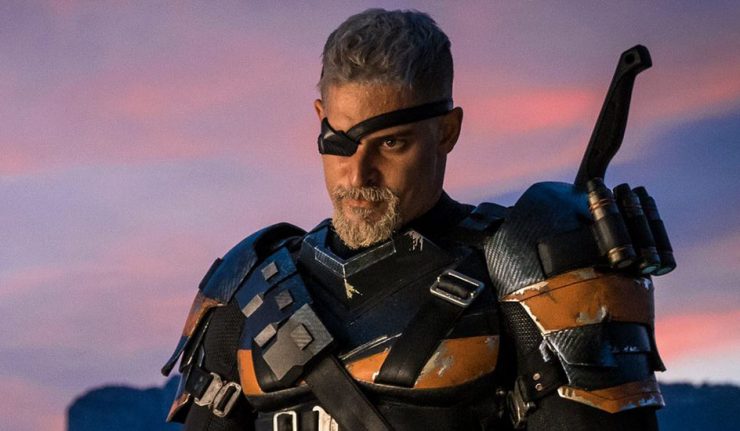 Back in 2017, when we were all still hopeful for DC’s movie universe, WB was looking forward to a bright future. There were plans for so many movies that got most fanboys hyped. One villain in particular seemed like he would have been integral to the grand plan. So much so that he would have gotten his own standalone movie. Gareth Evans, the man responsible for the brilliant The Raid, was announced to helm a Deathstroke solo movie. It would star Joe Manganiello as the mercenary. Since then, however, with so many personnel changes, the movie has shuffled into obscurity. With the project never coming to fruition, Evans took to the press recently to reveal what influenced his pitch for the Deathstroke movie.

There were definitely big plans for the big baddie. The post-credits scene of Justice League teased the formation of an Injustice League, with Deathstroke and Lex Luthor being the first recruits. Following that, we would have seen the Terminator engage with Batman in the Batfleck-directed solo movie. Unfortunately, with the poor reception of JL and Affleck’s decision to step down, it seemed like the Deathstroke was marked for termination (Bad pun, but I stand by it.) WB/DC began quietly dismantling some of their plans for the DCEU and Deathstroke’s movie was among many that will never now see the light of day.

Nearly three years later, Evans has moved on to release a new series called Gangs of London. While doing press rounds for the show, Yahoo! interviewed him to ask about his pitch for the Deathstroke movie, where Evans was surprisingly very candid to speak on it.

Though no plot points have been revealed, Evans did confirm that it would have been an origin story for the villain. He expressed desire to create a leaner movie that didn’t exceed two hours, hoping for 110 minutes max. Evans explained that he’s not much of a comic book fan, but did read up on the character. Upon discovering Deathstroke’s origin, Evans wanted to

Do something quite Shakespearean, in terms of how he loses his eye, and how he gets created as the character that he is.

Based on Slade Wilson’s origins, it would have heavily focused on tragic, family drama. It would have also been told in a very poetic way.

At the time, Evans was heavily inspired by South Korean films saying:

Back then, I was massively influenced by the noir films coming out of South Korea, so that was my pitch. I was like, these films are amazing: the texture, and the tones of colours, the grit and the aggression of them is super interesting to use to tell Deathstroke’s story.

Evans is known for making grounded films with incredibly well-choreographed martial arts. Therefore, it seemed that he was looking forward to add a little of bit of flair to his movie.

We had ideas of the kind of style that we would have gone for with that, which would have married some of the more grounded style that I have, but then because of the world of it, it would allow me to be a bit more flamboyant and a bit more stylised. We could have taken it in some really interesting areas.

If you’ve seen any of Gareth Evans’s work, you’d know that he likely was a very good fit for this character. Slade’s origin story, while full of comic-booky drama, is not at all difficult to ground in reality. Given that Evans knows how to shoot pulse-pounding action sequences, we could have gotten a wonderful martial arts comic book movie.

This was a pretty great read into Evans’ pitch for the Deathstroke movie. Unfortunately, we won’t be seeing it any time soon, if at all. In the meantime, we still have both the Arrowverse and Titans‘ takes on the Terminator to enjoy until WB/DC finally decide to put effort into a movie about the mercenary. 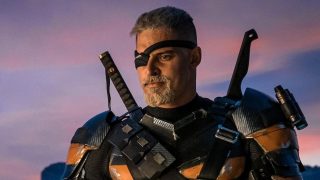