“Living With Both Faces” 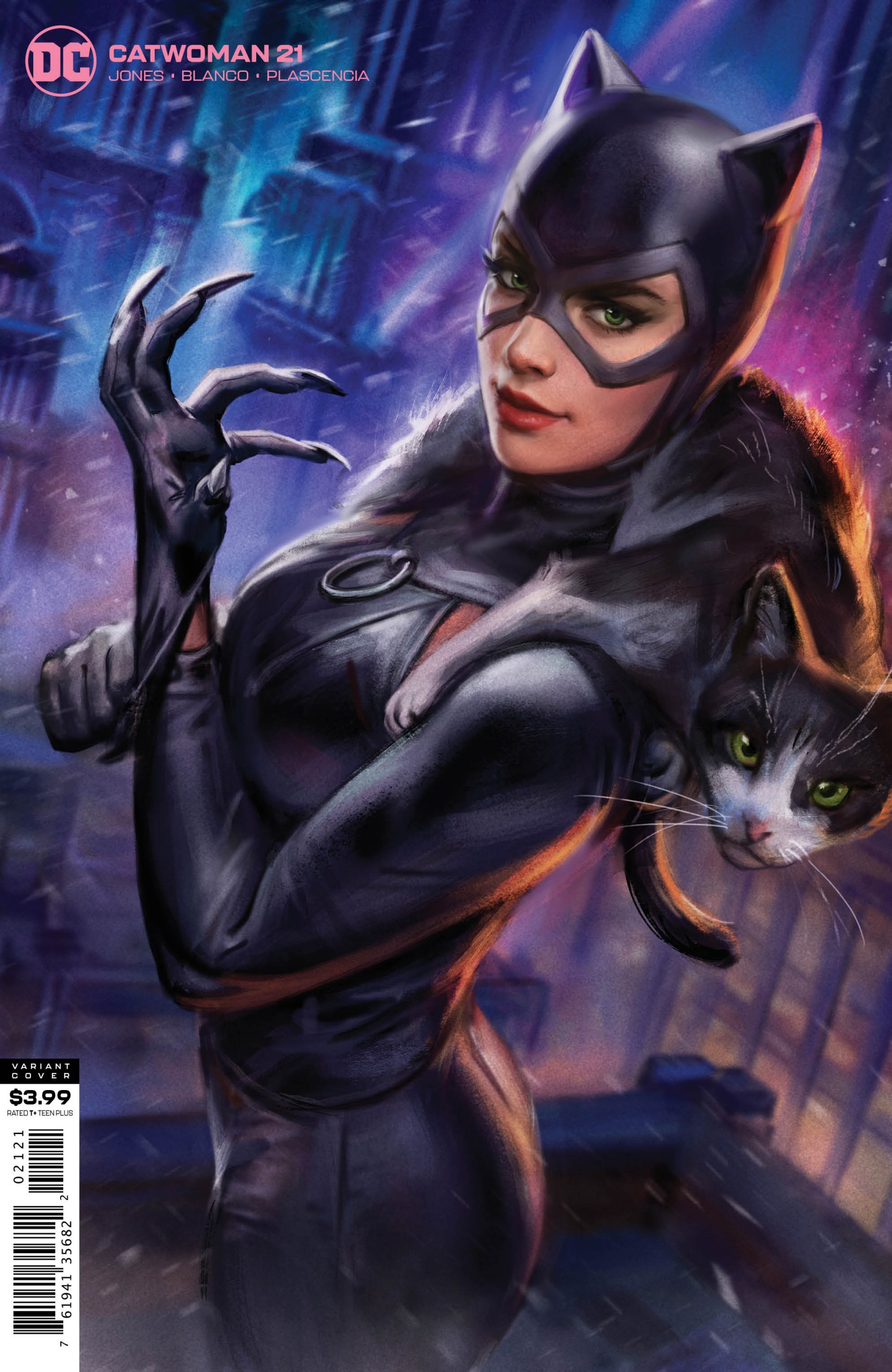 The dramatic conclusion that the title truly deserved. I can’t think of another way that Catwoman #21 could have gone any differently… or any better. With the success of Creel’s plans, misusing the waters of the Lazarus Pit, the people of Villa Hermosa will never be the same. Catwoman battles the feelings inside herself every bit as much as she does the villain she’s been gunning for, for over 20 issues. It makes for dynamic storytelling in 22 short pages.

I mean it when I say that the super villain isn’t the enemy here, and the ranks of zombies aren’t the bad guys either. We can count on Catwoman, someone trained by Batman and a veteran of the martial-arts to be able to handle herself. The real enemy is herself. The opening pages masterfully show her wracked with guilt and uncertainty. She talks on about how little sleep she’s had. Catwoman is tired. 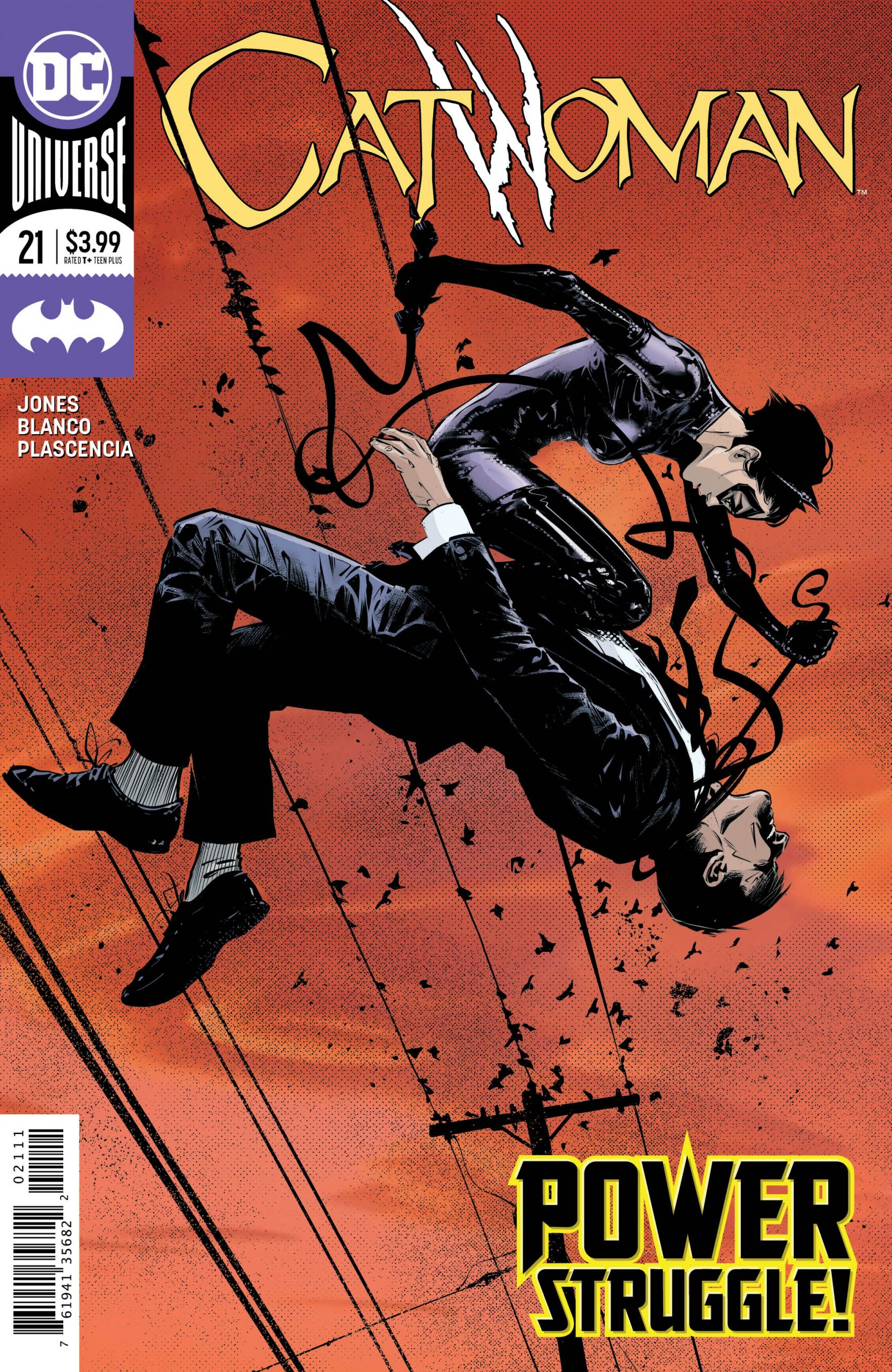 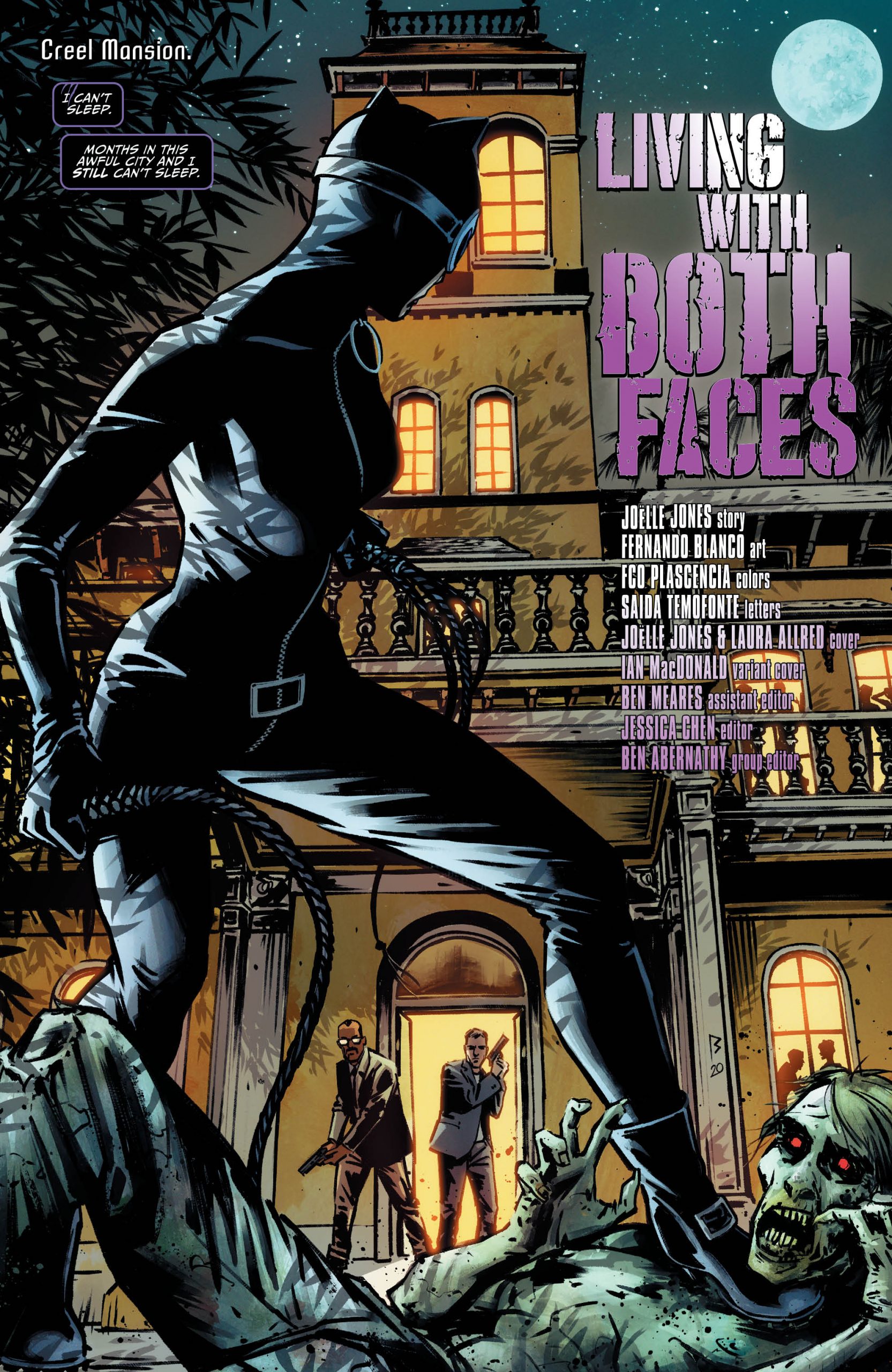 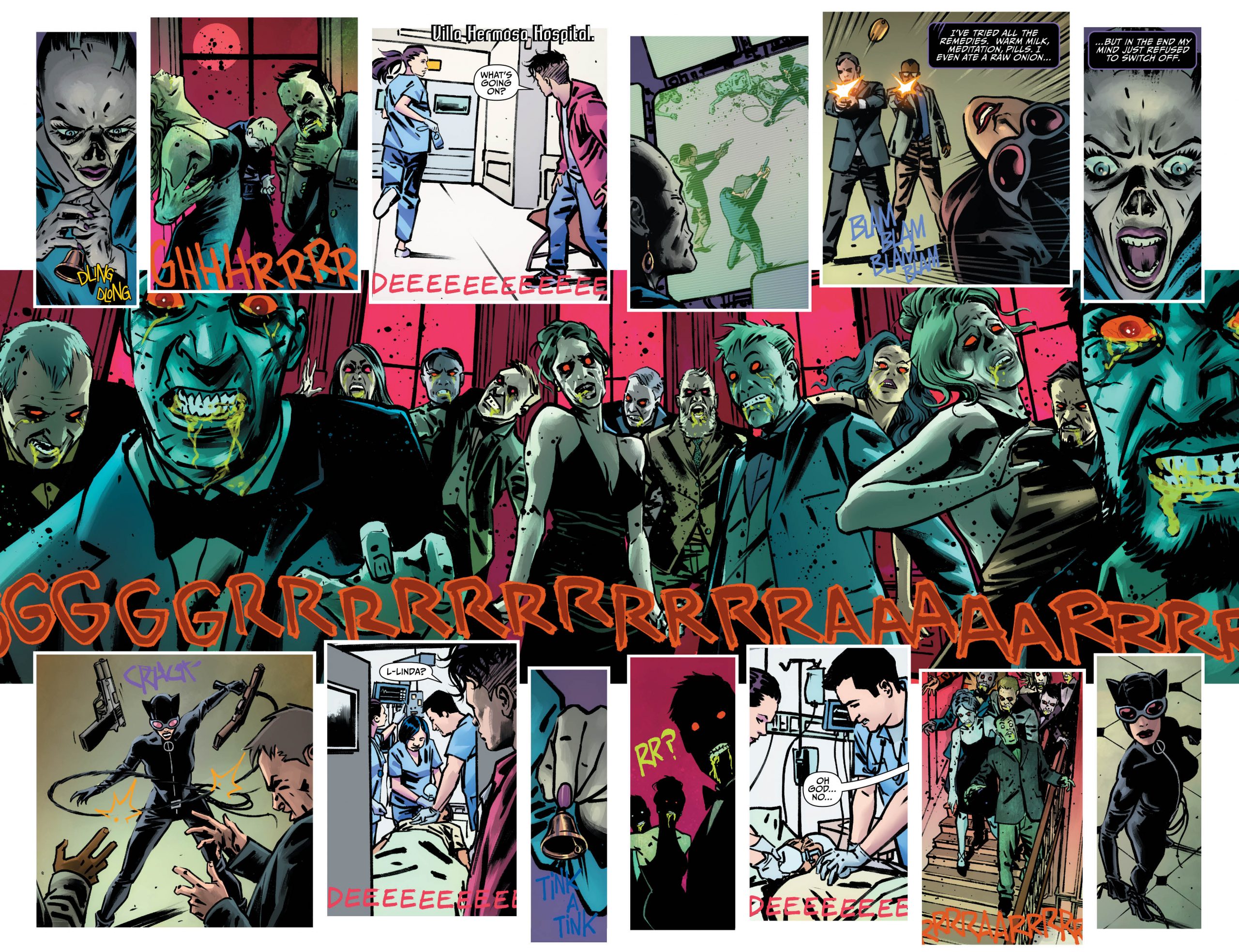 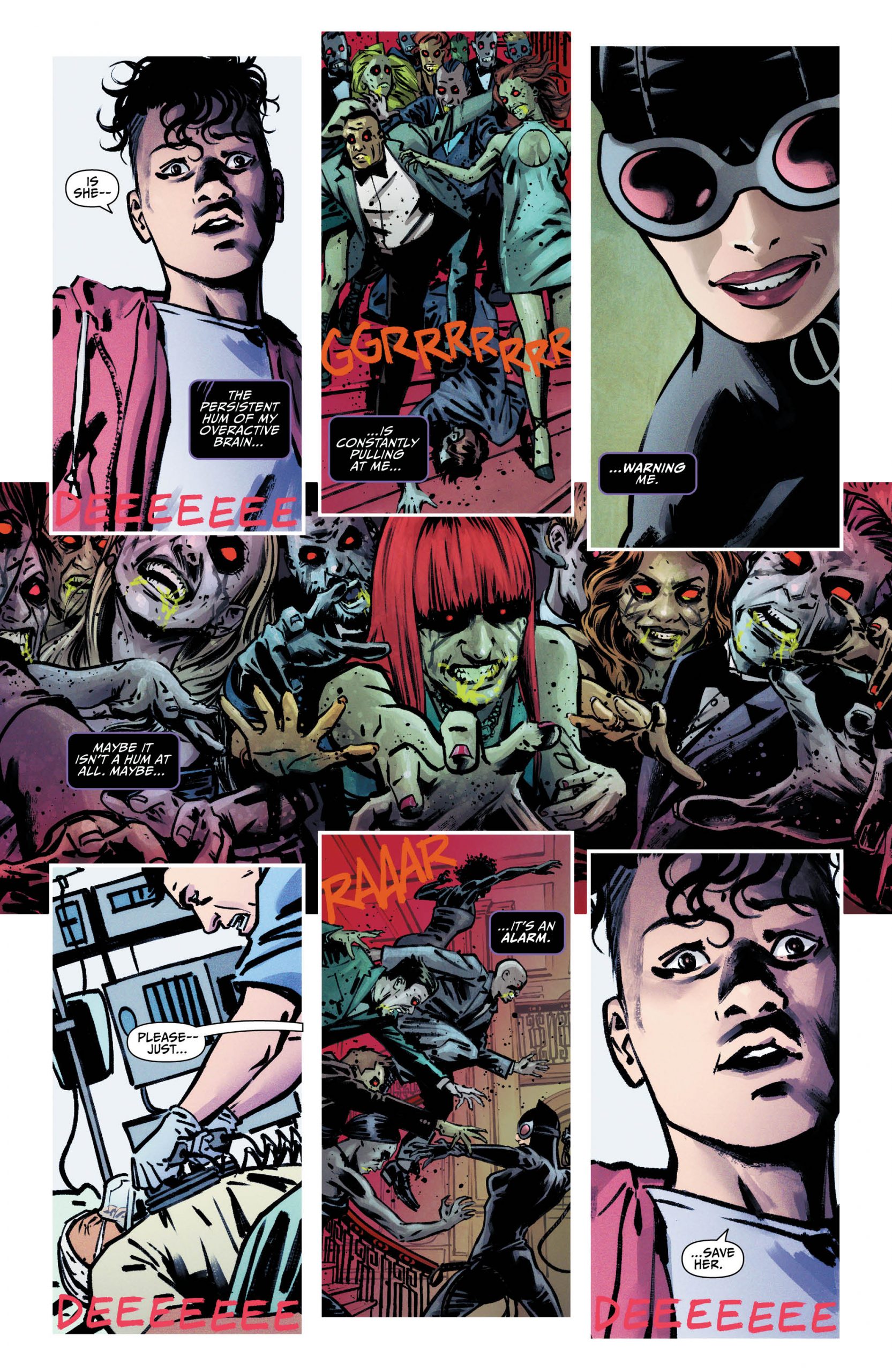 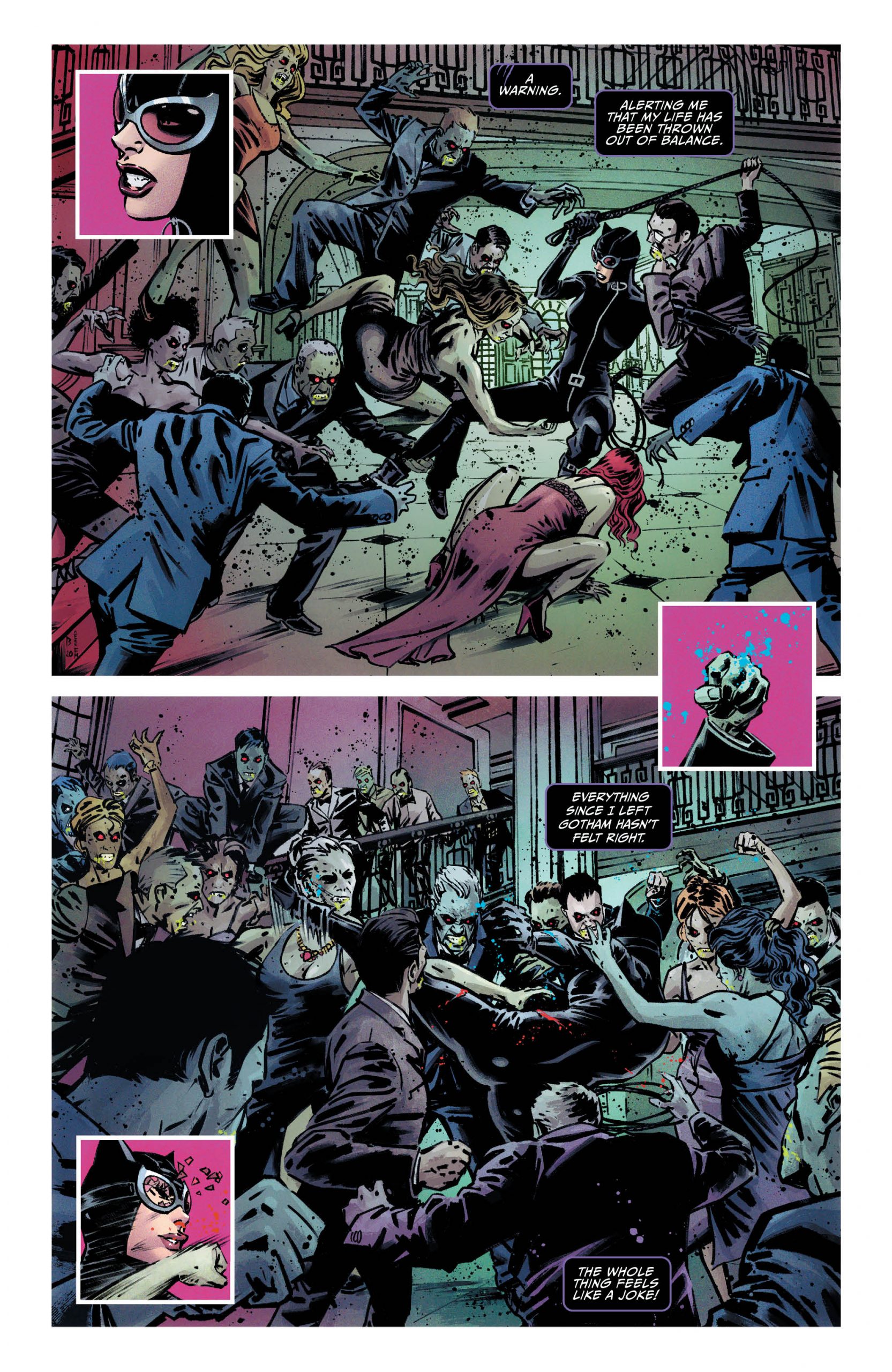 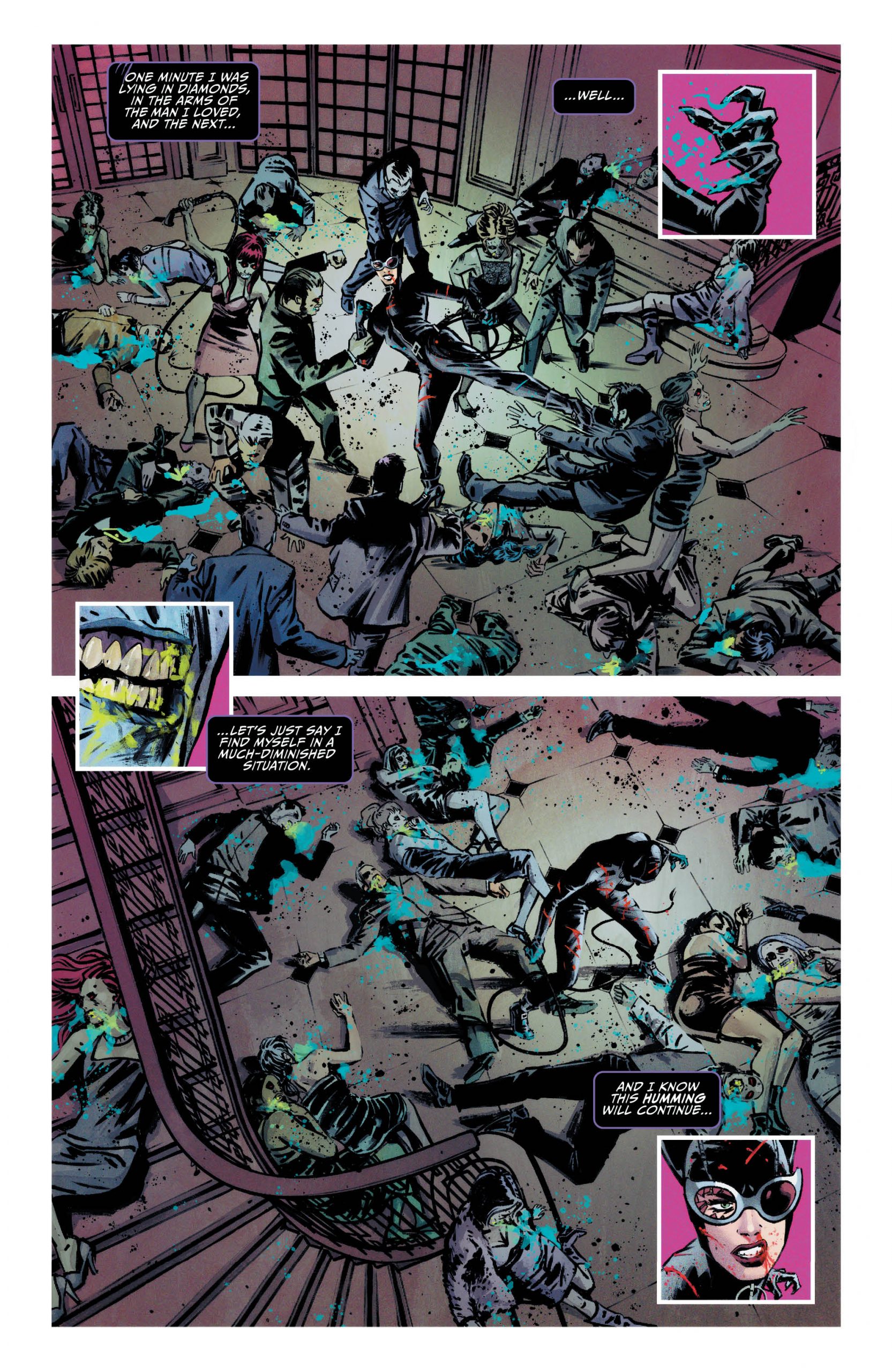 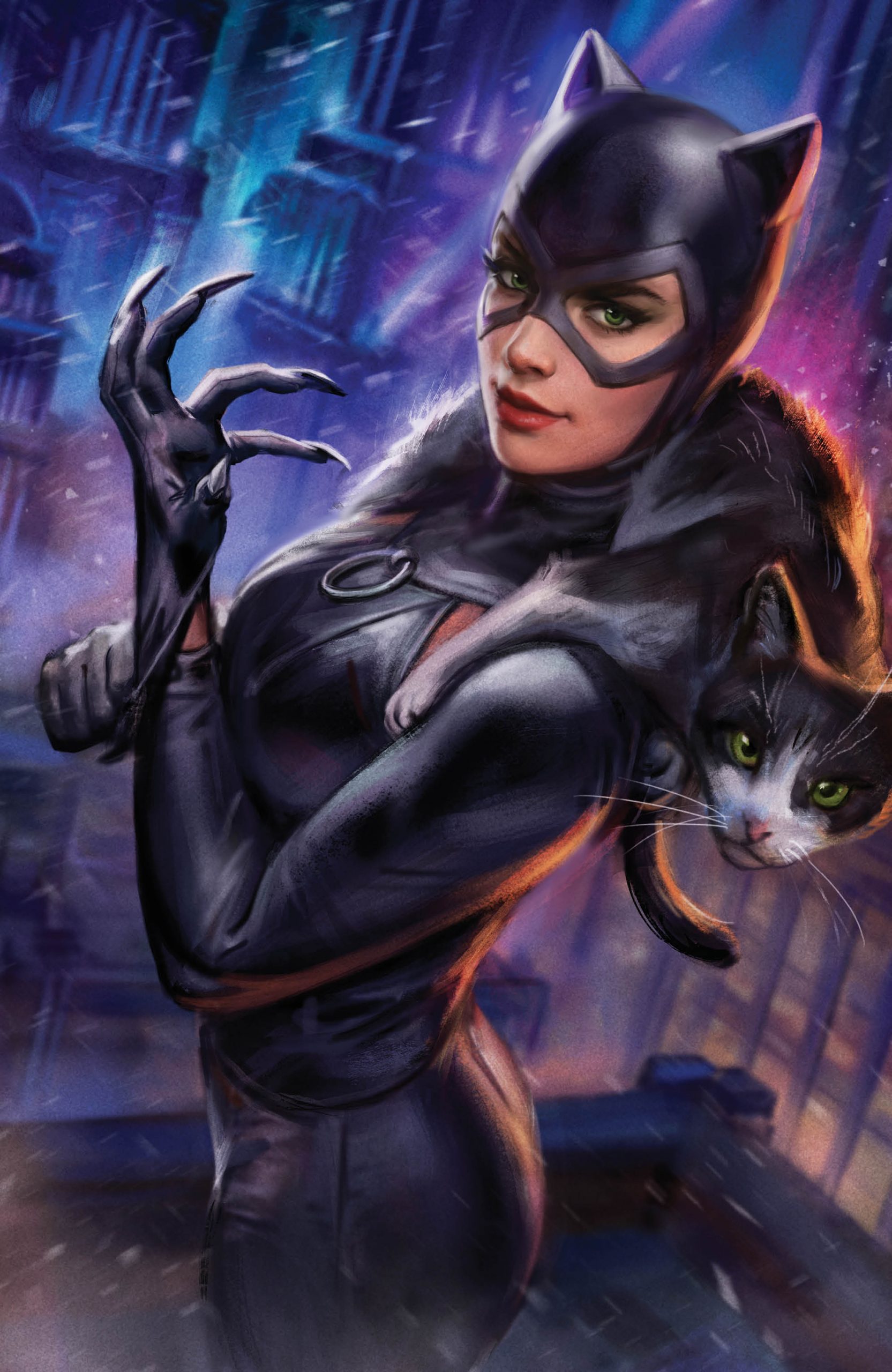 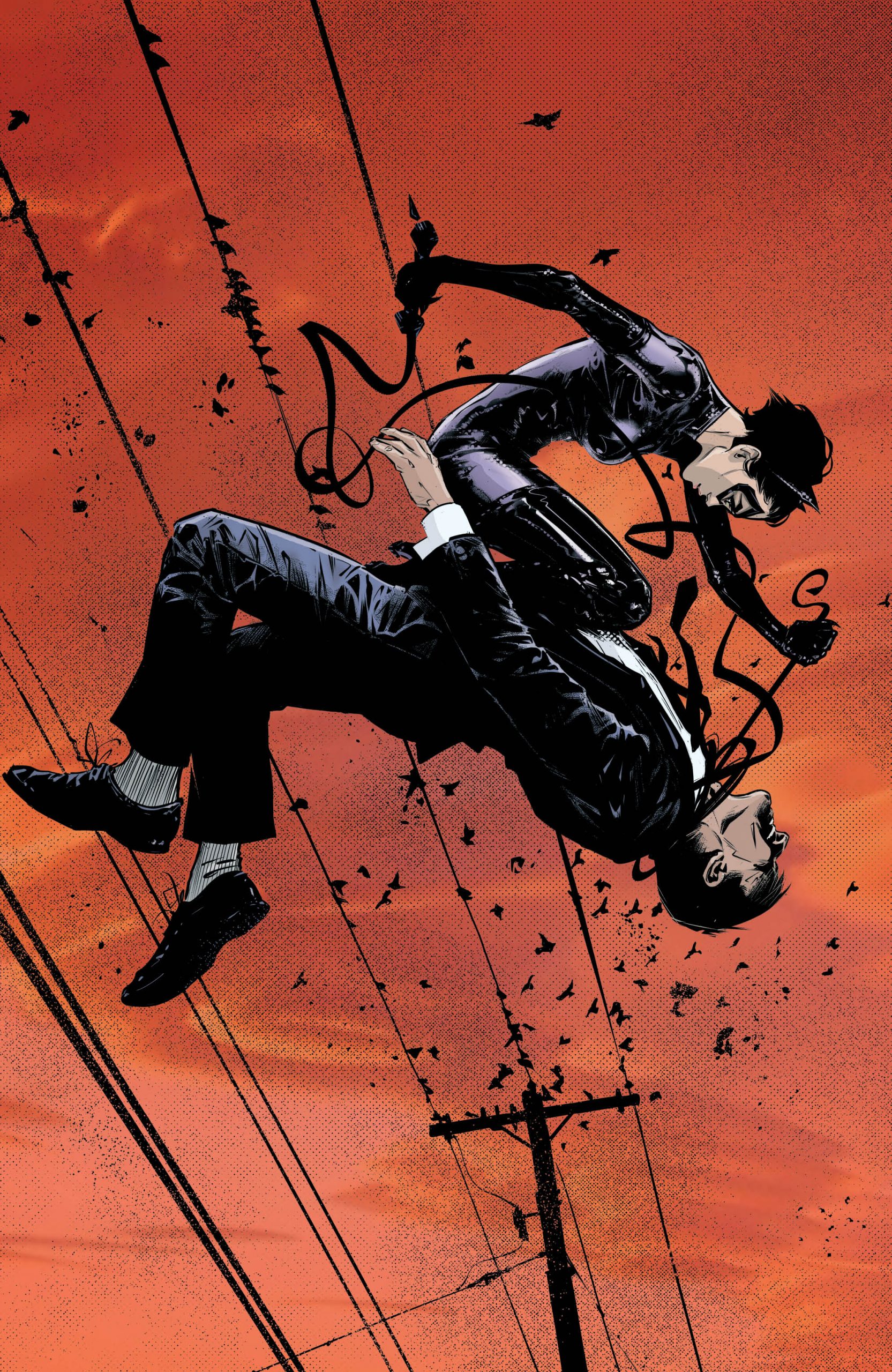 I love the idea of her becoming a weary hero. Someone doing something because she has to, and not even out some kind of duty. When you pair the strong themes with the quick cuts and intense action this issue brings, it adds up to unique and powerful stories.

The arc concludes exactly the way it should, with a beautiful image of our heroes riding off into the sunset. It falls into the old conventions of a western, which is not what I’d expect from this title. At the same time, we have all the stuff on Catwoman’s mind, now being on ours. Catwoman #21 fills us with the questions and doubts she has in herself. This ending also leaves the path open, and this reader excited for the character’s boundless potential.