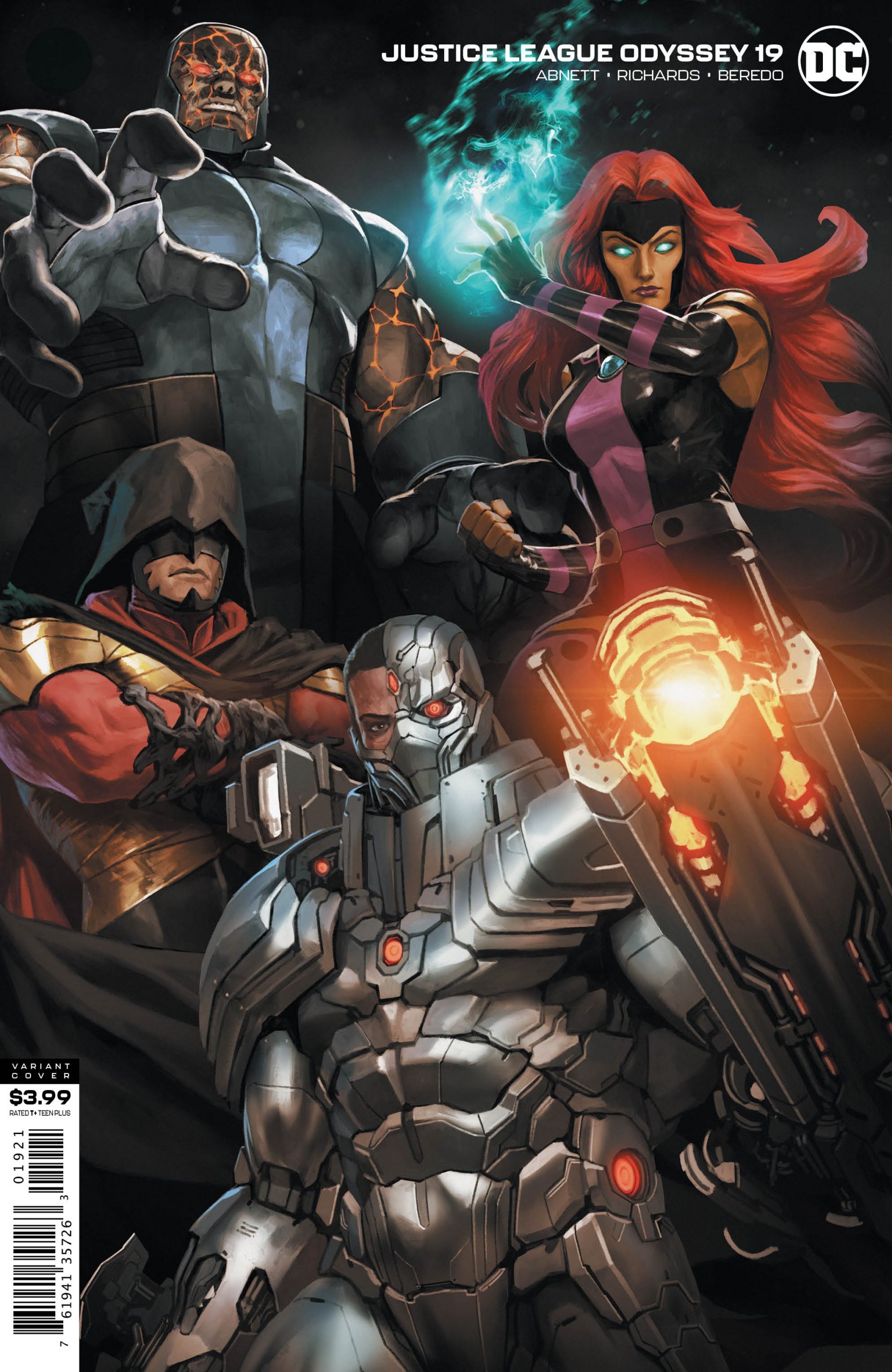 In Justice League Odyssey #19 – Lost beyond the edge of the universe, the misfit team of Justice League Odyssey crosses paths with Epoch. The Lord of Time has a great plan to solve everything, but it might be the single most dangerous thing anyone has ever attempted. As Jessica Cruz and her team try to figure out if he’s a genius, crazy…. or both, time is running out.

A new threat is closing in on them, in the form of Darkseid’s latest generation of lethal New Gods.

This is a ‘verbal tic” that seriously got on my nerves during the entire New God exchanges.  As educated readers, we get it! Dan Abnett does as well as Epoch is told that “none of us are time grammar fluent”. I love that Abnett can both go super deep in another invented dialect, but can also provide the reader some relief, in that they can simply pick up an issue of JLO and not be encumbered by the dialogue – deep space or not!

Epoch’s run the numbers for two hundred years; he’s compiled data for 27 centuries and calculated every possible scenario for eradicating Perpetua, Apex-Lex and Darkseid… but do his maths add up? Everyone thinks that Jessica is emotional and wanting to save both Starfire and Cyborg, but no one else on the team is picking up what she is putting down. If the team can get out of this jam, serious trust issues are being exposed in regards to them even being a team at all.

Orion’s a bit perturbed at Jessica, due to her allegiance to Cyborg. Only time will tell if Vic can be saved, as the conclusion of the book doesn’t look good for him nor for the rest of the original JL Odyssey team. 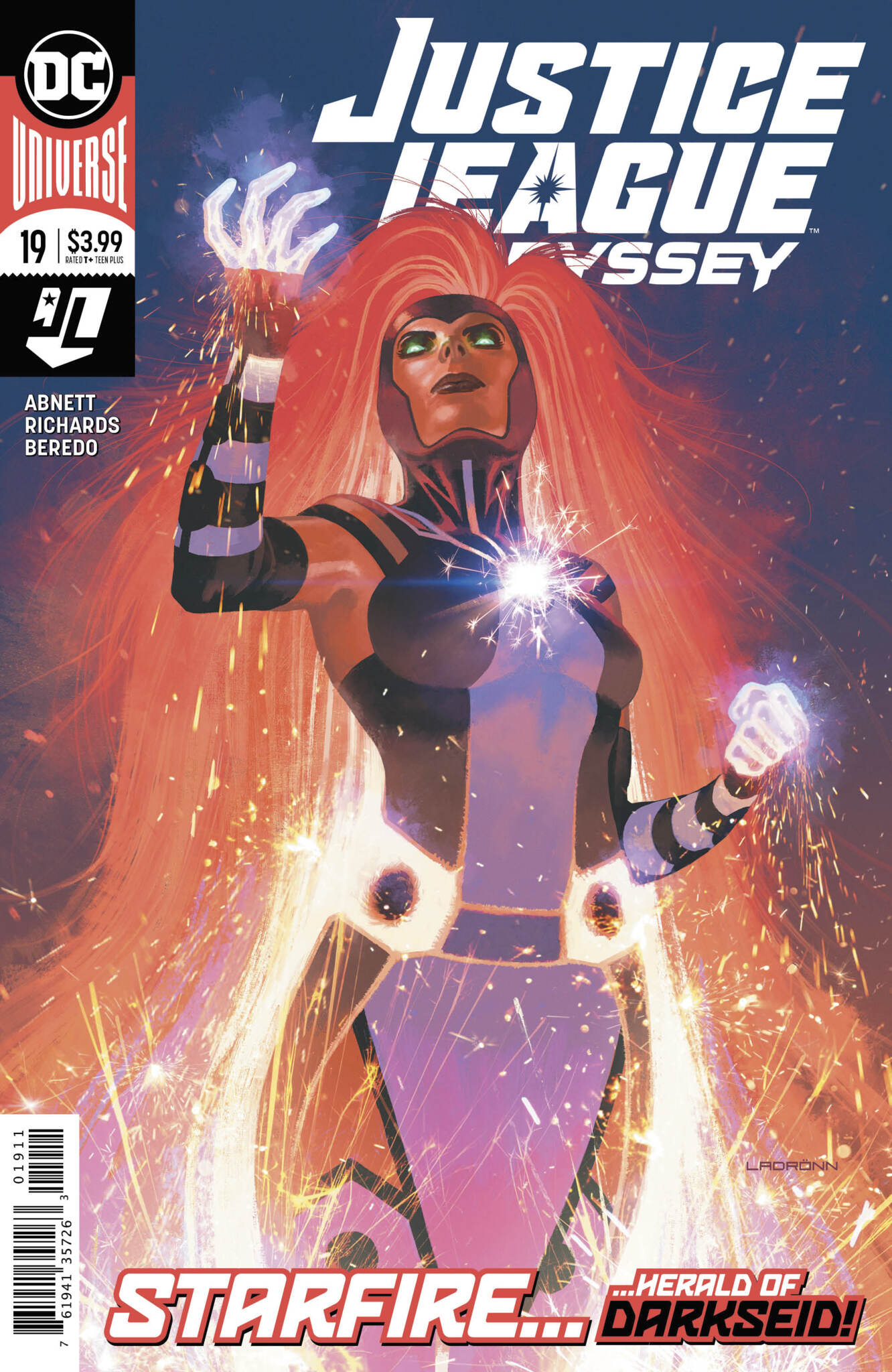 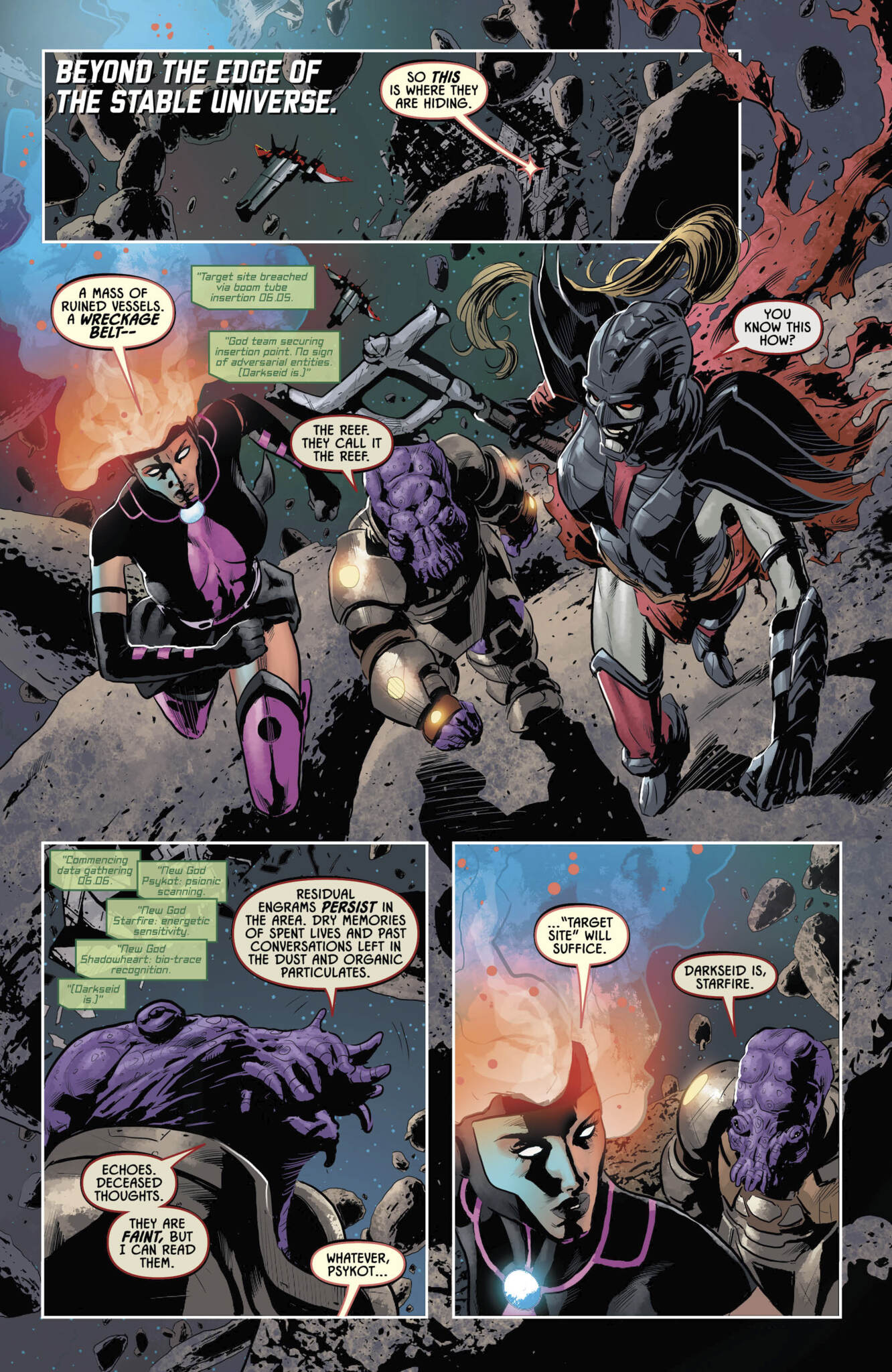 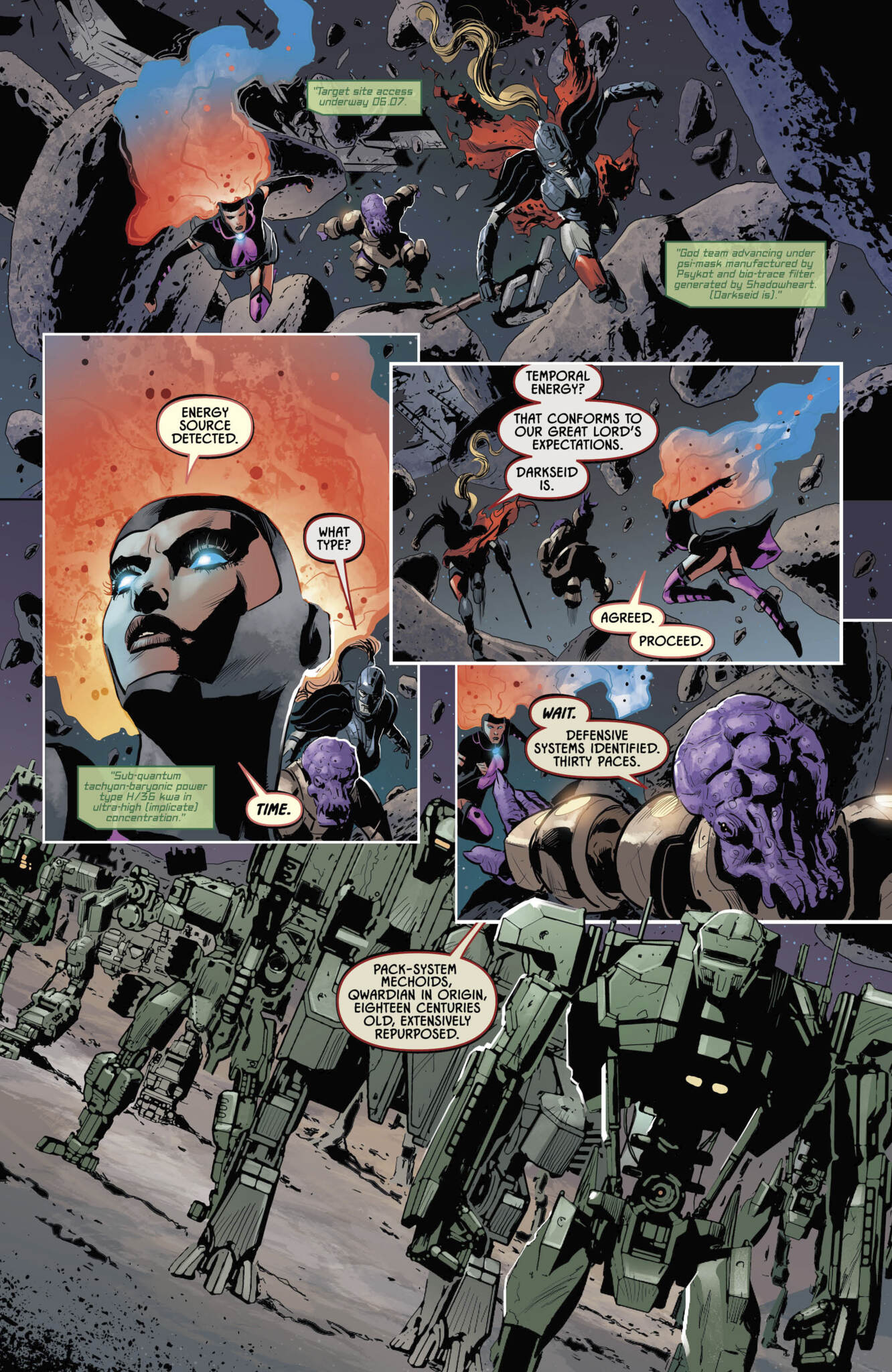 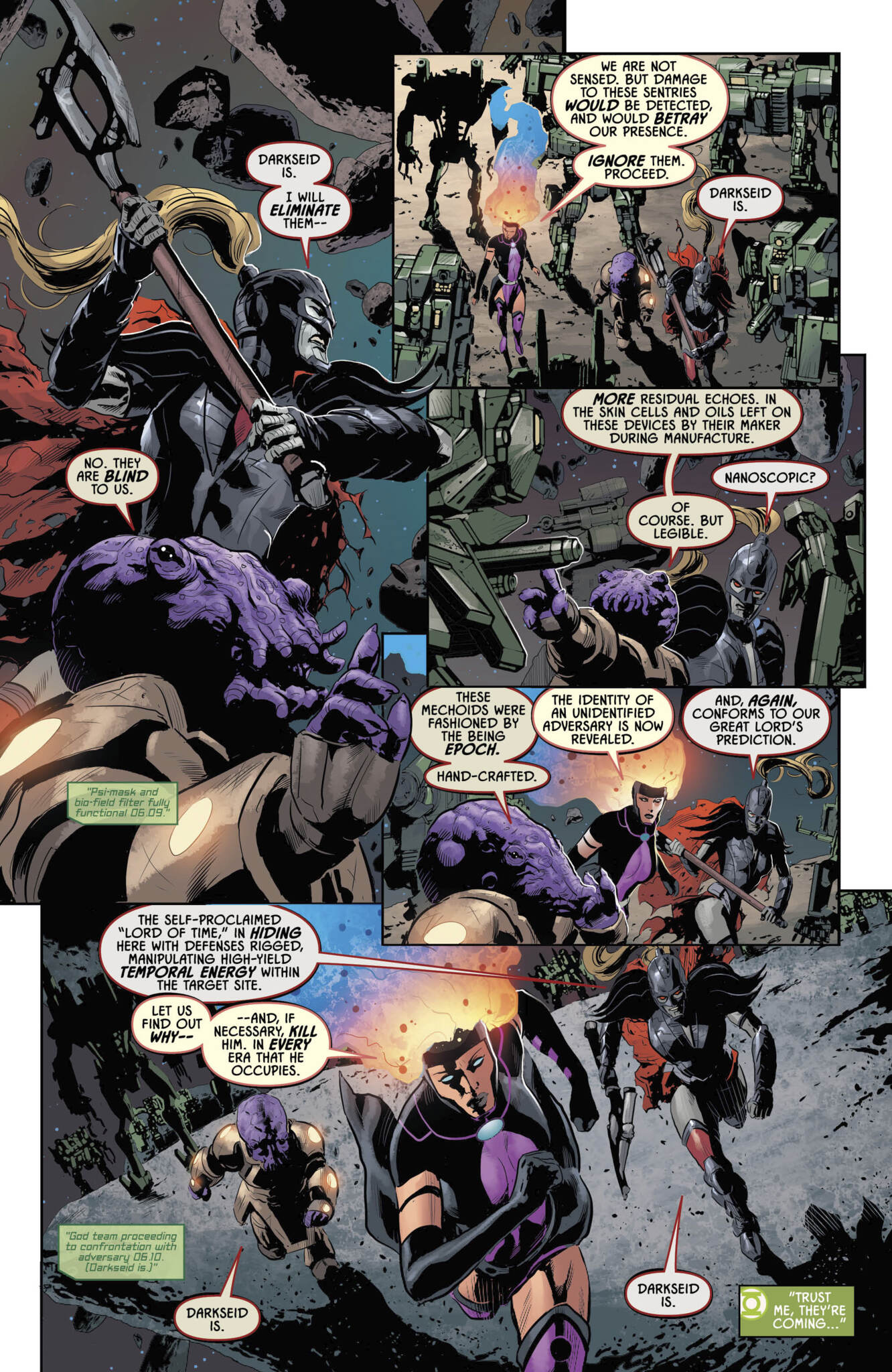 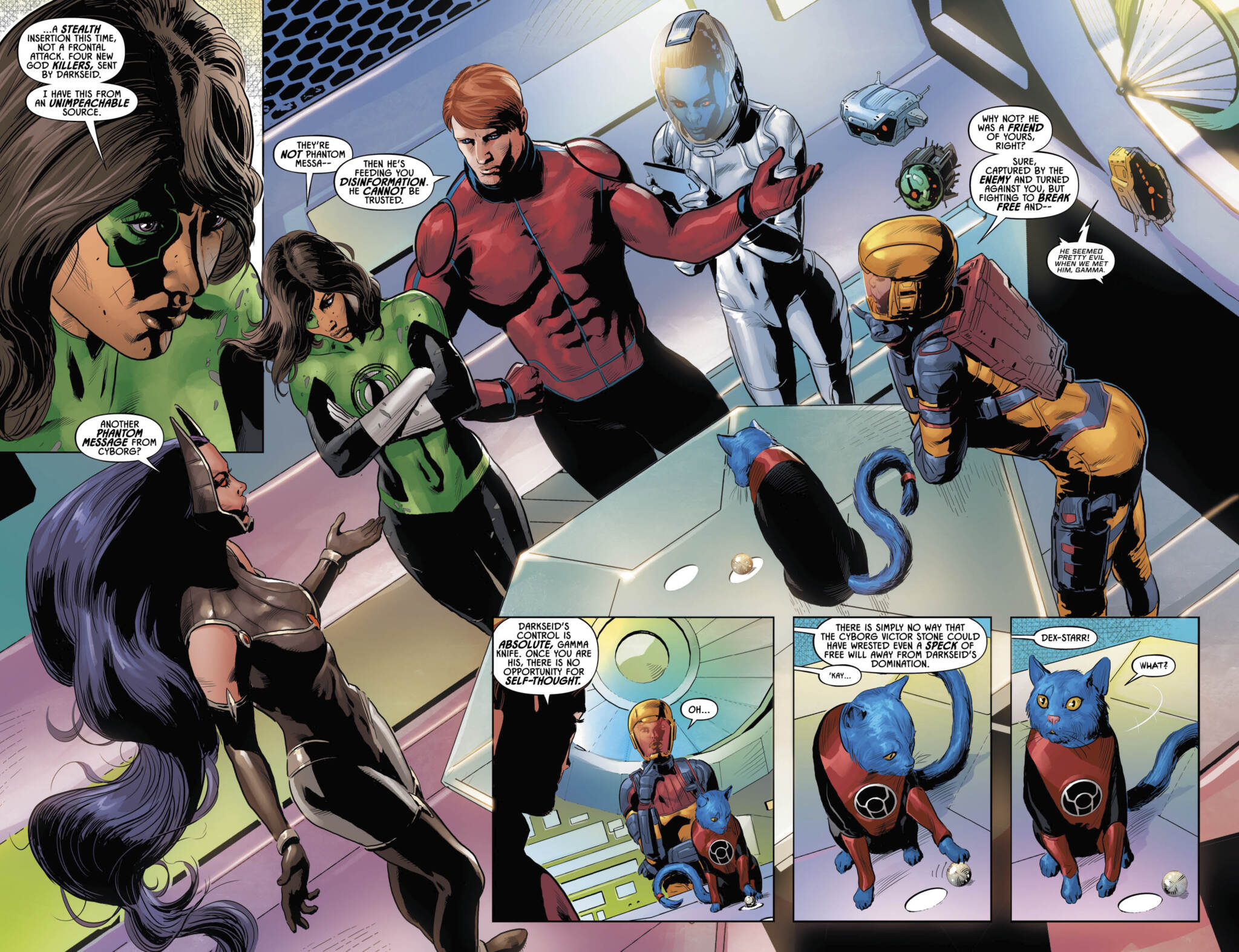 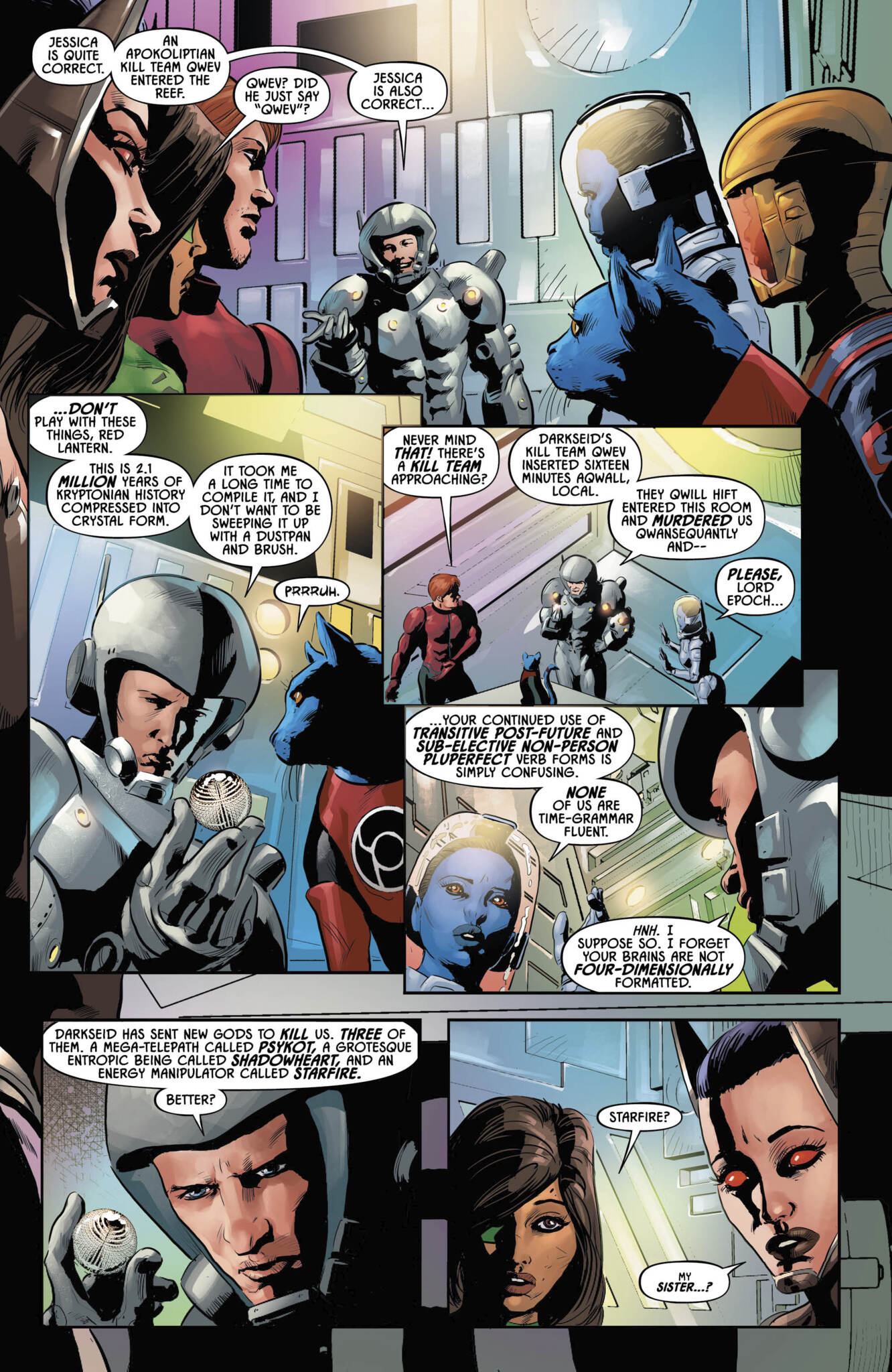 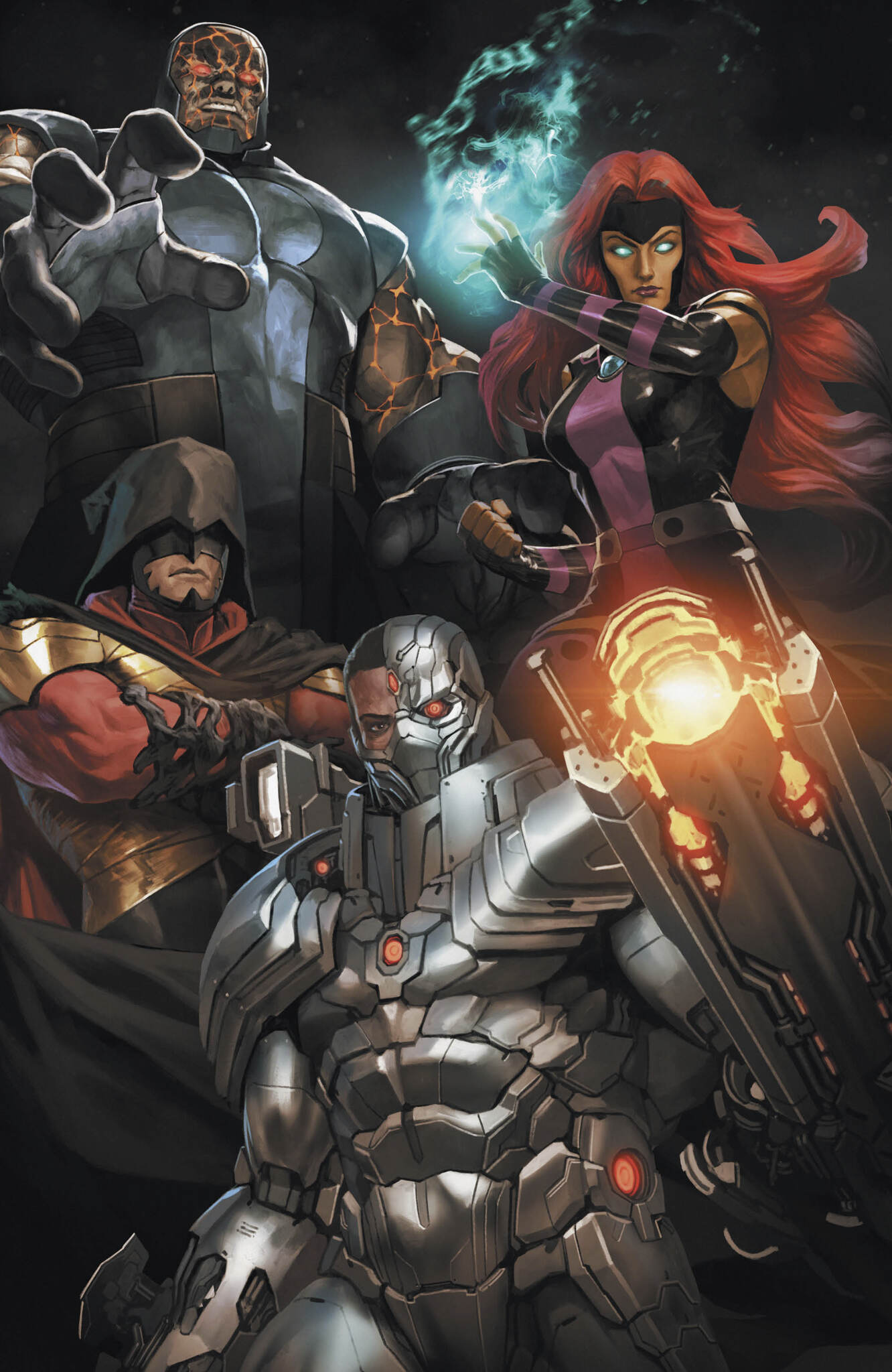 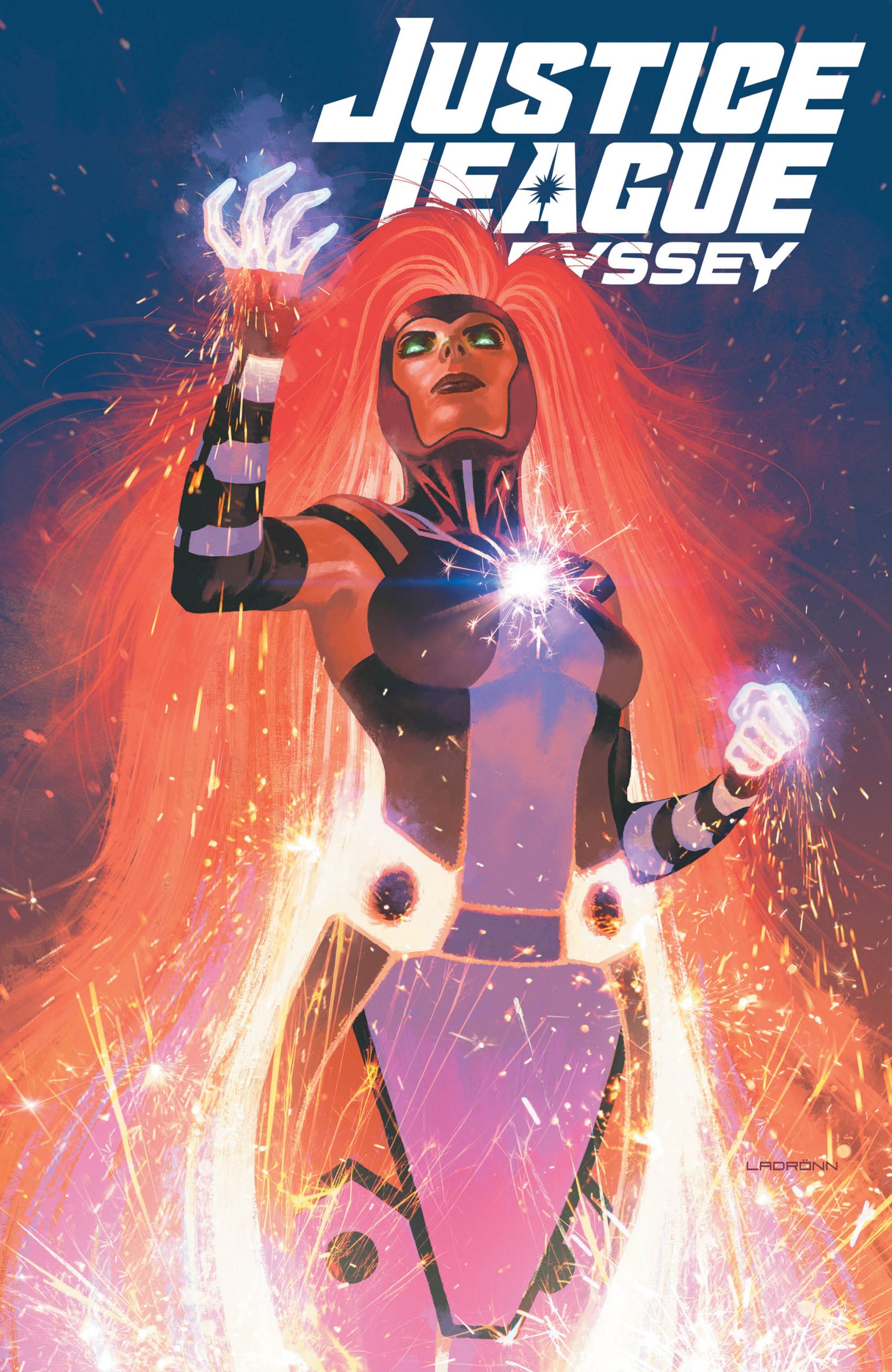 And the award for best art and best lettering goes to….

Are you kidding me? Cliff Richards’ art and Rain Beredo’s colors… it’s not cold, dim and lifeless in outer space, there’s a veritable rainbow of color, thanks to these two! Richards does some really imposing work on the renderings of the New Gods. Starfire, Azrael, ShadowHeart and Psukot… along with what appears to be Cyborg. Whew! Pair this with the Batman Who Laughs virus that Commissioner Gordon is spreading on Earth, and it truly is The Year of the Villain.

We’re also way past the old cartoon bubbles of old, as AndWorld Design provides lettering that allows a reader to know exactly which character is communicating and in what tone.  It’s like looking at a picture of Morgan Freeman while reading, you can’t help but hear his voice!

Predictive analytics or not, the team does engage to take care of Darkseid’s assassins based on Epoch’s directive and there are some real issues on display in these battles.

Without providing a clue or two to this issue, the cliffhanger may have implications across all DC timelines.

I’m loving Jessica Cruz’s humanistic leadership in Justice League Odyssey #19, as she’s basically the thread holding the whole team together. I’m hoping that the original JLO can be picked back up, despite some crucial departures in this issue courtesy of some cold and calculated deaths (oops…a spoiler or two).  But we are dealing with Epoch, and if the math is correct, no one ever really dies in the comics. Right Jessica?