James Gunn, writer/director of the Guardians of the Galaxy movies has revealed his favourite screenplay. Responding to a question asked on Instagram he says he loves his script for The Suicide Squad the most.

When asked the question he responded thus:

My favorite screenplays you mean? I love the movies I directed all the same, but I think I love The Suicide Squad script the most. Also love the scripts for Dawn of the Dead, Super, and The Specials.

After seeing his work progress through to the Guardians of the Galaxy movies, it’s very easy to feel confident that The Suicide Squad is in good hands. But it’s not just his Guardians movies that are cause for excitement. Gunn’s version of Dawn of the Dead was a cracking update of the 70’s original, and alongside Super and The Specials his pedigree is there for all to see. 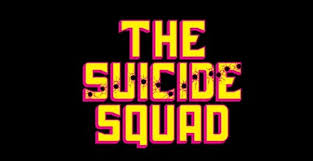 It appears that his answer has come as a surprise to many fans, particularly after his Marvel work… but think about it. He has two movies under his belt that brought together a team of ‘misfits.’ That’s two films worth of experience to start with. This may be DC, and different, but he’s doing what he’s well known for.

Having this experience under his belt he will no doubt be confident in doing a fine job on The Suicide Squad. Actually… no. His answer already shows that he is confident in this screenplay. I think that this will reassure fans that James Gunn will do a fine job with the project.

Anyway, the acclaimed writer/director is currently doing his thing, and will be bringing us the sequel/reboot (seboot? requel?) to 2016’s Suicide Squad movie and I for one couldn’t be more excited. With inspiration coming from the 1987 comic book run from John Ostrander, as well as the 1959 original, this may well have a different feel to the original movie. Plus, with a cast as grand as the one we have, there may well be a reason for these influences.

What are your thoughts on this? Please let us know in the comments section.