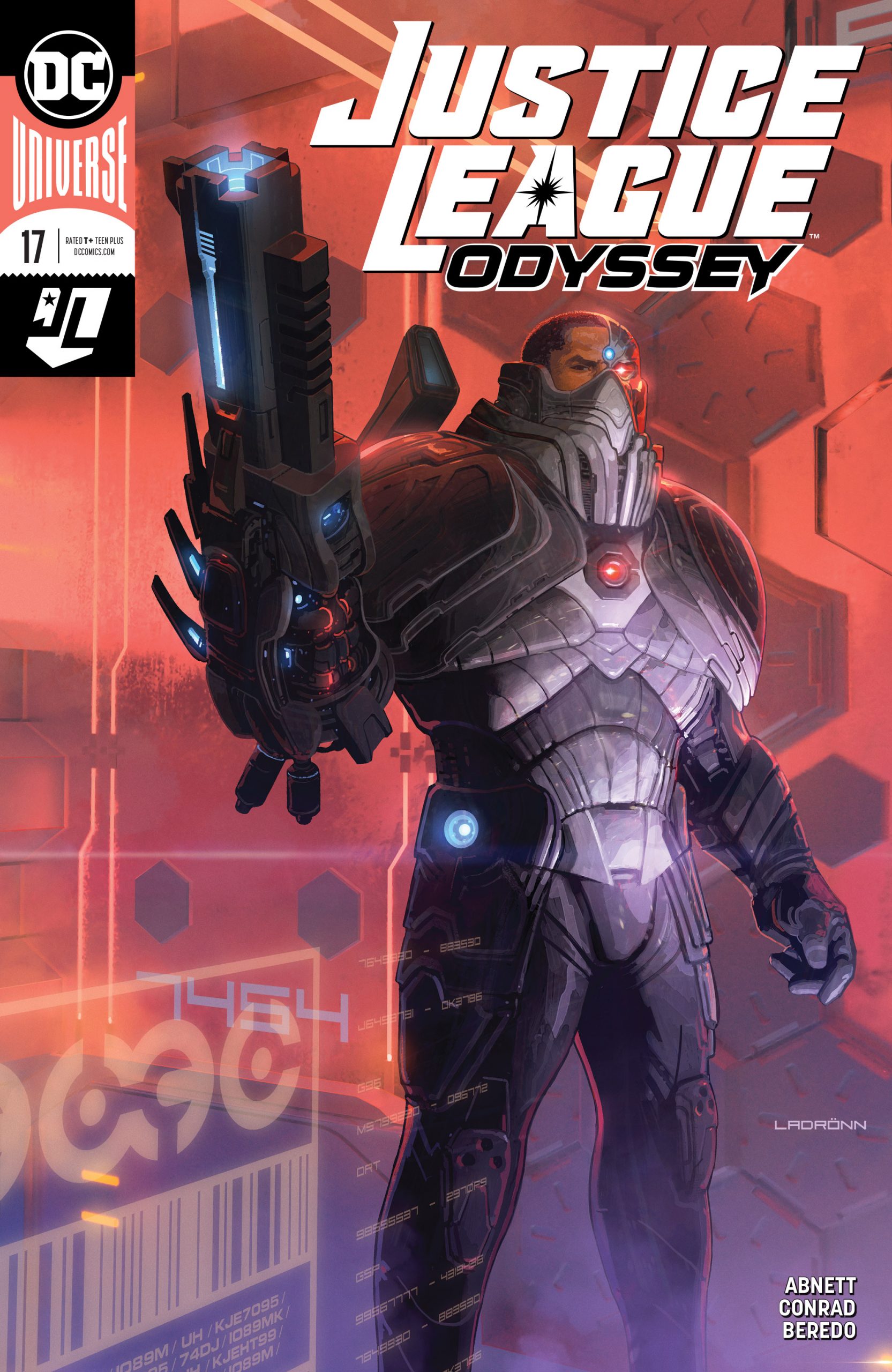 I love a good outside-in interest, and Gamma presents herself that way. With a crew of what appears to be numerical little robots who aid her in her work, Gamma reports to a higher power that instructs her that she must save the Justice League. The conversation and banter with this unknown boss is like any spouse watching their respective other on the phone with someone. “What did he say?” repeated by several robots when Gamma reveals they have to go back to save Jessica Cruz and Orion (who vehemently denies being a member of the League). One robot even wants to get out of this “chicken scud outfit”!

Best fresh Green Lantern ever. Well… 2014 fresh, but not everyone wants a Hal Jordan or a John Stewart. Jessica has trained and persevered to take a strong leadership role in this division of the JL. Will Conrad draws her really well, and his take on a new and “improved” Cyborg is pretty fresh too!

Speaking of Cyborg… taken over by the New Gods and now against his team-mates? Ping Ping is the new phrase and his human side is losing to this new programming. 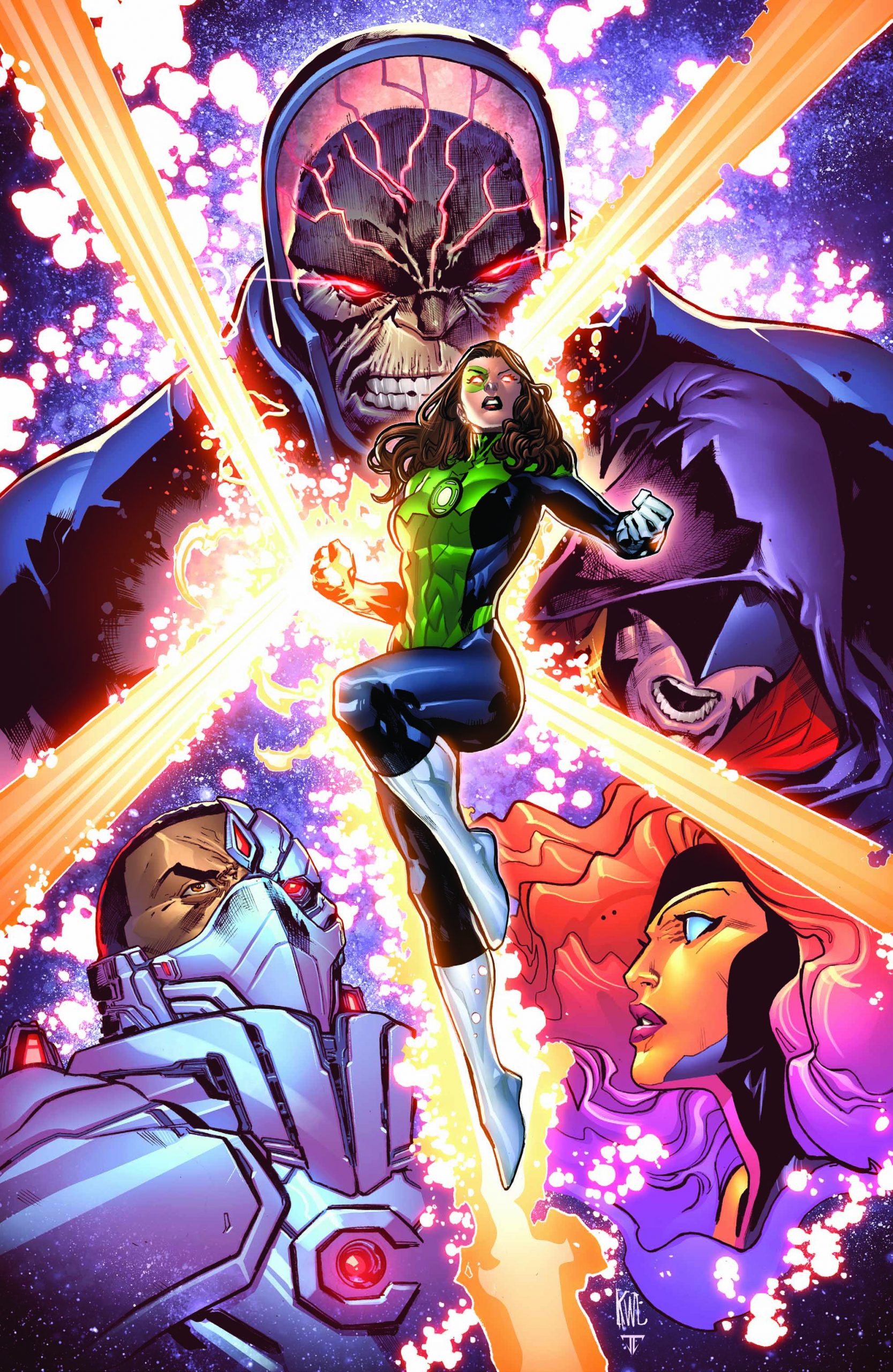 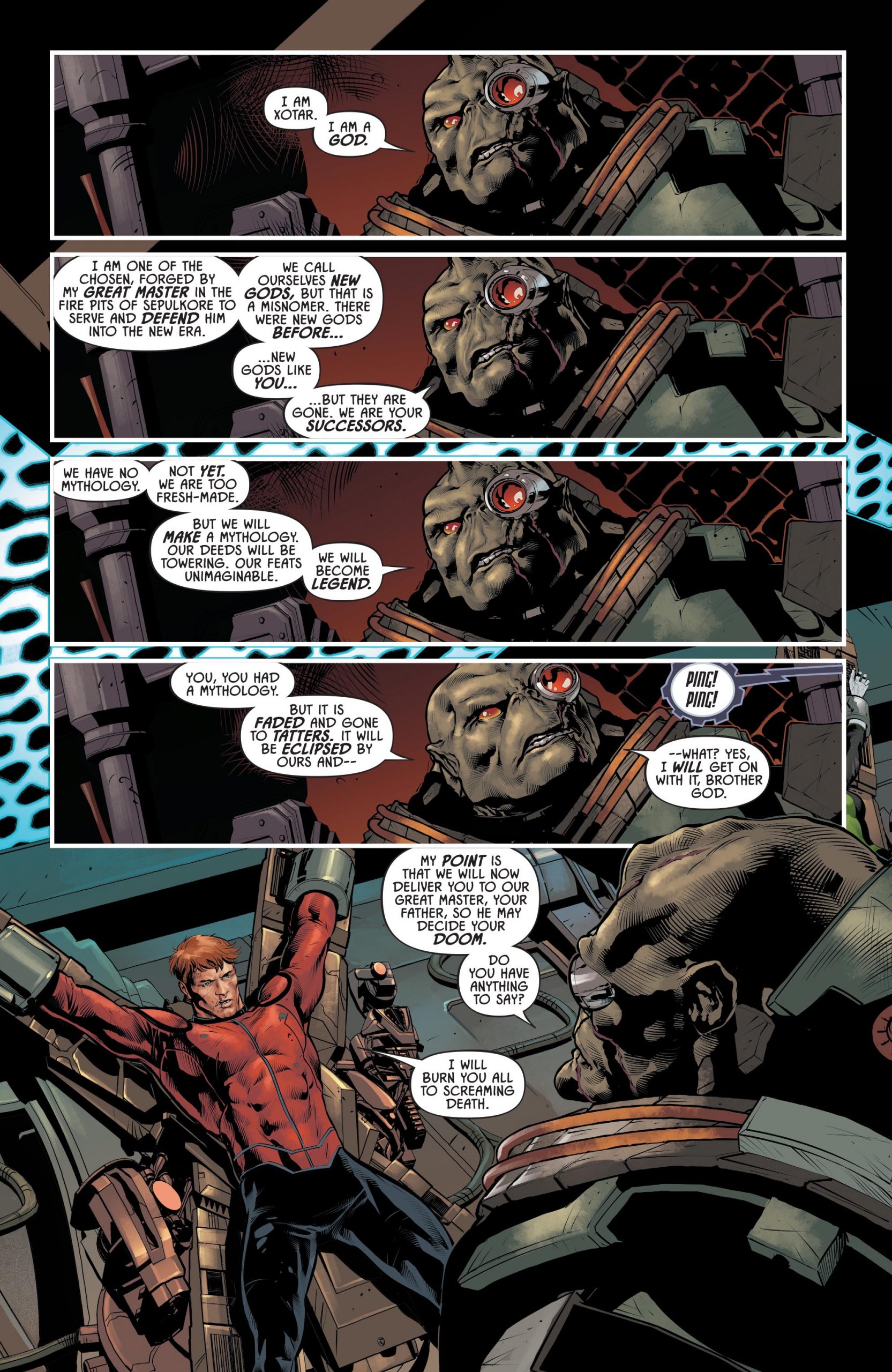 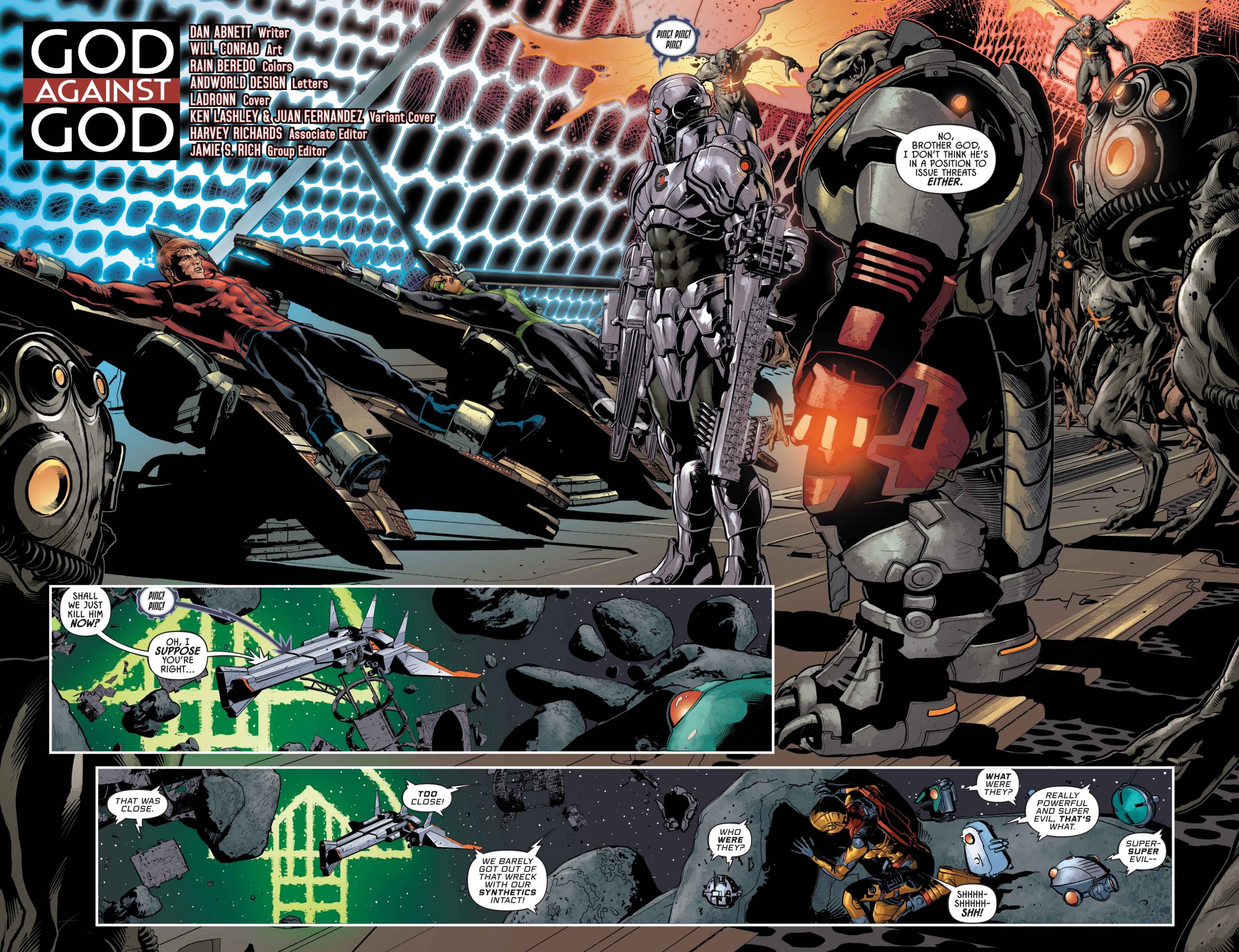 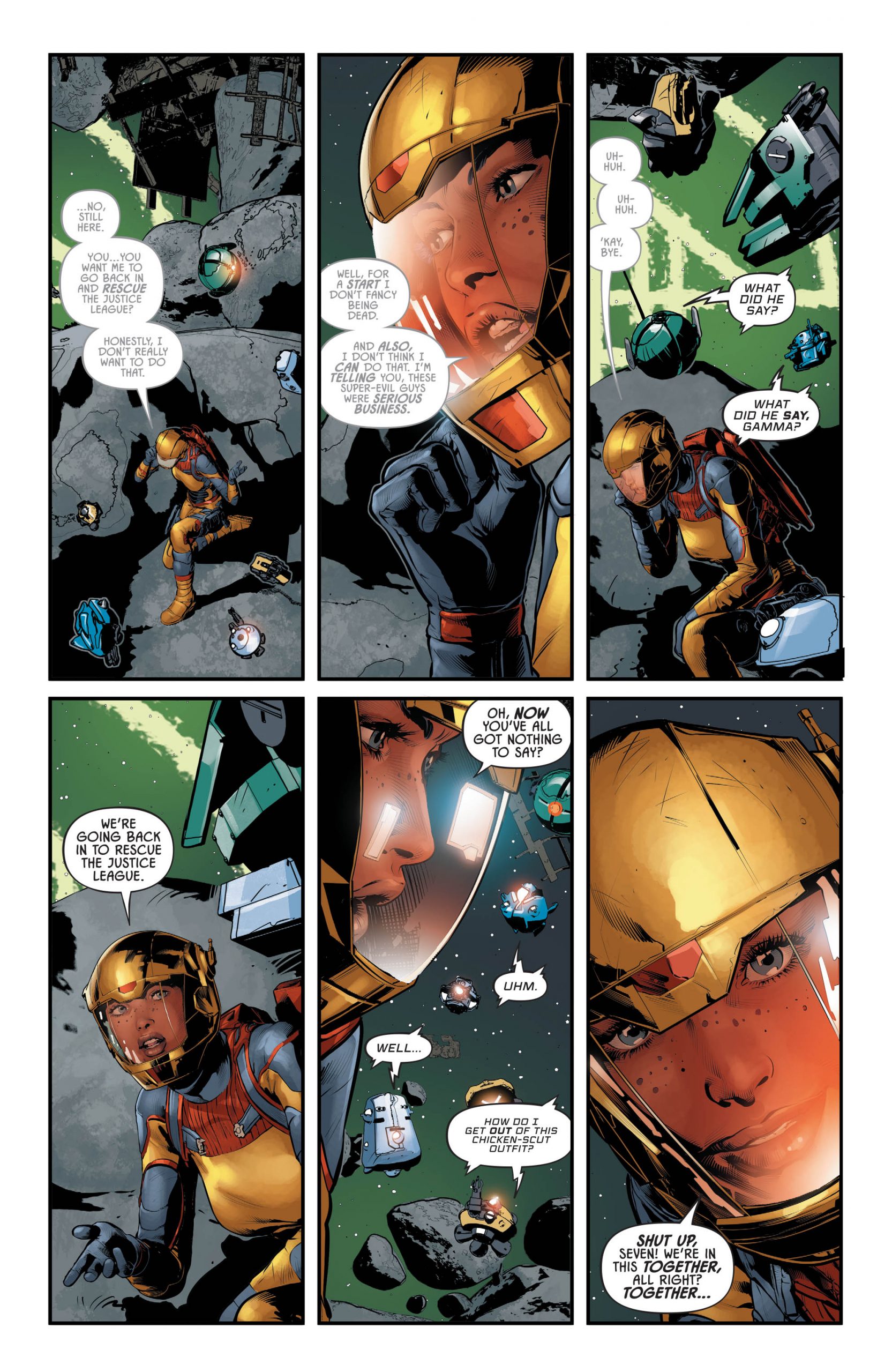 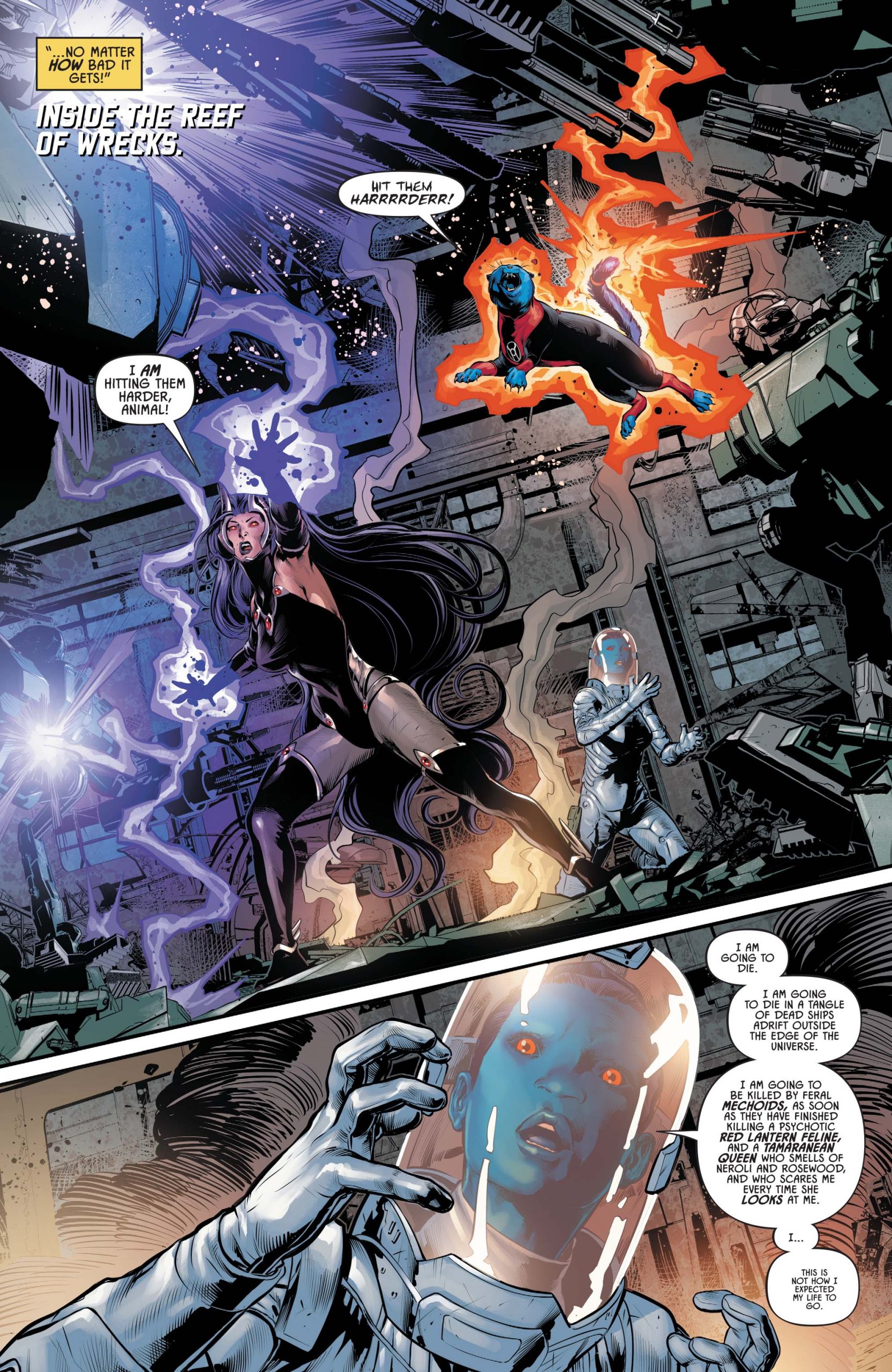 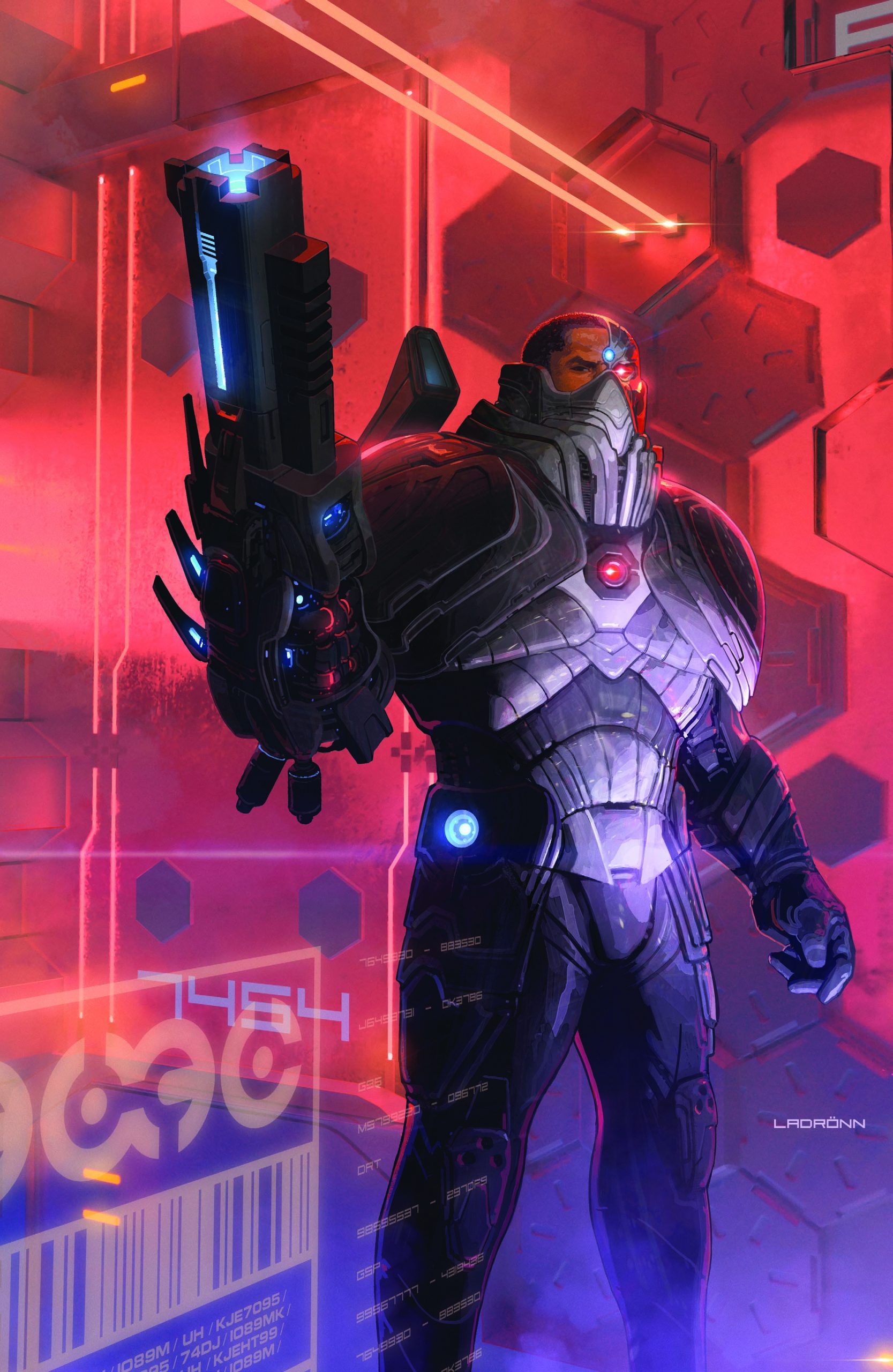 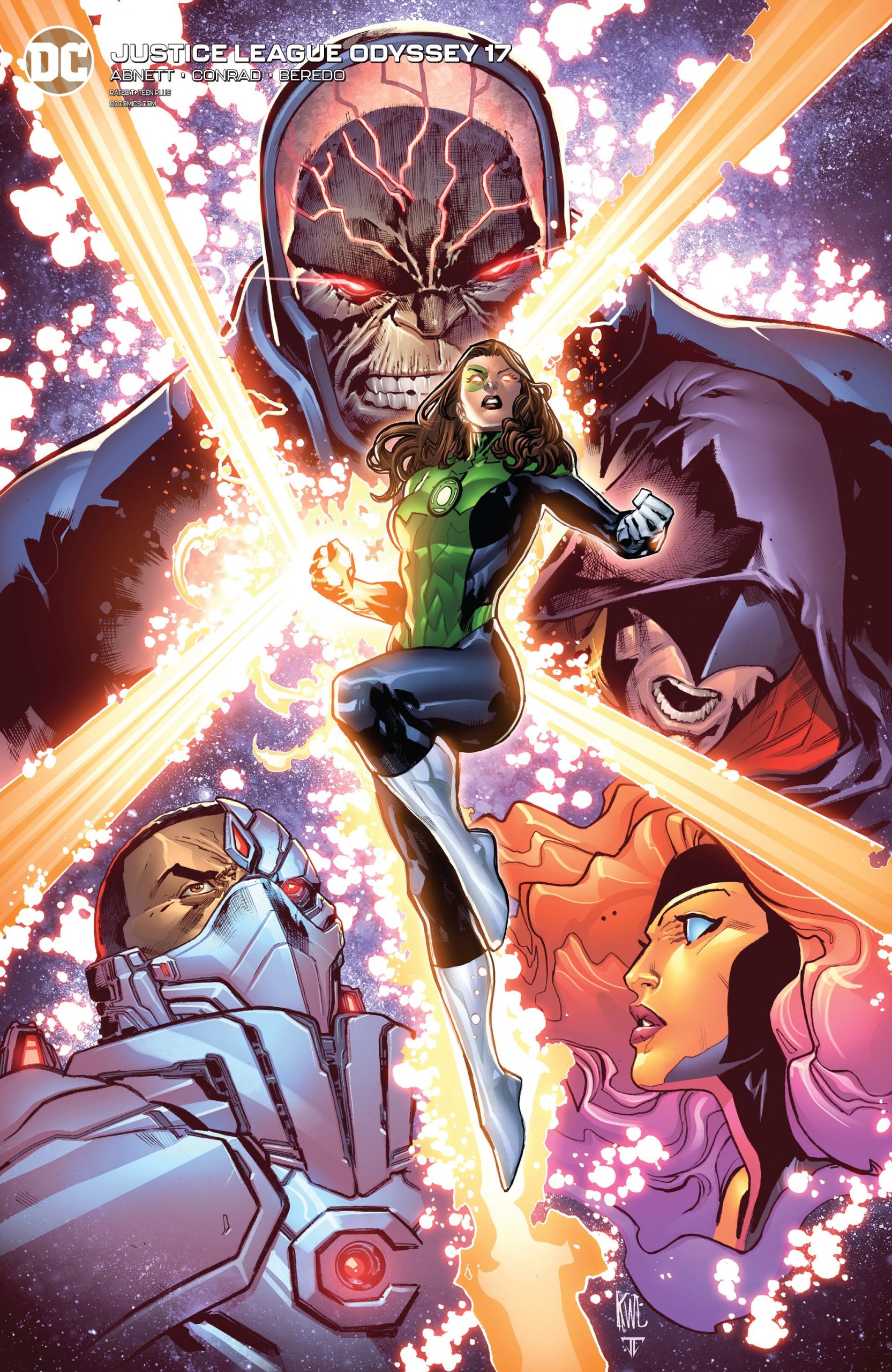 Orion’s battle ready too, and I really love the virtual appearance of his battle armor. The lovely art in this issues presents an awesome transformation as he engages in battle while arming himself with his tools!

Has there been a villain that could just shut up and do the deed of killing the hero? The long drawn out monologues are almost a formula for failure, but writer Dan Abnett uses them to deliver a really tongue in cheek effect, or he’s bought into the formula and perfected it.

A side bar with Aria Hax, Koriand’r and Dex-Starr

Team comic books always are like an episode of Modern Family in that you get to dump the puzzle pieces out on the table and arrange the team in any order you wish. The “comic” banter between these three as they endeavor to defeat perimeter guards en-route to meeting Epoch, now an enemy to the Justice League, provides another side bar story that may not be so side bar.

I’m to the party a bit late. As Justice League Odyssey #17 is the first issue I’ve read of this series. I’m compelled to get a back story of how this team was forged, but again, I’m a big fan of Jessica Cruz, so any way you cut it, I’m in. Justice League comics don’tt have to be so Trinity laden and the folks at DC have re-imagined a team where other heroes can be a part of the Major League on the outskirts! Hooray for Gamma –  everyone loves the cavalry!