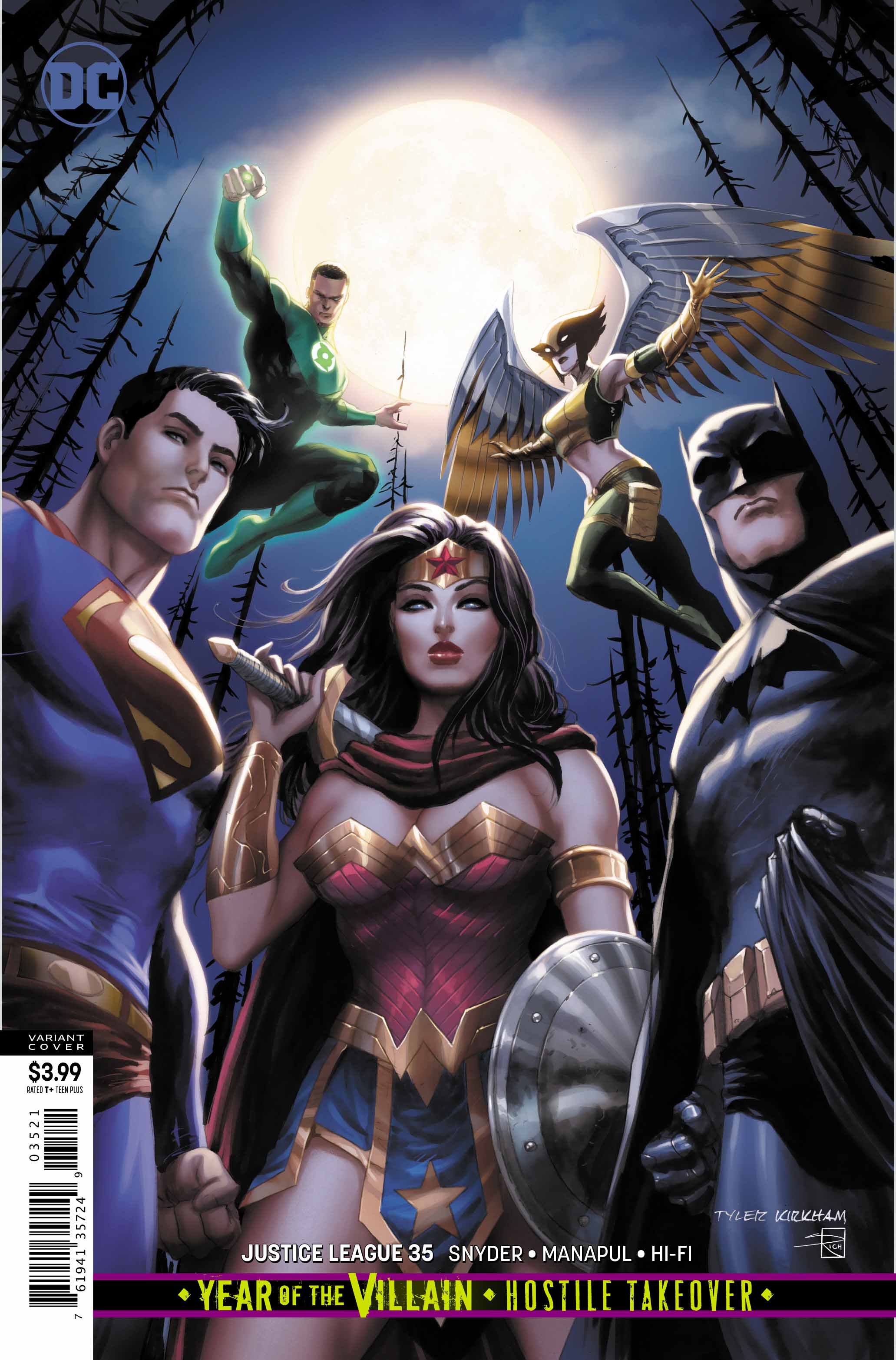 The entire Multiverse trembles in fear, as the fully-powered Perpetua flexes her muscles in this week’s sobering Justice League #35.

After the devastating events of last month’s #34, doom has begun to infect the larger DCU. As the signet flashes across the various skies of the Multiverse, the Legion of Doom’s influence upon the population has become evident. The citizens of Earth-0 have turned upon the Justice League, which has proven itself impotent and feckless against the likes of Perpetua and her Legion.

Most of this issue’s action focuses on Perpetua, as she terrorizes the Multiverse. Specifically, she makes her way to Earth-16: home of the “Gotham by Gaslight” universe. She destroys this universe out of contempt, laying waste to its population. She then returns to Earth-0, where she rallies the Anti-Monitor, Lex Luthor, and her army of Apex Predators to her side. The issue cuts to Shayne and Hawkgirl who are hurling through space, after their traumatic battle with Luthor.

As per usual, Scott Snyder and James Tynion produce an excellent script; however, what sets Justice League #35 apart is its stunning use of Pathos. This issue is incredibly emotional, as the reader deals with a tragic amount of loss. In previous Crisis level events, the sheer magnitude of the narrative has often (but not always) dulled the emotional impact of the story. Snyder and Tynion circumvent this issue by using children. When Perpetua destroys Earth-16, the script focuses on the experience of Batman comforting a single child, as they both face certain annihilation. As if this weren’t bad enough, Snyder and Tynion hit the reader in the gut again, as Earth-0 Batman fails to save Shayne and Hawkgirl from Perpetua’s wrath. These human moments are masterfully constructed to resonate with readers, as they witness and process destruction on an apocalyptic level. 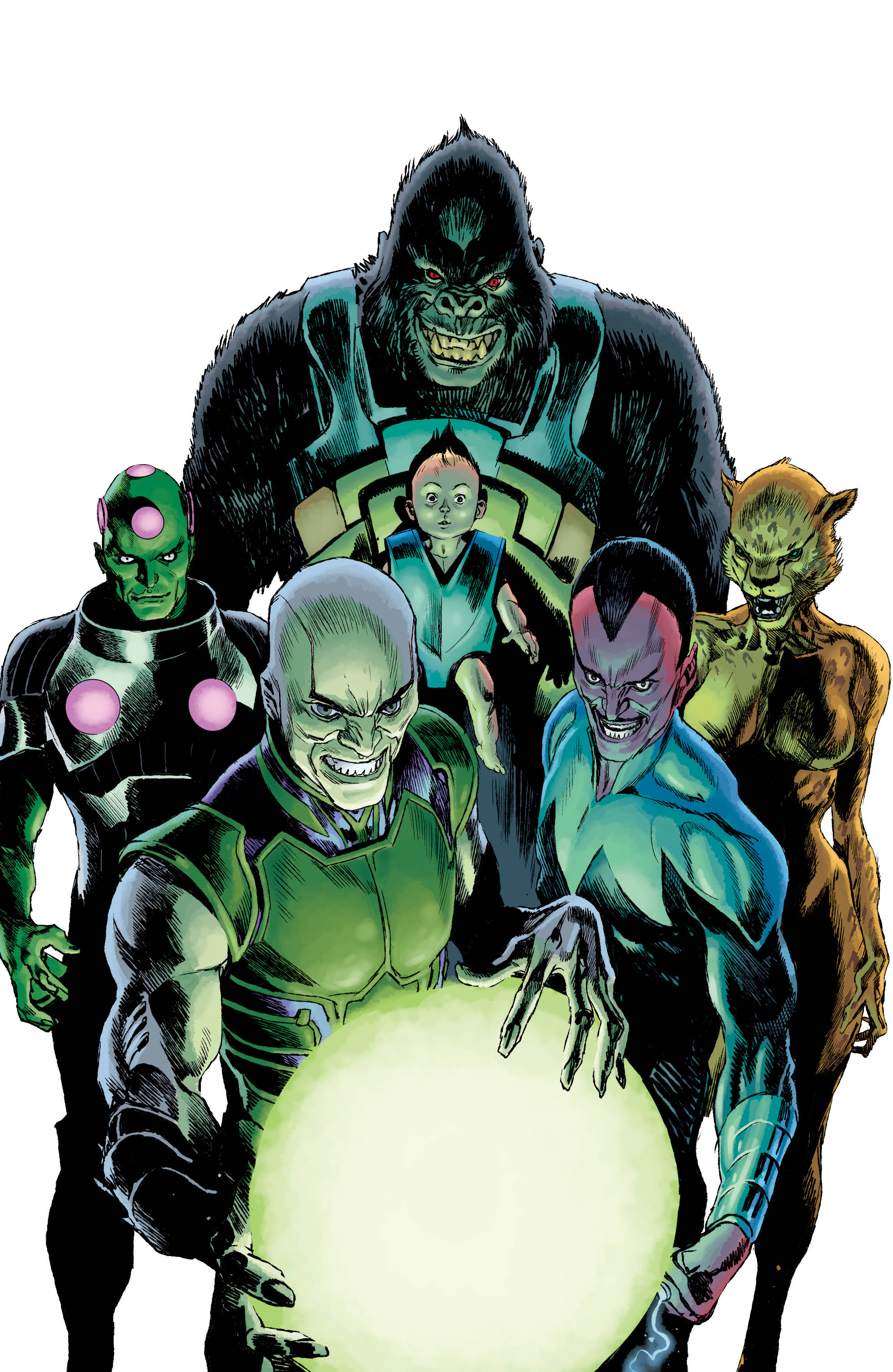 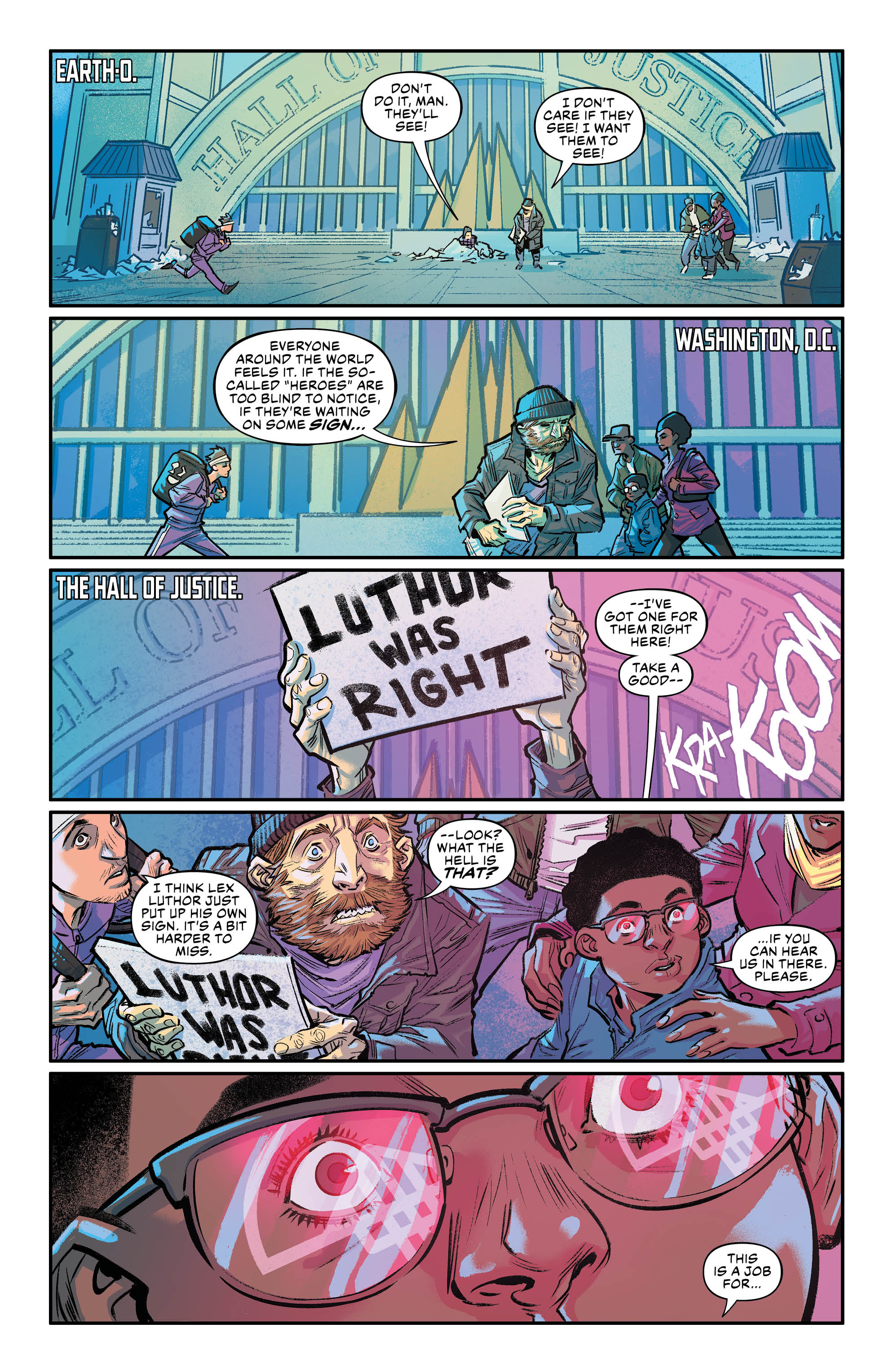 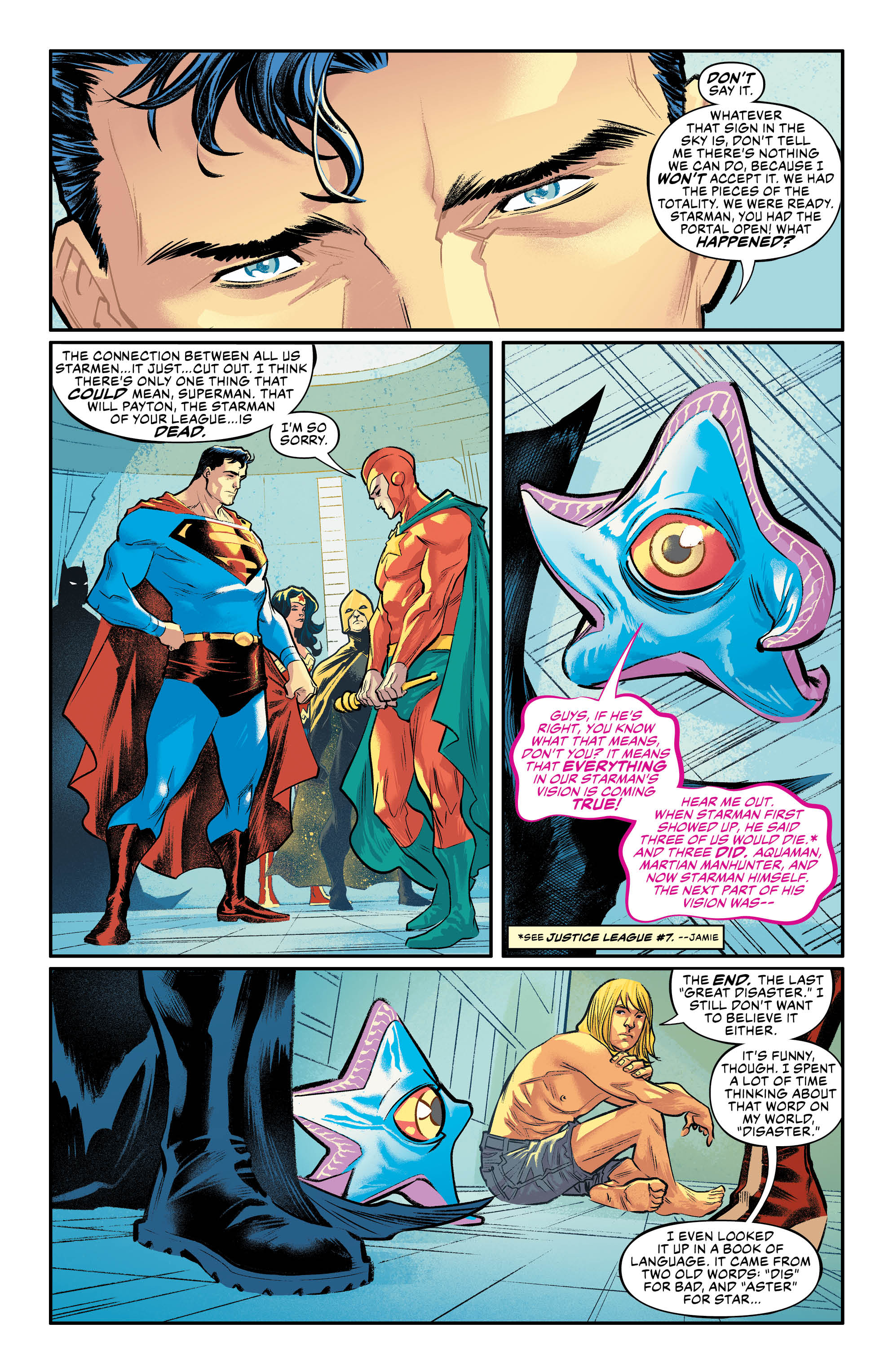 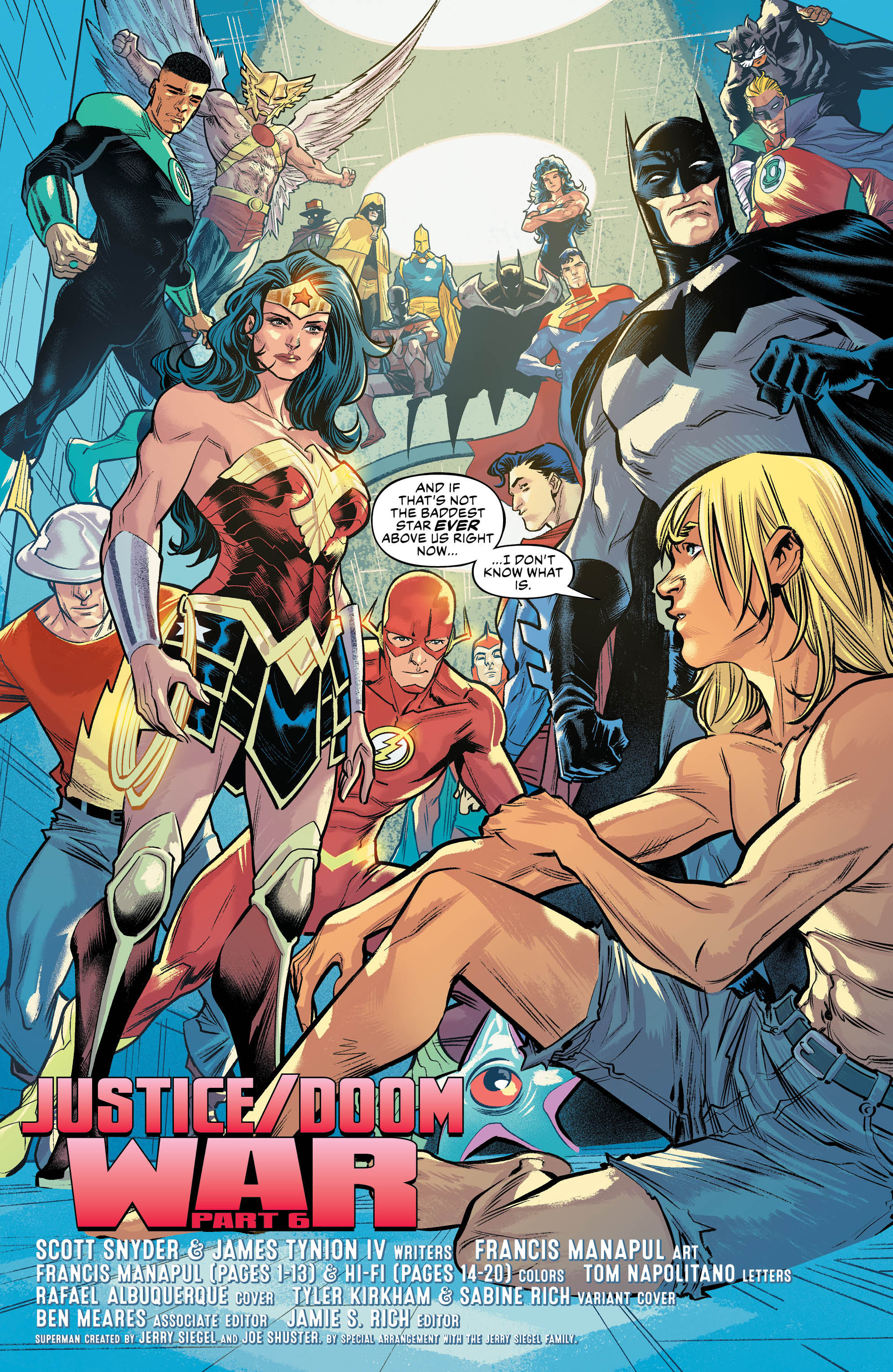 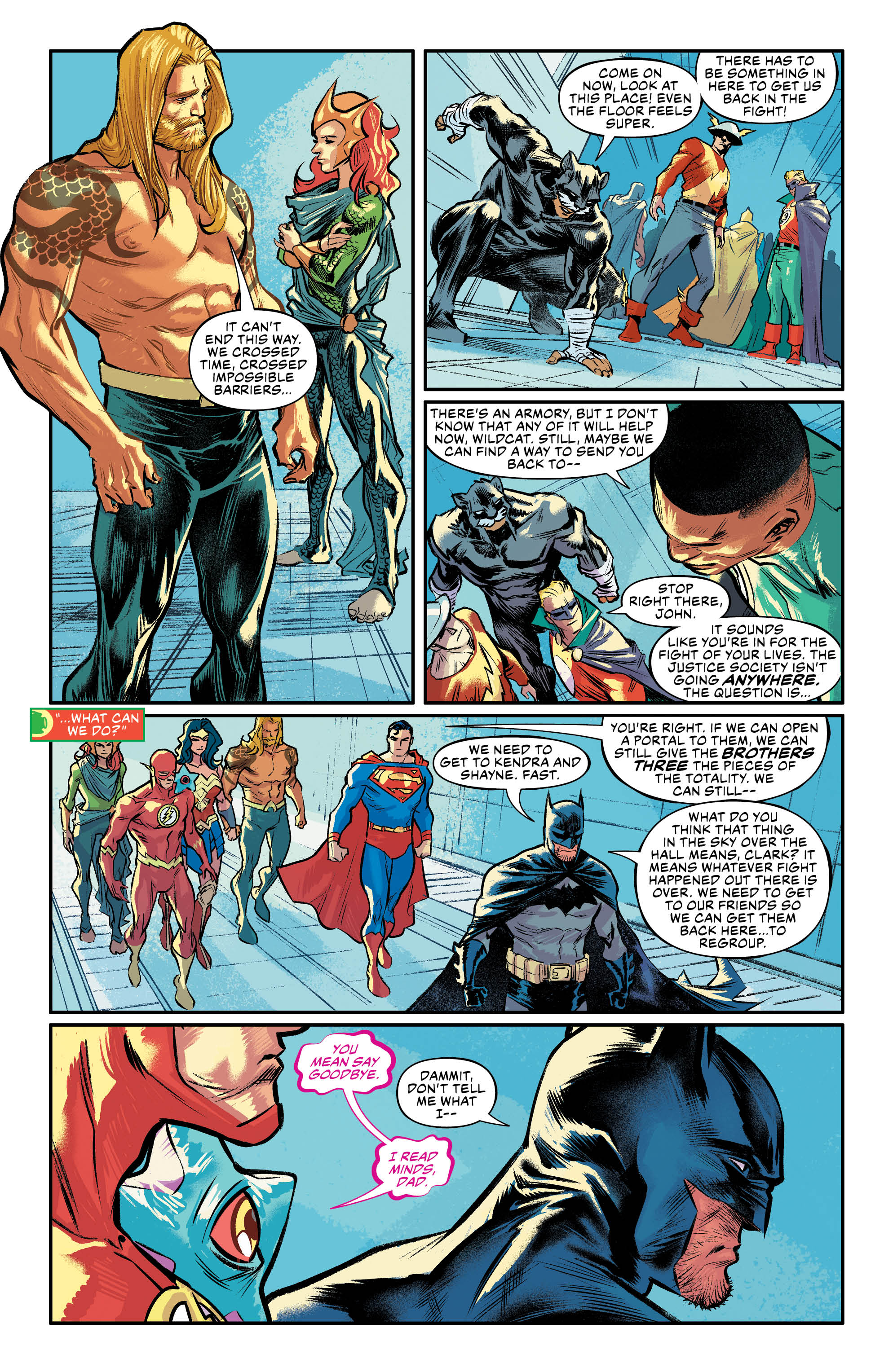 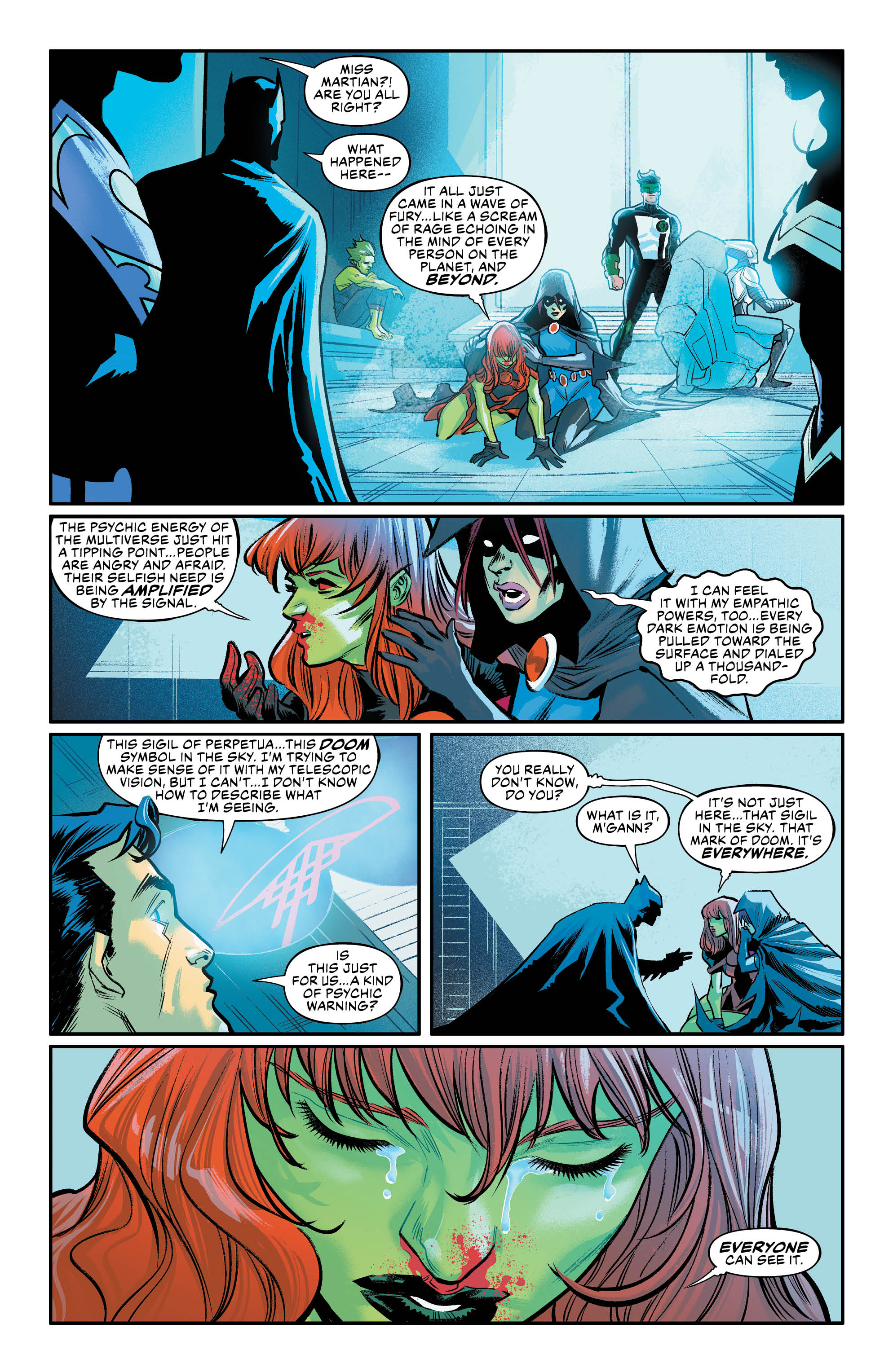 While Snyder and Tynion deliver a superb script, Justice League #35’s true strength is its art. This issue is proof that Francis Manapul is one of DC’s most talented artists. While every other art team that has worked on this arc has been great, Manapul’s issues have been the cream of the crop. As always, his style is beautifully distinct with crisp and detailed lines. His colors are vibrant and powerful, as he beautifully renders the destruction of worlds. In short, aesthetically, this issue is flawless.

Once again, the creative team behind Justice League has produced a phenomenal issue. Snyder and Tynion continue to deliver a powerful story, full of emotion and spectacle, while Francis Manapul renders their script in a high-def, artistic tour de force.

Overall, this was a strong follow-up to last month’s issue, which itself posed the disturbing question, “what happens when evil wins?”, Justice League #35 delivers an even more disturbing answer.

Final Verdict: make sure you have a box of tissues nearby when you read this one… it’s that good.