‘The Dark Knight Manual’ Up for Pre-Order at Sideshow Collectibles

To help in his endless crusade against crime, the Batman employs a humongous arsenal of weapons and gadgets. He uses these gadgets and ingenuity to overcome his lack of superpowers. We have to face the reality that most of his gadgets are oftentimes fantastical. They are from comic books, after all. However, Christopher Nolan’s Dark Knight Trilogy did a pretty great job of bringing to life the technology and toys for his grounded Batman to use. Showing us gadgets that could actually work in our world. It certainly makes sense for Batman to use a tank rather than a souped up sports car. In a world full of encyclopedias dedicated to the Dark Knight, shouldn’t there be one on the Nolanverse’s toys? Well, Insight Edition has got you with The Dark Knight Manual: Tools, Weapons, Vehicles & Documents from the Batcave.

That was a tough transition to sit through, I’m sure. I feel pretty accomplished that I eventually got through it and you can’t take that away from me no matter how much you shame me. It won’t work.

Insight Editions is known for large, coffee table book-style encyclopedias that cover some of the world’s biggest fandoms such as Harry Potter, Game of Thrones, and of course Batman. Their most anticipated release this year for Batfans is Batman: The Definitive History of the Dark Knight in Comics, Film, and Beyond, which will have a foreword and an intro by two former Batmen.

Where does he get those wonderful toys?

The Dark Knight Manual is a tome that will focus on the gadgets, technology, and vehicles of Nolan’s version of the Batman. The book aims to include information from concept to creation of all of Batman’s trademark gear in the Nolan universe.

Take a look at the photos below: 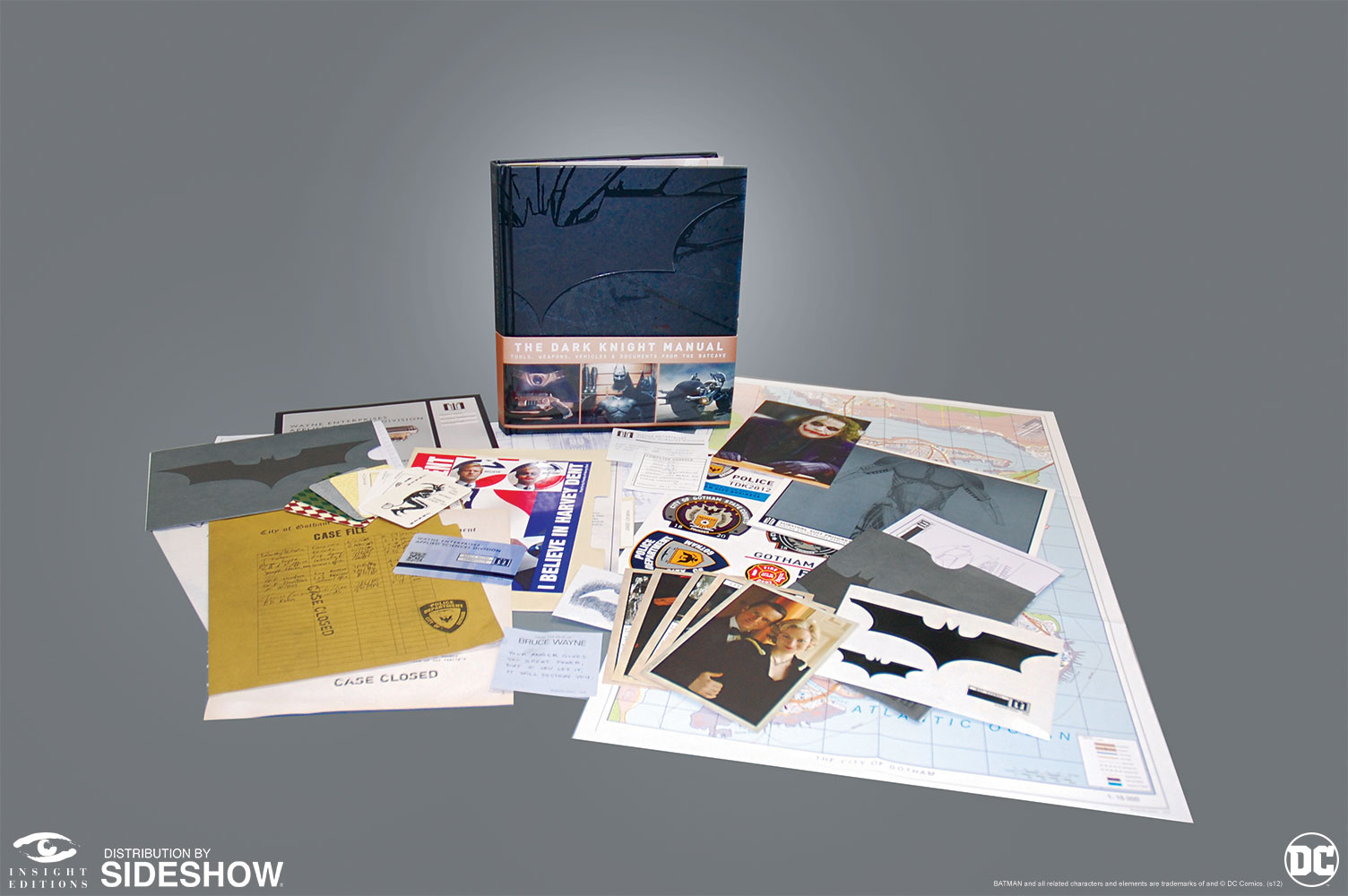 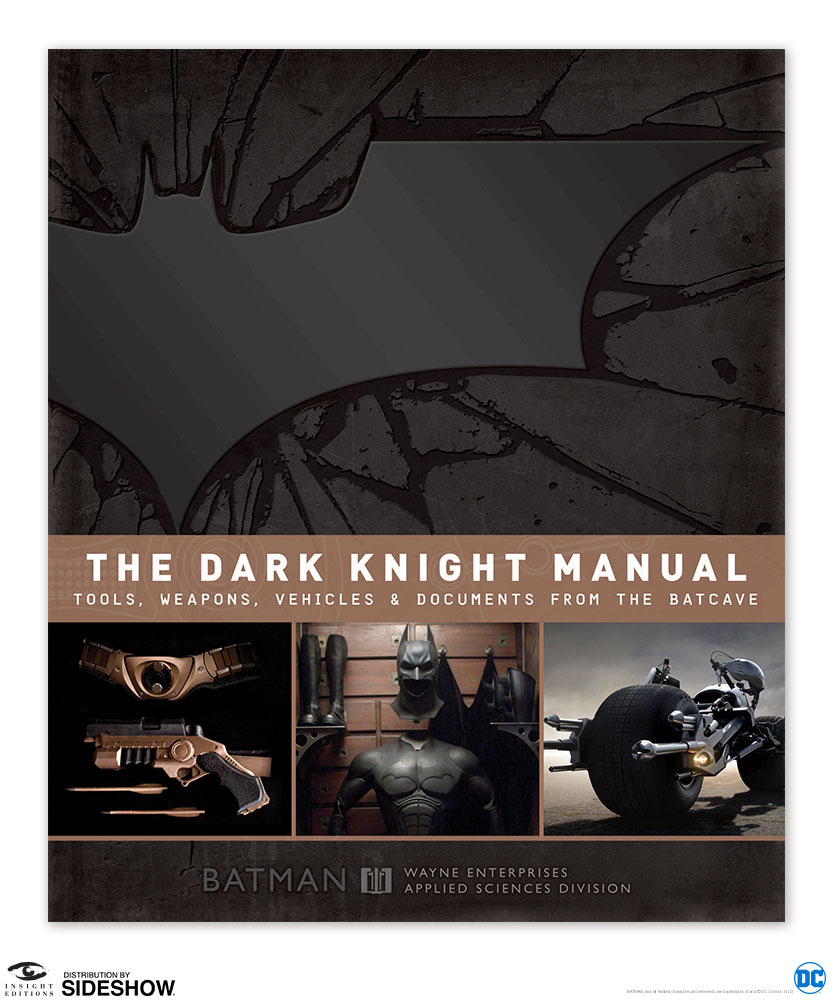 It’s a pretty cool look into how Bruce and Lucius developed all the tech and gadgets. It’s a good opportunity for us to take a deeper look into Nolan’s universe and explore things hitherto not covered in the movies. I mean, let’s face it, those movies were too dense to pay attention to all the science talk. Personally, I’m fascinated to see how the tech works in a supposed grounded reality as it’s supposed to make sense in our world. So if you’re a fan of the Nolanverse,  be sure to pre-order your copy.

Sideshow Collectibles are taking pre-orders now at a discounted price. Take advantage of it here.

The Dark Knight Manual: Tools, Weapons, Vehicles & Documents from the Batcave is expected to ship this month or next. Pre-order as soon as you can!