Titans had an incredible first season. I remember when the first trailer dropped and everyone went crazy, yet the show itself did incredibly well, so much so that it spawned the spin off; Doom Patrol series and a second season. The way that the first season ended left fans begging for more… including this one! So far, the follow-up looks like it’s bringing a lot! Photos online have surfaced, including a behind the scenes video that shows Raven with her signature gem. That’s right folks, we’re getting the Raven look we all want and deserve! That’s not all, as I’m sure many of you eagle eyed fans have noticed, there’s a special guest on the Titans season two poster: 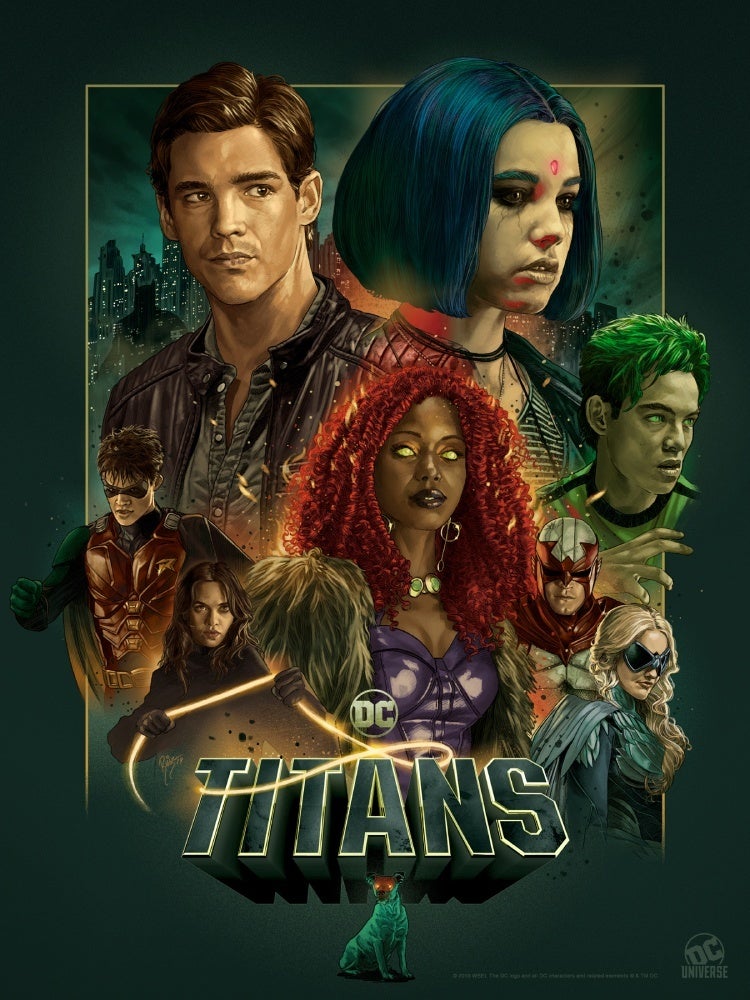 That’s right ladies and gentlemen, your eyes do not deceive you. For those still wondering what on Earth I’m talking about. Check out the dog just below the show’s title. Those glowing eyes remind anyone of a particular superdog?

There is so much excitement surrounding this new season! I certainly can’t wait to see what comes out of San Diego Comic-Con this weekend! what do you think of the Titans season two poster? I love everything about the show and I’m highly excited for whatever season two brings!