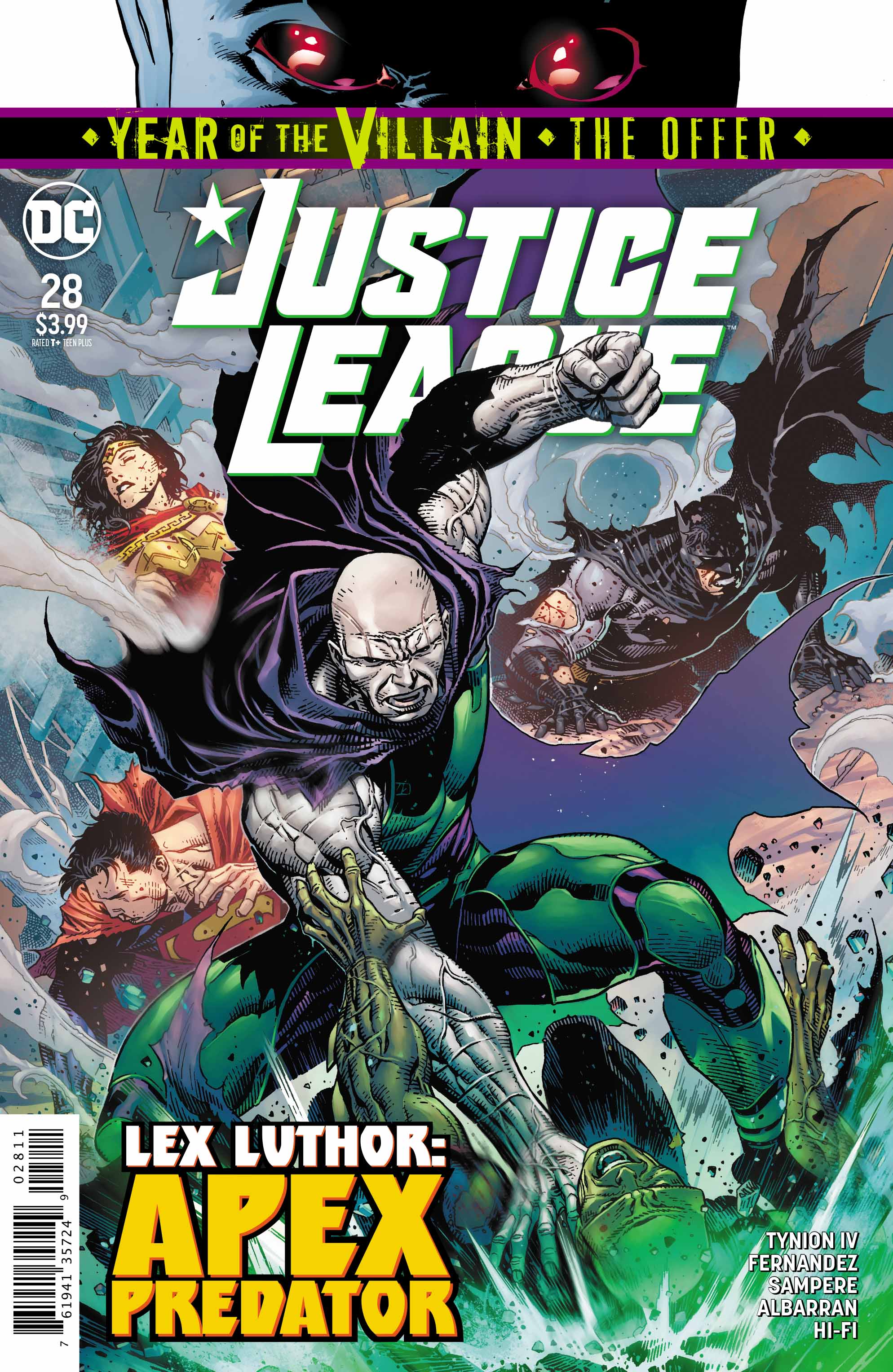 Evolution is the name of Lex Luthor’s game, as the “Apex Predator” story arc wraps up in this week’s monumental Justice League #28.

Things aren’t looking great for the League right now. After publicly committing suicide in DC’s Year of the Villain #1, Lex Luthor has been resurrected by the power of the dark god, Perpetua.  Confronted by the Martian Manhunter, this post-resurrection Lex Luthor reveals his plan to jump-start human evolution. Luthor wants to transform humanity into the apex predators that Perpetua originally envisioned, by creating a Human/Martian hybrid.

Meanwhile, the portion of the League that has been searching the Multiverse for the Anti-Monitor hits a dead end on Qward in the Anti-Matter Universe. And if that weren’t bad enough, the League is then ambushed by Grodd, Cheetah and Sinestro.

This Ain’t Yo’ Grandaddy’s Lex Luthor… Or is It?

Tynion’s script does a great job reinventing Lex Luthor, changing him just enough to be innovative while still staying true to the character’s core. Lex’s changes are more than cosmetic. After his resurrection, he now has the zeal of the converted. He truly believes in Perpetua’s vision for humanity, yet his motivations in the past often derived from the frailties of humanity, in light of Superman’s physical superiority. Therefore, Luthor’s recent decisions are the natural repercussions of his perpetual inferiority complex. All this makes it apparent that Tynion (and Snyder by association) have an incredible grasp on the character. He knows what makes Luthor tick, and he’s not scared to experiment with a fresh take on a villain that’s been in publication for almost eighty years. It’s gutsy, and it works. 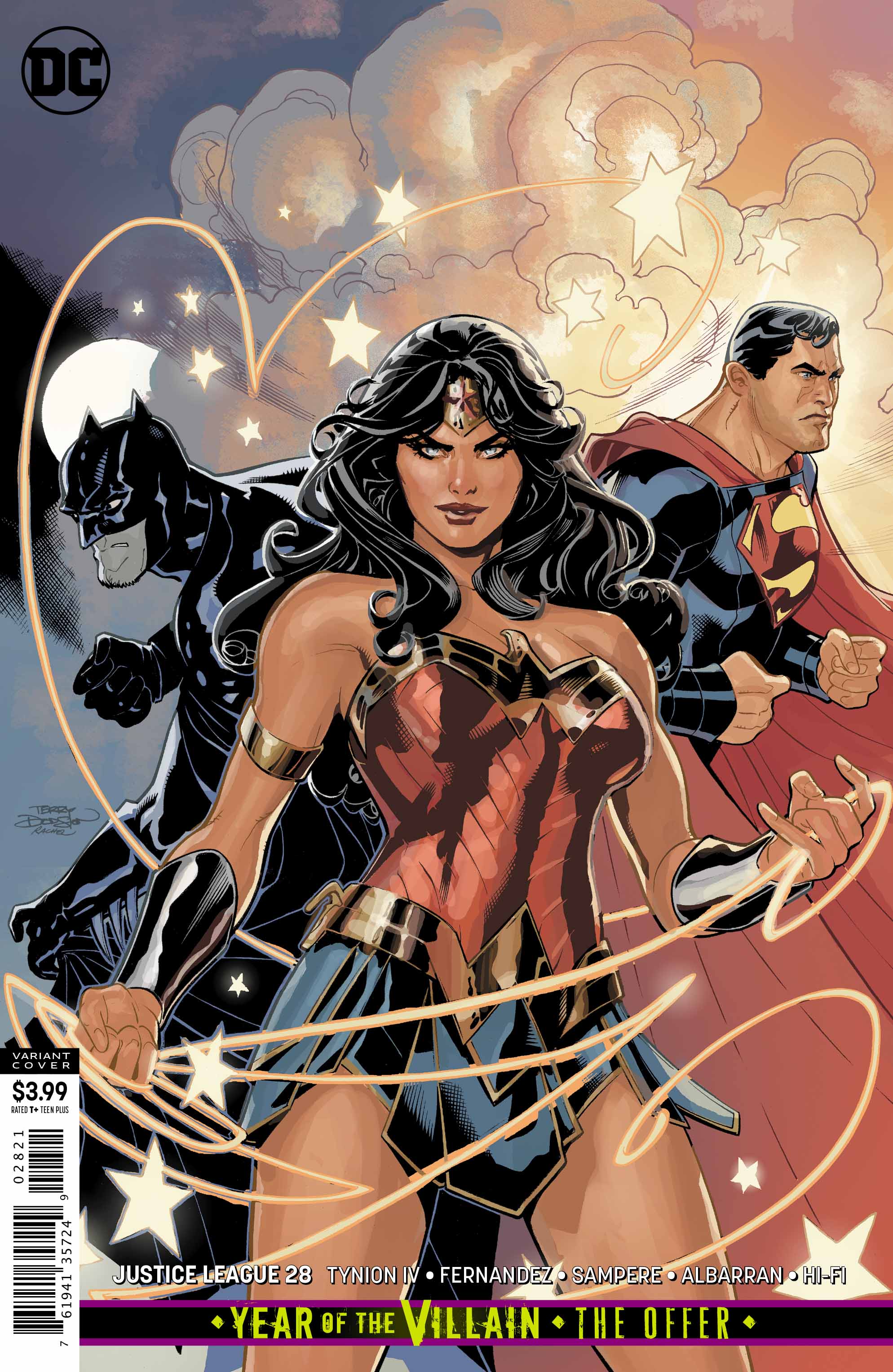 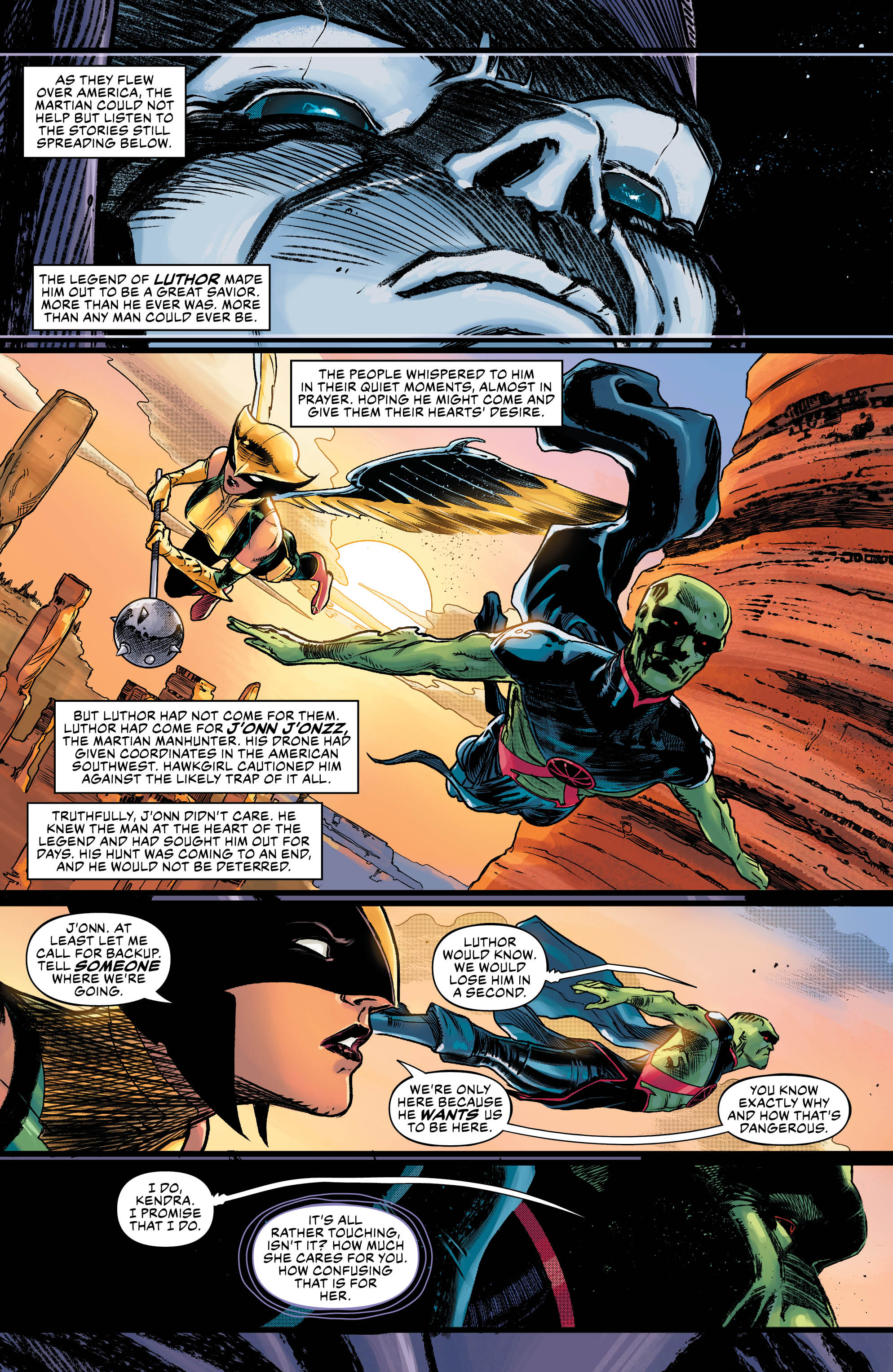 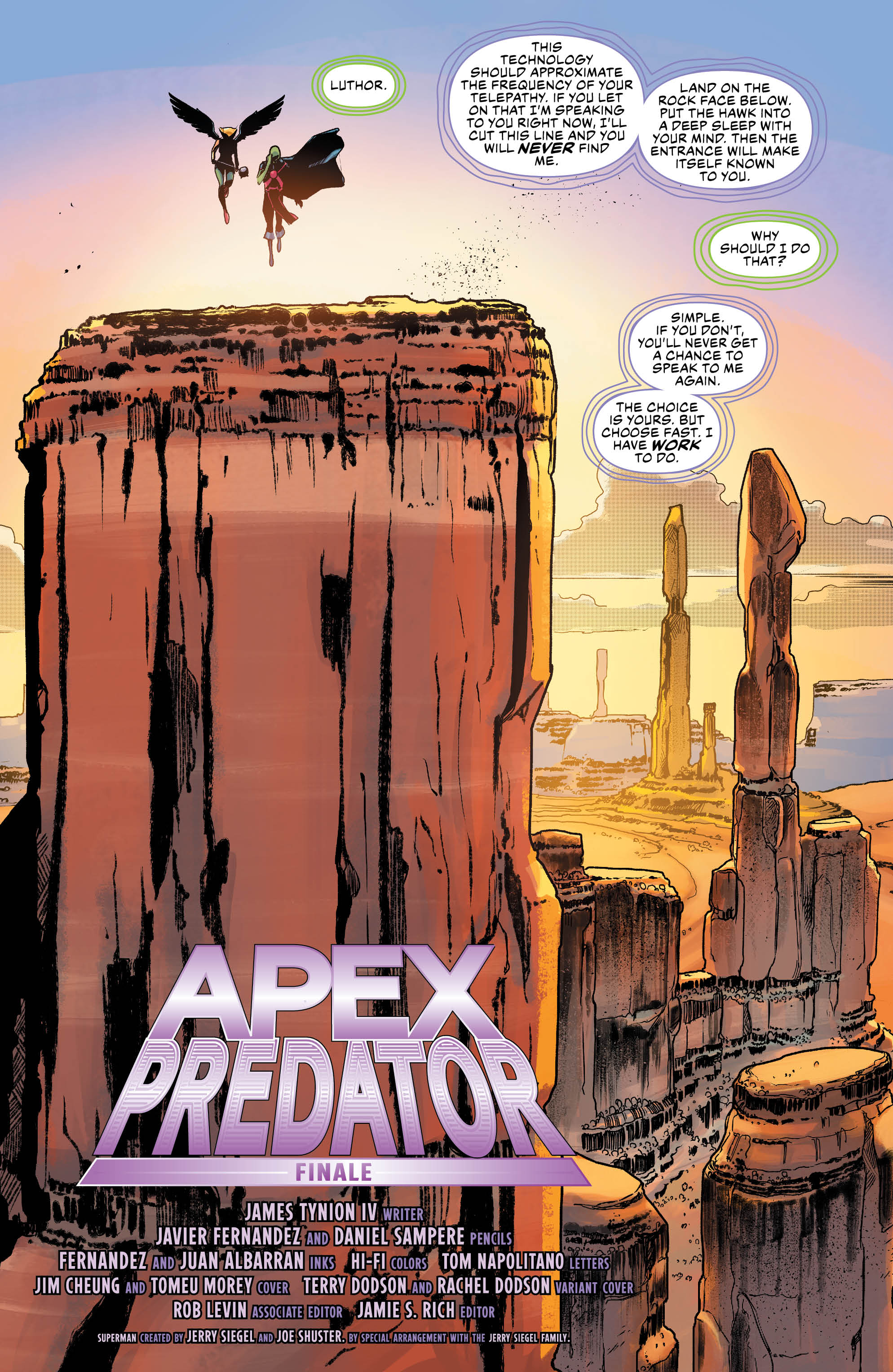 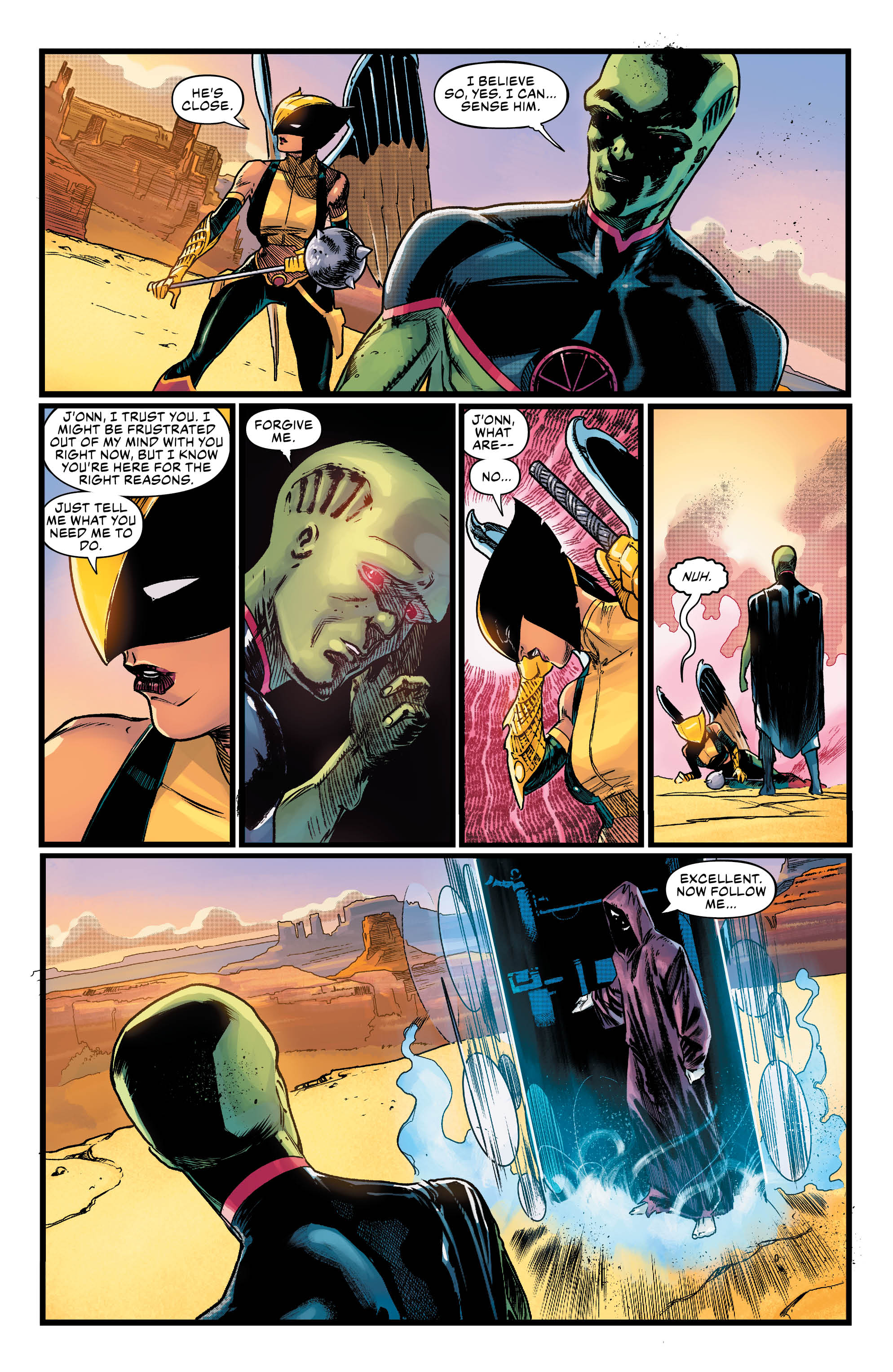 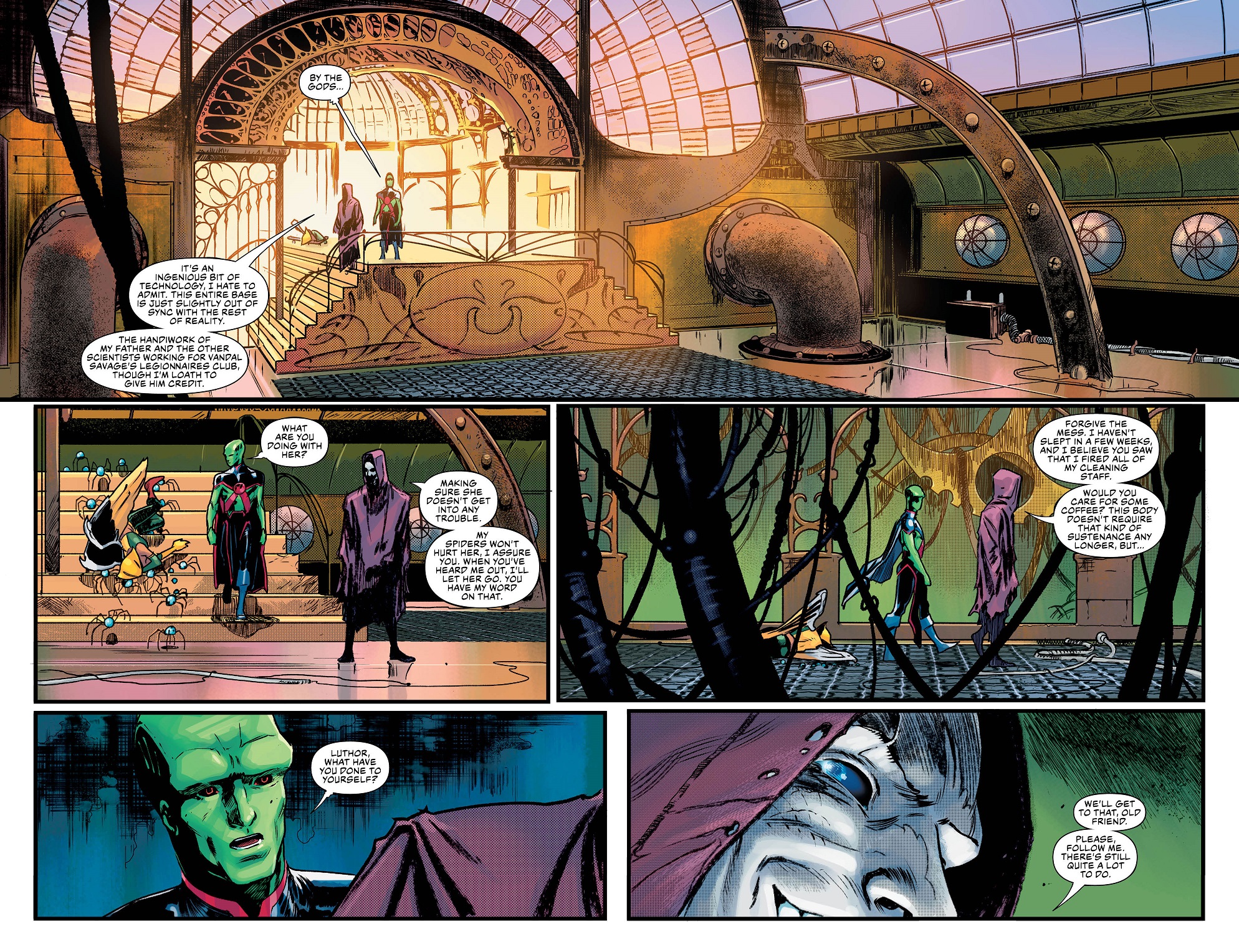 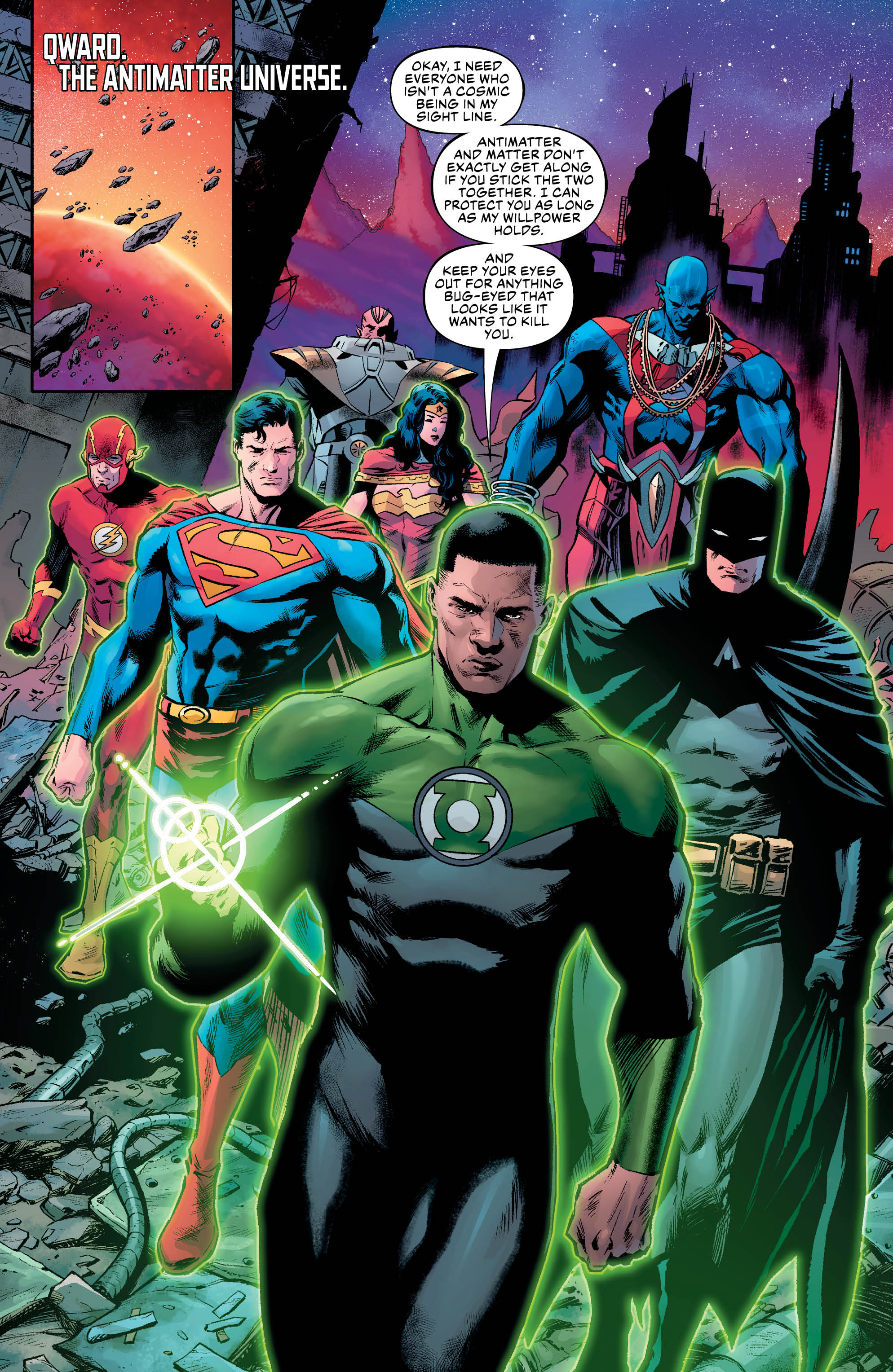 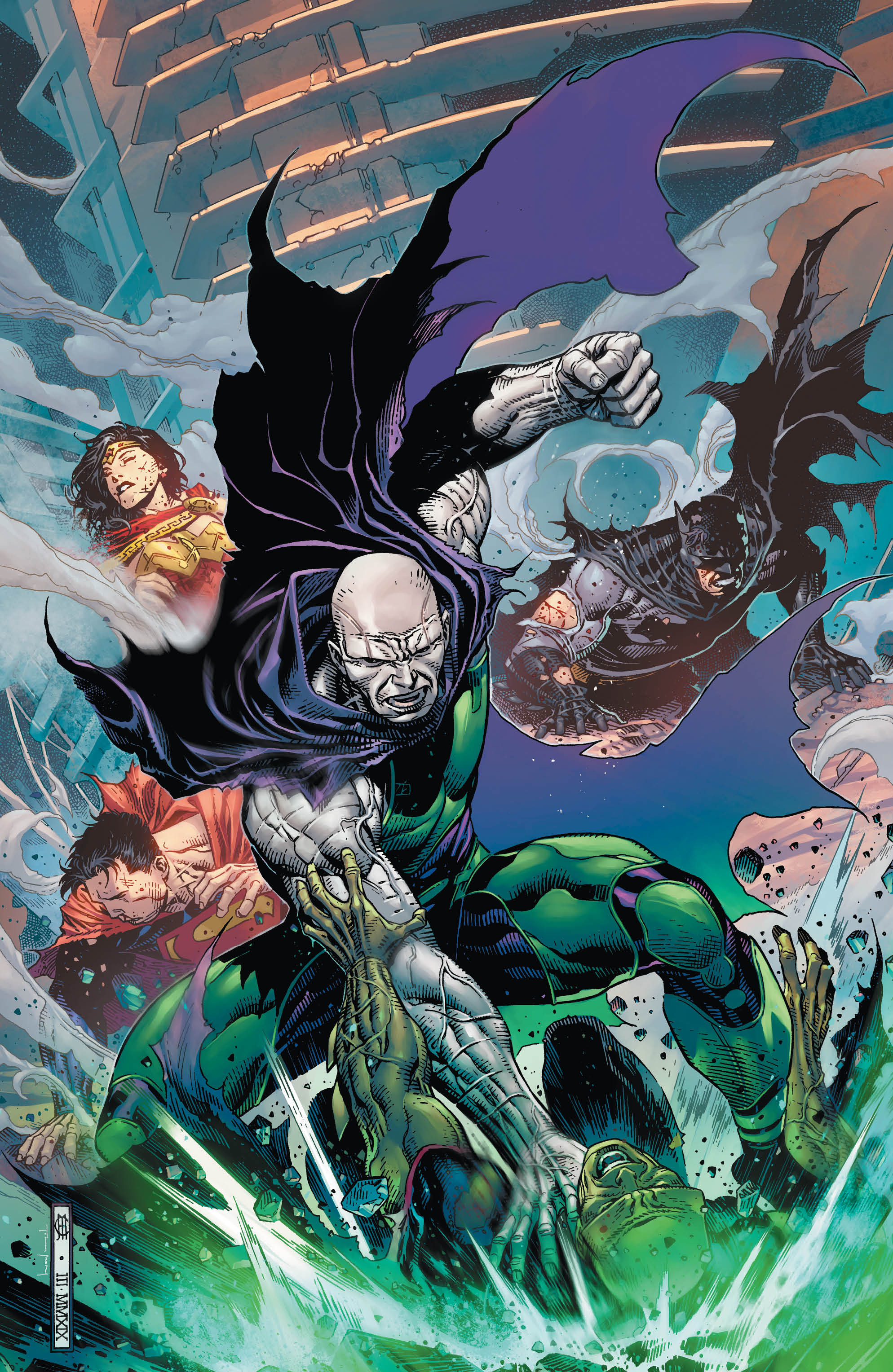 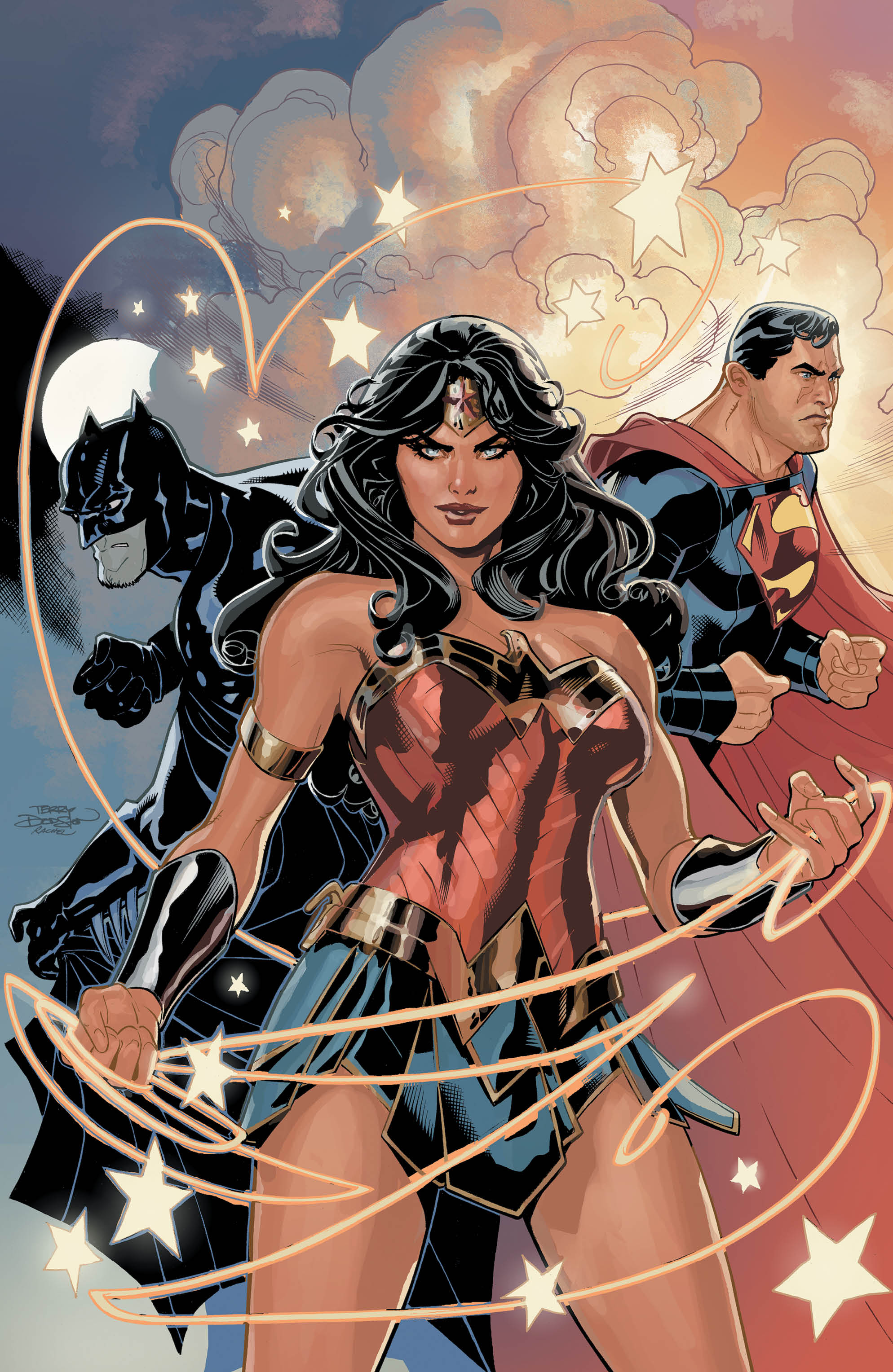 The “Apex Predator” arc ran for a mere three issues, and while Javier Fernandez had pencil credits on every installment, he teamed up with someone different on each chapter. This time his sidekicks were Daniel Sampere on pencils and Juan Albarran on inks. The nice thing about these issues is that, for the most part, the art is fairly consistent. While there were a few bumpy moments in Justice League #26, things improved the following issue and the quality didn’t falter for this one. Sampere and Albarran’s work stayed within the tone and style already established; therefore, it’s barely noticeable that there’s new blood on the title. In short, it works.

“Apex Predator” has been a fantastic breather arc for Justice League. It’s been full of wonderful character moments while still pushing the plot of the series forward significantly. Tynion has proven himself a master of voice, bringing depth and nuance to each of these characters. Justice League #28 is a game-changer of an issue. The ending is stunning, setting the stage for The War of Justice and Doom. Luthor is on the rise, the League is on the run, and all hell is about to break loose.

Final Verdict: do yourself a favor and buy this book.