Two of my biggest loves in life are Batman, obviously, and dogs. Like most people, I adore dogs and every time I see one my day brightens just a little. Being very allergic, I can’t own one, but I enjoy giving love them love. Surprisingly, I don’t love Ace the Bathound as much as I should. I know, shame on me. However, I did find something else that combines those two things and I’ve definitely fallen in love with it. A young man named Chris Van Dorn has started a nonprofit organization called Batman4Paws. It has to do with Batman and pets, but how so? Well, Chris’ mission is to find ways to bring shelter animals to their new homes. What a wonderful cause.

The Dodo has shared a pretty beautiful story of a pitbull named Koko. She was living in a shelter looking for a family and was soon to be euthanized, until a family found her. Unfortunately, she was in Florida and her family was in Tennessee. How would Koko get to her new family? Well, Batman, of course. Chris Van Dorn, dressed in a pretty expensive-looking Dark Knight costume, picked the pup up and drove her 8 hours to her new home. 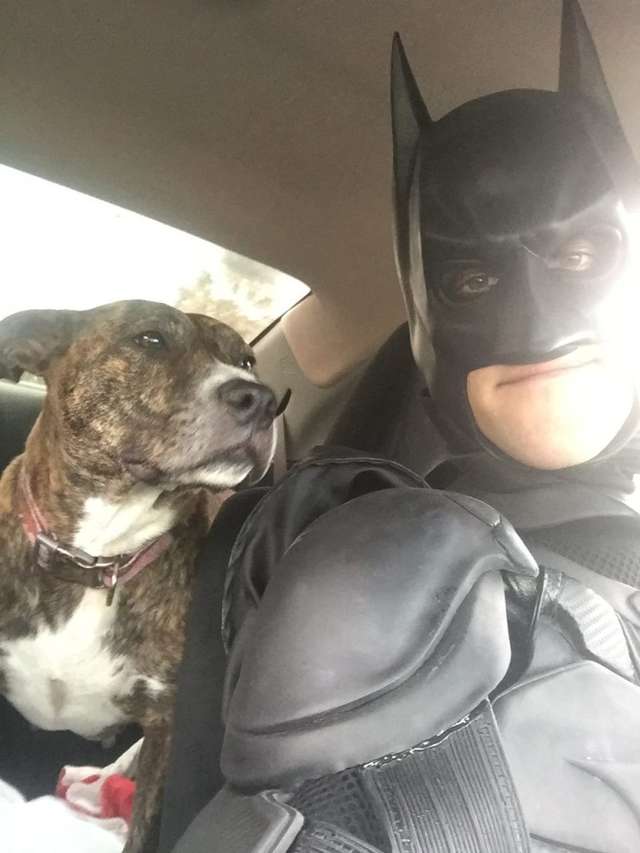 “The real heroes are the people giving these dogs a good, loving home.”

Batman4Paws’ mission is to rescue as many shelter animals as possible and transport them to their forever home. Using Batman was just a means to help bring about attention to his cause. People take notice when you do something like that. I mean, it led him to be featured on comic book news sites including DKN. Chris was inspired after rescuing his own Australian Shepherd, Mr. Boots, who was transported to him from another non-profit shelter animal transport organization called PilotsnPaws. Chris is also a licensed pilot and wanted to help animals, so he married his love of flying and animals to create Batman4Paws. 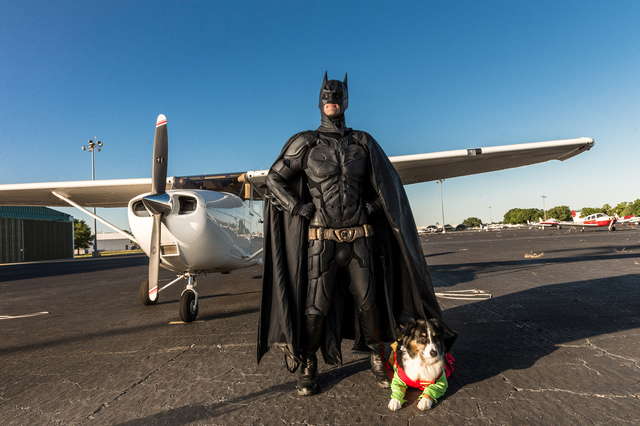 Batman with Mr. Boots as his Robin.

Inspired by Batman: The Animated Series and Lenny Robinson, also known as the Route 29 Batman, Chris Van Dorn never sought fame. In fact, Batman was a cover to maintain his anonymity until GoFundMe declared him their GoFundMe Hero of May. He initially worked under the motto from Batman Begins, “It’s not who I am underneath, but what I do that defines me.” He’s clearly also a fan of Nolan’s Dark Knight Trilogy.

A feel-good story obviously reminiscent of Lenny Robinson, who tragically passed away 4 years ago.  It just brings me so much joy that Lenny Robinson is still inspiring so many people to continue doing good as Batman even after being gone for so long.

If you are as touched by his mission as I am, perhaps you can donate a few shekels to his GoFundMe campaign here. At the moment, he’s driving animals, but hopes to use the donations to start flying animals to their homes.