Route 29 Batman RIP: Lenny B. Robinson Has Passed Away 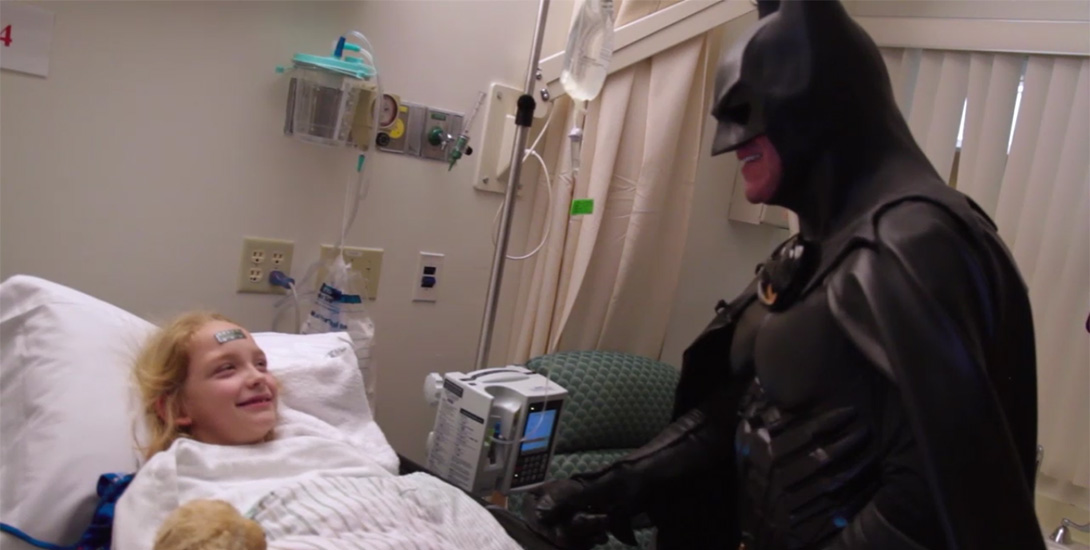 The Batman of Route 29, Lenny B. Robinson, passed away Sunday after being fatally struck by a car on I-70, after his Batmobile broke down on the highway.  You may remember him from the viral video above, from way back in 2012. Robinson was 51 years old,  and spent his free time visiting sick children in the Hospitals as the Dark Knight, complete with costume and cool car.  The accident was seen by a family he had just given some paraphernalia after he had pulled into a gas station. They saw the car break down and at 10:30, while partially in the fast lane, Robinson got out to check the engine. A passing car hit the Batmobile in turn, hitting Robinson. He was announced dead on the scene when help arrived.

Altruistic and dedicated to the Bat-cause, his loss will be felt widely by his friends, family, and the children he would visit as Batman, whom he dedicated most of his free time to making happy. For many of those kids, Robinson WAS Batman. He inspired many, helped many sick children, and was a shining example of how characters can enrich the lives of others.  He will be missed, not just by the people who knew him, but the Bat-fandom as a whole.