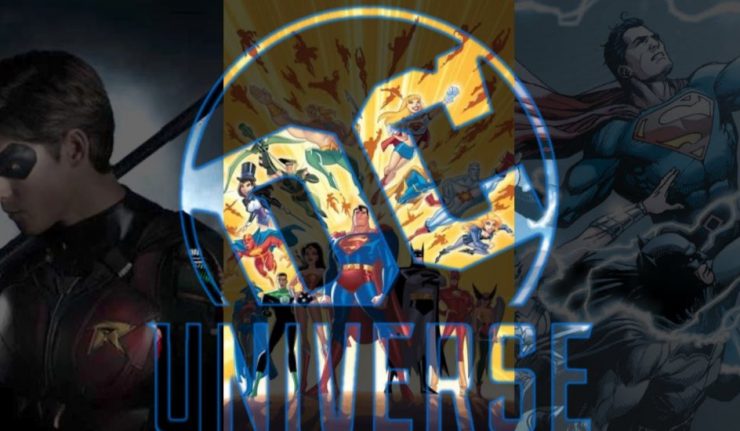 Earlier this week, news broke on the Internet that Swamp Thing had been cancelled after only airing one episode. This wasn’t the first time the series has seen some sort of turmoil. A couple of months ago, we heard news that the series was cut from 13 episodes to just 10. As expected, both pieces of news were met with a tumultuous response on the future of the DC Universe.

After WarnerMedia, DC’s parent company, was acquired by AT&T, it was revealed that there would be a streaming service that would encompass the entire Warner Bros. catalog. This left many fans to wonder about the future of the DC Universe streaming service.

With the cancellation of Swamp Thing, speculation has spread like wildfire, enough for fans to voice their concerns on the official DC Universe forums. While DC and/or WB have yet to really address the rumors regarding its fate, we received some response yesterday… sort of. As I said, WB/DC has not made any official announcement, but we have a messenger in the form of a forum moderator by the name of AppleJack, who wrote a post that kind of addressed the Swamp Thing cancellation.

Will our questions be answered?

A million thanks for your patience. We understand this has not been an easy time for you as fans, and I will do my best to provide you with a satisfying answer.

🌱 The full 10 episode season of Swamp Thing will continue to air on DC Universe with new episodes released weekly. There are no current plans for a Season 2.

🌱 We appreciate there are questions as to “why”, but unfortunately we are not in a position to answer at this time.

And now, the good news:

🌱 DC Universe continues to develop new shows, new seasons, new stories, more availability, and more platforms. We’ve got a lot of exciting plans for our other shows in the works, and look forward to sharing more in the coming months.

That’s all the information I have to share at this time. Now that you have the goods, we will be going back through the threads and removing the false rumors and speculation that this choice means DC Universe or any of our other original series were affected.

Feel free to ask questions in the comments below, and I will answer to the best of my ability. ❤️

So… none of the questions were answered. Not really, at least. It was an evasive post that reiterates things that we already knew. There’s no definitive answer to whether or not DC Universe will continue in spite of the upcoming WB streaming service. However, you also have to take into consideration that this moderator is simply the messenger and that this should not be regarded as an official statement. Once WB/DC is ready to say something, they will.

AppleJack was clearly told to say something on the forum that didn’t say anything. So, in a word, don’t shoot the messenger. With that in mind, also make sure that you trail their path with salt. You know… since they don’t necessarily represent WB/DC.

In my opinion, it’s a real shame. I really enjoyed the series premiere of Swamp Thing. I believed it could have been another great way to really shake up the streaming service, drawing in newer fans since the series, to me, felt less comic booky and more horror based. For instance, I have a good friend who’s a huge horror movie fanatic that would have likely enjoyed it. Swamp Thing is a great character too, with plenty of applications for a series. Alas… I really hope we get something on par to replace it.

As for the fate of the DC Universe streaming app? I hope it continues, but without varied content like Swamp Thing, its chances of success have decreased.

Swamp Thing Season 1 will continue to air on DC Universe weekly on Fridays.