Batman And The Outsiders #1 Gets strong Reactions From Comics Creators

Batman And The Outsiders #1 recently debuted and has already gained some attention amongst some well know names is the comics industry. For those who have not read the issue, Batman assembles a team of DC heroes to combat threats; the most recent – a new character named Kaliber – is a time-traveling, gun-totting cyborg. Many fans have pointed out how his resemblance to Cable, a character from Marvel’s X-Men comics. The similarities appear to be intentional. 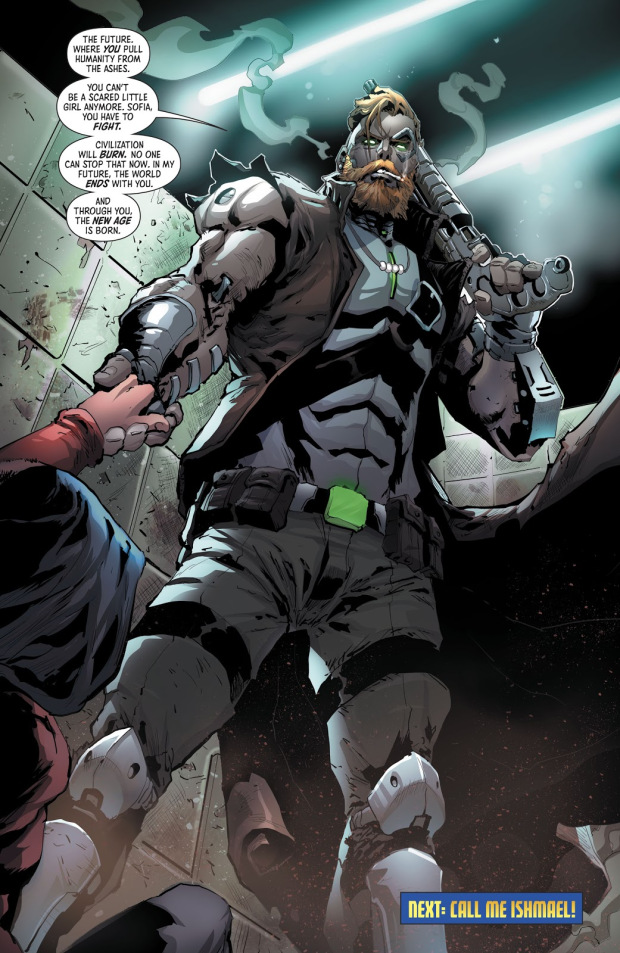 Kaliber, from Batman And The Outsiders #1

On Twitter, Cable creator Rob Liefeld even chimed in about Kaliber’s inclusion.

However, not all creators were as receptive. Black Lightning creator Tony Isabella blasted Batman And The Outsiders #1, claiming that it reduces Black Lightning’s role to a token black hero. Isabella took to Twitter to vent his frustrations.

Don’t try to put a silver lining on DC reducing Black Lightning to Batman’s support negro. It’s insulting to the character, his fans and the creator with whom he wouldn’t exist. For authentic Black Lightning, read Black Lightning: Cold Dead Hands and watch the brilliant TV show.

Outsiders‘ writer Bryan Hill responded to the critique with some wisdom for fans.

PLEASE don’t attack any creator for their opinion of me or my work. No need for that. Everyone is entitled to their opinion, and it’s ultimately the work that will demonstrate virtues and flaws. Let’s focus on the work and see where it all goes and thanks so much for reading!

Racial Representation on the Outsiders

It’s disappointing to see a creator like Tony Isabella dislike Outsiders, especially as his complaints are not completely warranted. Isabella believes that Black Lightning’s inclusion is due to tokenism. Tokenism is the practice of including racially diverse characters for the sole sake of gaining the appearance of diversity. In comics, this usually is seen as including one minority character on a team of Caucasian heroes. The most prominent example is Cyborg being in the Justice League in their recent film.

This is not the case with the Outsiders. In fact, the Outsiders’ roster is one of the most racially diverse rosters in comics currently. The team boasts of two Asian females (Katana and Orphan), two African American males (Signal and Black Lightning), and one Caucasian male (Batman). If anything, Batman is the token character here.

Regardless of how one feels about diversity representation, Dark Knight News encourages fans to pick up Batman And The Outsiders #1. You can read DKN’s review for the first issue here.