Batman writer Tom King has discussed his plans for the Dark Knight and the upcoming “City of Bane” storyline.

On “Knightmares” and “The Fall and Fallen” Storylines

The Hollywood Reporter sat down with the esteemed comic writer about his comic run so far and what to expect from Bane. King talked about the reasoning for his “Knightmares” story arc, saying how it breaks Batman down emotionally. It was all part of a plan to tear him down for Bane.

To me, the “Knightmares” arc was the most important one, perhaps of the whole series. That’s where we sort of untethered Batman, in a sense. We took away his defense. The one thing about Batman is, he doesn’t doubt that his cause is just in the moment. The end of “Knightmares” – the revelation that he was almost happy, he almost achieved that, but it was his vow [to avenge his parents’ death] that kept him from that – that, to me, is, “Now he’s vulnerable.” Now he has doubt.

King also discussed the current story running through the title “The Fall and the Fallen”. It reveals how Batman’s greatest asset is to keep persevering after getting beaten down. However, the storyline will examine Batman’s limits.

[Batman] comes out of the dream and is basically, “That’s it! I’m just gonna punch people until I win!” And Bane is ahead of him; you’ll see in issue 71, he’s expecting that, he’s planned for it. He knows that there’s a limit to that.

Something Huge Will Happen in “City of Bane” 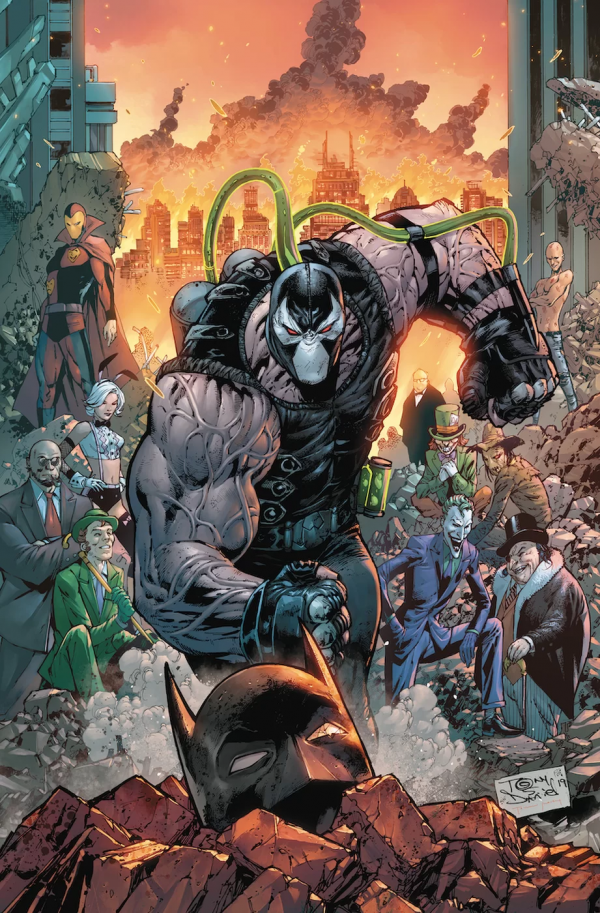 “City of Bane” is one of DC Comics most anticipated storylines of the year. It will show the ultimate endgame of Bane’s plans to physically and emotionally break Batman. King also promises that it will deconstruct Batman in a way never seen before.

I’ve been tearing Batman down all that time. “City of Bane” is Batman getting off the ground, saying, “I’m still here,” it’s the turning point. We’ve reached the low point, now it’s time for Batman to come back and show you why he’s Batman. Maybe that won’t be in the traditional way, but it’ll show you why Batman matters.

After “City of Bane” there will be a story dealing with the immediate fallout. However, the arc will be so impactful, that King teases far-reaching effects for the Caped Crusader for years to come.

If these repercussions are anything like what King is hyping it up to be, then fans will be in for a treat.

“City of Bane” will start in Batman #75, on sale in July. For further Dark Knight News coverage of the event click here.

To see our review on the first issue of “The Fall and the Fallen”, click here.

Batman And The Outsiders #1 Gets strong Reactions From Comics Creators