The Chinese pop culture merchandise company is working in conjunction with DC Collectibles, and the Beijing Imperial Court Cultural Development Company, to release the set of figurines.

They’re based on ancient Chinese warriors from the Imperial Palace, during the Ming Dynasty. 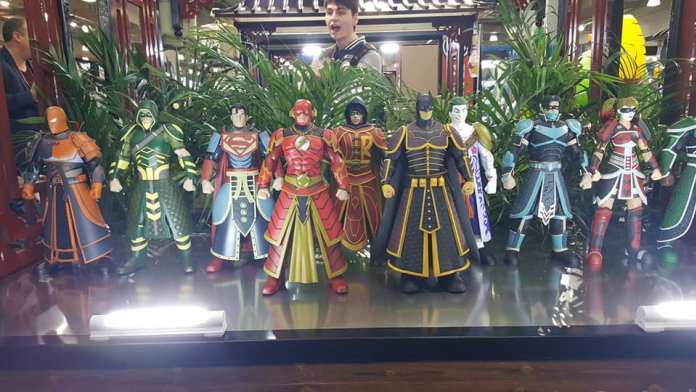 Honestly, the best design is the Nightwing figure. Look how seamlessly the Nightwing logo blends into traditional Chinese design work.

Pop-Life Global CEO Guenther Hake is tremendously proud of the project. Here is Hake from a press release:

The deeply-rooted culture of creativity in our company is the foundation of our success and lies at the core of everything we do. This spirit of creativity inspires our collaborations with the world’s leading artists, leading entertainment brands like DC from Warner Media, and iconic heritage places like the Imperial Palace.

Dark Knight News will update you on further information of the figure set as soon as it’s available.

Jason Todd Gets Revenge on the Joker on ‘DCeased’ Variant Cover