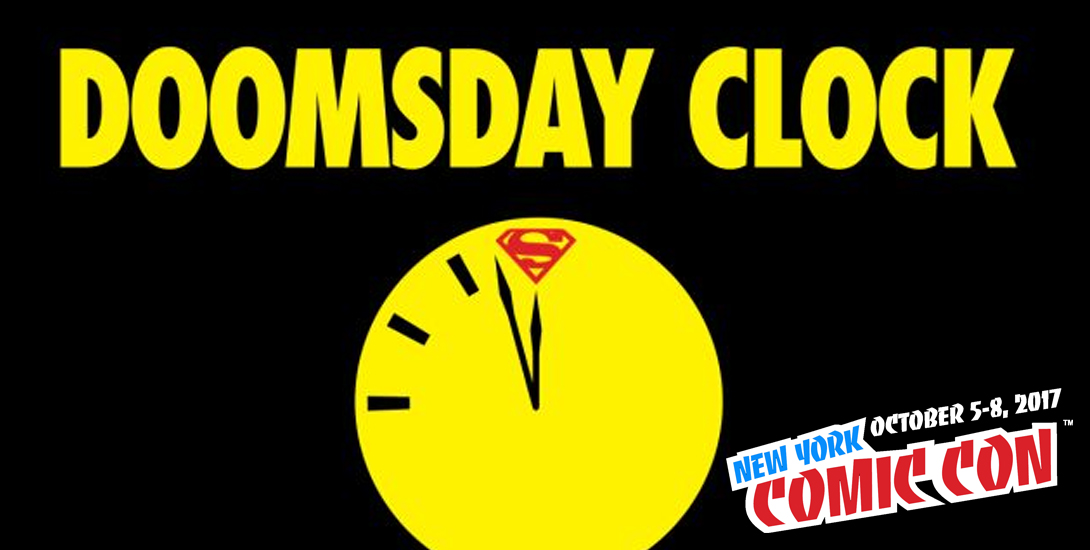 The premise for Geoff Johns and Gary Frank’s Doomsday Clock was originally established in the one-shot issue DC Universe: Rebirth Special #1 in 2016, as well as in 2017’s crossover event “The Button”. The Watchmen sequel is a 12-issue series and will be concluding later in 2019.

DC Comics has announced a 2-part collection, with Part 1 available in October 2019 and Part 2 in May 2020. Each collection will feature new cover art by Gary Frank.

You can read DC’s full press release below:

Today, DC announced plans to collect Geoff Johns and Gary Frank’s DOOMSDAY CLOCK into two parts beginning this October. Since the first cryptic tease in DC UNIVERSE REBIRTH #1 to its debut issue, Geoff Johns and Gary Frank’s DOOMSDAY CLOCK has received both critical and sales acclaim as this sequel to Alan Moore and Dave Gibbons’ WATCHMEN pits the heroes of the DC Universe against Watchmen characters Rorschach, The Comedian and the all-powerful Dr. Manhattan with the fate of the multiverse at stake.

DOOMSDAY CLOCK PART ONE collects issues #1-#6 and is scheduled for an October release. The 224-page collection will feature a new cover by series artist Gary Frank, carry an SRP (suggested retail price) of $24.99 and feature all six issues in full, including the supplemental material at the end of each issue. Formed by Johns and Frank, this material provides fans with behind the scenes insight to the world that they’ve created. The collection will also contain all six incredible variant covers by Frank, along with colorist Brad Anderson.

DOOMSDAY CLOCK PART TWO will collect the finale of the series, issues #7-#12, and is scheduled for release in May of 2020. This will also be available at the SRP of $24.99.

For the latest news and updates on DOOMSDAY CLOCK and the World’s Greatest Super-Heroes, visit www.dccomics.com or follow @DCComics on social media.

Home to iconic brands DC (Superman, Batman, Green Lantern, Wonder Woman, The Flash, etc.), DC Vertigo (Sandman, Fables, etc.) and MAD, DC is the creative unit charged with strategically integrating across Warner Bros. and WarnerMedia. Publishing thousands of comic books, graphic novels and magazines each year, DC is one of the largest English-language publishers of comics in the world.

Will you be adding Doomsday Clock to your DC Comics collection? Let us know!

You can read out latest review of the Doomsday Clock series here!