Sideshow Collectibles have two new releases available for sale that will entice all Batman fans. Two extremely high end new figures are now yours to own via www.sideshow.com. The Dark Knight and his arch nemesis The Joker have been given the Sideshow seal of quality and are a must have for any collector.

The Joker sits atop a pogo-stick fitted with a dilapidated carnival game head. A giant purple glove is breaking the Gotham courthouse Seal of Justice, while his patented toxic laughing gas leaks from the wreckage. A Batusi 8-track hides on the control panel of The Joker‘s crazy contraption along with a carved heart with H+J as a symbol of their mad love. 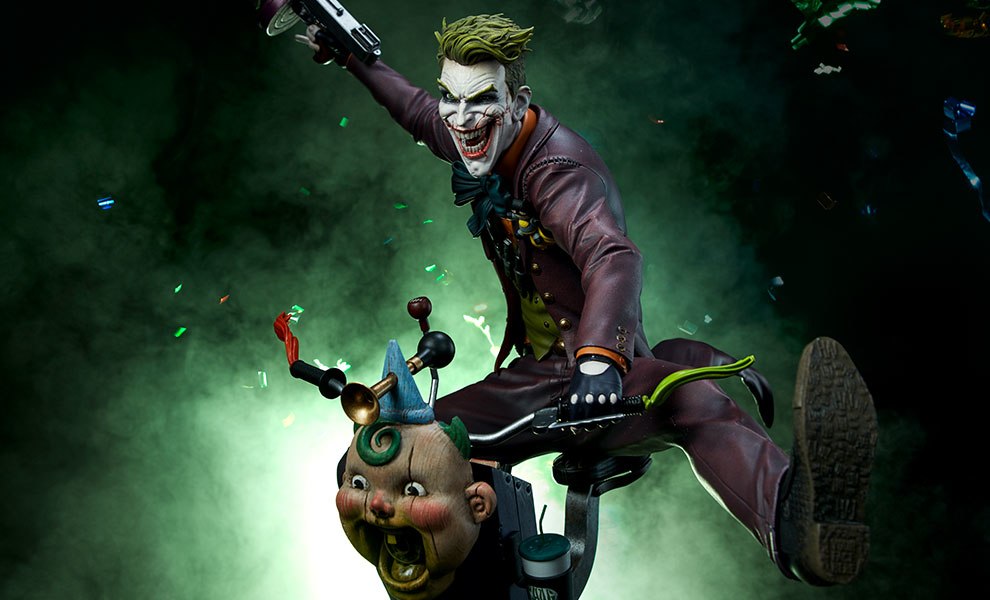 Retailing for $640, this limited edition of just 750 is a must have piece for all fans of the clown prince of crime! Both stunning and eerie at the same time, Sideshow have really hit the jackpot with this piece.

The second statue is a lifelike rendering of Ben Affleck’s Batman, as seen in Justice League, this time in the tactical suit worn throughout the film’s final battle. A spellbinding piece of sculpting, the figure is literally lifted straight out of the movie. 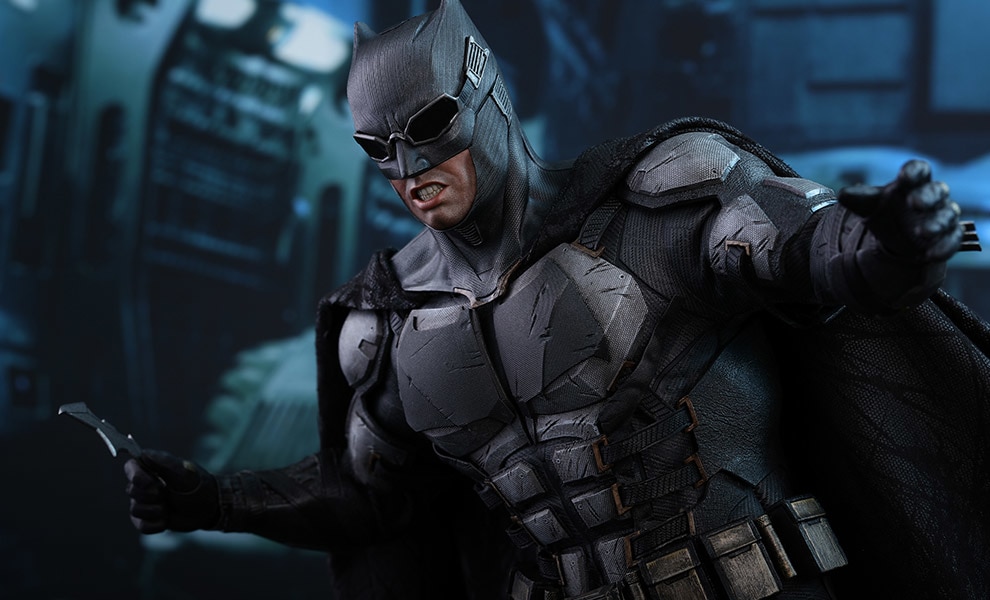 A Special Edition will be available for selected markets which includes an additional Human Mother Box as bonus accessory.

Retailing for $266, this affordable Sixth Scale Figure is destined to be the crown jewel of many a toy shelf around the world. With a vast array of weapons and props included, this is a must have item.

Sideshow have yet again set the bar high, throwing the gauntlet down for others to follow. This writer’s sofa cushions are being lifted up to check for lost cash as we speak…