Eisner Award-winning artist Alex Ross has thrown his hat into the ring to provide two wonderful variant covers for the upcoming release of Detective Comics 1000. Amongst the most iconic artists in the industry, Ross has previously illustrated truly seminal works such as Kingdom Come, Justice and his own collection, Mythology.

Known for his intense style, Ross has transcended the genre to become synonymous with artwork that renders the greatest superheroes and villains in a real world and believable style. 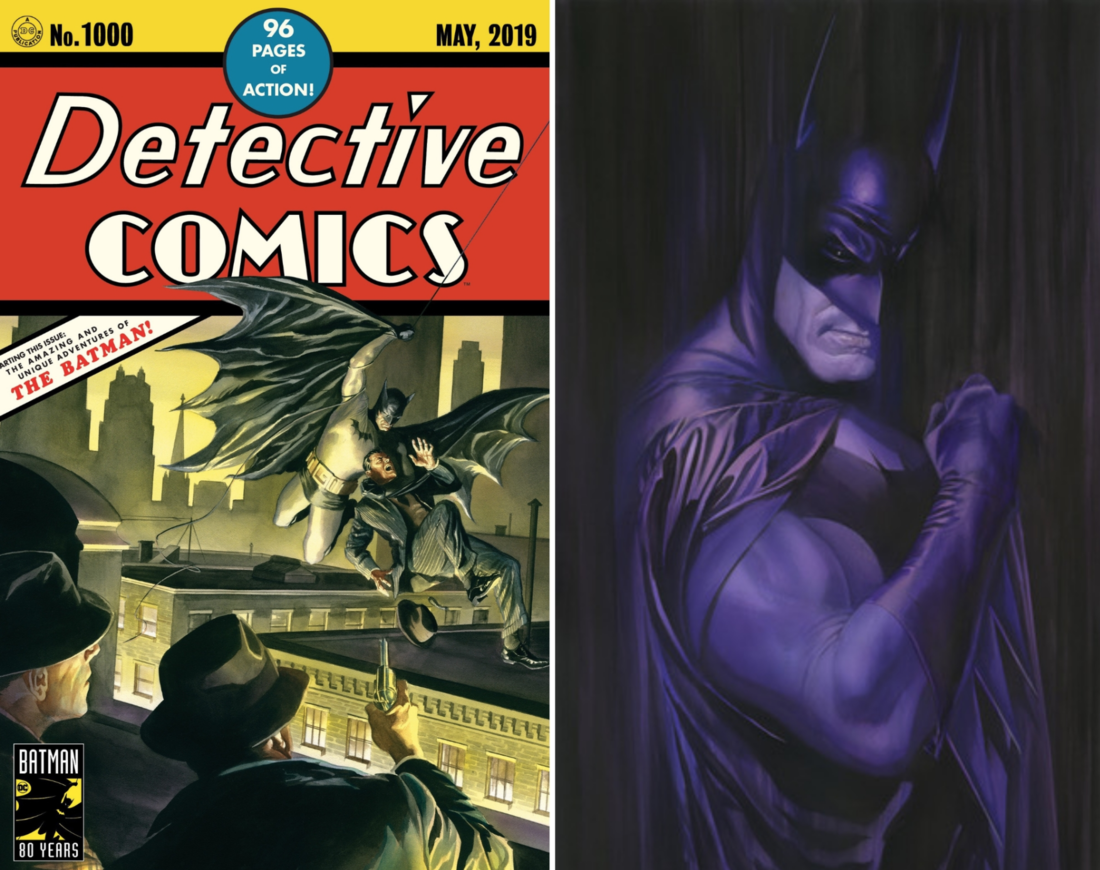 These two sumptuous covers include Ross’ tribute to Detective Comics #27, and are a treat for all fans out there. The artist recently spoke to SYFY WIRE about the cover:

This is a re-creation I’ve been wanting to do for 20 years. I’m happy to get a chance to do it now, with an even bigger milestone.

Signed copies are available to pre-order now through www.alexrossart.com They are extremely limited editions and are priced at $70 each. Non-signed copies are also available for pre-order at $20 each. All pre-orders are scheduled to ship on April 5, 2019 (for unsigned copies) and April 17 (for signed copies). Fans and collectors hoping to purchase these special Batman covers are urged to visit the Alex Ross website and join the product waiting lists.

These covers are going to be the most sought after variants out there, so get those pre-orders placed!