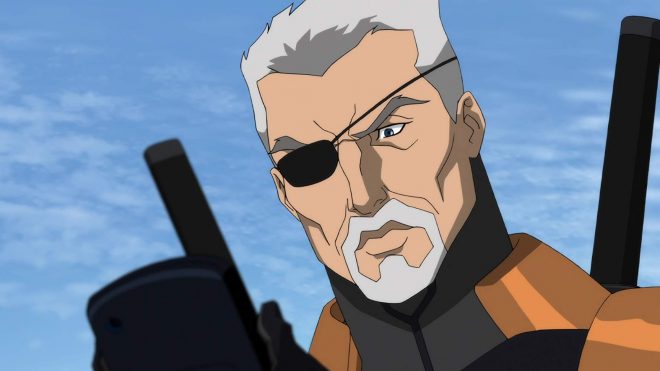 I am a fan of how the show-runners have made both major and minor adjusts to characters, but I have to draw the line at recycled plot devices. We’ve seen the “Heroes bust up a fight ring” before. We’ve actually seen it twice just on Justice League Unlimited. I suppose it was more convenient to choose an underground fight club to move the plot forward. I also was not pleased with using the Court of Owls as an afterthought. It would be nice to see a tie between them and the Light in future episodes. 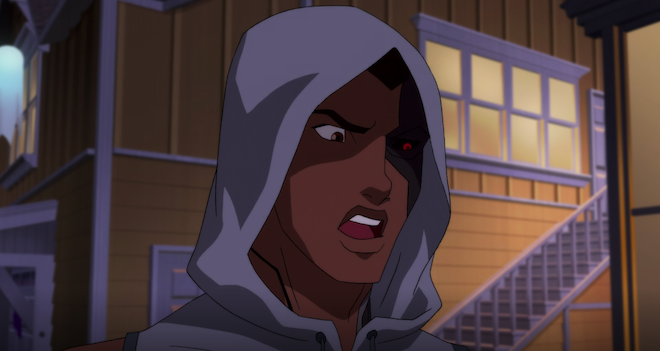 The subplot has The Shining as a spirit animal. I think the concept of Victor merging with a Father Box works well here, as it’s a good counter to Violet Harper’s Mother Box. In other iterations of Cyborg (post-New 52), Victor’s life was saved thanks to a Mother Box. Zeno Robinson captures the split personality of Victor and the Father Box quite admirably. If history is a clue, I don’t think this is the last time we’ll see Cyborg’s evil side… but, I could be wrong.

I don’t know about this one. It was…sufficient. I think that the writers crammed too much into this episode and we need more backstory for the Court of Owls. One of the lighter moments was Superboy and Icicle Jr.’s interaction. Again, not a bad episode, but there’s room for improvement.