With it being 2019, year of the Blade Runner, retro is making a come back. Toys are no different. Funko’s Annual London Toy Fair Extravaganza gives the toy giants a chance to share their standout new releases. Among the new figurines and bobble-heads are the commemorative Batman 80th anniversary Pop Vinyls and the retro-style DC Primal Age Figures.

These new releases are an homage to the 80s DC style, with the characters having hyper-muscular forms. The collection includes Superman, Bizarro, The Flash, Lex Luthor – in his armored battle-suit – and Black Manta. The last piece is Superman’s guard dog, Krypto. He’s so buff, what a good boy! 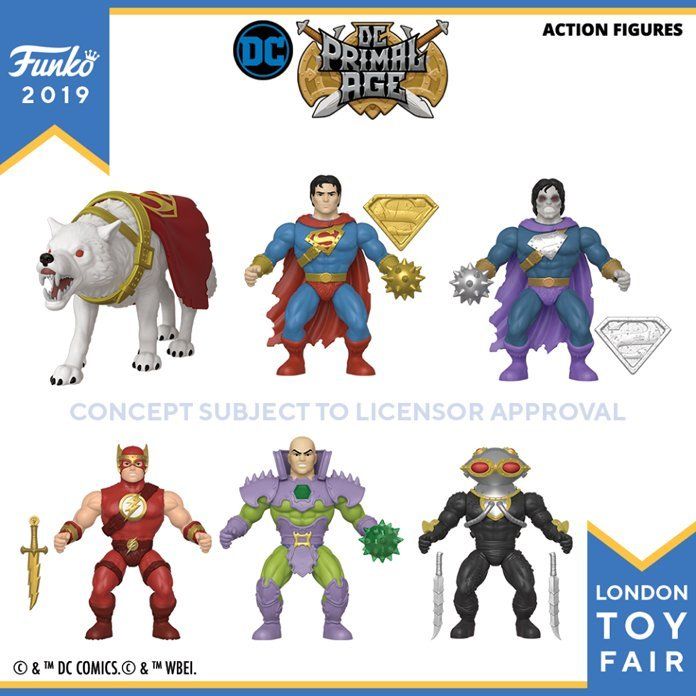 The ‘80s were an undeniably glorious decade for toys and action figures in particular. The heroes were ripped and the playsets were epic. Combine that aesthetic with DC’s greatest Super Heroes and Super-Villains and you get DC Primal Age—a brutal, barbaric world ruled by ferocious warriors. Superman and his beast ride Krypto the Superdog are teaming up with The Flash against Black Manta, Lex Luthor and Bizarro. The weapons are enormous, the attire is rugged and the battles promise to be epic. Horde them all!

The figure series is available for pre-order now and is aimed to ship in March 2019.

What piece are you most excited for from this year’s Toy Fair Extravaganza? Let us know below!