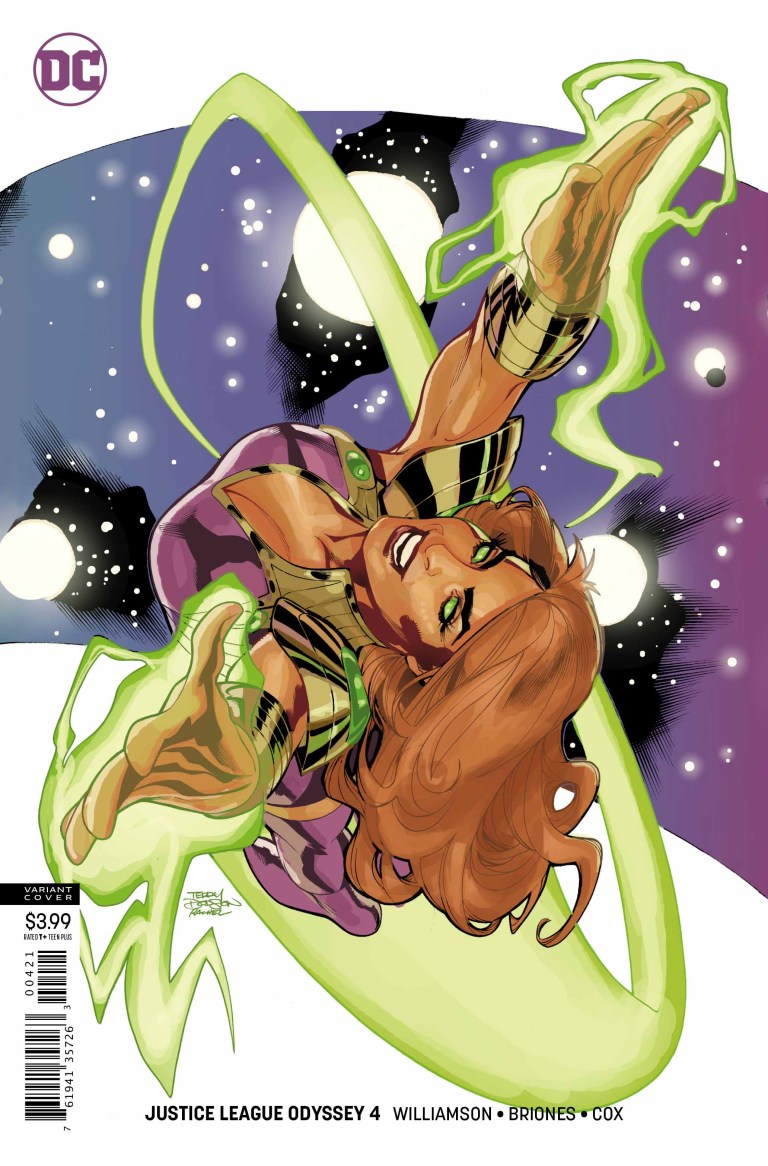 The rocky start this title experienced appears to be over. It has become grounded and established in the current DC run, despite the changes and rewrites. Williamson has successfully managed to create a mystery and I am now entirely invested. This series is in its early stages, yet I am certain everything will become clear. As for right now, it is compelling to me how planets our heroes have never been to can venerate them so strongly. This issue also does the series’ title justice as well.

We really go on an odyssey in this issue. We depart from the tense situation issue three left us with on the junk world, and go to one of the machine worlds. The variety of planets adrift in the Ghost Sector really allows for a variety of stories to be told across this new spot in the DC Universe. I enjoy a story’s setting when it’s mixed and immersive. This creative team has perfectly captured each planet as completely distinct. 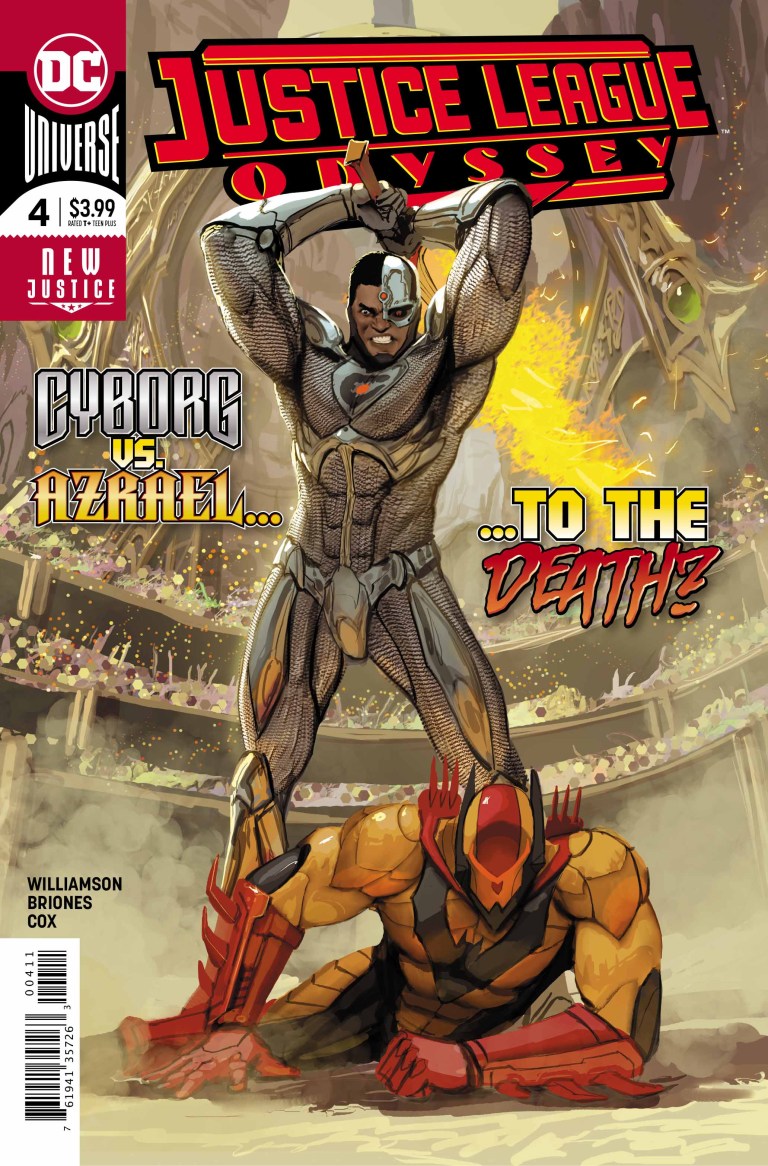 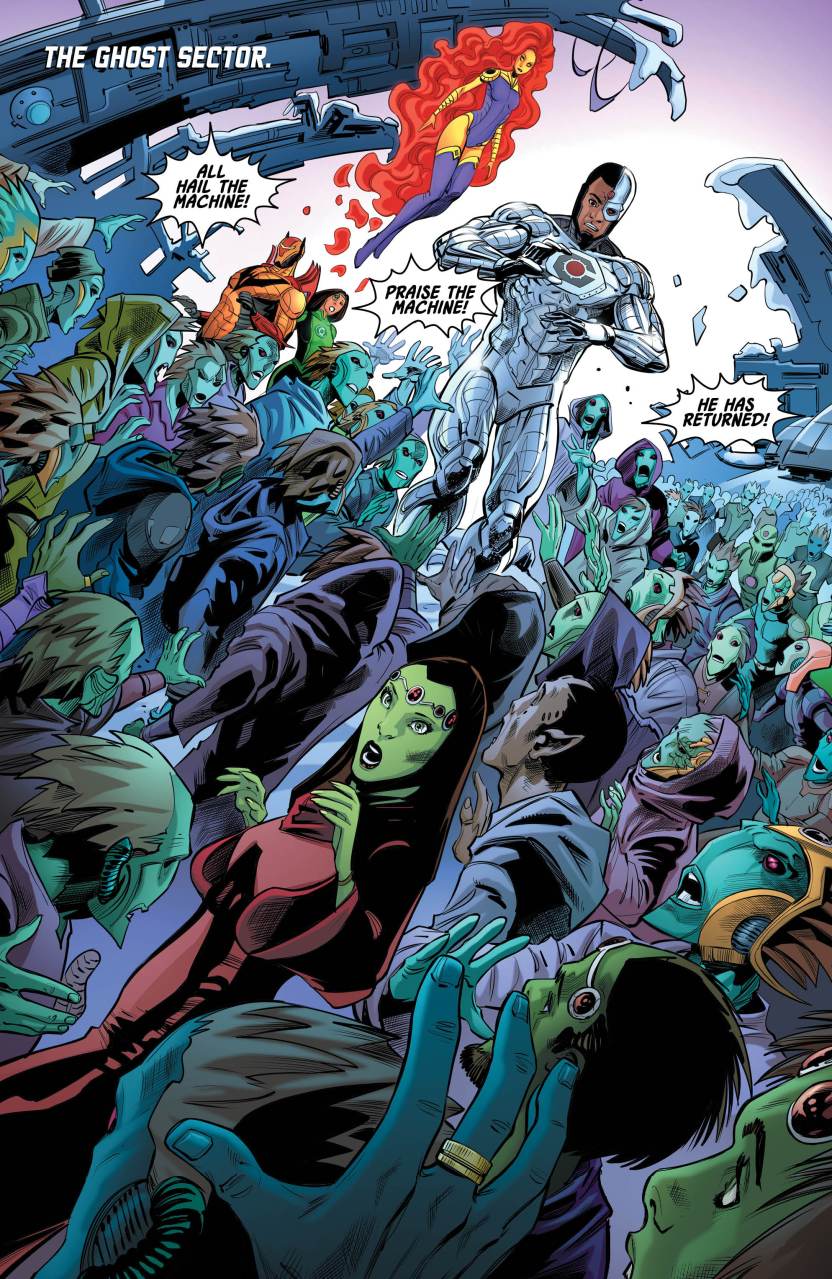 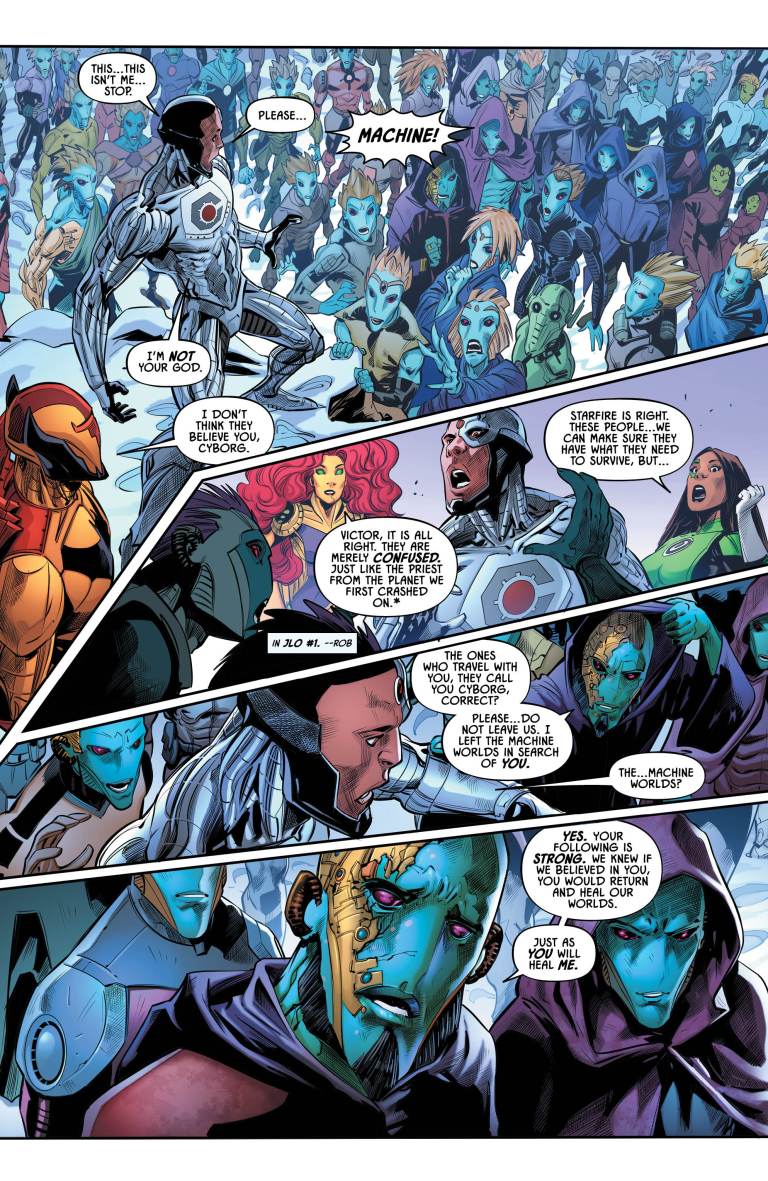 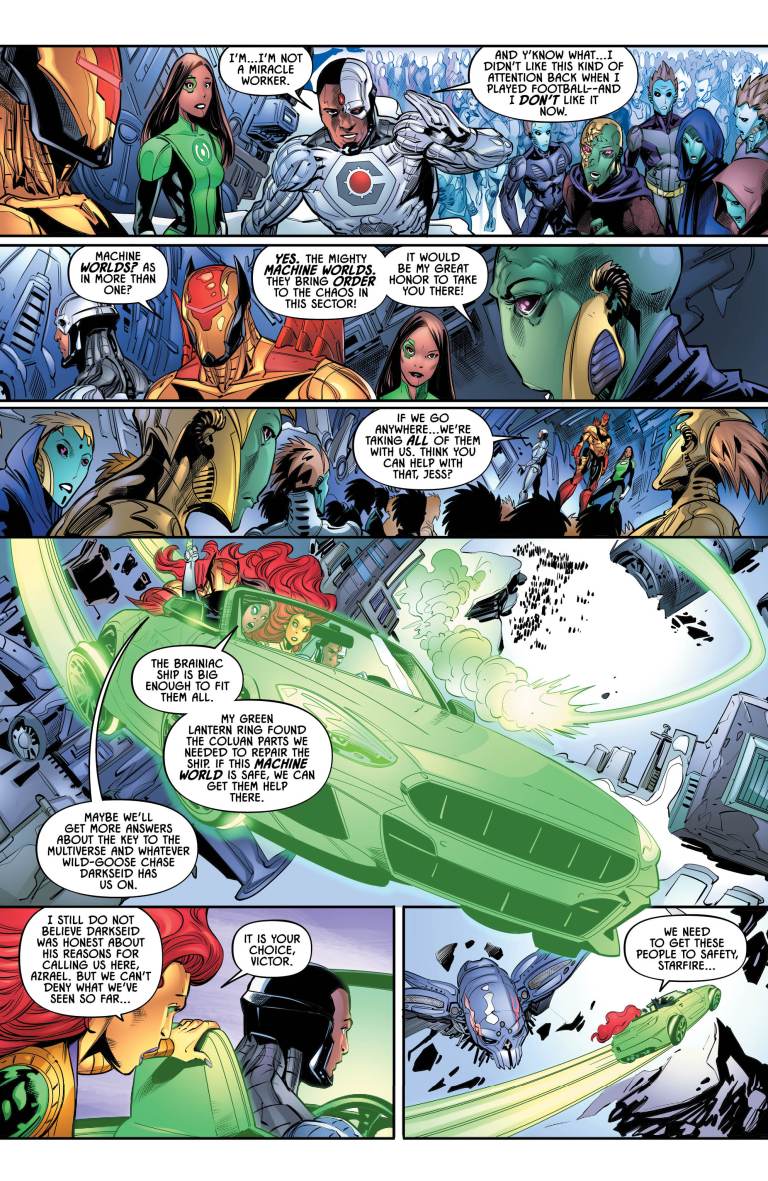 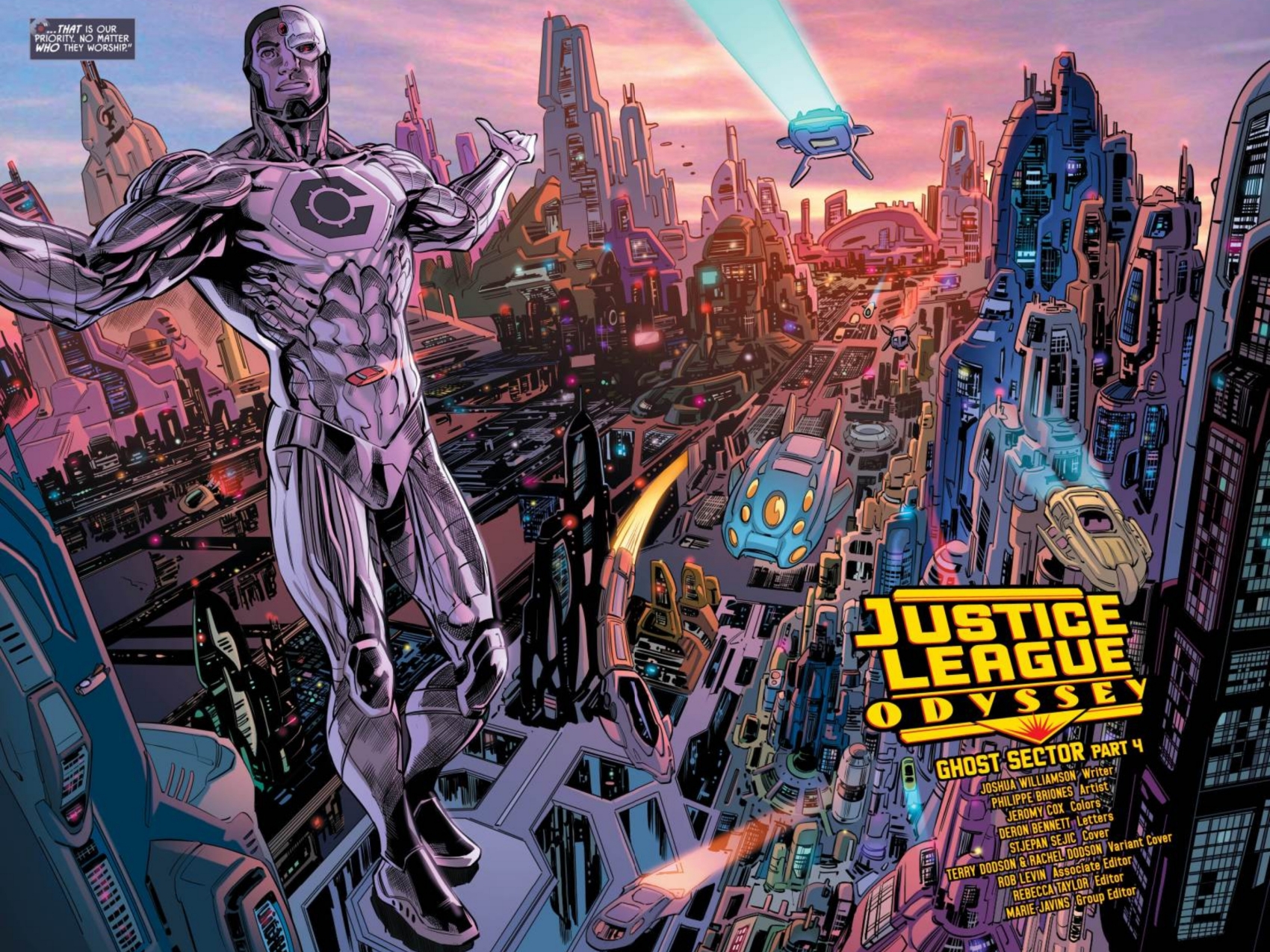 The journey also allows us to see just how these heroes have affected the Ghost Sector. A vision of each of their followings have come clear by now. This part of the storyline adds some personal opinions into the world of DC. A person having faith or bond to a religion can lift them. It is a beautiful thing to see. However, there are some times when that bond is too strong and it becomes zealotry. That is when faith becomes far too dangerous.

Throughout this story, one character who does technically qualify as one of the leads, has been busy. Darkseid has been a malevolent guide on the sidelines. He was included among the line up for this series, so it’s easy to assume he’d be significant. At present, he’s little more than on the fringes, delivering foreboding prophecies. I sincerely hope his relevance to the series increases, and Soon.