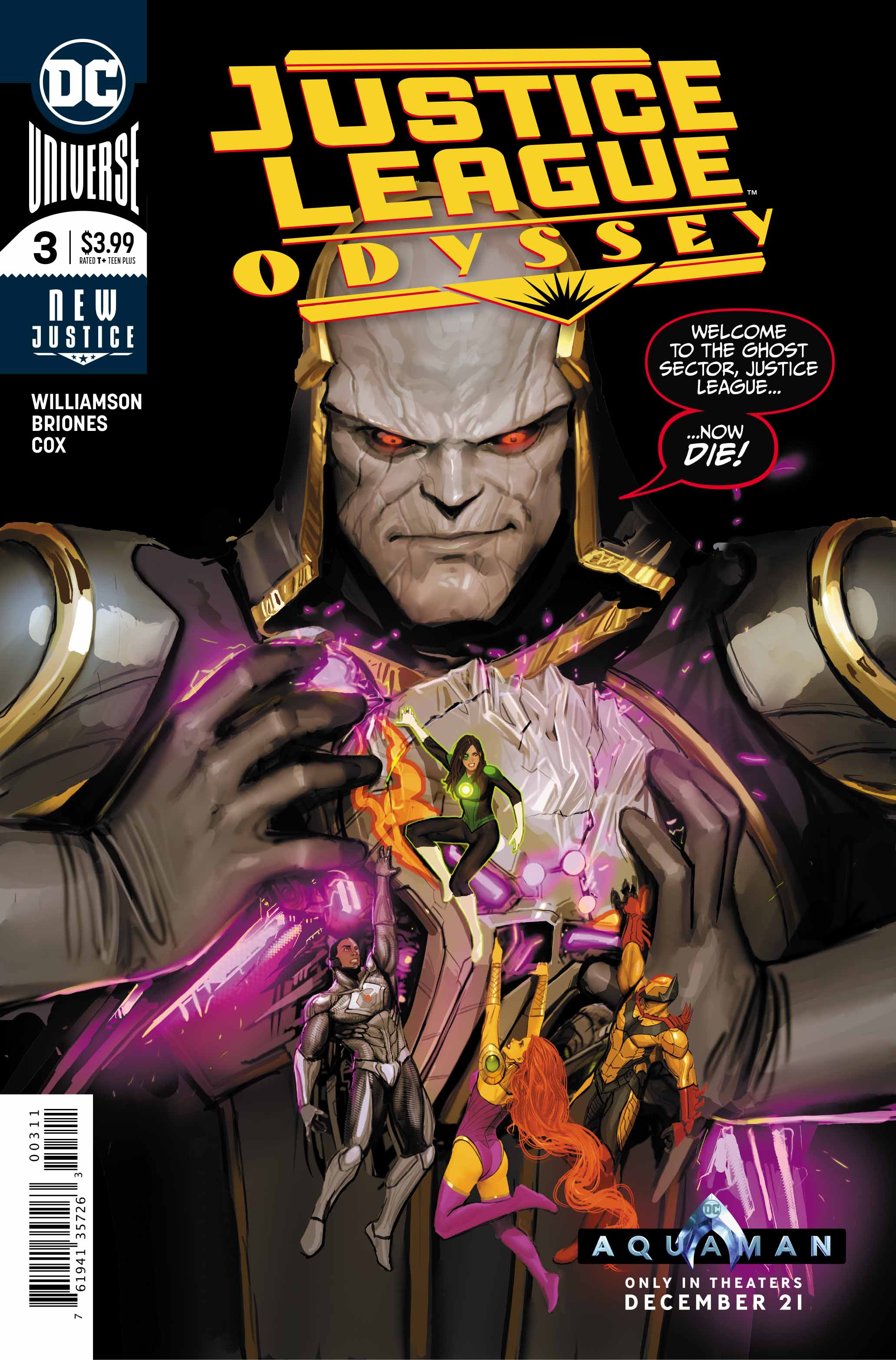 This series has gone through troubles behind the scenes. In the ever changing landscape of DC, a number of their titles have been subject to changes and rewrites. The release of Justice League Odyssey was pushed back as a result of this. I would consider the first few issues a bumpy start. Now that the series has established itself, this issue in particular has a lot of moving parts to make it the best in the run so far.

Everything in this issue just comes together. The daring escape from the dying world is forcing the travel to the many planets of the Ghost Sector. The obvious question of how the planets sustain themselves in deep space, with no sun is answered. I’ll shamelessly confess to being a vigilant stickler for sci-fi logic. Getting that subtle answer to an obvious question, within half a page of me thinking about it, is deeply rewarding. 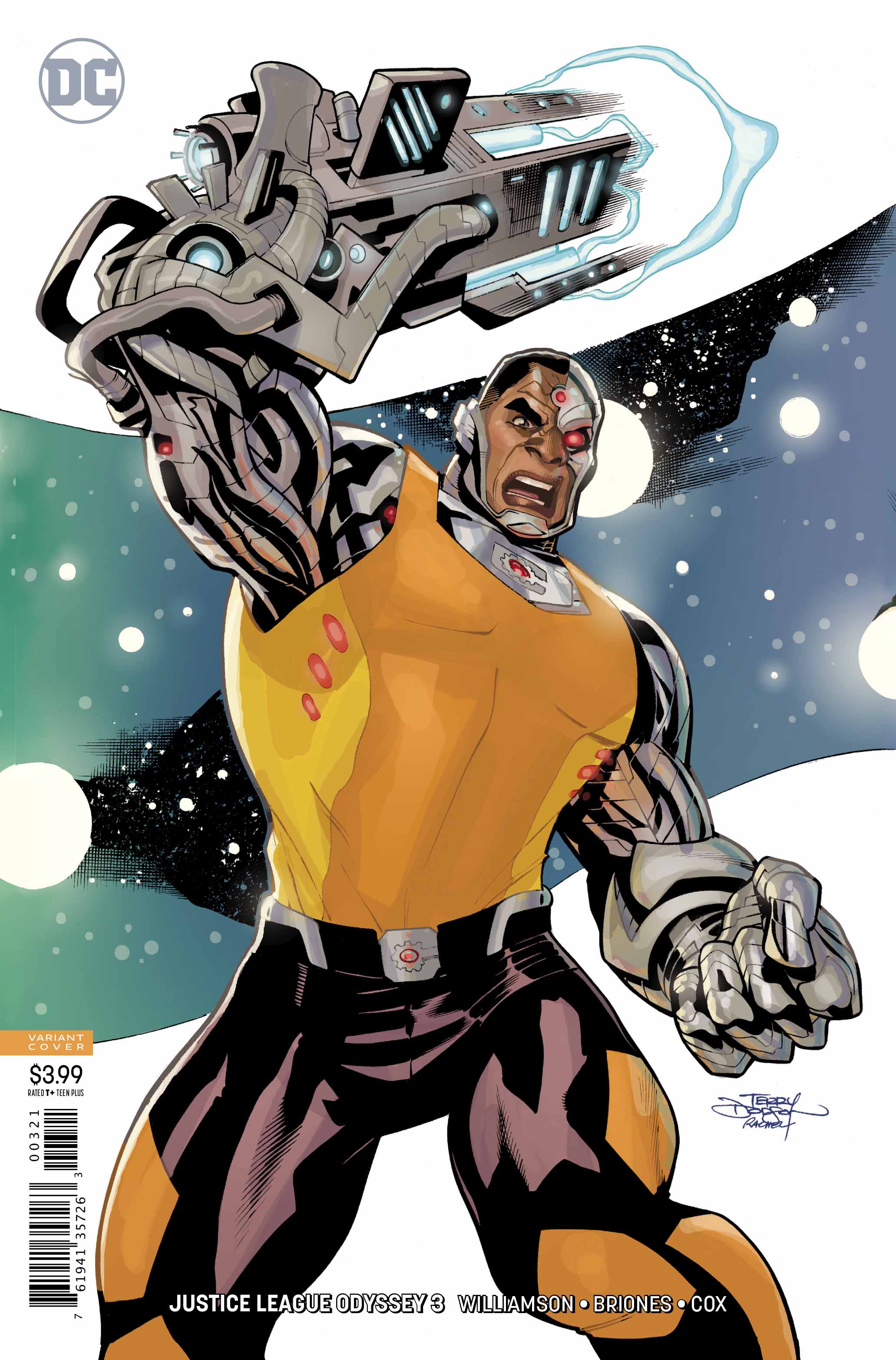 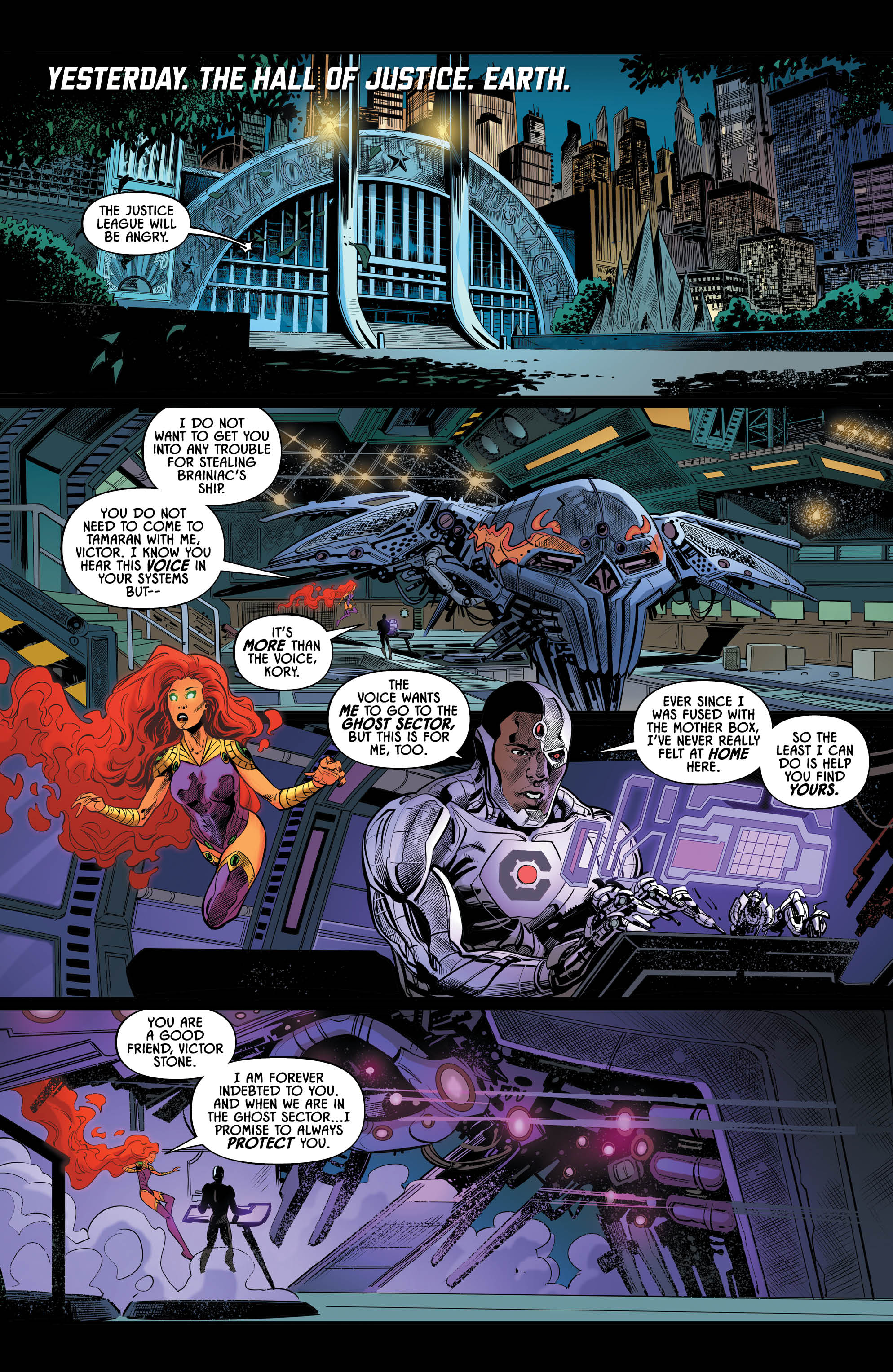 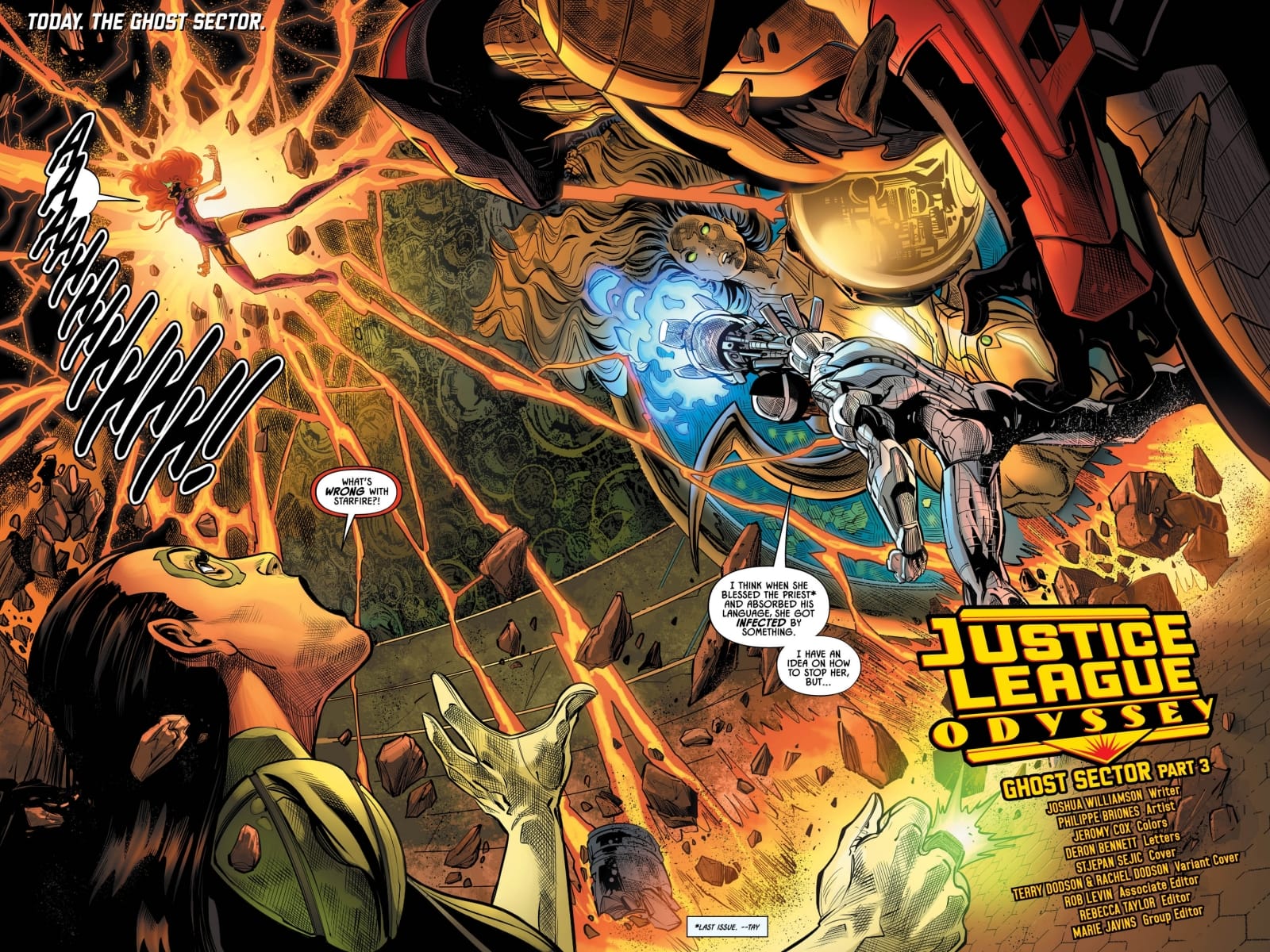 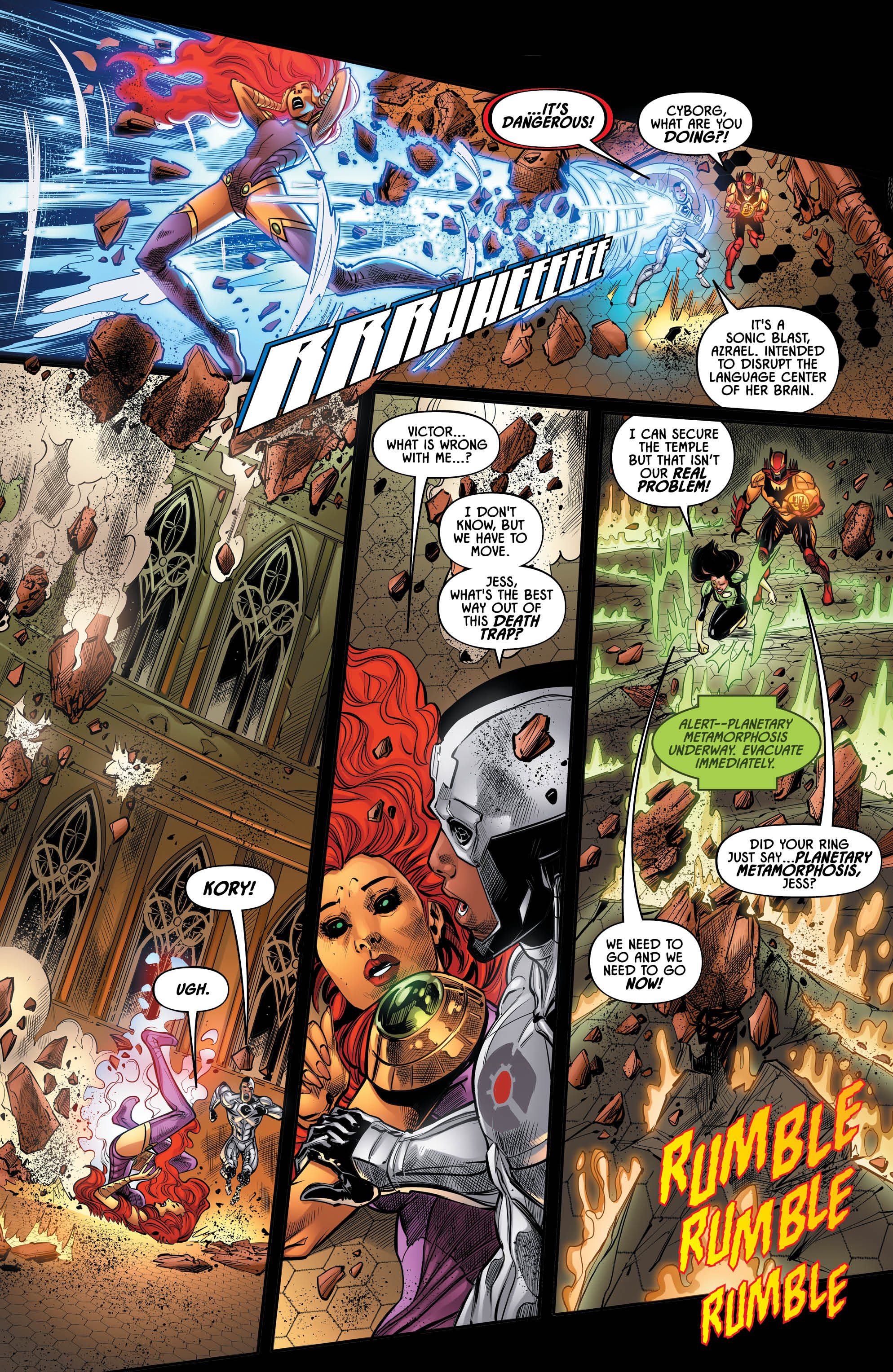 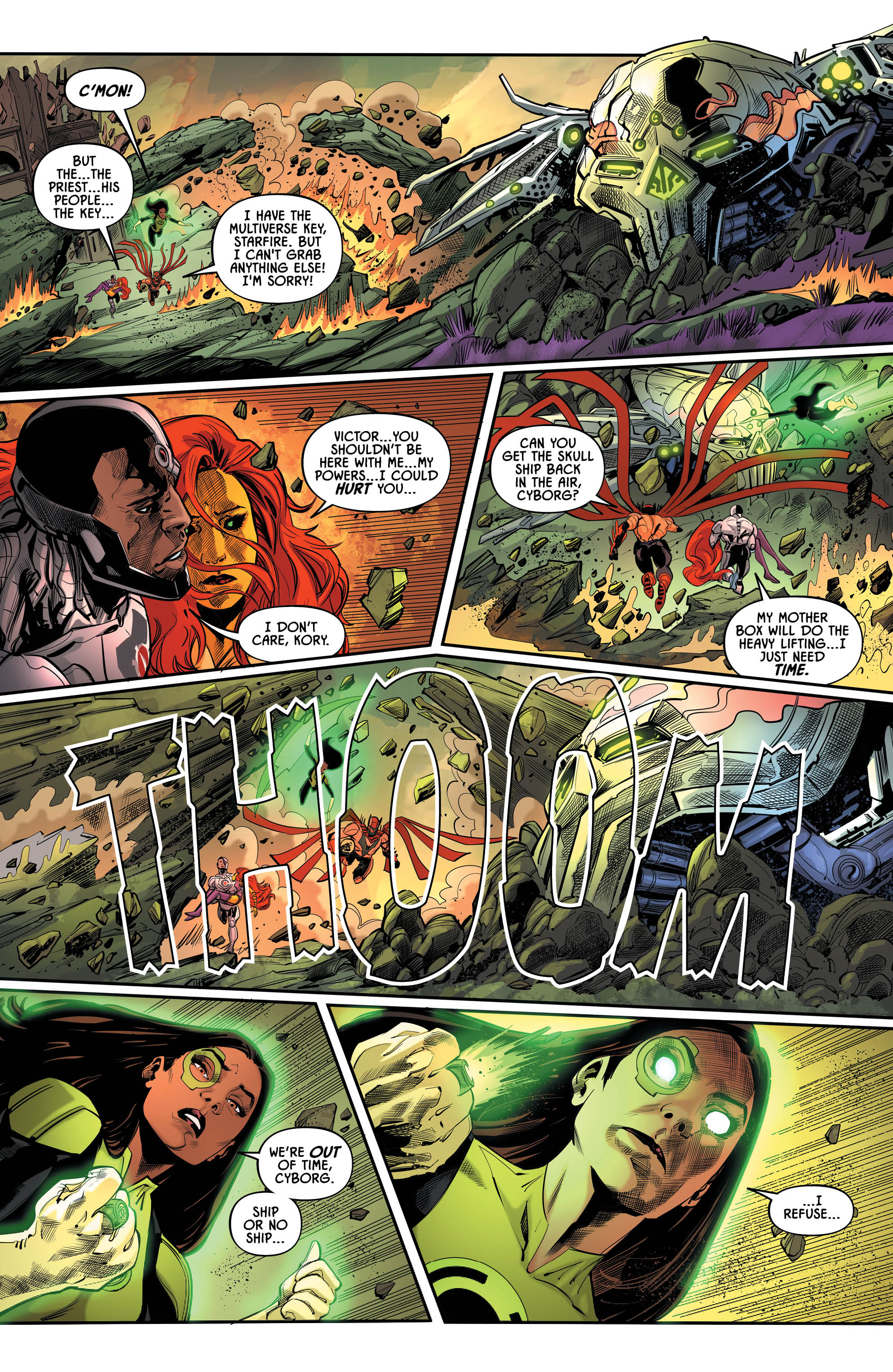 The Ghost Sector itself is a new setting in DC deep space. All the planets ejected from Colu during the events of Justice League: No Justice float aimlessly in that cluster. We get a real display of distinct alien cultures in this issue. Williamson shows us two worlds among these planets. Both are complete opposites in terms of look and situation. That contrast shows how wide affect of Coluan colonization was.

Though I miss the art of Stjepan Šejić, Philippe Briones and colorist Jeromy Cox have done great work this issue. The visuals work brilliantly with the script.

We have much to be excited for in upcoming issues. A new force is coming for the Justice League. With the idea of Cyborg, Starfire, and Azrael as elder gods, an entity like this makes total sense. The implications around a figure like this validates why Azrael is on this team. Combined with Darkseid’s meddling, this issue finally has me excited and scared for what is to come.