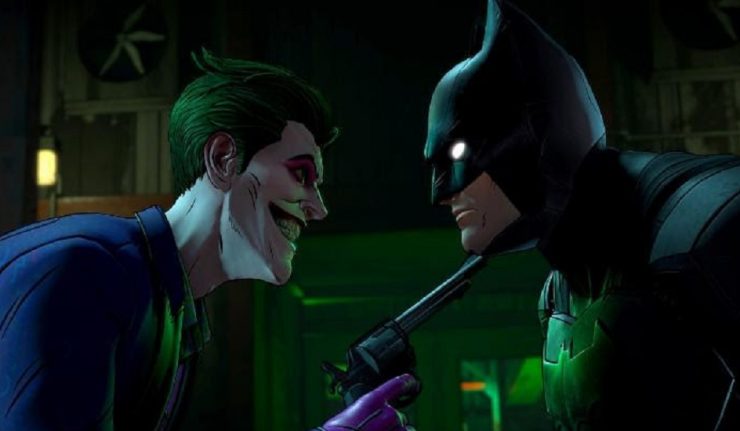 DKN counts down the Top Ten stories Of 2018

It’s a new year! We are excited to see what 2019 has in store, but first, let’s take a look back at the stories that made Dark Knight News your Batman-related news choice. Let’s start in reverse with…

Much like the live-action film Justice League, the animated series Justice League Action had mixed reviews from viewers and critics. Adam Poncheroensub reports about the toys based on the series that were available at Burger King.

Writers and artist are almost like professional athletes these days. Frank Miller of The Dark Knight Returns and Batman: Year One fame recently signed an exclusive contract with DC Comics. Chris Foti brought this story back in March 2018.

8. 5 Things I Want in A Third Telltale Batman Season

Chris Foti outlines his wish list for what he hopes will be in the next potential release of Telltale’s popular video game. That list includes Batman’s comrades of the Justice League and his partner in crimefighting – Robin, the Boy Wonder.

DKN website owner and contributor Damian Fascinani recounts the debut of Tim Drake in his new guise of the Savior. This future Drake is on a mission to stop Superboy Jonathan Kent from destroying his time.

6. The Room Actors Tommy Wiseau And Greg Sestero “Star” In The Dark Knight

Sharna Jahangir shows visitors of DKN what The Dark Knight would look like with Tommy Wiseau and Greg Sestero in the roles of the Joker and Batman respectively.

Our own Steve J Ray gives us a recap of Josh Brolin’s response to not winning the “Battle For the Cowl” in the DCEU. Brolin, of course, would play the mad titan Thanos in last summer’s Marvel’s Avengers: Infinity War.

It was hard to believe that almost five years ago we would bear witness to a Gotham television series. In a few short days, the premiere of the final season will air on Fox. While most of the actors have remained in their roles since the start of the series, some characters have been recast. Chris Foti covers the news of the role of Jonathan Crane being recast.

We here at Dark Knight News are always amazed by the ingenuity of Batman fans, and the fan-made Batman: Hush trailer is no exception. The quality of the film almost fooled our own Adam Ray.

Batman Ninja gave fans a different look at the Dark Knight. The film portrayed Batman, his associates, and his rogue’s gallery, through the lens of renowned anime masters.  Adam Poncheroensub alerts fans to the arrival of Batman Ninja on the digital streaming service Netflix.

Thank you to all of the writers who contributed to stories, and to all of the visitors who took time out to read our posts. We hope you continue to visit Dark Knight News in 2019 and the years to come!