Know a child who loves fast food, toys, and superheroes? Really, what kid doesn’t? Well, for the month of April, Burger King is offering Justice League Action toys in their King Jr Meals. (What happened to the Kids Meals?)

There are 6 toys in all. There are figures of Batman, Superman, Wonder Woman, and the Joker. They even have wearables in a Superman necklace and a Harley Quinn headband for those children who aren’t into action figures. 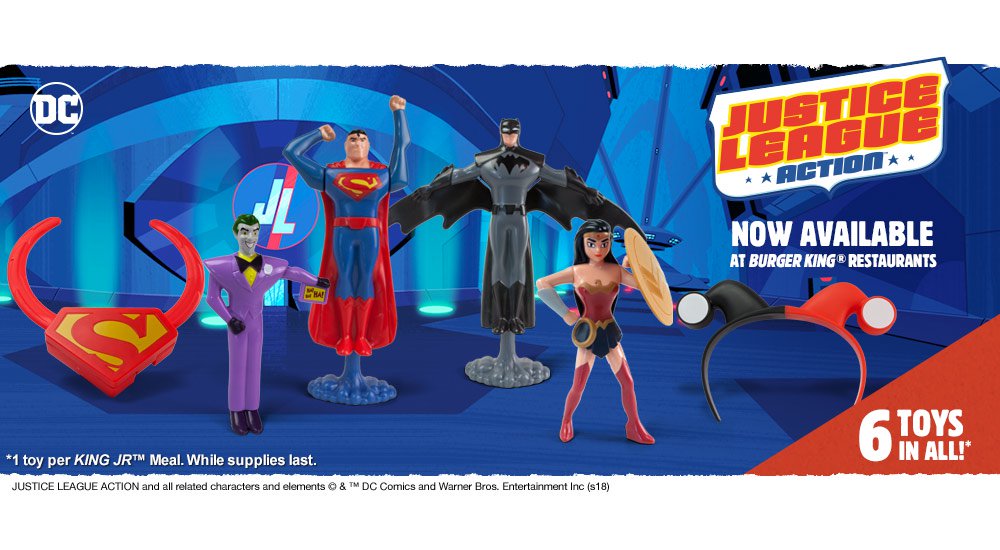 So next time you’re out with a kid who like superheroes, grab some food and get them a toy. Technically, a child isn’t a prerequisite, you can just go and get one yourself if you really want one. I know I really want that Batman.

Which one is your favorite?