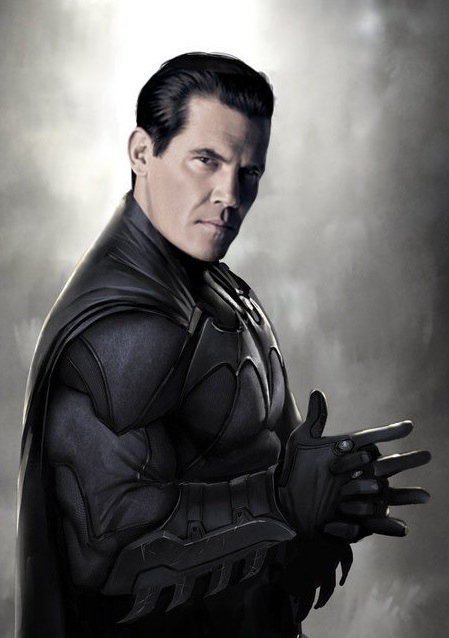 Josh Brolin is no stranger to comic-book movies. He starred in the flawed, but fun, Jonah Hex, and Frank Miller’s Sin City: A Dame To Kill For. He will shortly be appearing in two Marvel Comics films; Deadpool 2 and Avengers: Infinity War.

What some fans may not be aware of is that he was once in the running to play Batman, in Zack Snyder’s crowd dividing Batman v Superman: Dawn Of Justice.

In a recent interview with Empire Magazine, and online post by CBM Josh shed some light on his reasons for not becoming the Dark Knight.

After the box-office failure of Jonah Hex Brolin was reluctant to take part in comic-book related projects for many years. This DC Comics movie was originally to be helmed by Oldboy director Chan-wook Park. That fell through, along with Brolin’s vision of what the film should be.

Josh Puts A Hex On Batman

That was my fault. I had really good intentions. (Chan) was right on the verge of saying yes. I think the movie would have turned out closer to my intention, which was High Plains Drifter.

In regards to Ben Affleck being cast by Zack Snyder as Batman in his stead, Josh had this to say:

We indirectly talked about it, but we never got to the point because I wasn’t the guy for him. I’m really glad it didn’t happen. I haven’t thought twice about it.

Brolin is a celebrated actor and starred in movies like The Goonies from a young age. His father, James Brolin, is a Golden Globe and Emmy award winner. There is no doubt that Josh bears an uncanny resemblance to the comic-book Bruce Wayne, so maybe things may have played out differently if he had landed the part.

Perhaps, in one of many infinite parallel dimensions there exists a version of Batman v Superman starring Josh Brolin and Brandon Routh How interesting would that be?