Scott Snyder has been writing Batman since 2011. This run has been consistent in both the speed he’s been writing it, and the quality of the stuff put out. I don’t know of any other writers in all of comics to have stayed so persistent. Without even a little burnout, the man himself said at NYCC:

I will never get tired of writing Batman.

Claiming he will leave only to avoid overstaying his welcome is the kind of dedication creators need these days. In the current continuity, with the boundaries between time and space at their weakest. Snyder has had the creative freedoms to come up with some deeply disturbing and utterly unique takes on Batman overall. Dark Nights: Metal was the place, and The Batman Who Laughs was the character.

Snyder discussed his latest project at NYCC this year. Titled simply The Batman Who Laughs, it follows a mystery involving other Bruce Waynes and other Bats from other worlds.

The story starts with Bruce tracking down (a) smuggling ring, and they’re smuggling things in these heavy load trucks… he opens up the compartment and he sees a dead Bruce Wayne. This Bruce Wayne is ten years older than him, has lived a different life. He realizes very quickly it’s the Batman Who Laughs.

The concept of this character was my favorite thing from the whole Metal series. The idea of a nightmarish meld of Batman and The Joker was not something I had seen done properly. The Summer Special where the Joker cosplays does not count. This character, and his undead Robins were an outlet of horror that I didn’t know I wanted. Snyder himself says:

It’s the Batman Who Laughs as the nightmare that both [Batman and The Joker] are sort of unprepared for.

There’s talks of a new, otherworldly Batman coming for us in this mini series. The Grim Knight is a vision of Batman without morals, toting guns and weapons more dire on his crusade. 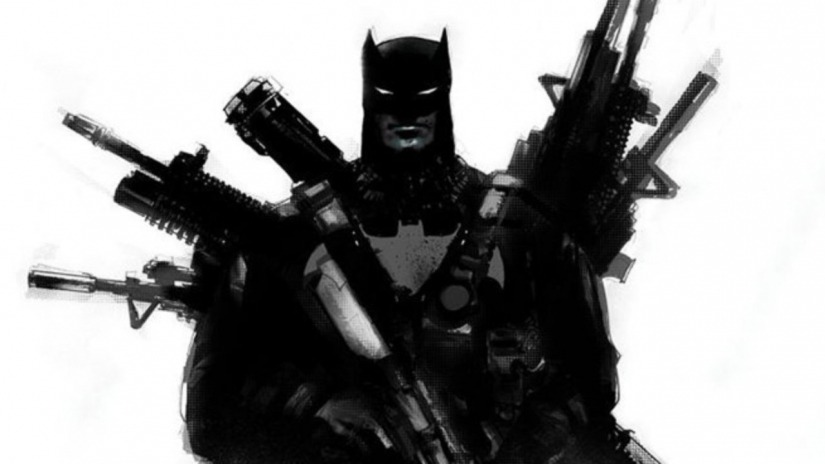 The Batman Who Laughs issue 1 is set to release some time in November and you can expect a full review right here on Dark Knight News.