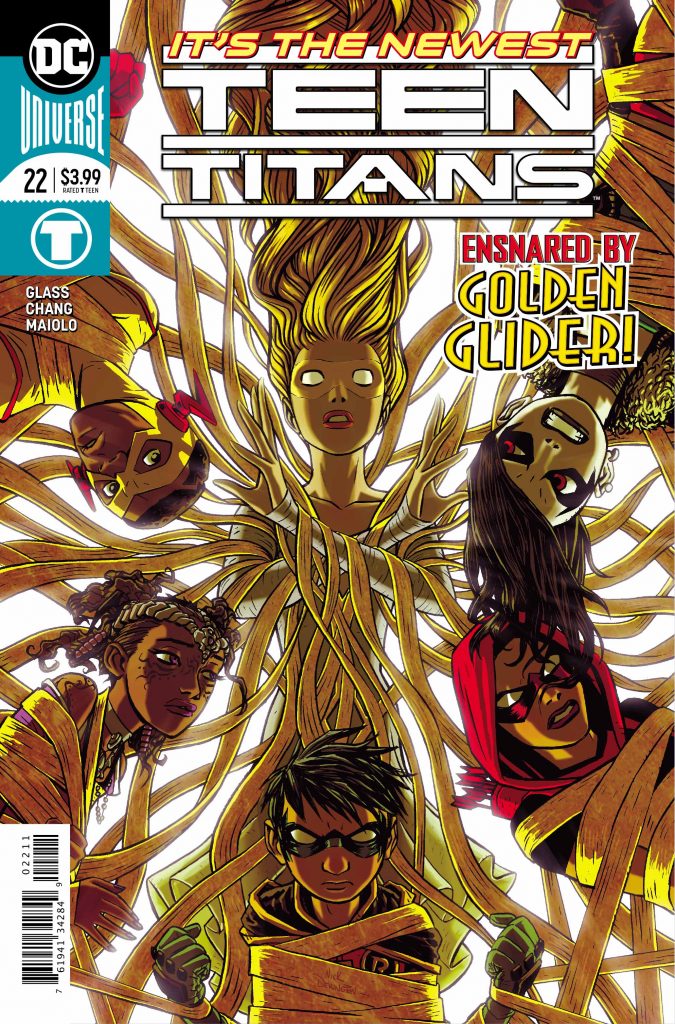 When a teammate is feared dead, the Teen Titans train hard to prevent another loss.

The tension created by the untimely demise of Roundhouse has the Teen Titans on edge. As narrator, Kid Flash was shown to process his thoughts and emotions transparently to the reader. Understandably, Kid Flash expressed the guilt and shame of having “Blood on his hands” and took the loss of his friend and teammate personally. The more disciplined and technically trained heroes, Robin and Red Arrow took the loss particularly hard, as well. Unfortunately for their teammates, this meant the additional pain of intense and rigorous training.

Undisciplined, the team attempted to regroup and learn to fight together. Red Arrow taking the lead in training using her prowess to easily overcome her super-powered teammates. The team continued to struggle. Consequently, when faced with Golden Glider and Swerve the team failed yet again, and yet, still managed to save the day and capture one of their foes.

Kid Flash still struggled with his impulsive behavior. As a result, he put himself and his teammates in harm’s way. While Kid Flash endured personal and professional hardships, the final panels of Teen Titans #22 left him and readers on a high note.

Meanwhile, Robin’s character developed in some interesting ways. Here, Glass depicts a budding romance between DJinn and Robin. Perhaps unintentionally, Robin’s use of her master’s ring in Teen Titans #21 connected them in a new and deeper way. Still, Robin continued his journey down a dark path.

It’s not that surprising his tactics feel ruthless, it’s the sadistic nature of his attacks that turn readers on edge. Robin will seemingly stop at nothing to learn the identity of The Other. When a hero causes a hardened criminal like Black Mask to fear for his life…Robin has turned a corner. Later, readers learned of a new “dynamic duo” at play behind the veneer of Robin’s aggression. Here, Glass treated readers to an unexpected, jaw-dropping reveal. 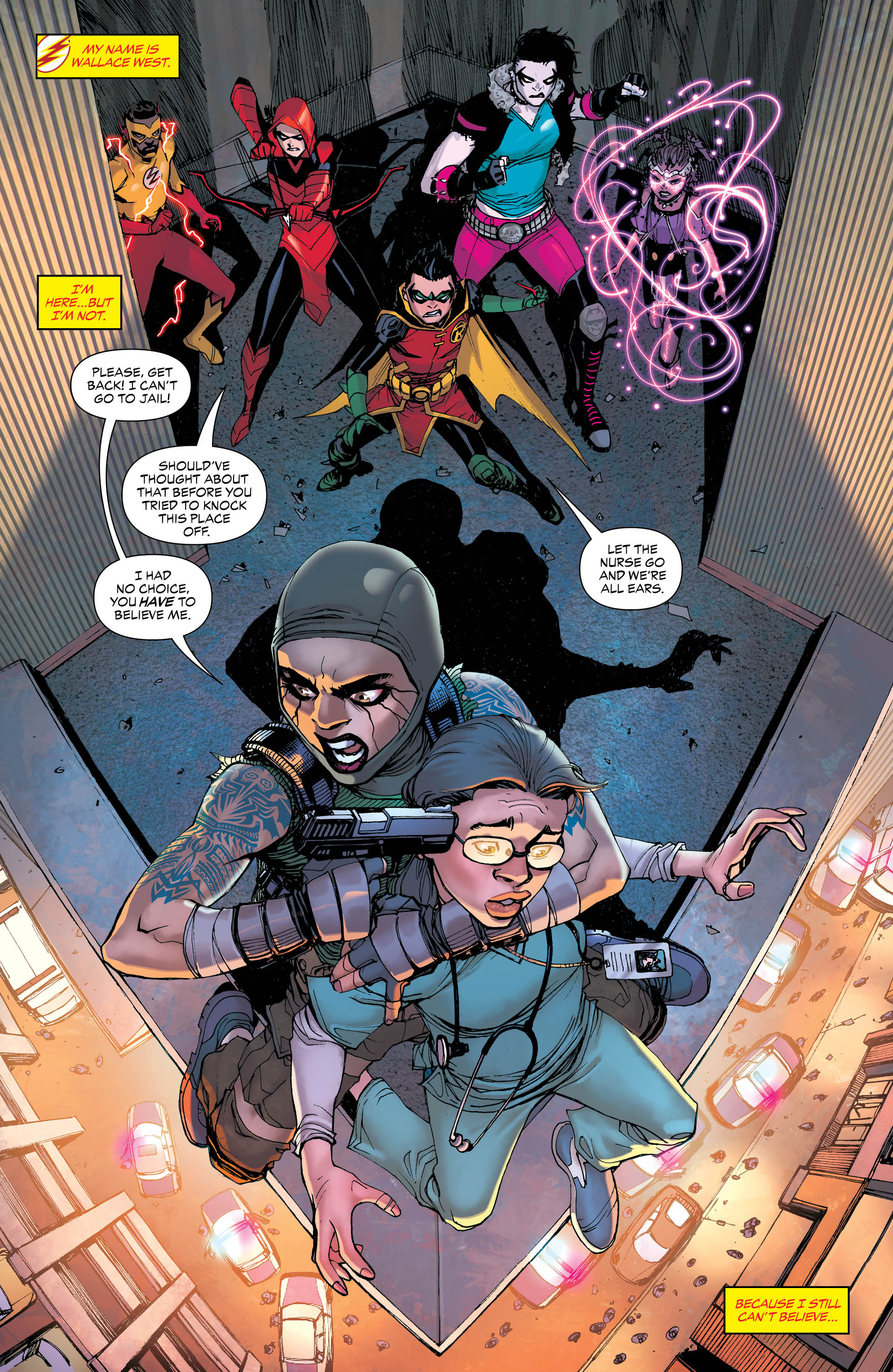 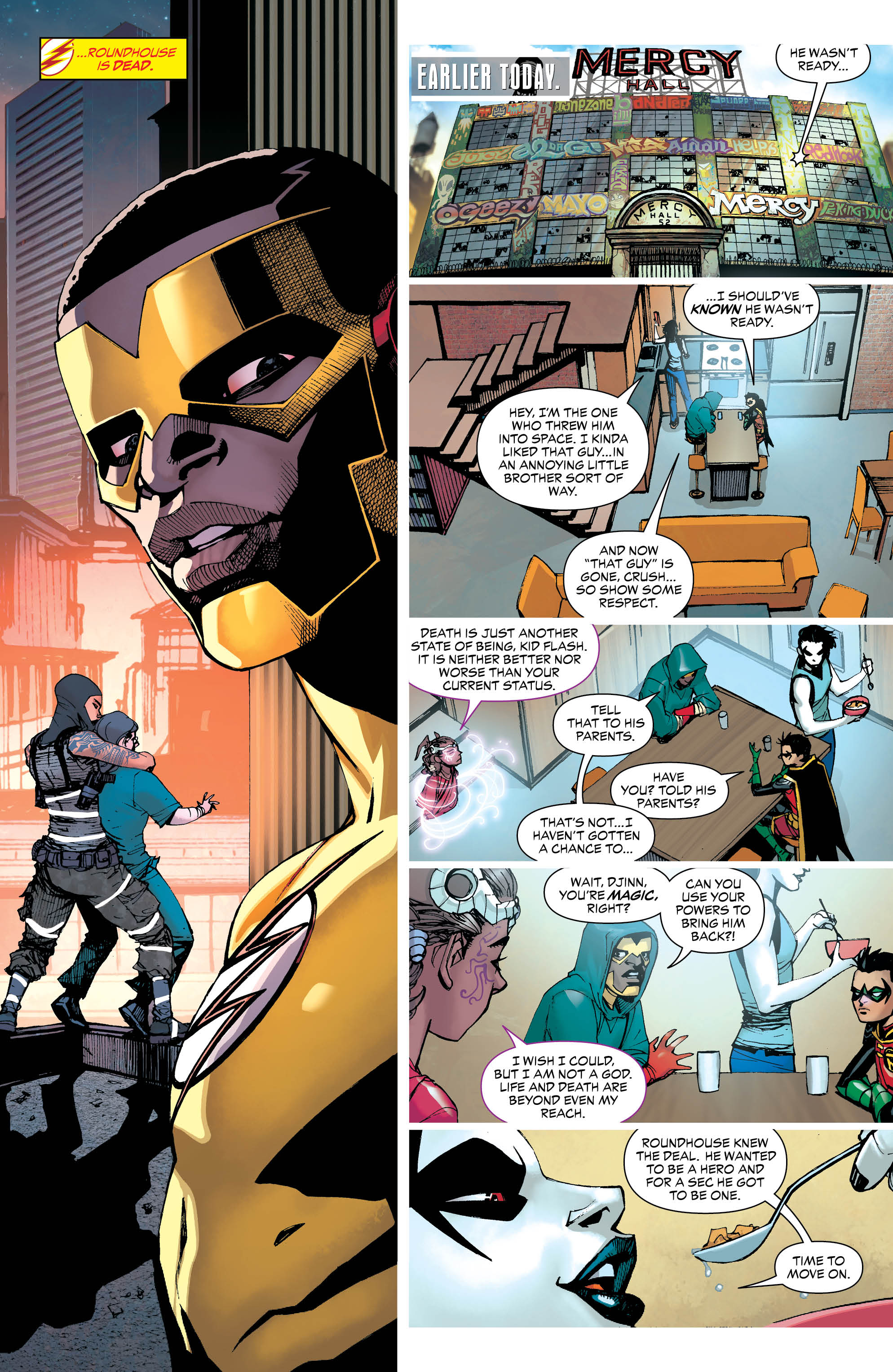 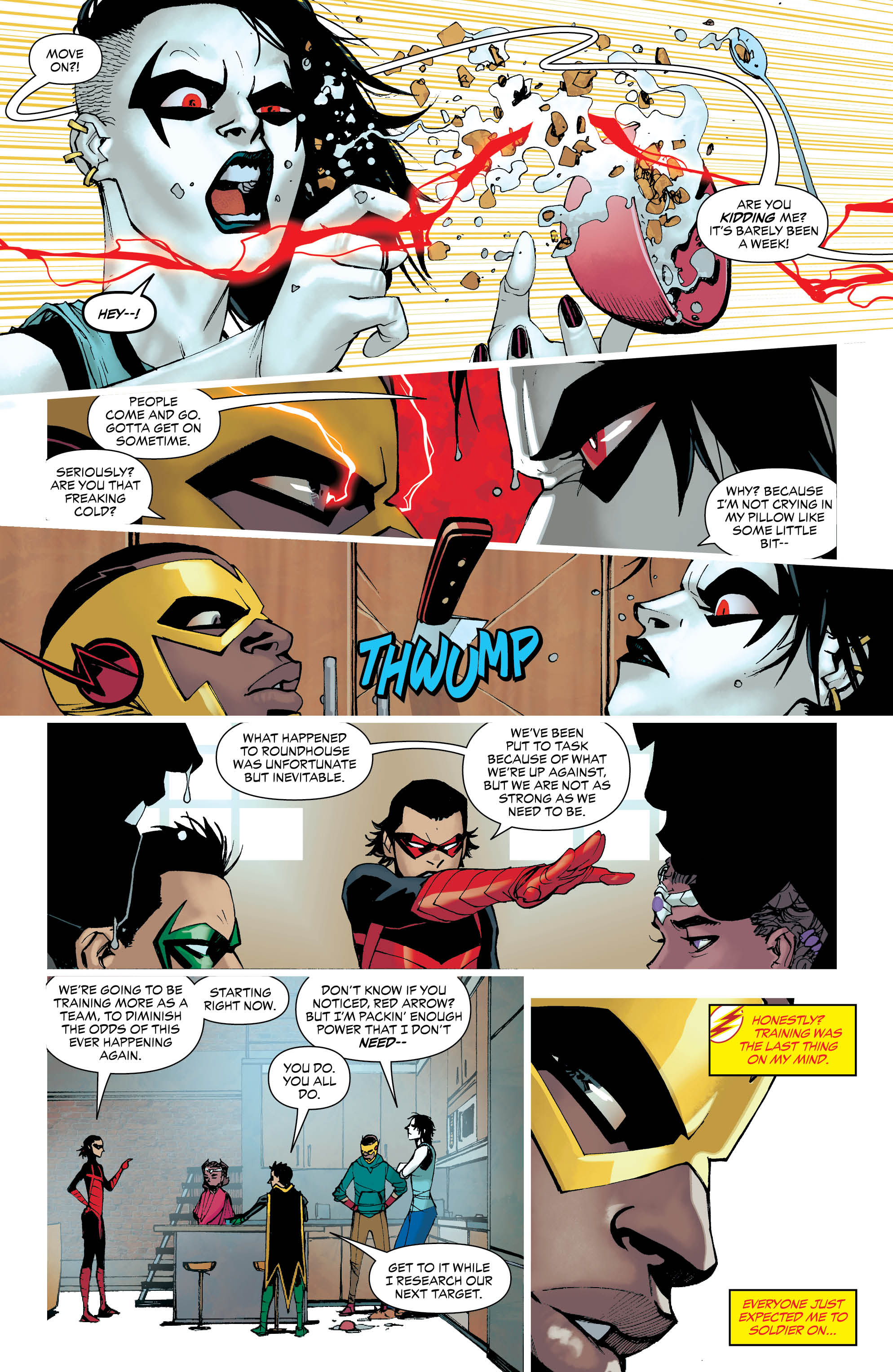 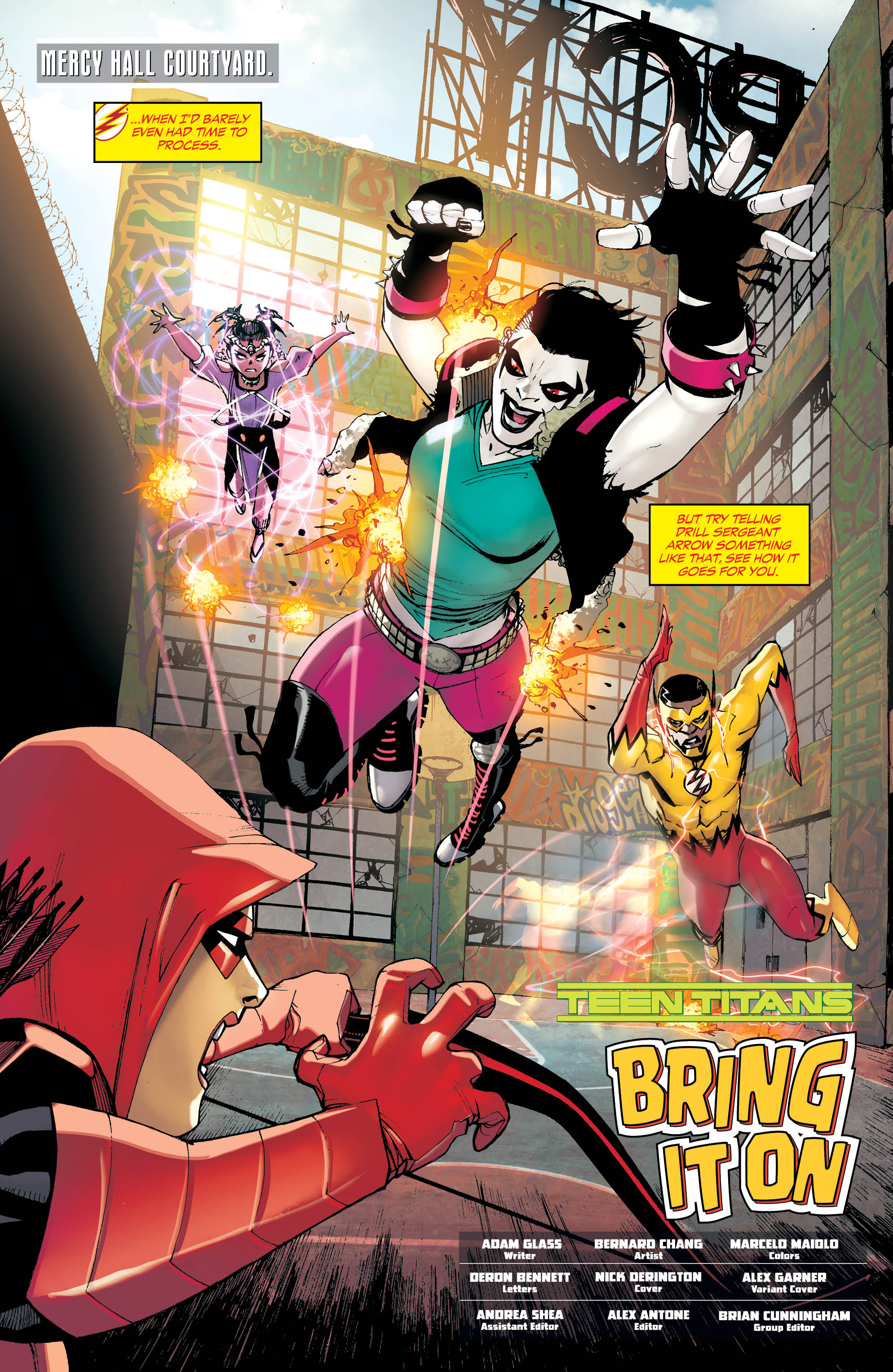 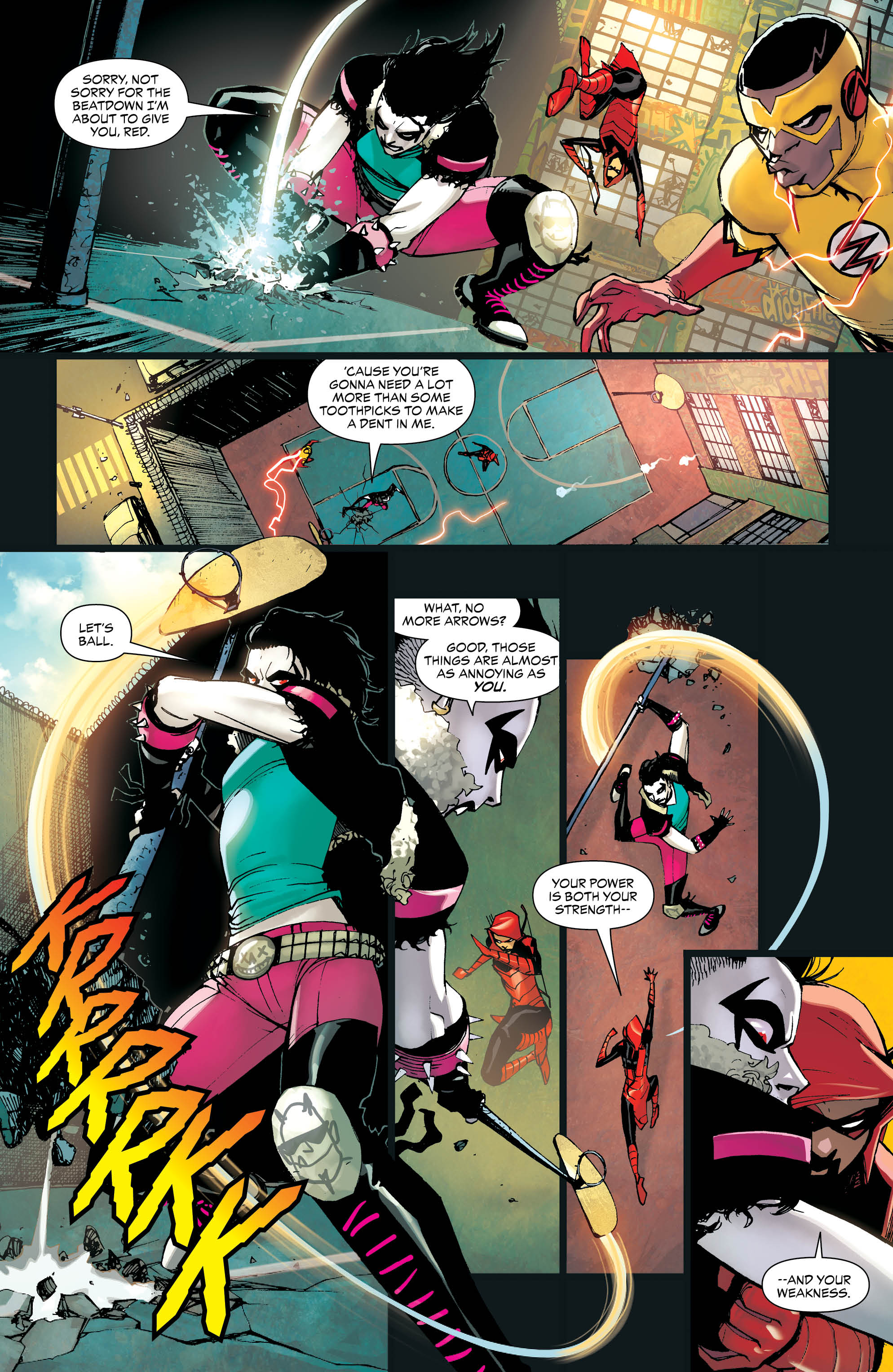 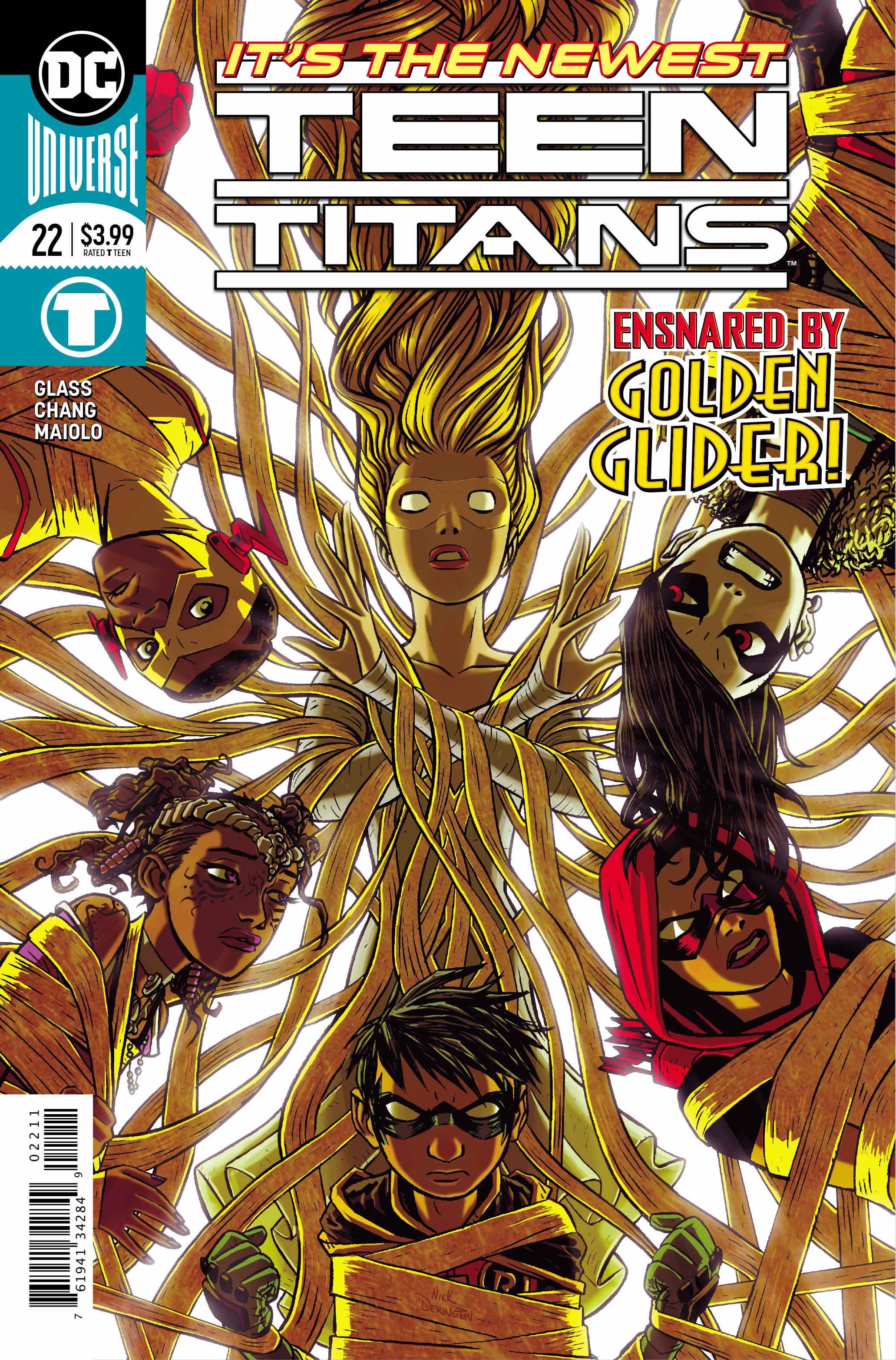 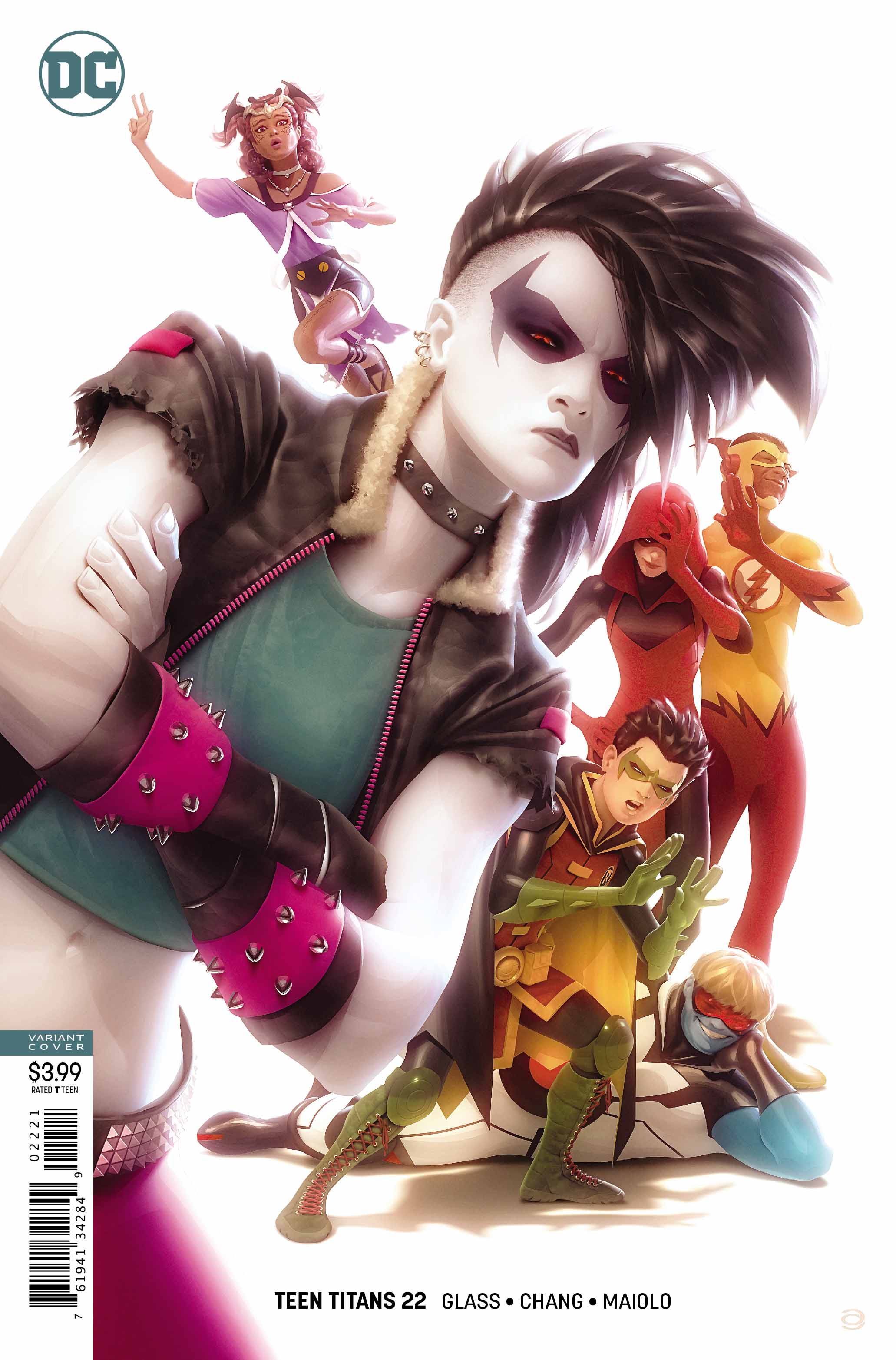 Artistically, Teen Titans #22 was hit and miss. I liked the creative use of oddly shaped panels to depict chaotic movement. The well-paced issue matched the visuals brilliantly with the narrative. Still, several pages of the issue felt like either more time was invested in their rendering or like they were drawn by a different artist altogether. In particular, the pages featuring Golden Glider and Swerve looked…different. It’s unfortunate because I enjoyed those pages the most artistically. Still, the art was solid. Detailed coloring and drawing of character’s eyes during close-up panels throughout the issue were especially pleasing.

Teen Titans #22 was enjoyable. Surprisingly, Adam Glass treated readers to not one, but two shocking reveals. The author brought the narrative forward in compelling ways while adding depth and intrigue to several relationships within the team. While the rest of the team interests me, I am most excited to see where this new/old relationship takes Robin next.