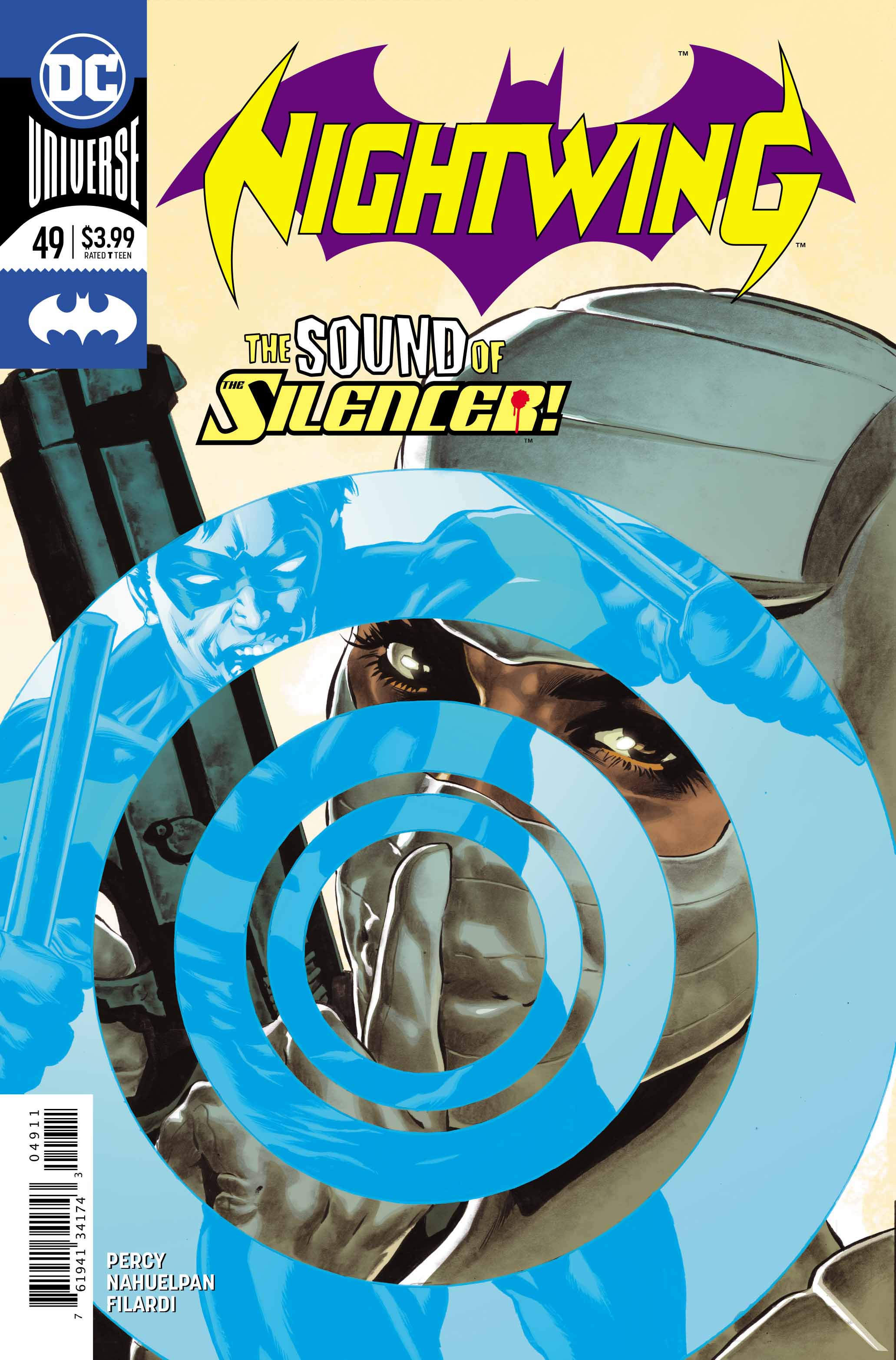 Nightwing is in the race of his life, not only for his life, but for his friend’s lives too! On the isle of Harm, in the middle of a motorcycle death race. That’s where we find our hero in this week’s issue.

After a thrilling issue last time out, we are thrust back into the action as Nightwing continues to try and save his friends. Held captive by the Dark Web, Nightwing’s friends depend on him winning the race. It’d be easy too, were it not for the fact that everyone wants to kill him. Well, almost everyone. 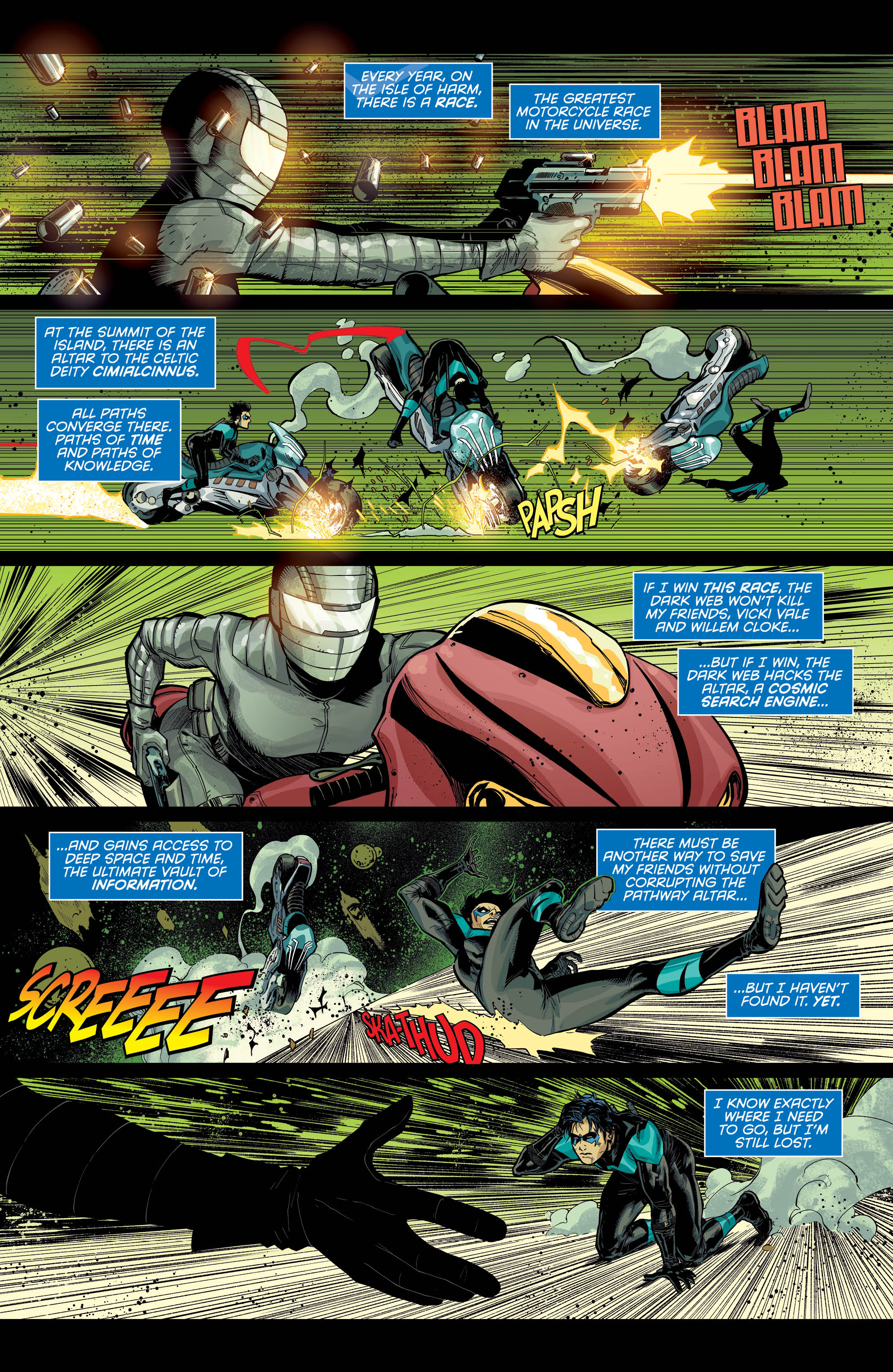 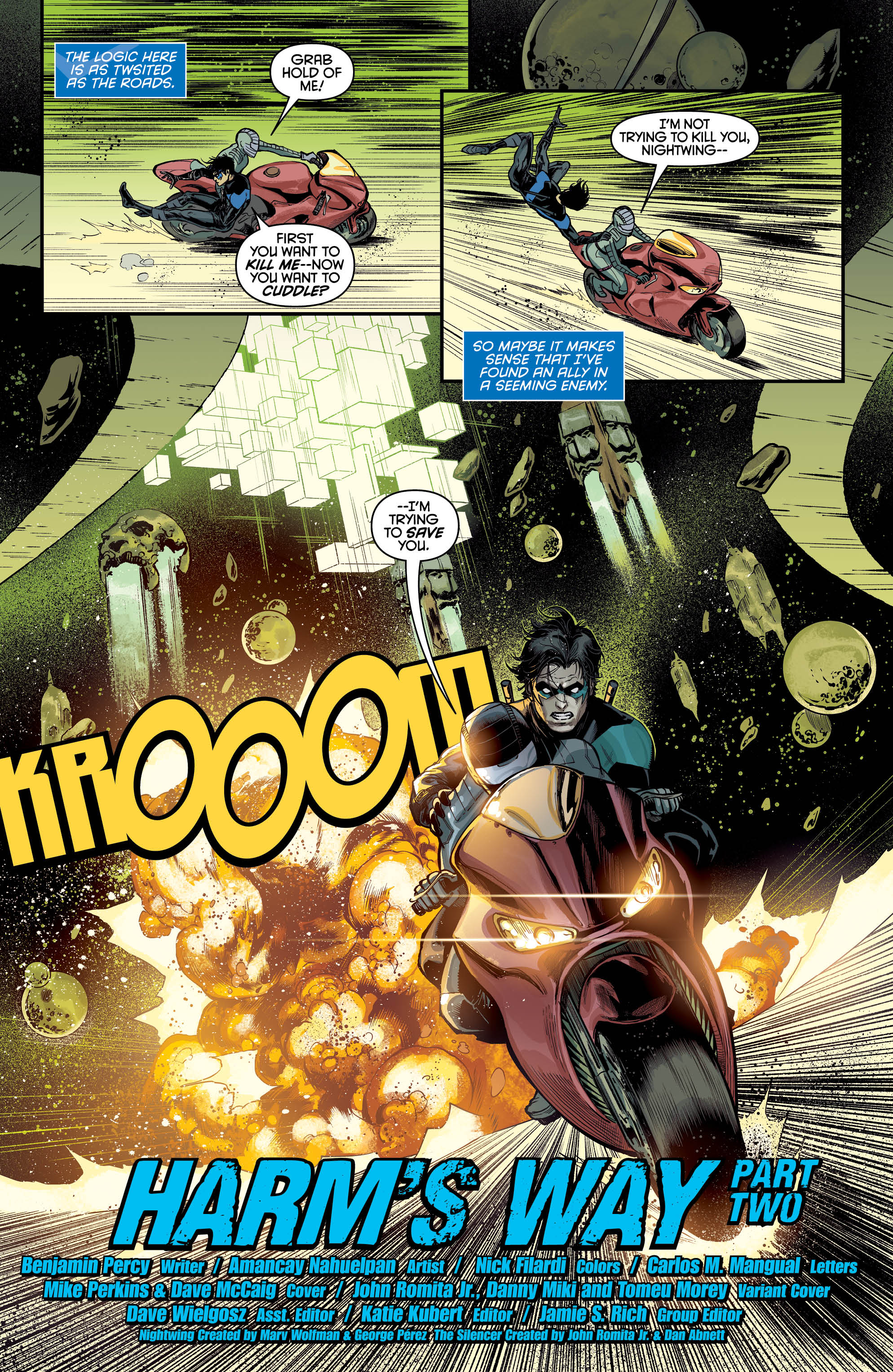 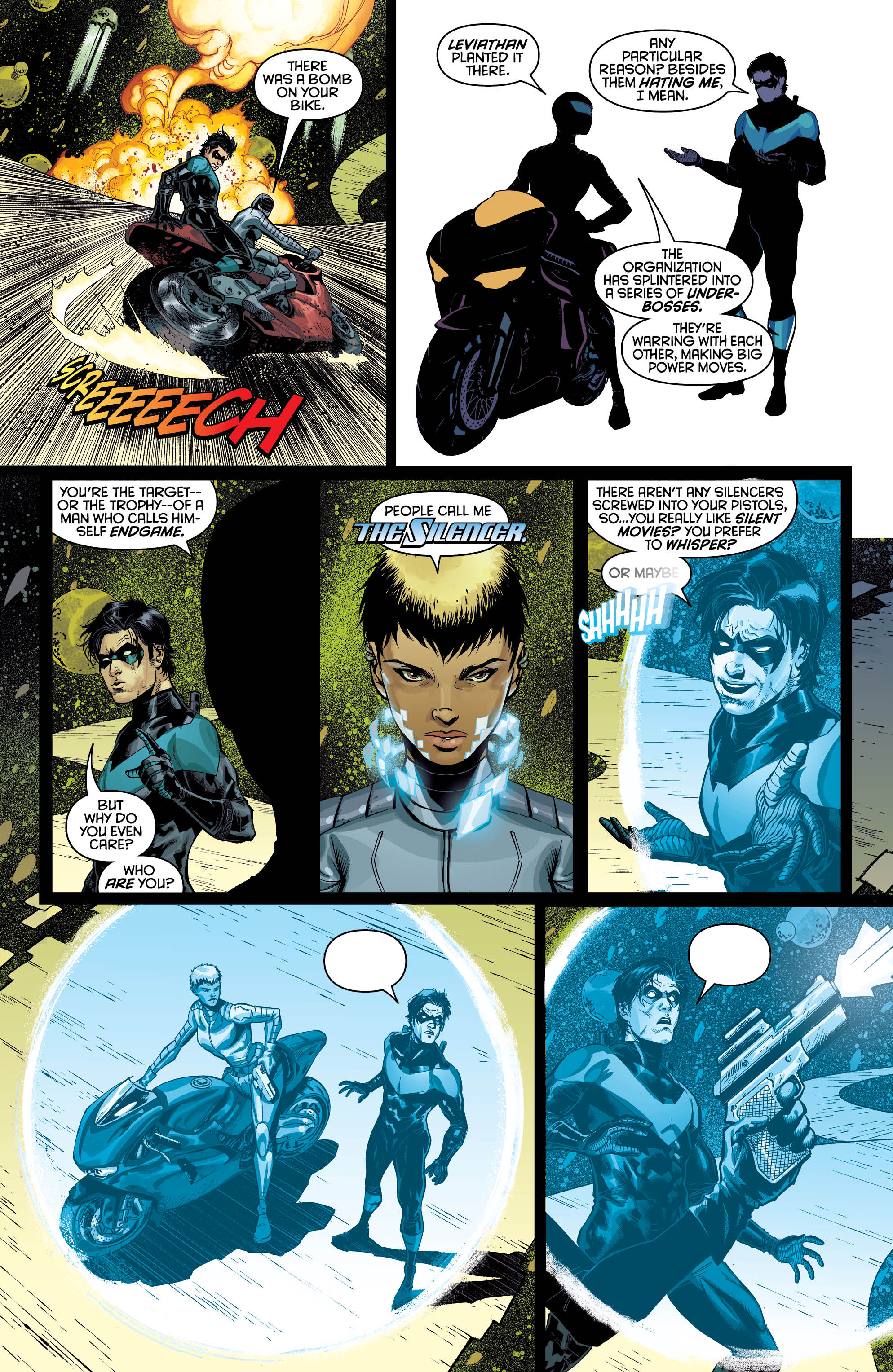 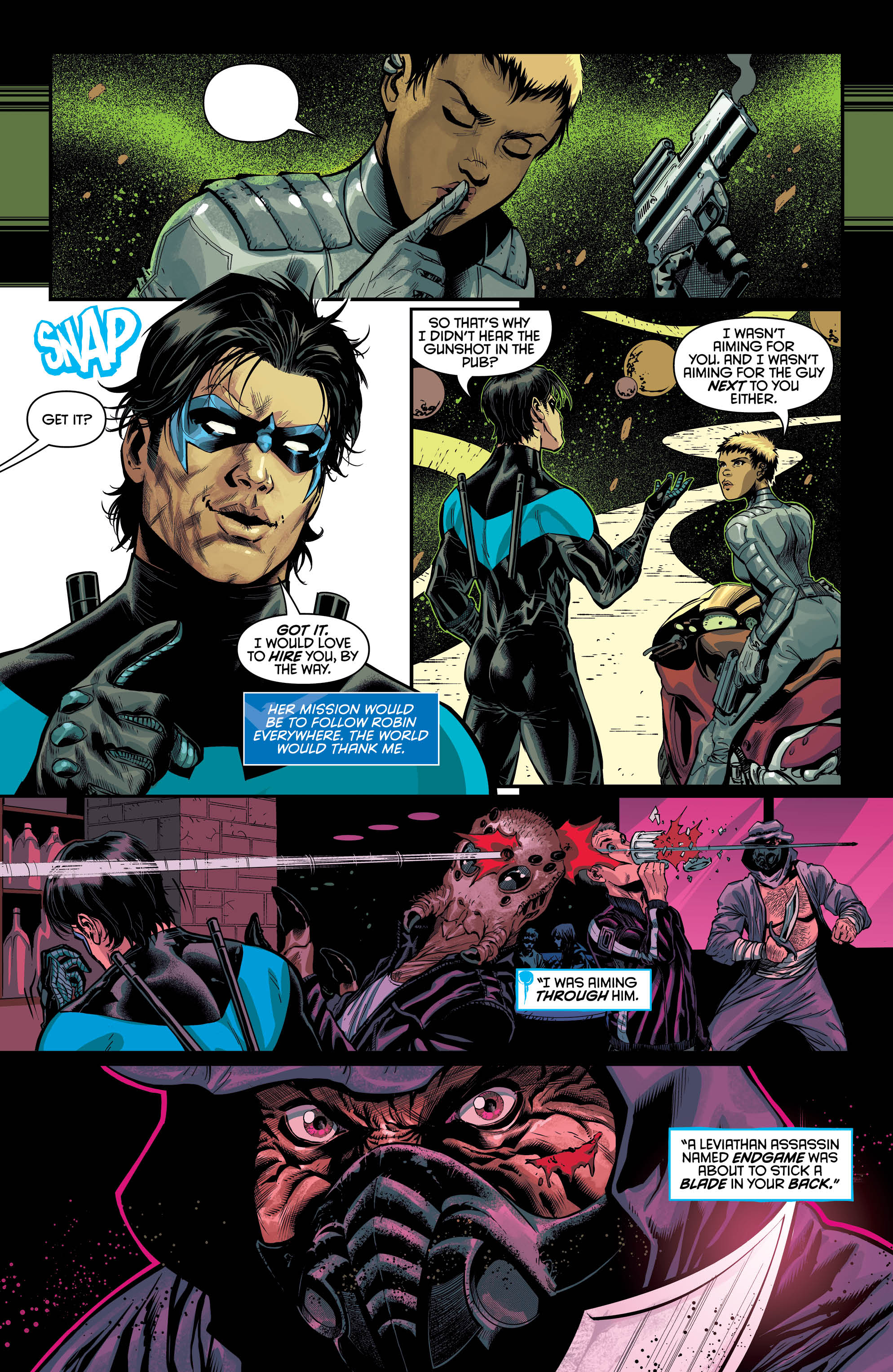 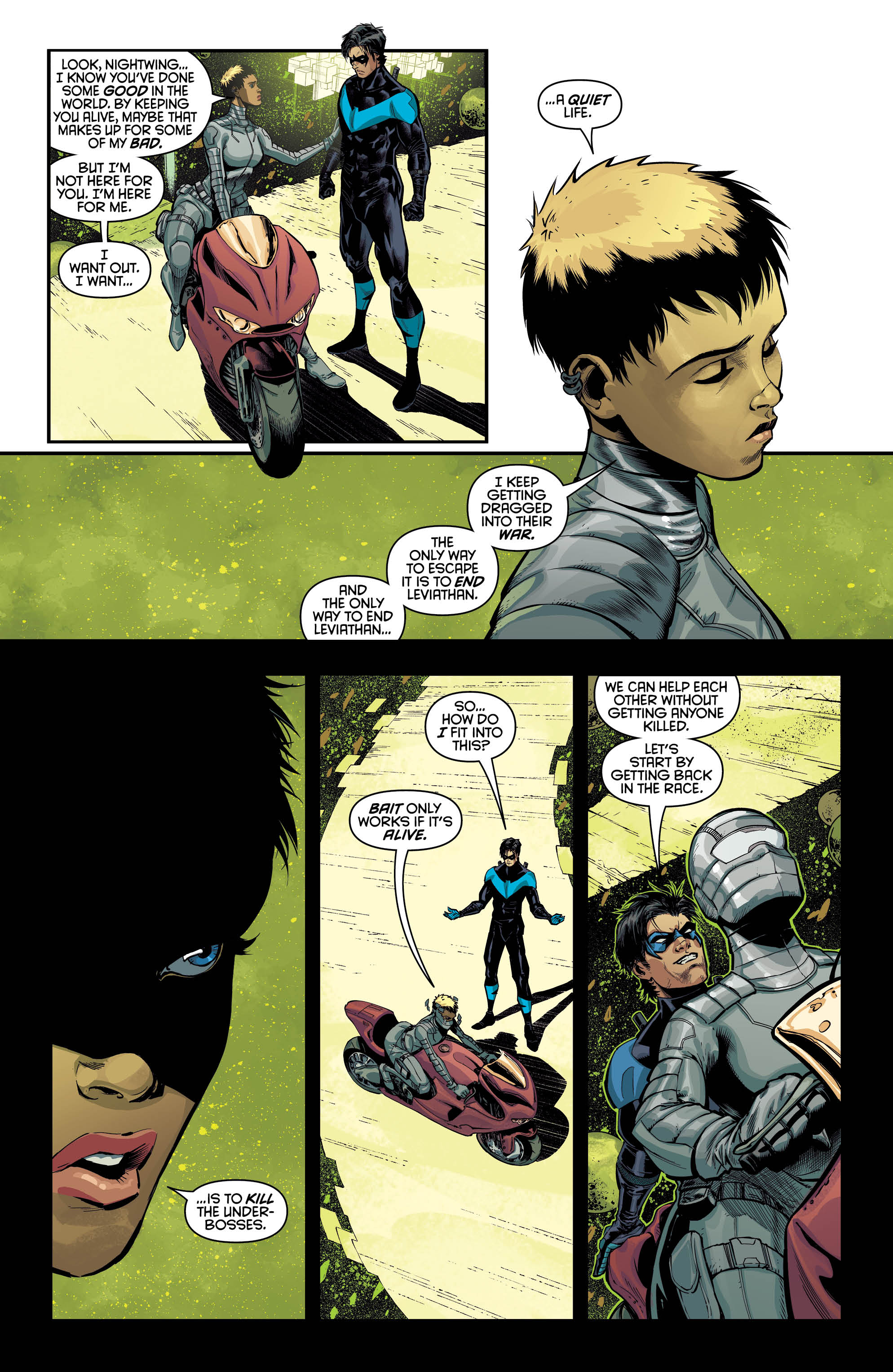 It’s been well known that Dick Grayson is pretty much the centre of the DC Universe. He has ties to pretty much everyone, heroes and villains alike. He’s been on most of the major teams at any given point throughout his illustrious career. And from how things look, it seems like he has a bigger tie into the universe than previously thought. This issue ends with one of the characters letting Dick know that he’s more important than he realises.

I happened to love The Silencer, I think her character is really cool. Her power set would definitely make for an interesting character within DC Comics. I can’t tell if it’s actually her own ability, or if it’s some sort of future technology. Either way it’s pretty awesome! I hope we see more of her in the future. Maybe as a member of one of the many teams of heroes.

Benjamin Percy continues an incredible run on Nightwing that just gets better with every issue. His writing has gone from strength to strength, and so has the comic.

Amancay Nahuelpan does a great job this issue with the artwork too. Able to capture the craziness of the race, as well as the emotion behind Nightwing’s actions. I particularly love the look of The Silencer, I think she has such a cool look. As do most of the secondary characters in this comic.