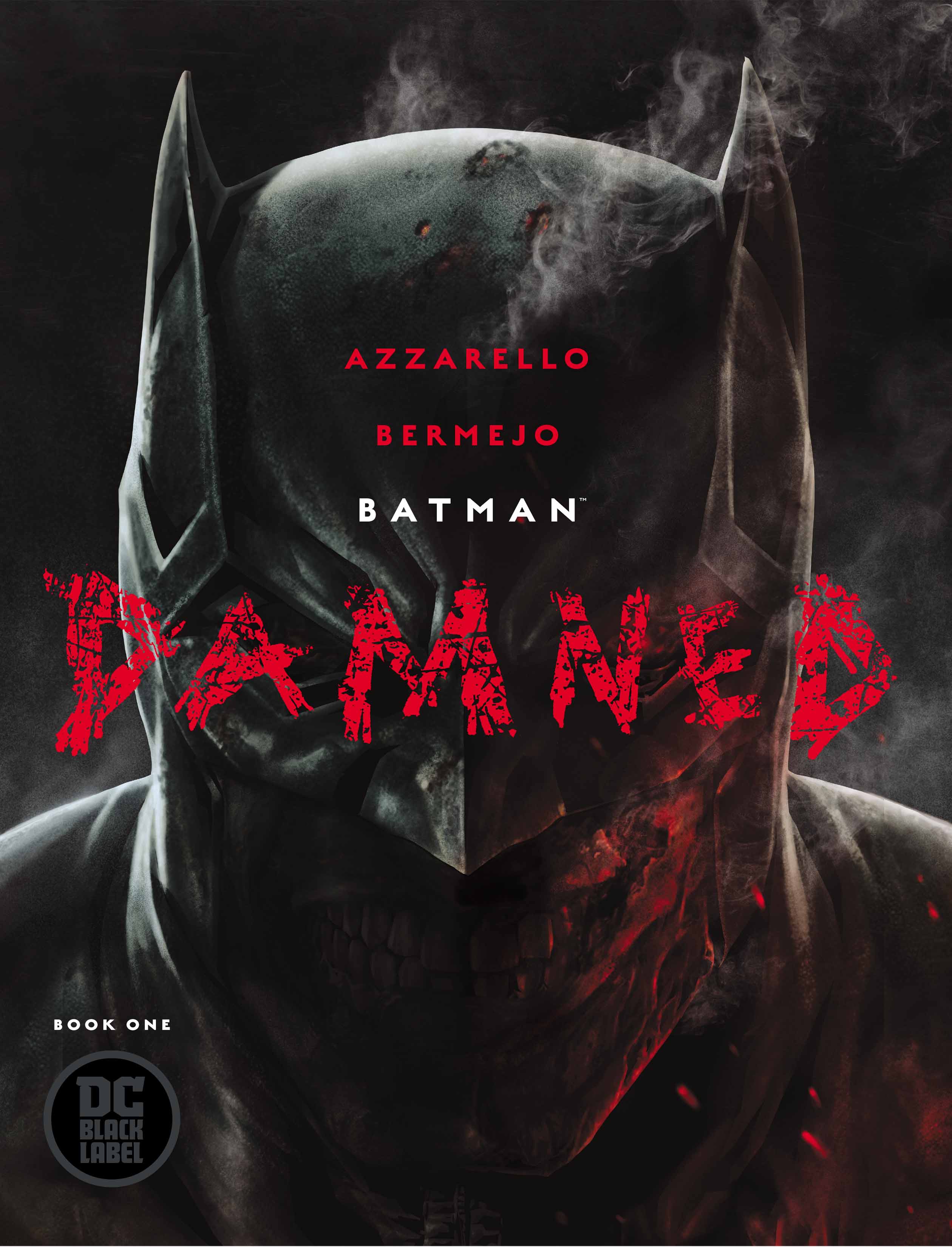 Single issues come and go from the shelf of the comic book store, to the nightstand, to the sealed bag in a long box. They add to the ongoing myth of the character. They’re another block that holds the character up to the world and keeps their mythology strong through time. Every now and then, a truly remarkable piece falls from the shelf and grabs my attention. The Killing Joke revolutionized a singular, important villain. The Long Halloween brought the origins of one antagonist from obscurity into Greek tragedy. Court of Owls injected the world and situation we all know well with a deep sense of paranoia and wonder. All Bat-fans know and love these stories, as they should. They hold our character up like a single issue would, whilst going beyond themselves and being something great.

Batman Damned, within the first eight pages, has joined that pantheon of legendary stories. 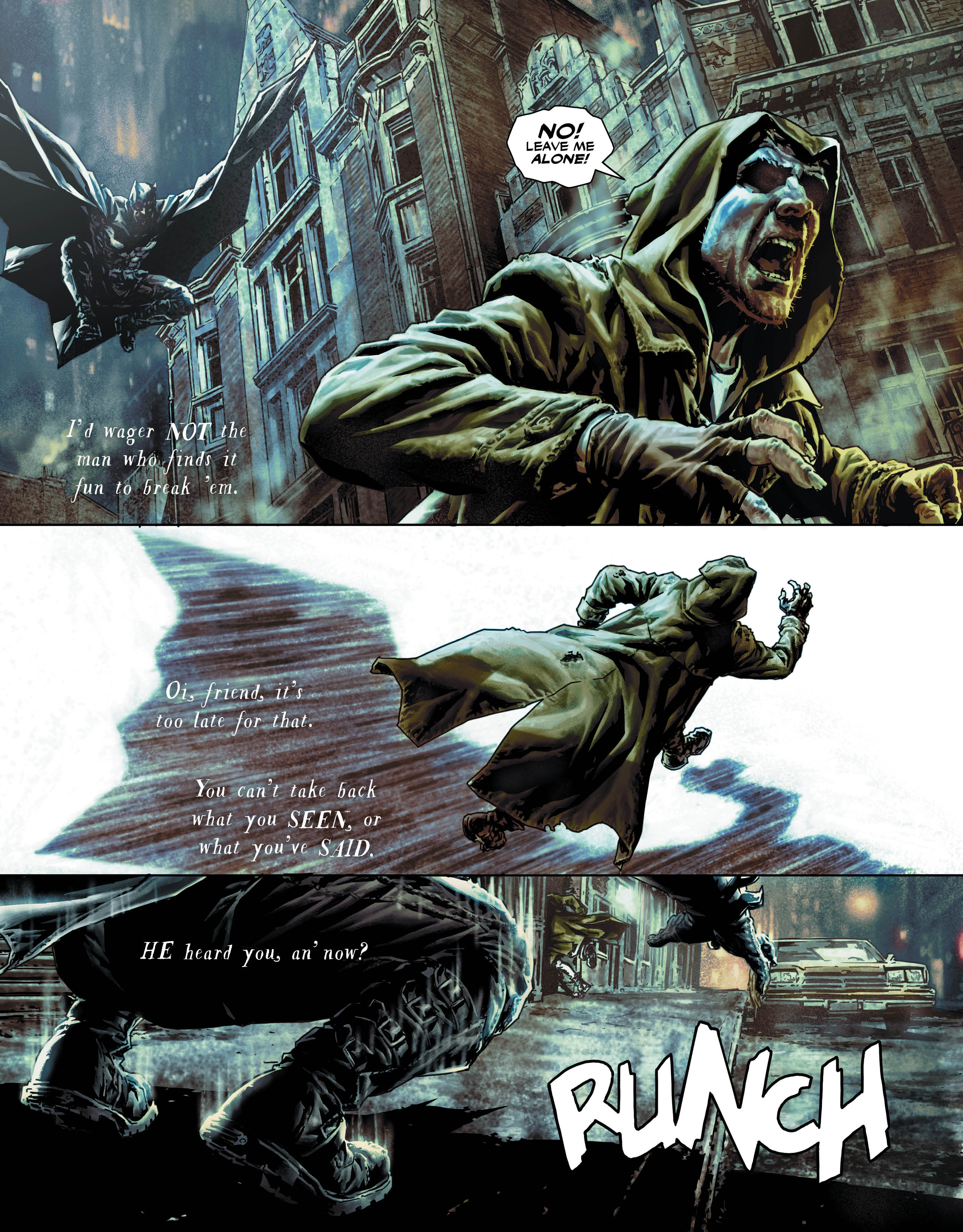 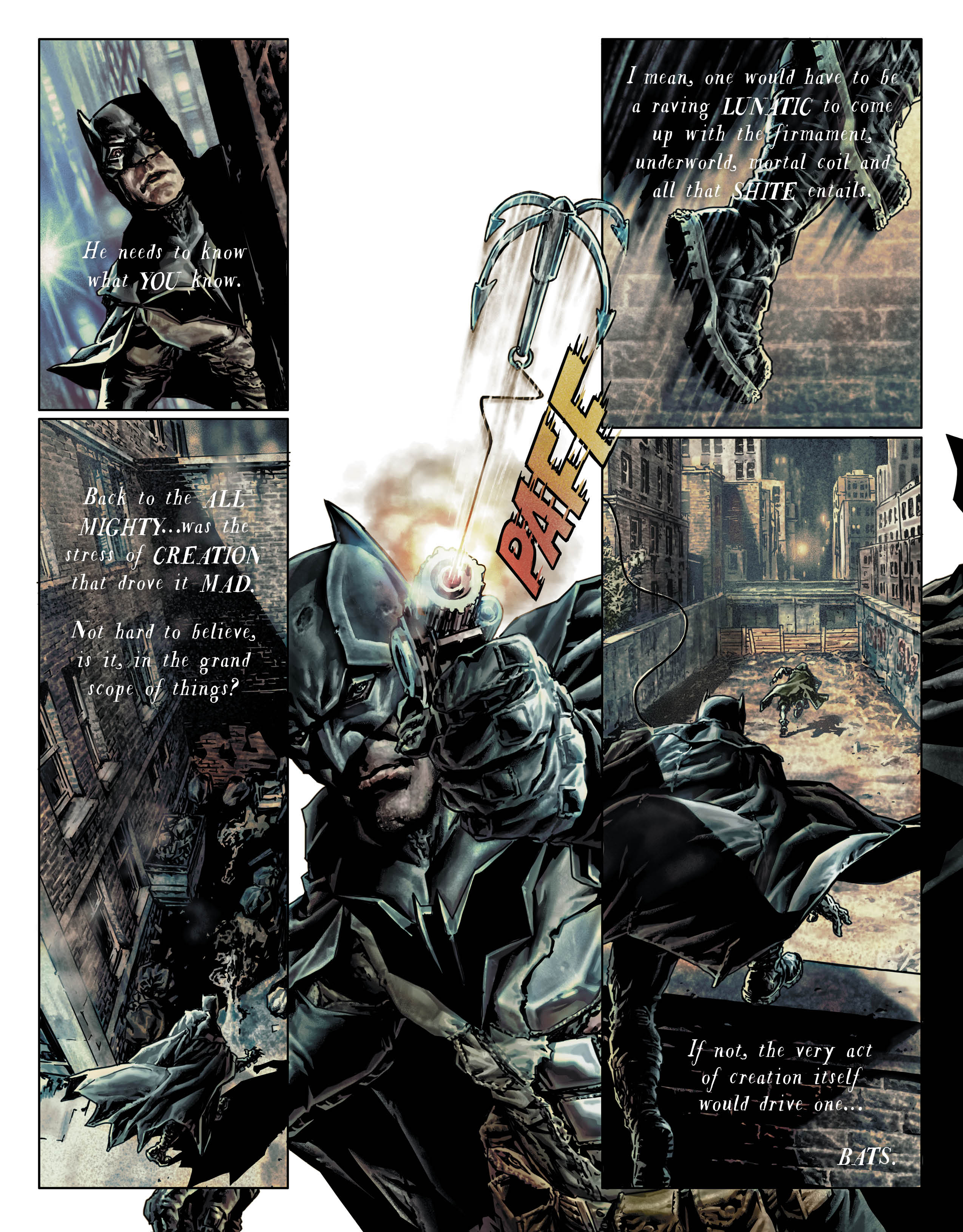 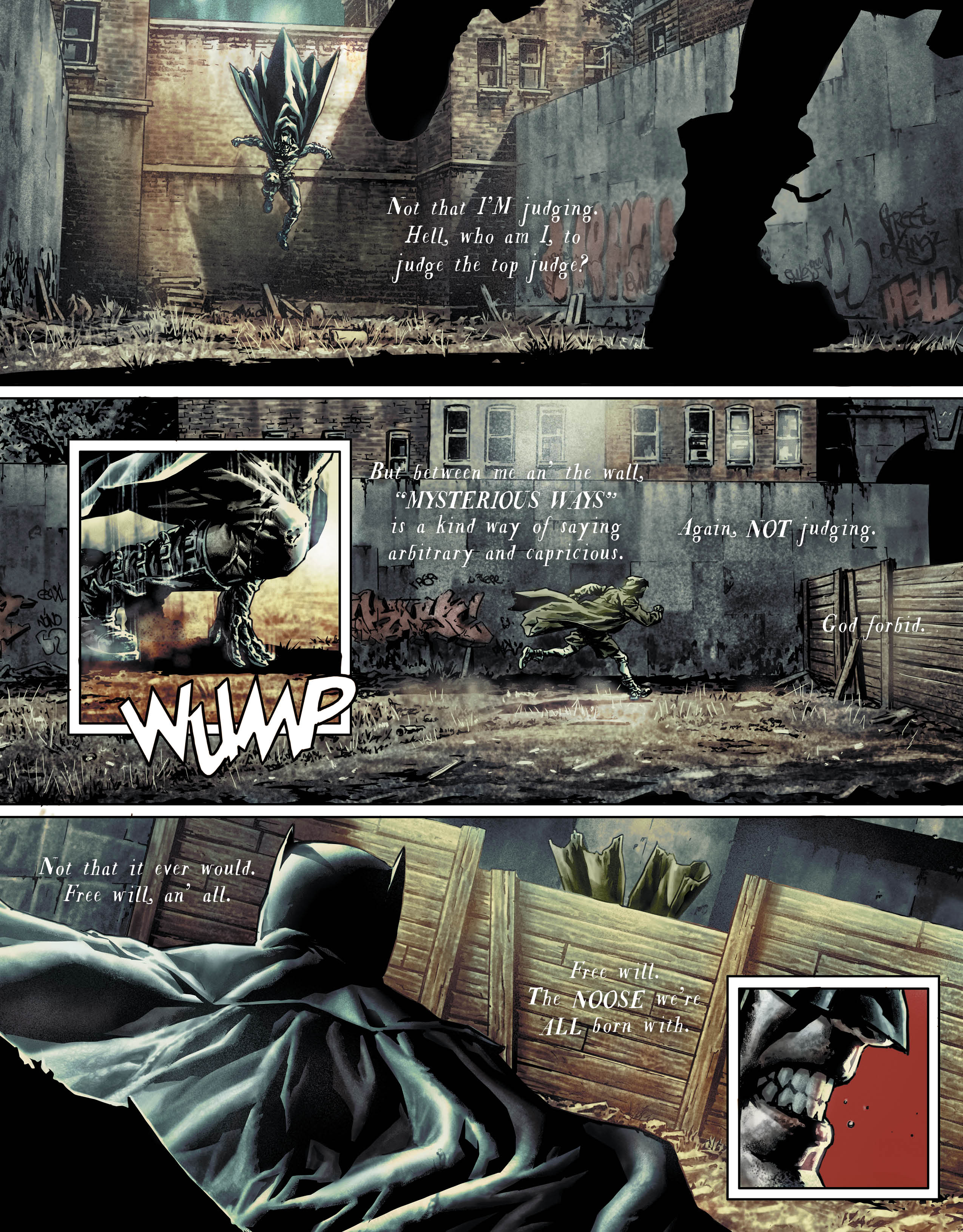 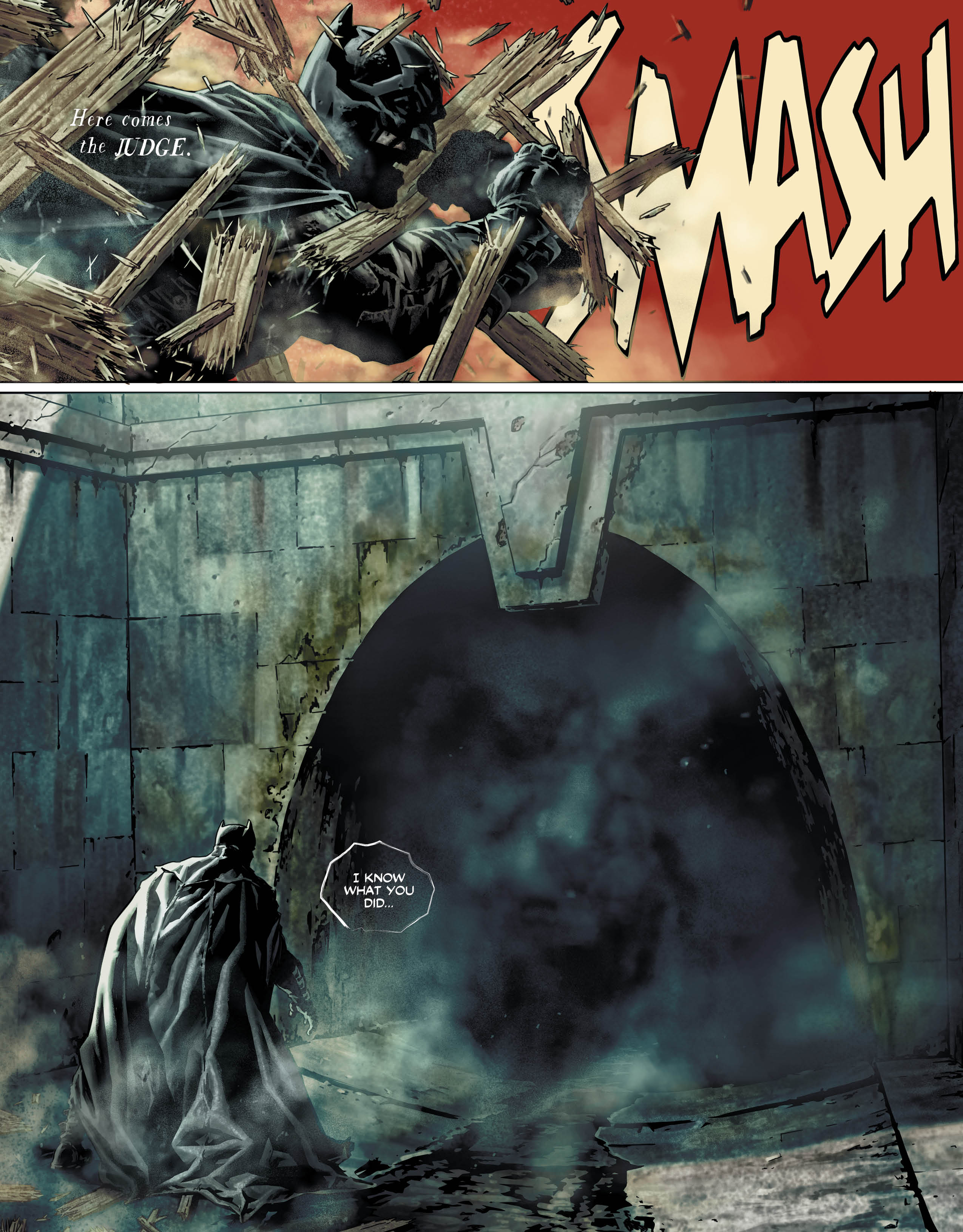 I personally cannot stand a flawless, and clean cut hero, and I don’t see one here. We see Batman broken in body and mind, throughout this story. Azzarello shows Batman at his most vulnerable. Entering the Batcave to only hear the Batcomputer rattle off his multiple injuries. This is a Batman weary and in despair.

Also, while I’m on this part of the comic, there’s a certain shot of Batman as he walks through the cave – a certain side of him we haven’t seen before. If it bothers a mature reader to see Batman in this manner, then I suggest you put this book down and go back to watching Teen Titans Go. Batman undressed is a vision of a broken, vulnerable man. You pity him. If you’re there giggling at the sight of bat-junk then you’re deeply missing the point, and I feel very sorry for you since you’re missing out on comics history while you’re busy chuckling.

I’ve been studying and reading literature for a very long time. I find that great pieces of writing can call other great pieces to mind. Not only does Damned talk about the gag from The Killing Joke, but in the same few panels talks about madness being a fall, which reminds me a lot of Heath Ledger’s last lines as The Joker from The Dark Knight. We can hold this story with the greats because it holds itself there.

Layered and intense as the story is, there are some artistic choices I have to say trouble me. Jared K. Fletcher did a wonderful job lettering the issue. Constantine’s sarcastic wit is wonderful to read in a script you wouldn’t pair with the way he talks. The white letters do make it a little hard to follow at times when the background is bright. Also at times the letters are bunched and also hard to follow. The great gap in time from Batman chasing the witness to him arriving home is odd. To me The final images of the comic – which I won’t describe because it’d lessen their shock factor – are a big and disturbing tableau that Batman should have seen as he entered that church.

I do hate having to nitpick, but these tiny things keep it from being absolutely perfect.

The simplest way I can describe my take away from this story is that this is the single strongest comic, from any publisher, about any character, I have read this year. It is deeply remarkable and will be remembered in conversations as one of the greatest Batman stories ever told, and it’s barely started.