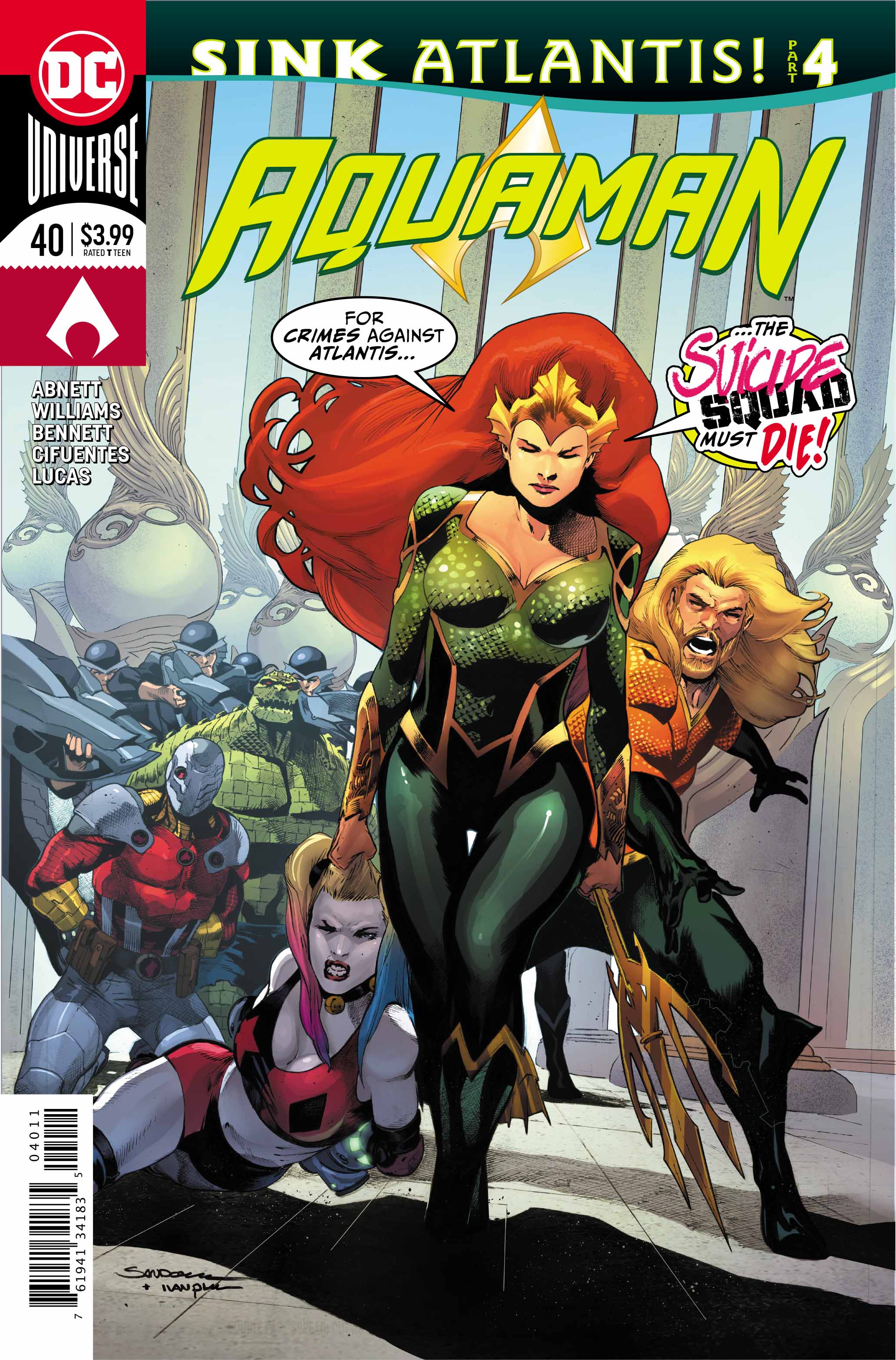 After the events of Suicide Squad #46, we follow the story of the difficult relationship between the U.S. and the suddenly emerged Atlantis. The events of the last three parts to this story come to a thrilling in conclusion in this week’s Aquaman issue. For those not aware, allow me to summarise.

After Atlantis’ rise to the surface, someone in the U.S. government decided it was a good idea to send it back down. Enter Amanda Waller and Taskforce X. With a few of the core members missing, or dead; the team now has new members and a new dynamic. Armed with a magical nuke, some of the squad members were less than happy with blowing up thousands of lives. Others however, were more than happy with it.

Queen Mera, and the Atlanteans got wind of this plot and sent a small force to stop it. A fight broke out between the two factions, allowing a few members of Taskforce X to escape and potentially keep to the plan.

There, now you’re all caught up.

Not only does Taskforce X have a new dynamic to deal with, but so does Atlantis. Recently appointed Queen, Mera has her work cut out for her after the coronation. In the wake of the news that they are under attack from a covert strike force, Mera has to charge. Ordering previous ruler, Aquaman, to seek out the intruders and bring them to justice.

It was strange not seeing Aquaman as the ruler of Atlantis, but Mera jumped straight into the action and acted almost exactly how Arthur would have. It was definitely a welcome change to see Mera in charge. I think she’ll be a great leader and definitely a character to keep an eye on.

Overall, this is an excellent end to a brilliant story arc. Abnett and Williams do a fantastic job at balancing the crazy comedy of Suicide Squad with the serious undertones of Aquaman. The artists over the course of the issues have performed brilliantly, trying to keep everything within the same tone and style. Bennett, Cifuentes and Lucas do marvellous work in this issue, blending the underwater surrounding of Atlantis with the colourful characters of Suicide Squad.

In essence, this is a crossover I didn’t realise I needed until it happened, and now I kind of want more.