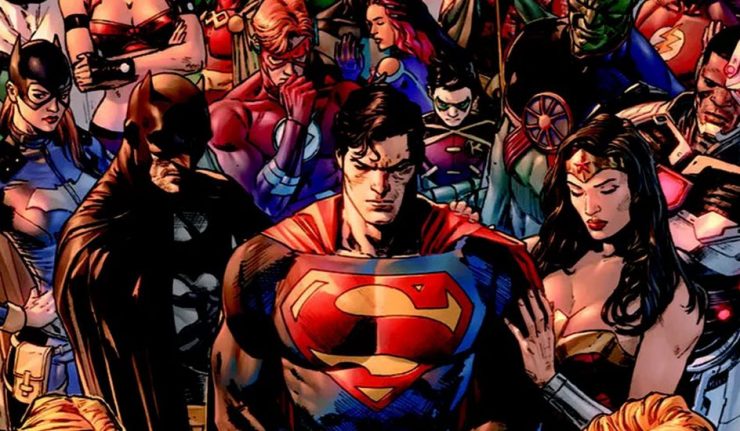 The Eisner Award Winning writer from DC Comics, Tom King appeared on national television on NBC’s Late Night With Seth Meyers. A big day for DC Comics is coming up, a hero’s wedding. The Bat and the Cat are getting hitched and there’s major excitement going around. Amazingly, the writer of DC’s Batman shared his story on National television. This is a report on King’s TV appearance, and his latest project, Sanctuary. 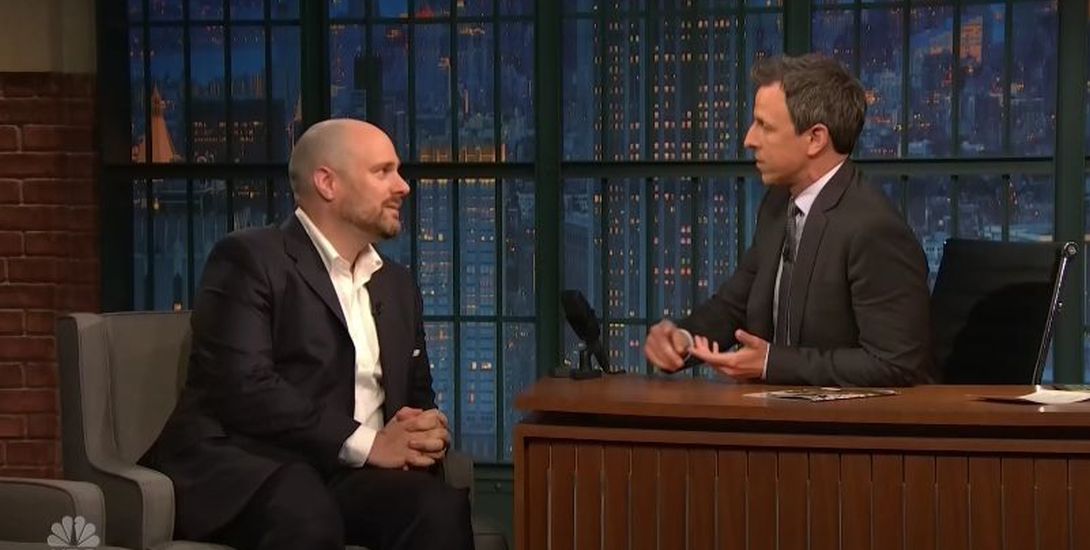 This Batman writer worked for the CIA, and has lived an epic life himself. In a 2017 panel in Fan Expo Canada, he went on a beautiful tangent on how his work in the CIA involved terrorists making deals with other terrorists. How terrifying it must have been, but the humble writer laughed it off.

I just went on national TV and talked about my kids and my wife and my @MitchGerads. Whoa. pic.twitter.com/xFVo3XsMJa

He talks about his work, in CIA, bringing in his fandom and geekdom into national defense territory. He followed up with bringing an image of Mr. Miracle and how Seth might have a possible appearance in the issue.  Afterward, he convinces Seth that is was not him, and so Seth promised not to sue. 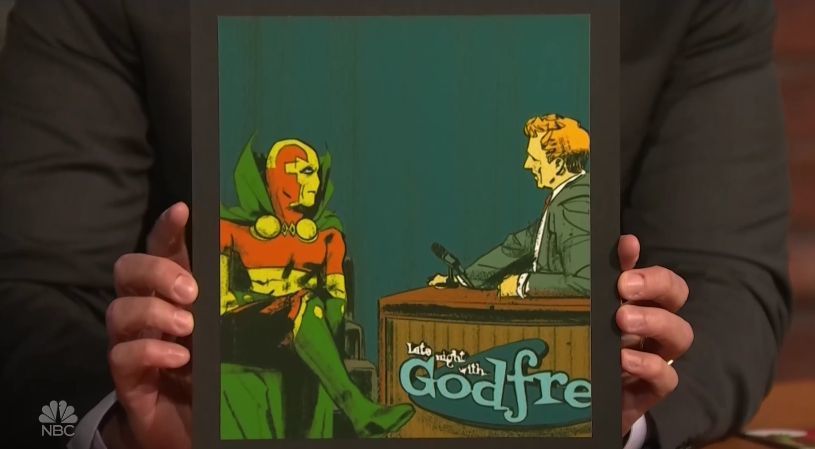 The next topic of conversation was BatCat’s wedding day. We all want to know what Bruce Wayne will wear, will he stick with that old British time-coat? I suppose Alfred decided his groom-wear. Tom King was happy to create more than just one man punching the big baddies. He enjoys writing depth and romance as well.

To our dismay, he also mentions that his son enjoyed wrestling more than comics. It’s okay, King, the little Kinglets will come to you. 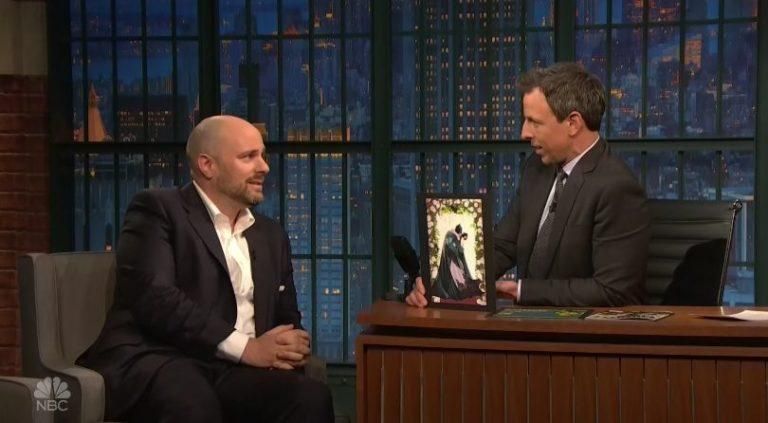 Meyer asked what are the future plans for DC. What is Sanctuary? The secret project we’ve all been hearing about. On national television, King remained silent on the question. But now:

For a major announcement!

It will be a seven-issue miniseries starting September. It is an unprecedented Vision of the DC Universe, introducing a Sanctuary, a crisis center for DC Super Heroes that combines Superman’s technology, Wonder Woman’s Amazonian mysticism, and powered by Batman’s financial Empire.

It makes sense. King is a big advocate of dealing with trauma. Giving our heroes a sanctuary is what we need in this time.

There’s a crisis headed toward DC’s greatest heroes, but it isn’t coming from outer space or another dimension—this time, the threat is homegrown. DC proudly presents a new seven-issue miniseries debuting in September by Tom King and his BATMAN collaborator/artist Clay Mann, titled HEROES IN CRISIS.

A former counterterrorism operations officer with the CIA, King’s bestselling, critically acclaimed comics—including THE SHERIFF OF BABYLON, THE OMEGA MEN, BATMAN, MISTER MIRACLE—have often grappled with war and conflict, and a hero’s struggle to put their war and their trauma behind them. This new series will explore similar themes against the backdrop of a murder mystery involving Batman, Superman, Wonder Woman, Harley Quinn, Booster Gold, and the rest of the World’s Greatest Super Heroes.

I feel like I’m part of a rolling generation of people who spent their twenties overseas fighting terrorism. Millions of people cycle through that machine and come home to America. And I think that sort of experience of violence is shaping who we are as a culture, and as a country. And I want to talk about that. I want to talk about that experience, the experience of what violence can do to a person, to a community, to a nation, to a world.

These pressures and internal conflicts can impact superheroes just as hard, if not more. To that end, King created a sanctuary within the pages of the comics he’s writing—a crisis center for superheroes who spend their lives fighting villainy and protecting others.

HEROES IN CRISIS is not a tale of universes colliding and dying. Instead this is a story centering on the humans and superhumans under the mask; this is about what allows them to get up and fight when it appears they can’t ever get up and fight again. When it’s too much, and it’s often too much, heroes go to Sanctuary—created by Superman, Wonder Woman and Batman—to find a moment of safety before returning to a universe of violence. HEROES IN CRISIS is also about what happens when Sanctuary fails, resulting in catastrophic consequences for the DCU.

If I could do anything to the DCU, it would be to bring a sense of community of superheroes and people. I feel a duty to talk about what violence does to a society through the comics I’m creating.

The premiere issue of HEROES IN CRISIS, written by Tom King with art by Clay Mann and Tomeu Morey, lettered by Clayton Cowles, and edited by Jamie S. Rich and Brittany Holzherr, will reach comic book stores and be available digitally on September 26.