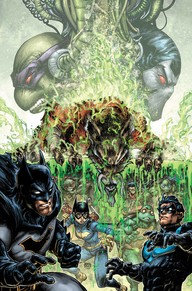 A venomous Donatello is walking the streets of New York City, but it’s not as terrifying as you think. The ninja turtle is taking out the foot clan. However, it’s not temporarily… but rather permanently. Batman and Leonardo interfere, and successfully calm down the oversized mutant. Meanwhile, Raphael and Damian strike a truce, in the hopes of saving Splinter. On Liberty Island, Bane is threatening the citizens of New York, fooling them into coming to him, rather than running away. While it looks like all hope is lost, the issue ends with Batman going to the last person you’d think…. who I won’t mention here just in case you haven’t read the issue yet.

This was another great issue by writer James Tynion IV and artist Freddie Williams II. I (unsurprisingly) have been enjoying this run. They have made Donatello the heart of the story, and the often forgotten turtle deserves the spotlight. It was great to see him lash out in this issue. His attitude thus far has been that he’s smart, but he doesn’t have the fighting skills that everyone else has. Therefore, he only hurts the team rather than help it (not true). After given power at the end of the last issue, it was fun to see him using it and cutting loose. But Tynion doesn’t stretch this out, he keeps the violence tight and useful. There’s a point to it, it’s played out brilliantly, then reeled back in. I loved how Batman and Leonardo were able to (eventually) calm him back down, and the emotion behind their negotiating.

The other subplots in the issue were important, but moved along rather quickly. The Splinter/Lazarus Pit scene was a little rushed, but Raphael and Damian did share a nice moment. As for Bane and his threat, I respect Tynion for giving it a shot. I just think Bane is limited. Don’t get me wrong, it’s entertaining and fun, but he seems like a “threat” and not a threat, if you know what I’m saying. However, I’m really excited to see him take on the character revealed at the end of this issue. 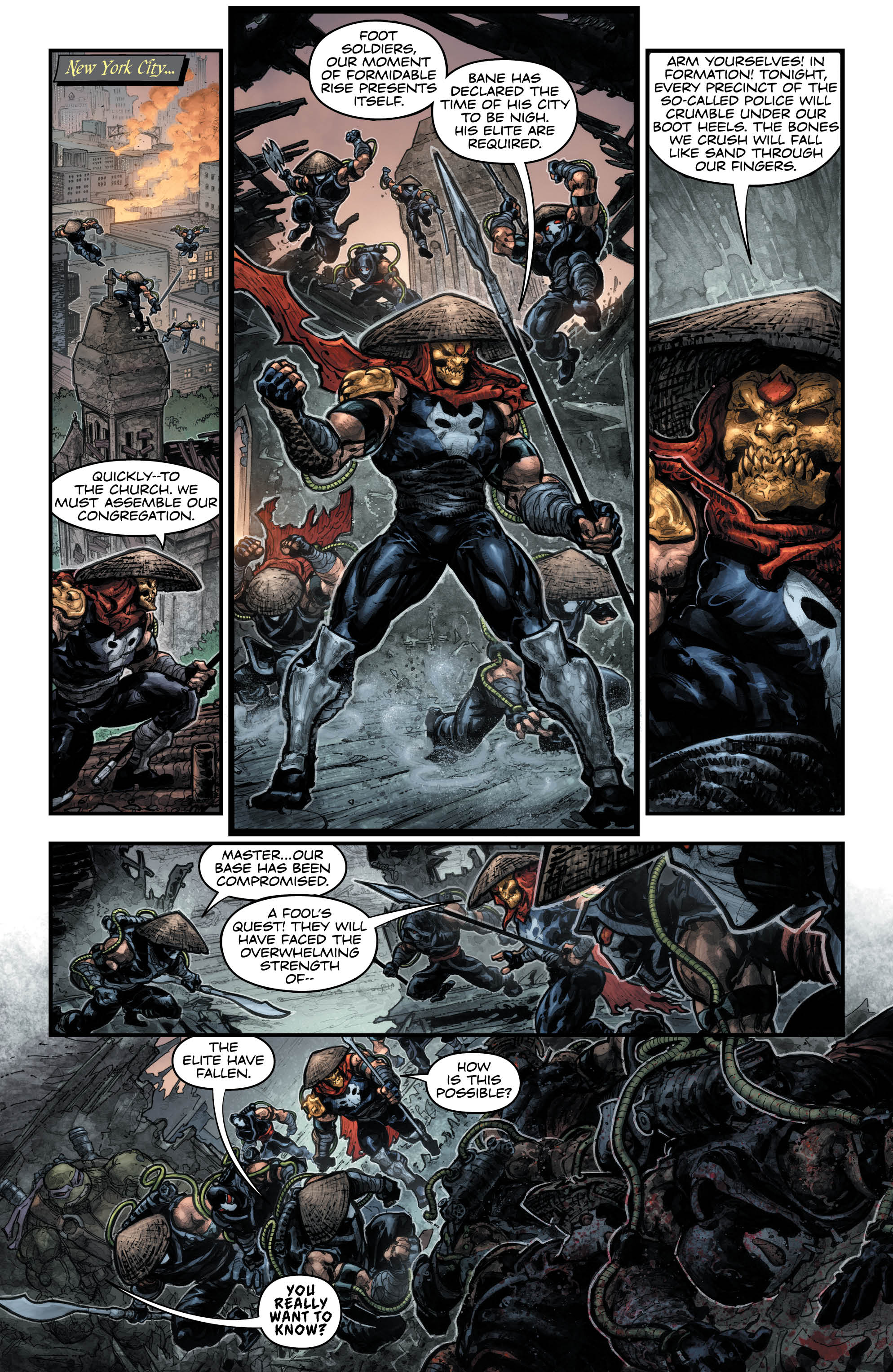 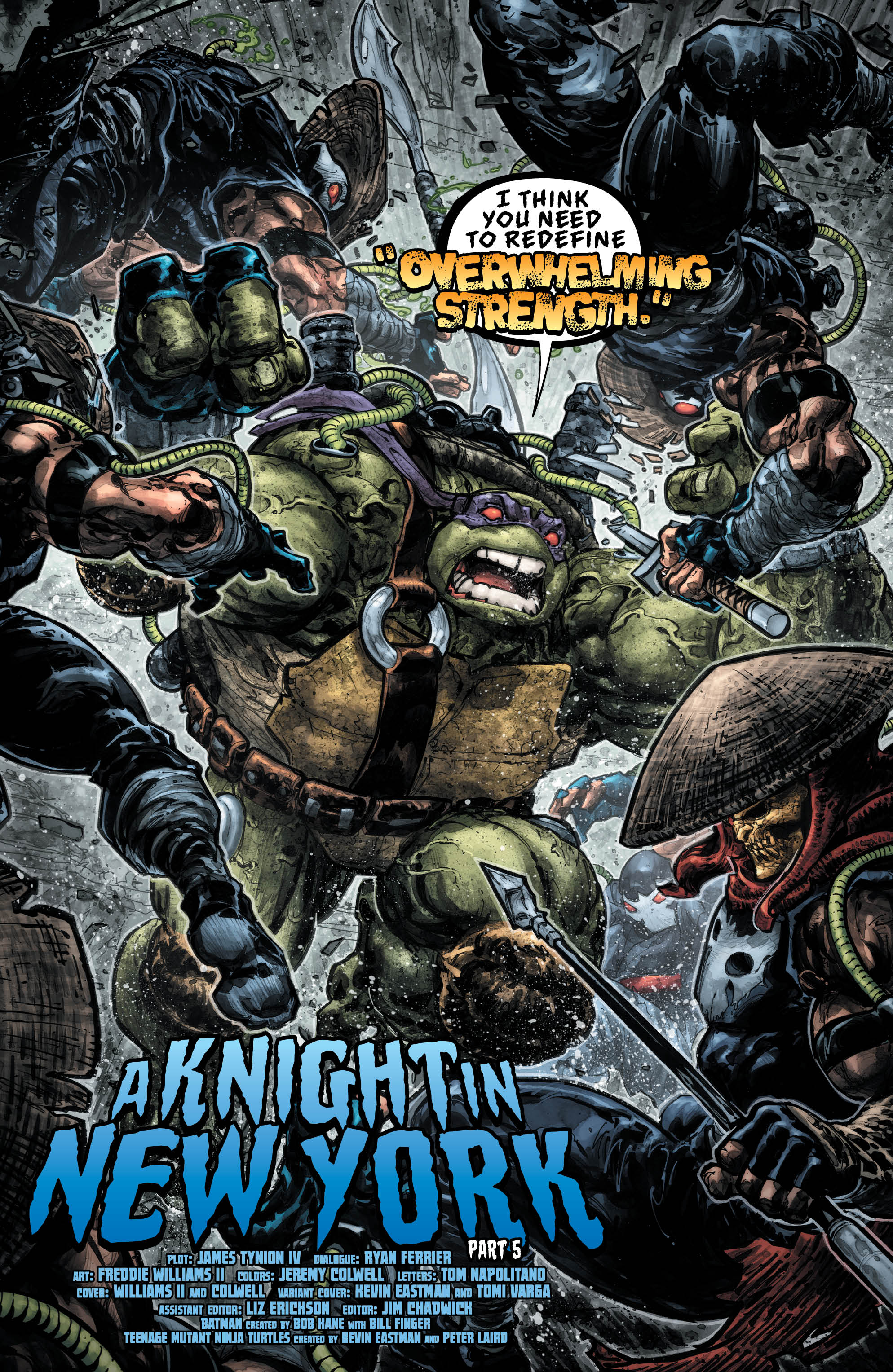 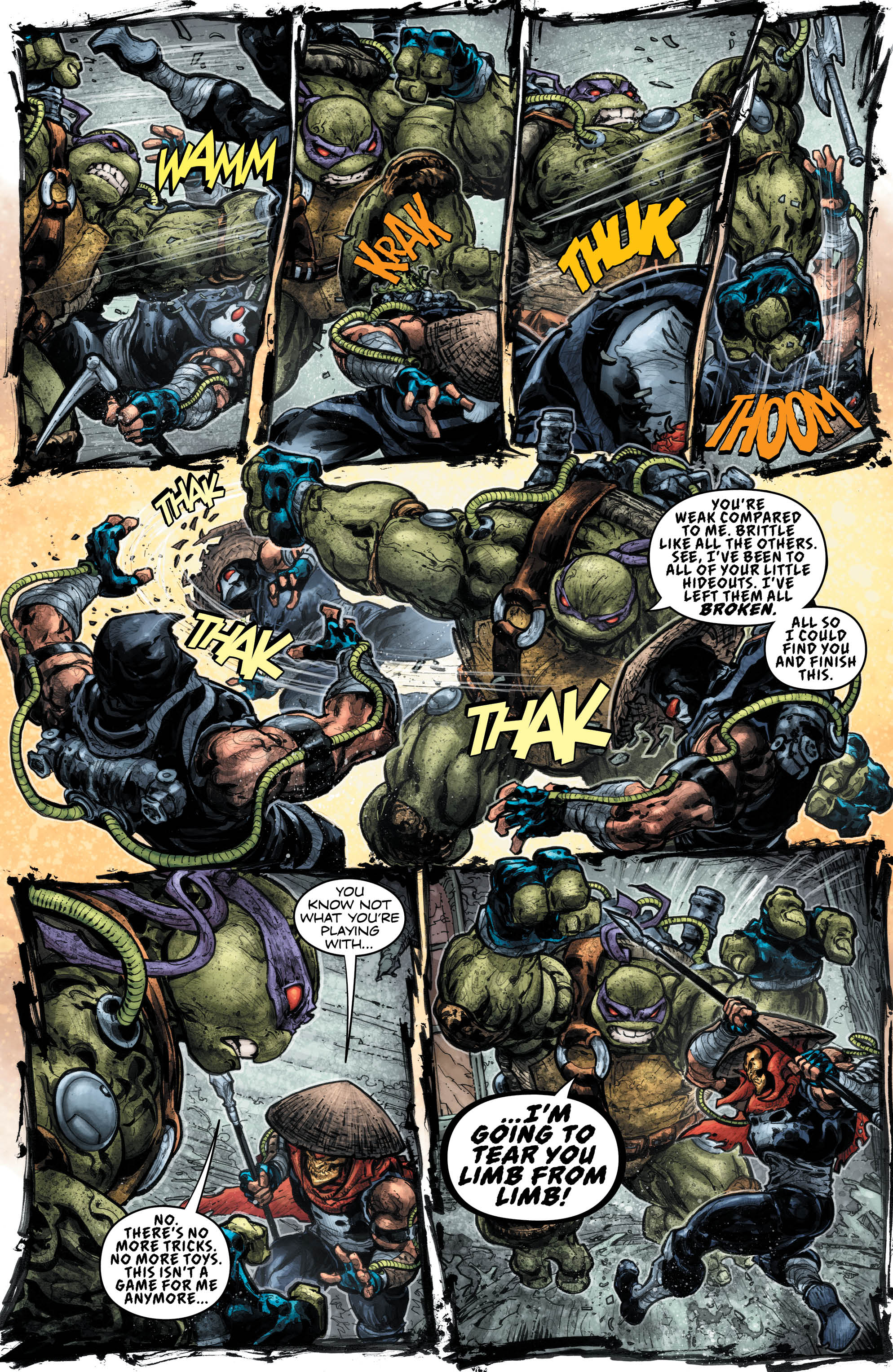 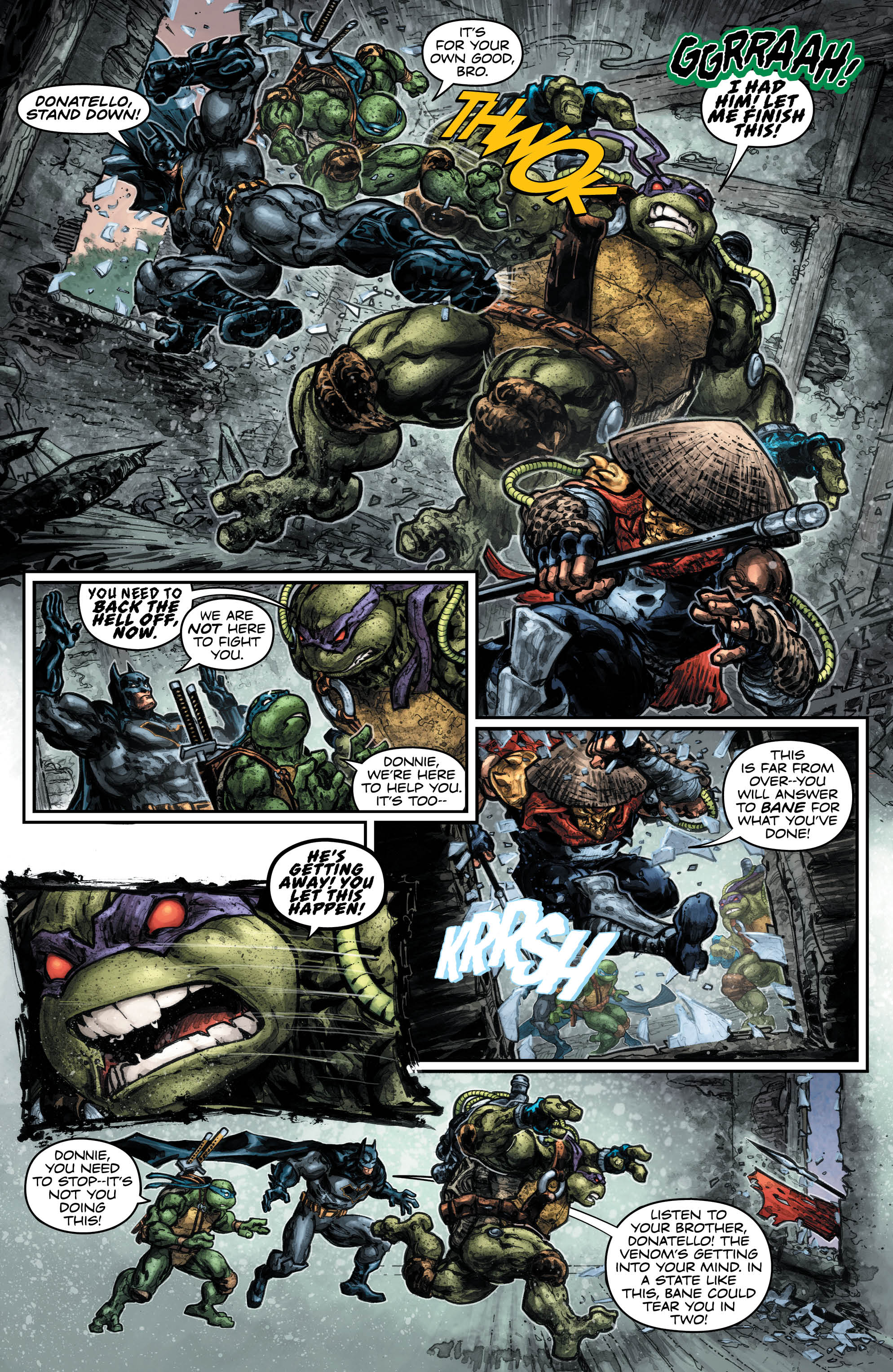 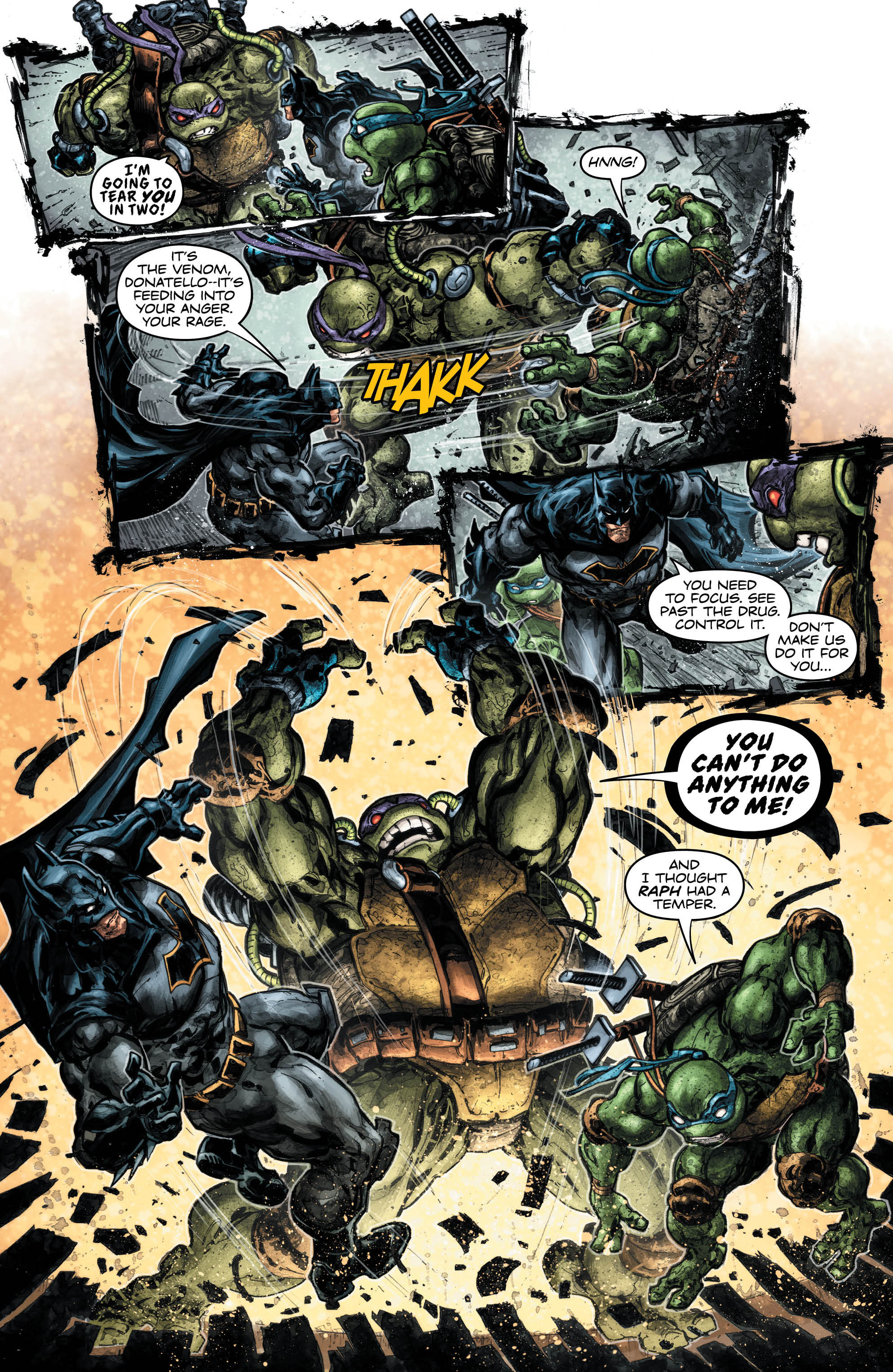 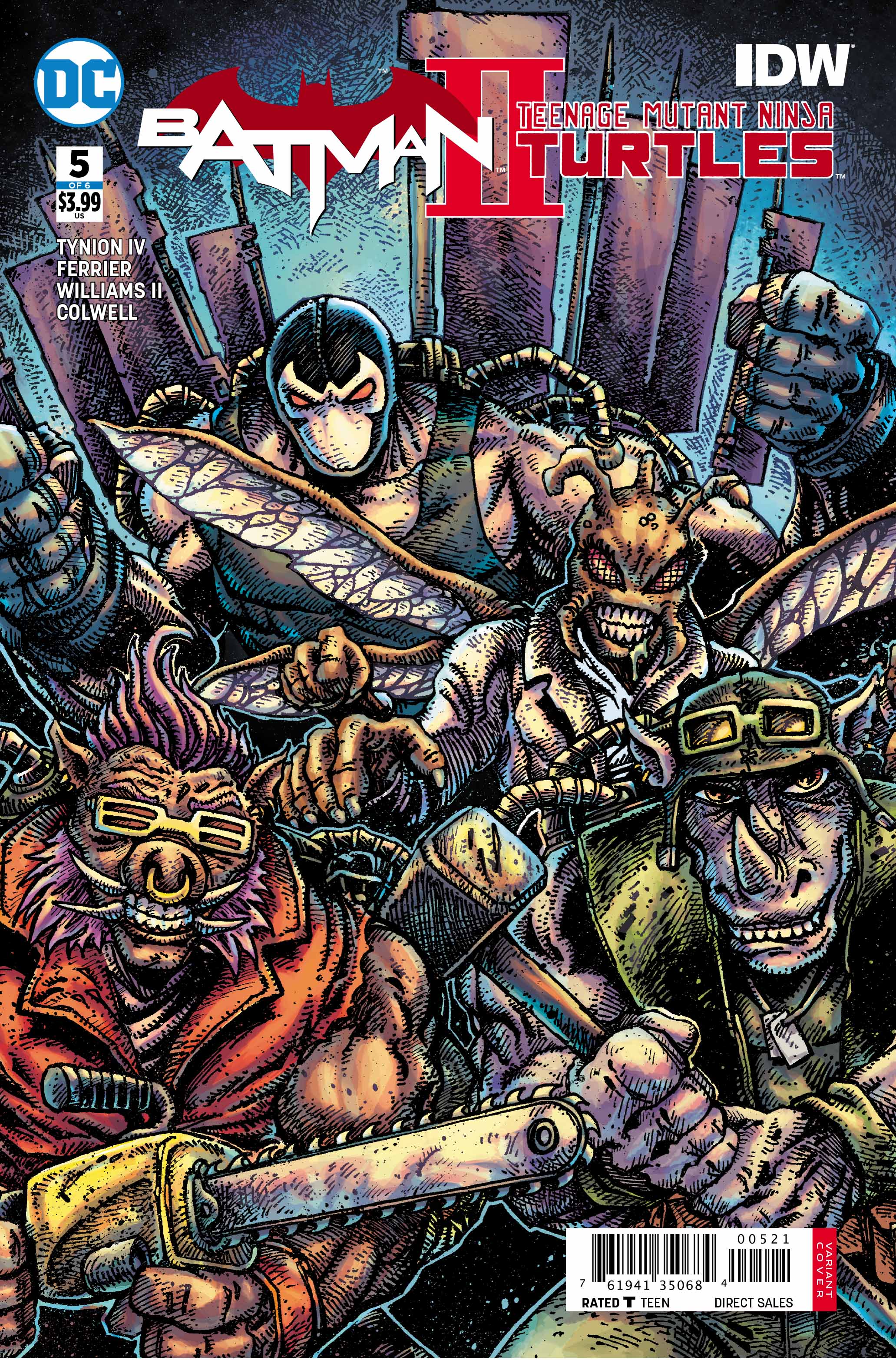 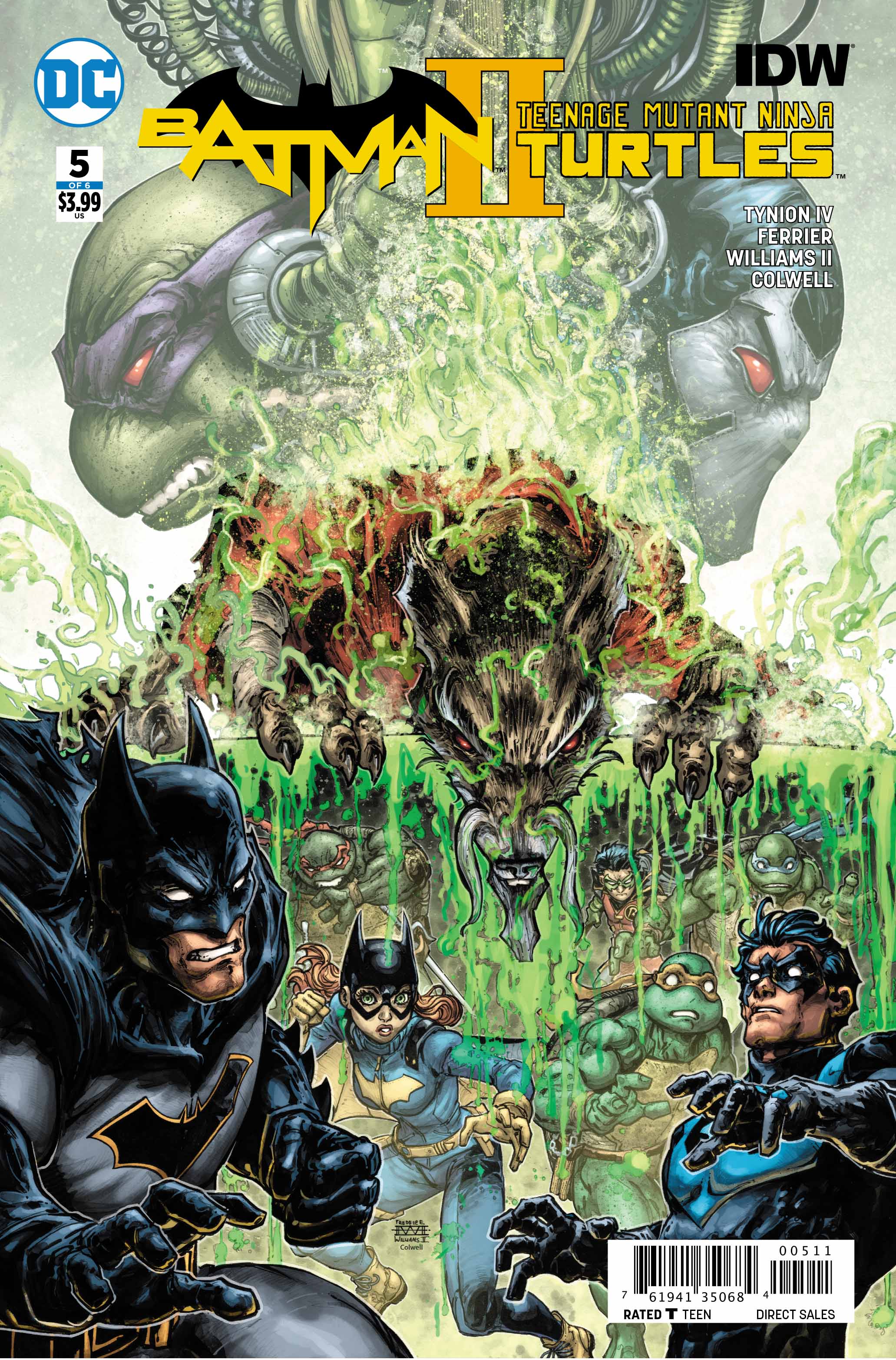 The art is another top notch effort from Freddie Williams. If you’ve liked everything up this point, you won’t be disappointed here. His imagery is fun. His sets are dark. And while nothing is distracting, every panel just oozes comic book. My favorite page(s) in this issue was his spread with an oversized Bane, Bebop and Rocksteady overlooking New York. Bane’s muscles were bigger than my head, and I loved the detail on the goons. Another great looking book.

More of what you’d expect from Tynion and Williams. When you combine Batman with the Teenage Mutant Ninja Turtles, you expect nothing short of great. That’s what you’re getting here. While I’m excited for the next issue, it also pains me that it’ll be the last. I hope you’ve enjoyed the ride, because the final battle for New York is just around the corner, then it’s back to Gotham.

The ‘Batman/Catwoman Wedding Album’ To Be Released Fall 2018