So, the day came at last. The Justice League movie finally hit theaters worldwide on Friday, November 17th, 2017. Many of us have waited almost our entire lives for this movie, and were very excited to go and see it.

So, what did the Dark Knight News team think of Justice League? Hold on to your hats, folks… you’re in for a bumpy ride!

Warning – This review contains some spoilers. 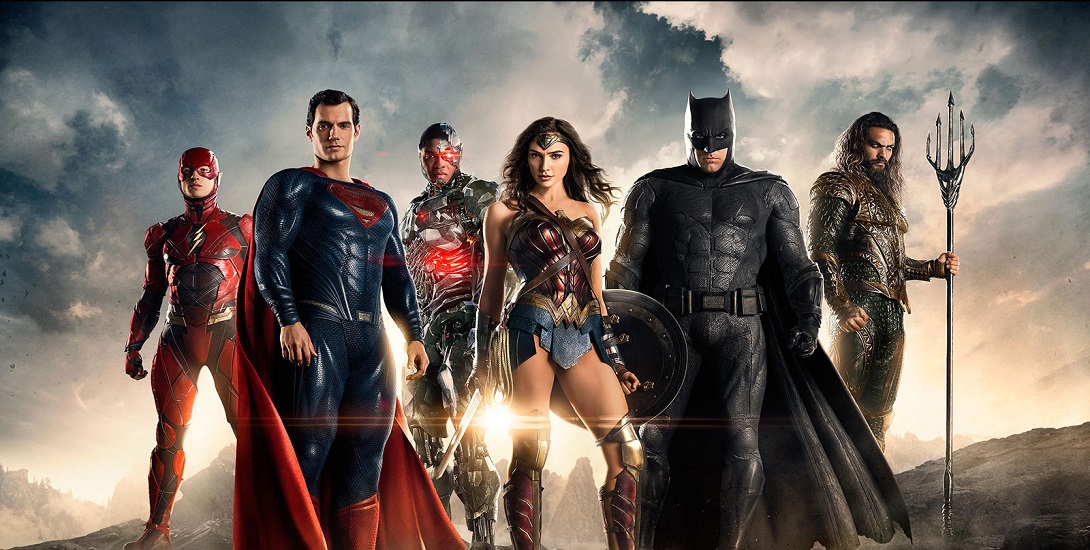 Kevin Gunn, Editor-In-Chief – Justice League was not perfect by any means, but it was a fun movie. It set its own pace, and even poked a little fun at the DCEU. A stellar cast with great performances. Some critics panned Ray Fisher’s Cyborg role, but I think his was a difficult one to pull off, and he succeeded nicely.

Ryan Lower, Reviews Coordinator* – Justice League was a fun comic book movie. Though delaying would have benefited and given it a better polish, the characters worked and were a joy to watch. The plot was simple and the villain was by-the-numbers, but a simple movie was a bit refreshing. For a first Justice League Movie, it should have been better. BUT… I had a lot of fun watching it and will revisit quite a bit in the future.

Luckily, the strength of our heroes carry the film forward, and I’m not talking about their powers. Each League actor gives a great performance. Ben Affleck as Batman, who was my favorite thing about Dawn of Justice still holds up here. I love the hilarious chemistry he shared with Aquaman and Flash, serving as a pseudo-mentor to the latter.

Overall, despite the thin plot, weak villain, obvious reshoots and inconsistent visuals, I enjoyed Justice League A LOT more than the dull and arduously long BvS. I appreciated the lighter tone and all of the actors did a fantastic job embodying their characters.

A League Of Their Own

John Hagmann, Reviewer – Justice League was a fun addition to the pantheon of DCEU superhero films. It was splashy and over-the-top as the genre demands but added some fun and surprising depth to the mix. While certainly not perfect, despite all its flaws, rough reviews and my low expectations, I enjoyed it.

There is plenty more to explore in future films and I think that’s where Justice League shines. The story introduces characters and adds depth to others creating opportunities for future films. Time will tell whether Justice League performs well enough at the box office to allow those films to be financially viable. I was pleasantly surprised by the lack of cringe-worthy scenes. Perhaps I overlooked much because of my fandom and experience with superhero movies? Still, I thought it was enjoyable and moved the overall story forward.

Eric Lee, Staff Writer/ Reviewer– I thought Justice League was okay. As a whole, it is a bit of a mess, but looking at it on a scene by scene basis, it is pretty good. Specifically, the characters’ chemistry with each other was fun and dynamic. I just wished that there were big ‘Wow’ moments that made it more memorable. I think the closest scene for me was when the Flash helped Wonder Woman retrieve her sword. 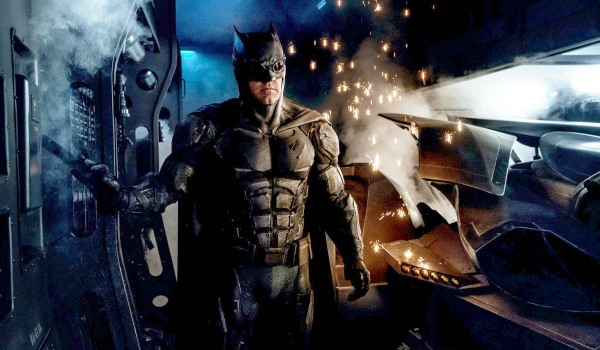 Chris Foti, Staff Writer – Justice League is definitely the work of two directors. There’s the stylistic approach of Snyder, sprinkled with the writing of Whedon. The film wastes no time in getting the team together and fighting Steppenwolf, and mostly succeeds. There were no true character arcs, since we’re meeting half of them for the first time. But Ray Fisher, Jason Mamoa, and Ezra Miller are all great in their roles of Cyborg, Aquaman, and Flash, respectively.

A lot of this film hinged on how they handled Superman, which in my opinion was very well done. It’s definitely not the grand Justice League movie many were hoping for, but it caps an end to the Snyder era of DC Films in a mostly successful way. Now the characters are all where they should be, let’s hope WB can move on and begin Phase 2 of their DC Films approach.

Sharna Jahangir, Staff Writer/ Reviewer – Justice League is a blessing. It’s not going to win movie of the year, and I don’t like Whedon’s addition to the film at all, but it’s like watching an episode of Justice League‘s animated series. A serious, but still fun episode. I loved how they brought Superman back, and I loved how Bruce Wayne bought a whole bank as he tries to atone for hurting him. The contingency plan was such a moving scene. Henry upped his game with Superman; he was cheery, cocky, and fun! He acted like a child with Cyborg. And I LOVED Cyborg, He had a major role in the mission.

My major complaint is Joss Whedon’s edits are noticeable, and I dislike some of his directorial/writing choices. 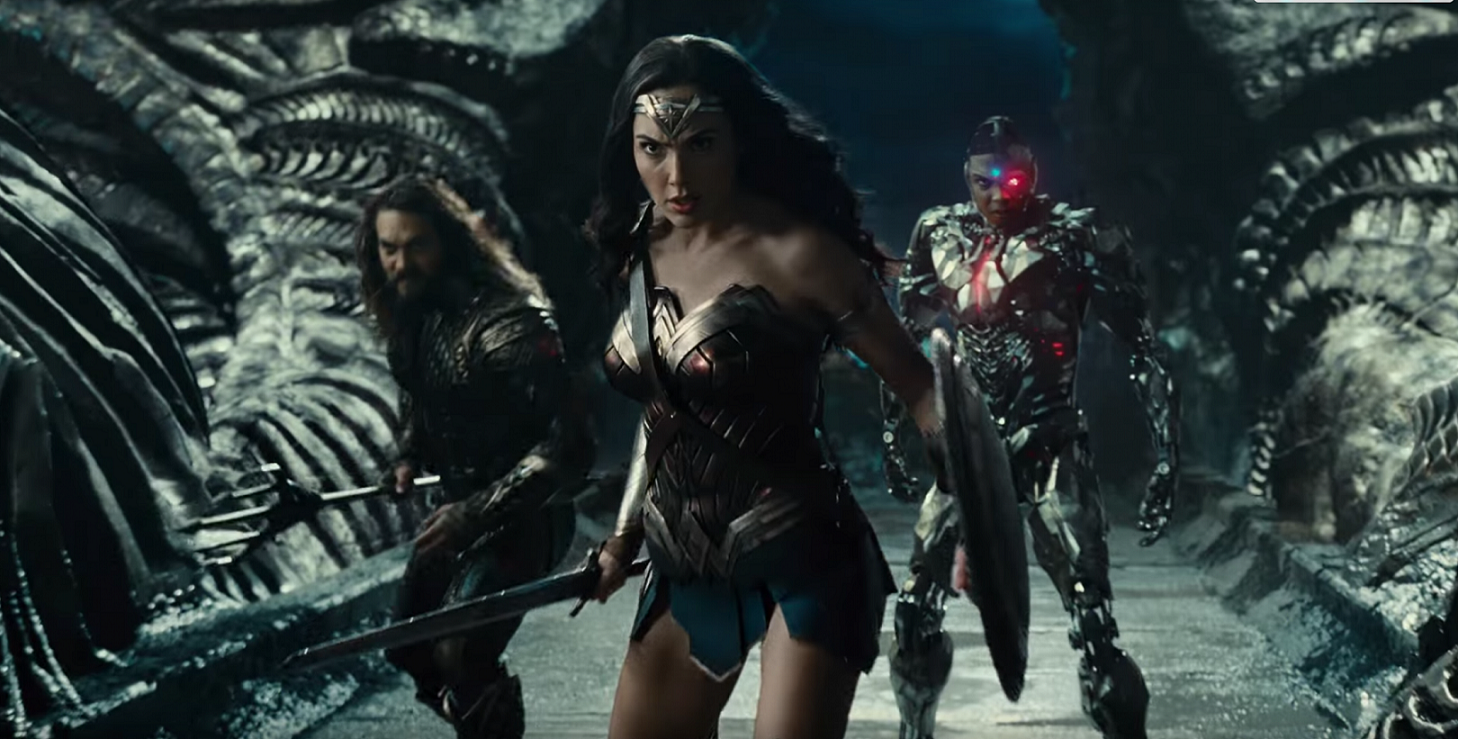 Steve J. Ray, Staff Writer/ Reviewer – There are some great story beats, and some really terrific character moments. Every single actor gave a great performance. They delivered brilliant, real, believable characters and I really liked, rooted for, and cared about every single one of them.

The action and adventure levels in this film cannot be faulted. The fights are epic, the scale of the sets impressive, the locations, vehicles, settings, magic, lasers, pyro, and explosions are all top-notch. And yet… I can’t get the horrifically executed moustache removal images out of my mind’s eye. Henry Cavill’s a handsome dude, but these edits made him look like a mutant!

In the end, it was broth that was spoiled by too many cooks, a film made by committee. Justice League is not a bad film, but it could’ve been a great one.

While the film clearly divided opinions, on the whole, the response was very positive. Three of the Dark Knight News crew recently went into greater depth, gave their views in audio format. Listen out for the all new Dark Knight News Podcast, coming soon!

(*Special thanks, and a huge debt of gratitude to Ryan ‘The Legend’ Lower, without whom I never would’ve met my deadline for this article. ‘Nuff Respeck, as we say in South London.)

Joe Manganiello Tweets Photo of Himself as Deathstroke