‘Batman: The Telltale Series’ to Expand in ‘Batman: Sins of the Father’ 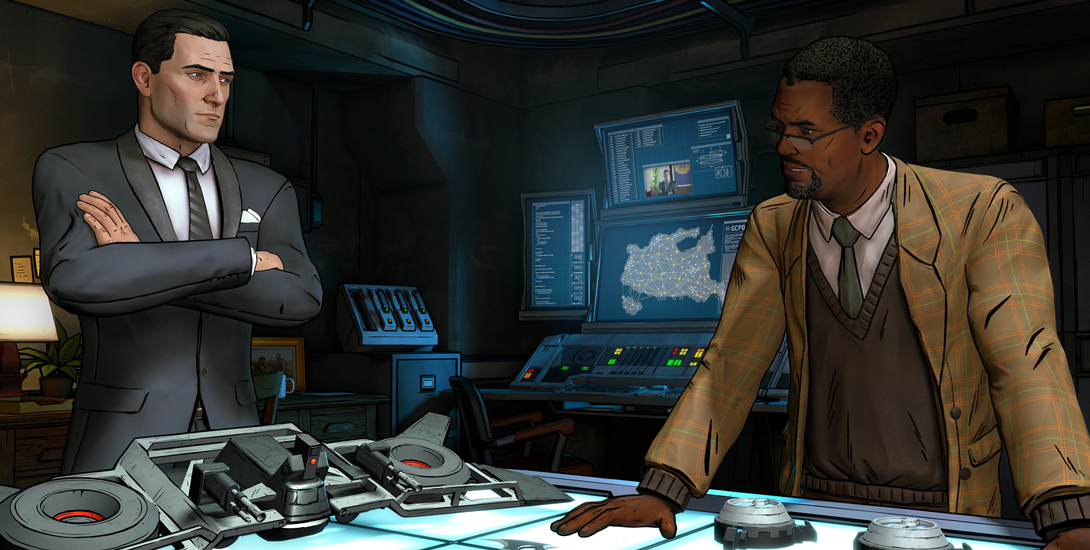 News for fans of Telltale Games’ Batman series of games keeps rolling in. Earlier we reported on the game’s introduction to the Nintendo Switch console, and now DC has announced a spin-off comic set in that universe. Coming in February of 2018, the new series is titled Batman: Sins of the Father. Writer Christos Gage and artist Raffaele Ienco will be taking the lead on the series that adds to the Telltale story. It is said to bridge the gap between the first and second season of the game.

Telltale Games is a leader in story driven games, so to see the source material choose to expand this new Batman canon is flattering. In this new canon, Bruce finds out that his father has ties to criminal activity. Batman: Sins of the Father will be looking at Bruce repair his family’s, and his company’s, reputation while, as Batman, he works on his relationship with the GCPD.

The miniseries starts digitally February 12th and will be available for print starting February 21st.

The popular video game Batman: The Telltale Series, is adding new plot points to its storyline in a new Digital First comic book miniseries, BATMAN: SINS OF THE FATHER, to be released by DC. The series will bridge the gap between the first and second season of the acclaimed game, developed by Telltale Games and licensed by Warner Bros. Interactive Entertainment. TV and comic book writer Christos Gage (Buffy the Vampire Slayer: Angel & Faith, TV’s Daredevil) will helm the series, with artist Raffaele Ienco (Fantastic Four, Black Knight) making his debut on his first DC comic book. The story will delve deeper into the narrative, with new details for current game, Batman: The Enemy Within. The miniseries will be released digitally beginning February 12, with print issues beginning February 21.

“I love the bold choices the Telltale Games folks made in their approach to Batman, by having Bruce Wayne discover his father was part of a criminal conspiracy,” said Gage. “I’m excited to contribute to this world and I can’t wait for fans to see Raffaele bring the story to life. He is a great match to the visual style of the game, while adding his unique, hard-hitting take to it.”

After the events of season one, Bruce Wayne is working to rebuild the reputation of his family and their company, Wayne Enterprises, while his alter ego, Batman, attempts to create a working relationship between himself and the GCPD. However, before Bruce can begin reparations for the families affected by Thomas Wayne, a mysterious figure begins killing people associated with Arkham Asylum. As suspicion falls on the families suing Wayne, Batman will begin his own investigation into the mystery assassin—and he’ll paint a target on his own back in the process.

Artist Ienco stated, “I’m thrilled to be making my DC debut drawing such a high-profile character like Batman, as well as working alongside the fantastic Christos Gage and our editor, Jim Chadwick. I can’t wait to share what Gage and I have cooked up for the fans of this series.”