Nintendo Switch Batman fans no longer have to figure out how their going to play Batman – The Telltale Series Season 1. Telltale Games has announced that they’ll be releasing their critically acclaimed Batman game on the Nintendo Switch. This is great news for anyone who has been looking for a reason to play the game but haven’t made the purchase yet. I’ve been playing Season 1 on X-Box One and it really is a great game. Batman – The Telltale Series puts you in Batman’s shoes as you make decisions as both Bruce Wayne and The Batman. It’s a new take on the canon, where we see The Batman meeting some of his classic foes for the first time, his childhood friend is the Penguin, and his father was crime boss.

The game coming to Nintendo Switch is exciting for several reasons, the major one is that the system allows you to take the game on the go while maintaining the HD graphics you’re used to from your console system. You’ll be able to pick up the game at retail or digital on November 14th in the States, and the 17th in Europe and Australia. 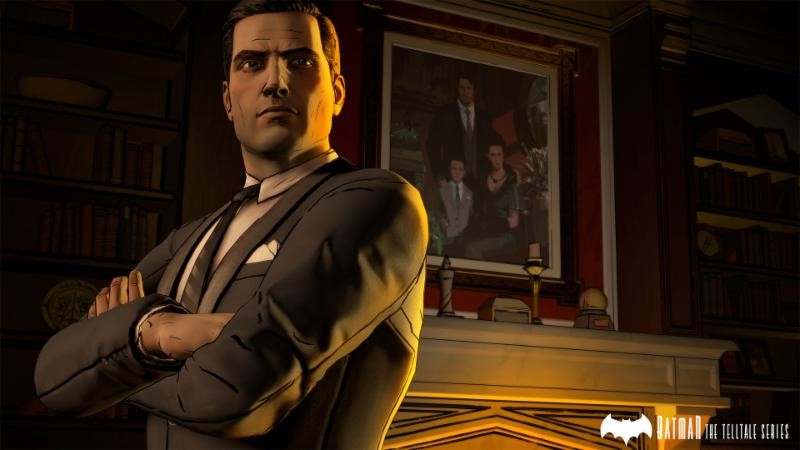 The first season of Telltale’s fresh take on Batman canon comes to Switch on November 14 in North America and November 17 in Europe and Australia from Telltale Games, Warner Bros. Interactive Entertainment, and DC Entertainment.

SAN RAFAEL, Calif., November 9, 2017 — Award-winning publisher and developer Telltale Games, in partnership with DC Entertainment and Warner Bros. Interactive Entertainment, today confirmed that Batman – The Telltale Series will launch on Nintendo Switch on November 14 in North America and November 17 in Europe and Australia. The full first season will be available both digitally and at retail; both formats will cost $39.99 USD in North America. All five episodes will come already loaded on the retail cartridge.

“This will be Telltale’s first Mature-rated title on the system, so we’re really excited not only to have our game on Switch but also to approach a new audience with a game we’re really proud of,” said Executive Producer Sean O’Connor. “We think our unique take on Batman is a great way to introduce Nintendo fans to Telltale’s style of storytelling. It’s also nice that returning fans will be able to experience the game on a console they can take with them everywhere.”

Batman – The Telltale Series gives players the opportunity to role-play as both Bruce Wayne and Batman in a fresh take on Batman canon. In the series’ opening episode, ‘Realm of Shadows,’ Bruce Wayne is forced to question everything he thought he knew about his identity when he discovers his father was in fact a ruthless crime boss. As both Bruce and Batman, players must negotiate harsh political turmoil and prevent Gotham City from descending into chaos while digging into the truth about the Wayne family’s sordid past. 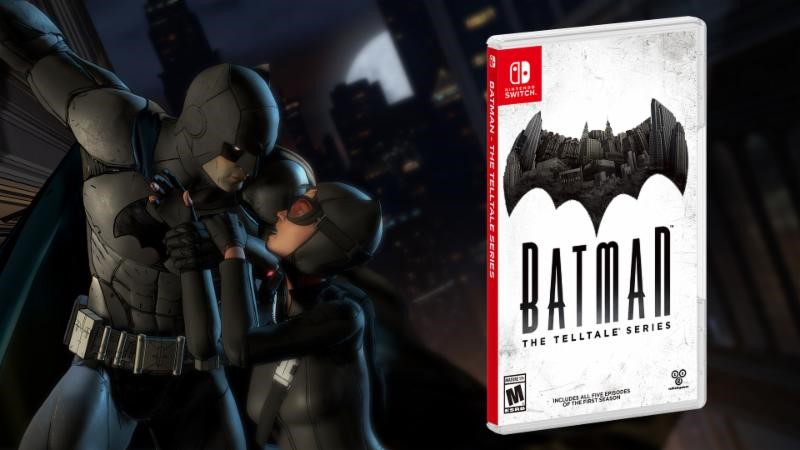 Batman – The Telltale Series was praised by fans and critics alike, with The Verge proclaiming it’s “among Telltale’s best work to date” while emphasizing “it’s not just Batman, it’s your Batman.” Game Informer called it “one of the best experiences by Telltale in recent memory, period” while Heavy.com wrote that Telltale “truly knocked it out of the park.” Digital Spy deemed it “the freshest Dark Knight take we’ve seen in years,” which io9 echoed, calling Telltale’s Batman “video games’ best Bruce Wayne ever.”

Batman – The Telltale Series is a standalone product separate from the second season, Batman: The Enemy Within. It is currently available at retailers across North America on a special ‘Season Pass Disc’ for Xbox One, Xbox 360, PlayStation 4, and PlayStation 3. The disc includes the first episode of the season, as well as access to download all subsequent episodes through an online connection.

Both Batman – The Telltale Series and Batman: The Enemy Within are licensed by Warner Bros. Interactive Entertainment and based on DC’s iconic character. All currently available episodes have been rated ‘Mature’ by the ESRB.

Review: Batgirl and The Birds of Prey #16