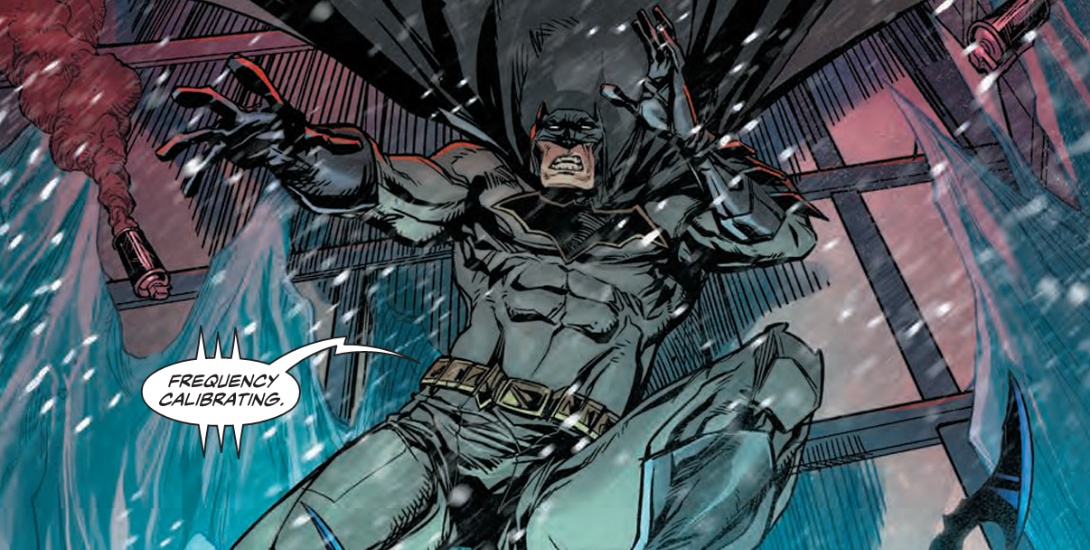 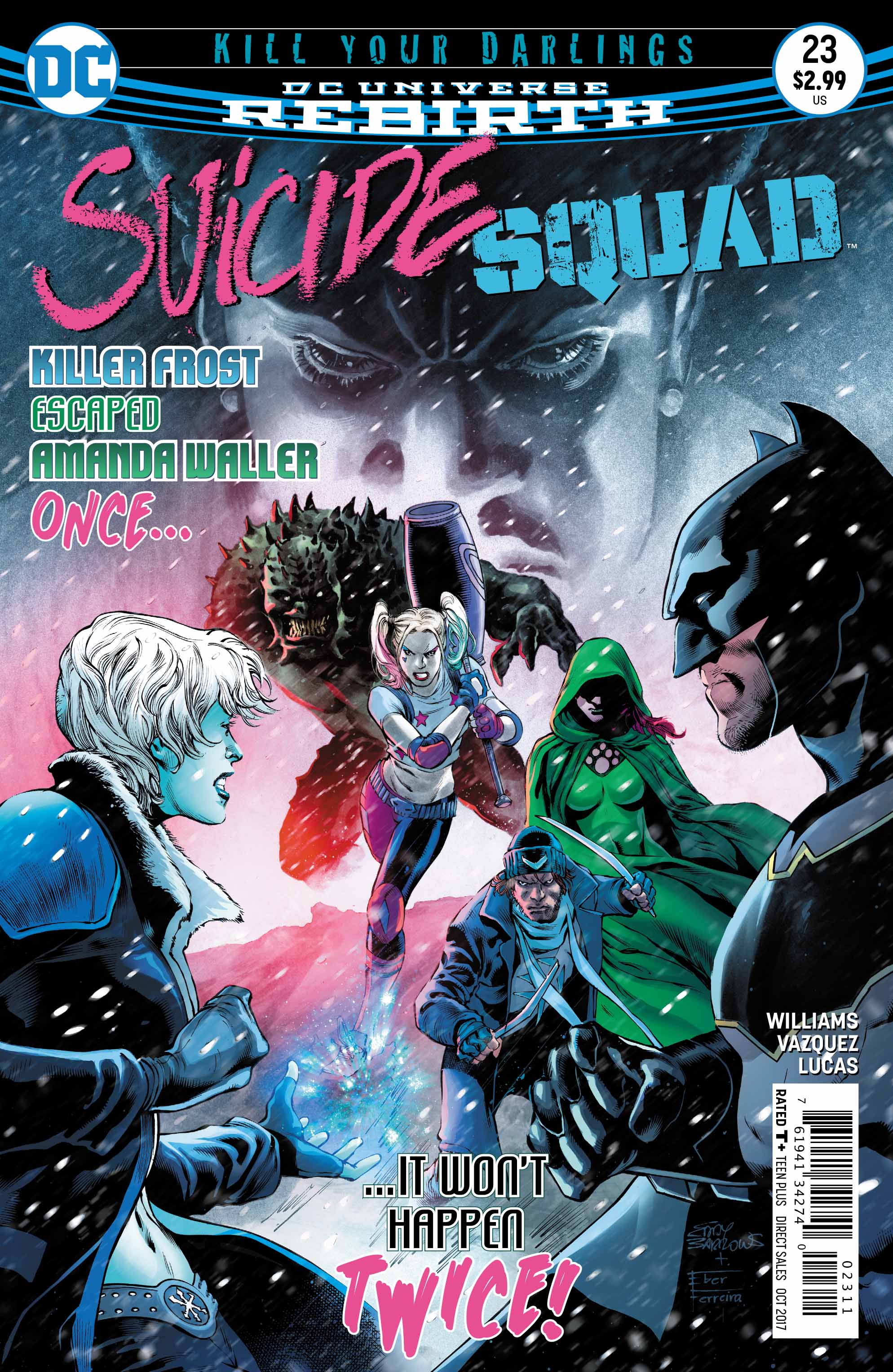 The Suicide Squad has a new mission: The apprehension of two initial metahuman targets. Both criminals in their own way… Batman and Killer Frost. And that’s where issue #23, “Kill Your Darlings” part three kicks off!

There are certain occasions when guest appearances are purely a ploy to boost sales, and instances where the guest character is essential to the ongoing story. I’m very pleased to report that the latter is most definitely the case this time around.

I look for ward to every issue of this title because of Rob Williams’ firm and definitive grasp of all the characters he writes. Here is an author that is not only clearly a fan, but someone who understands the psychology and mythology behind every personality as well. Rob’s Batman is MY Batman too.

Team books are a nightmare to write and draw, so throwing in two more characters is no mean feat. The way Killer Frost and our very own Dark Knight are written and drawn this issue is phenomenal. The look of each character is consistent with the way they appear in their own books, and the way they act is perfection.

From his first frame the Caped Crusader is an imposing figure. His glare is cold and his stance exudes power, and authority. The slightly skewed angle at which artist Gus Vazquez has drawn him enhances this even further. Few men can get away with giving Amanda Waller an order, but this is no ordinary man. 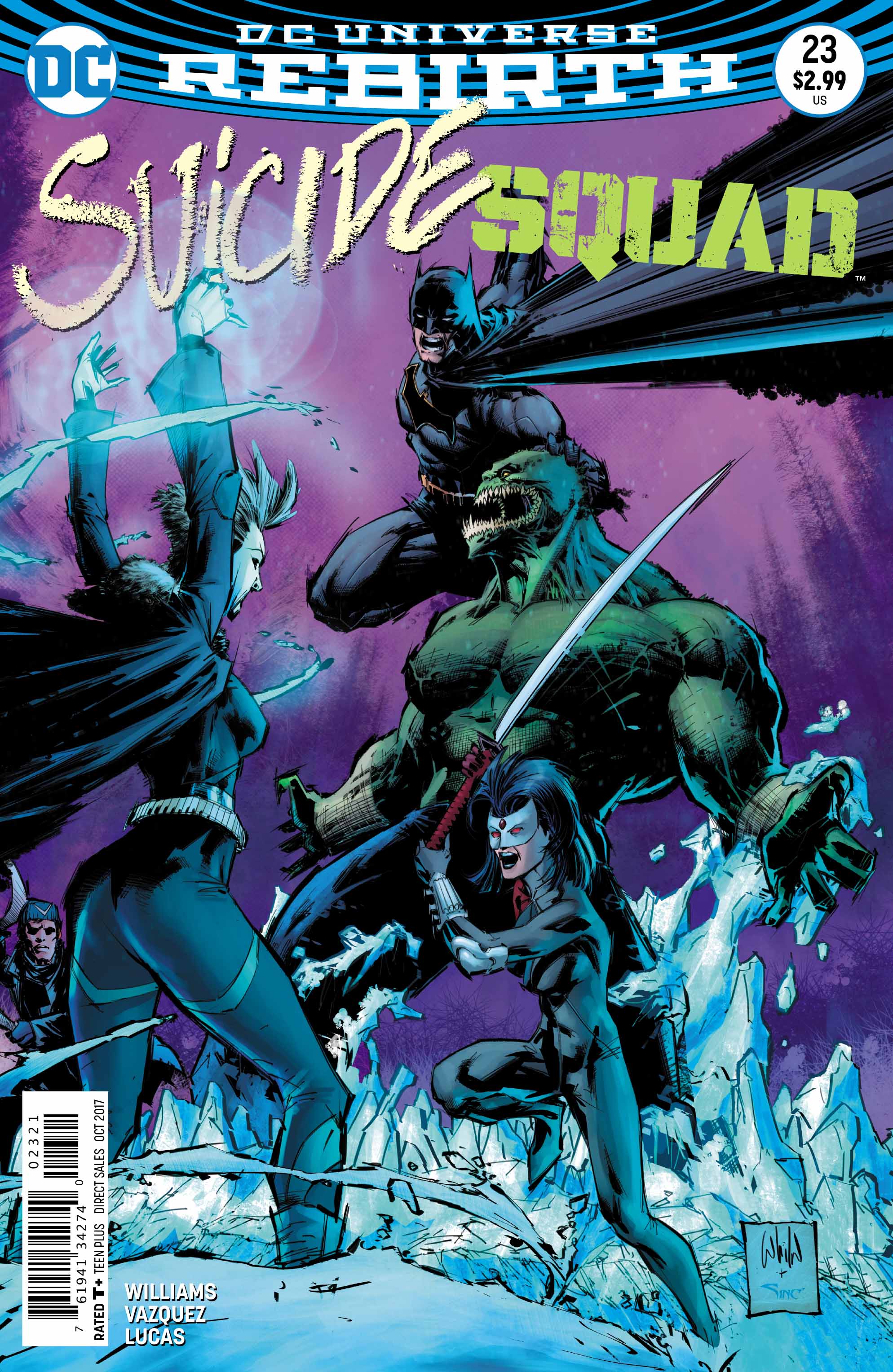 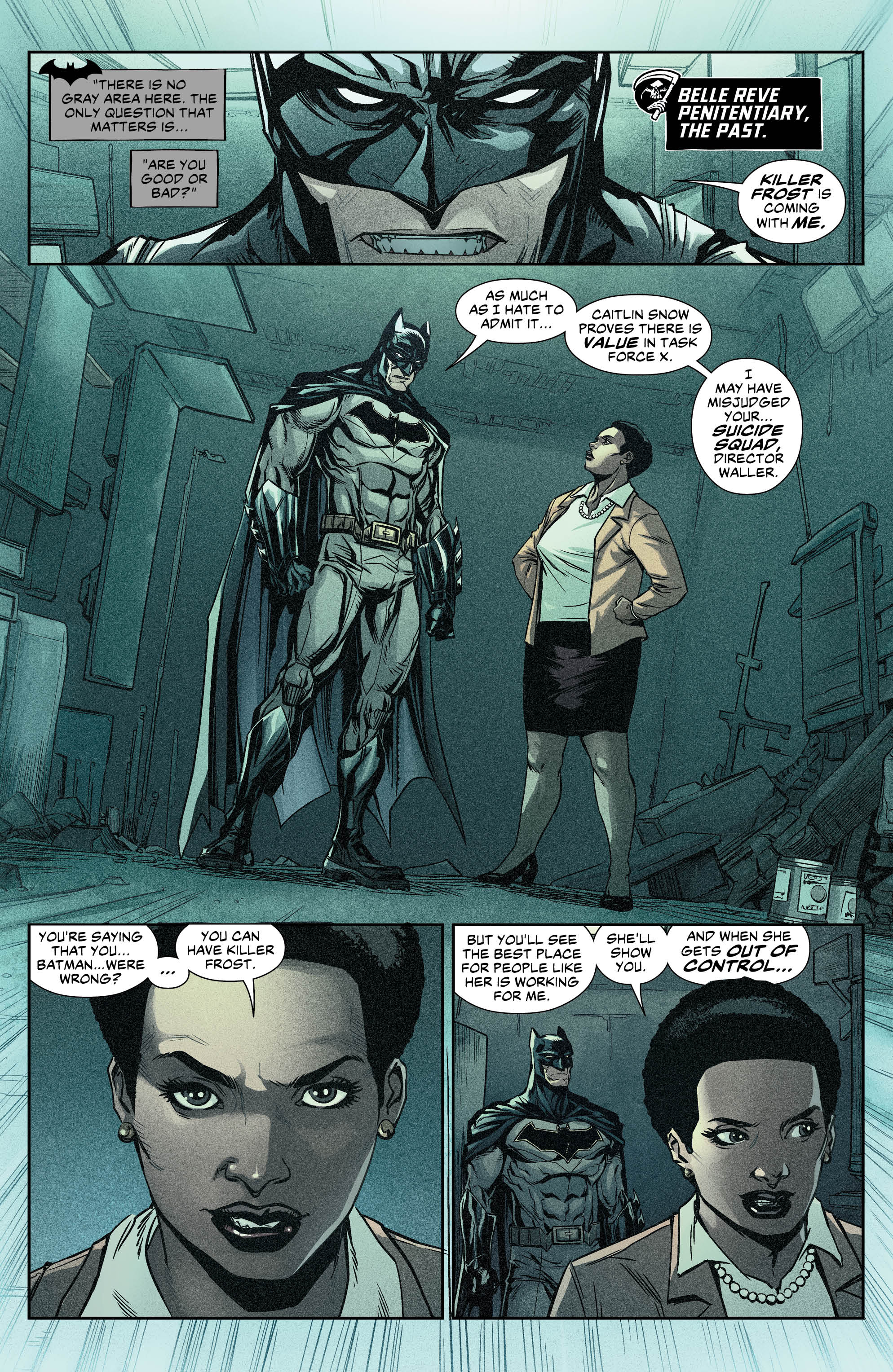 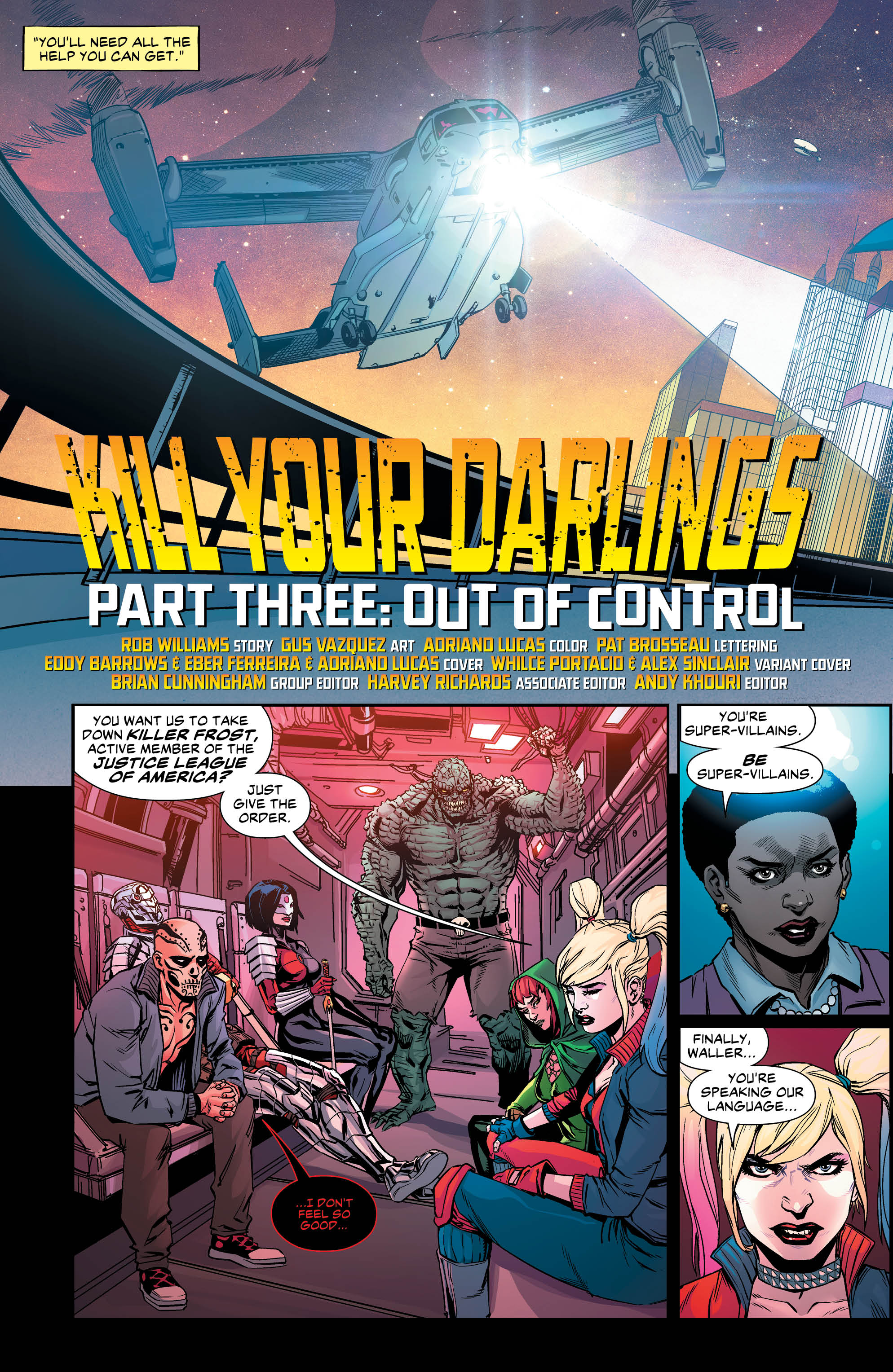 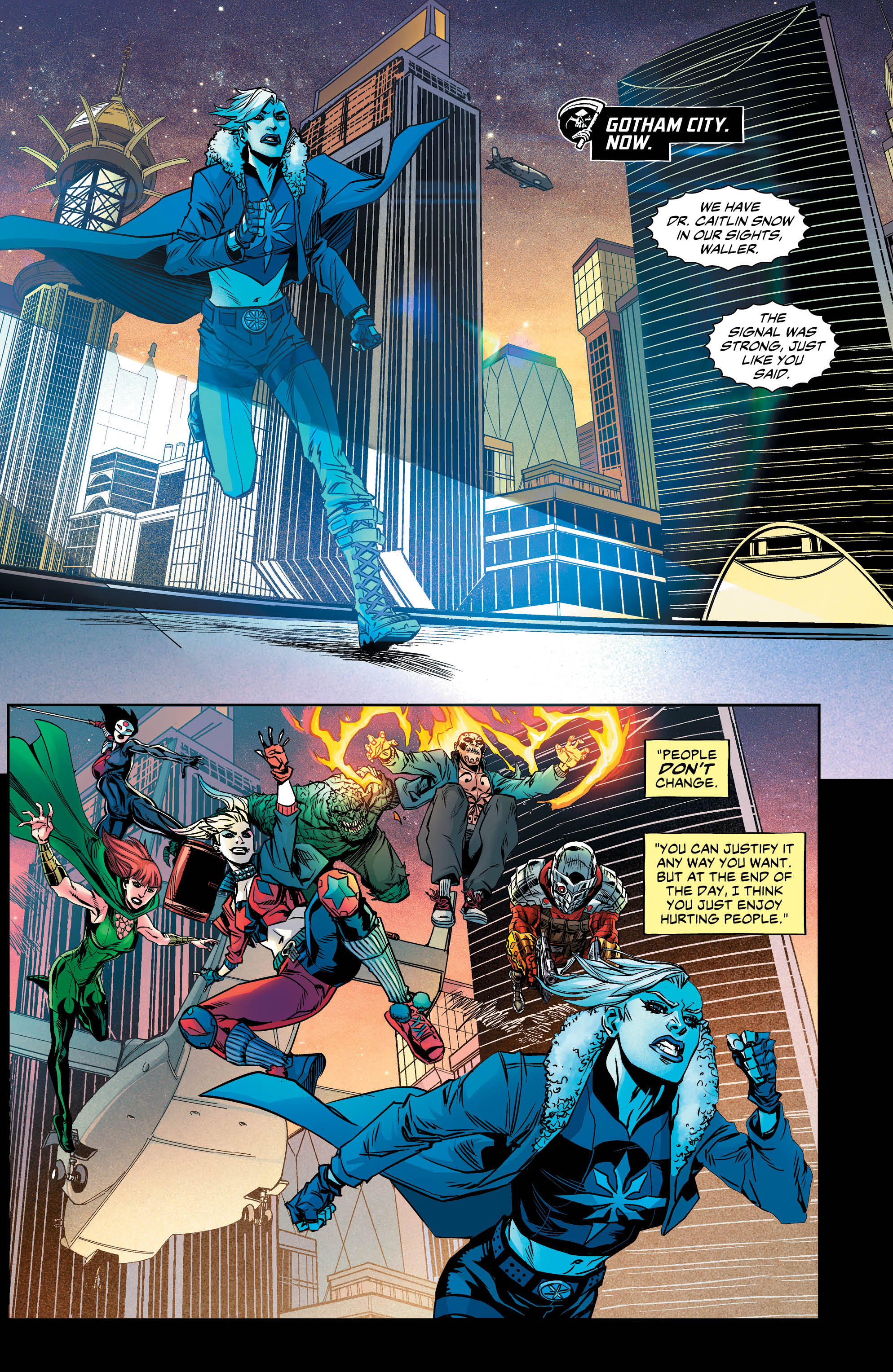 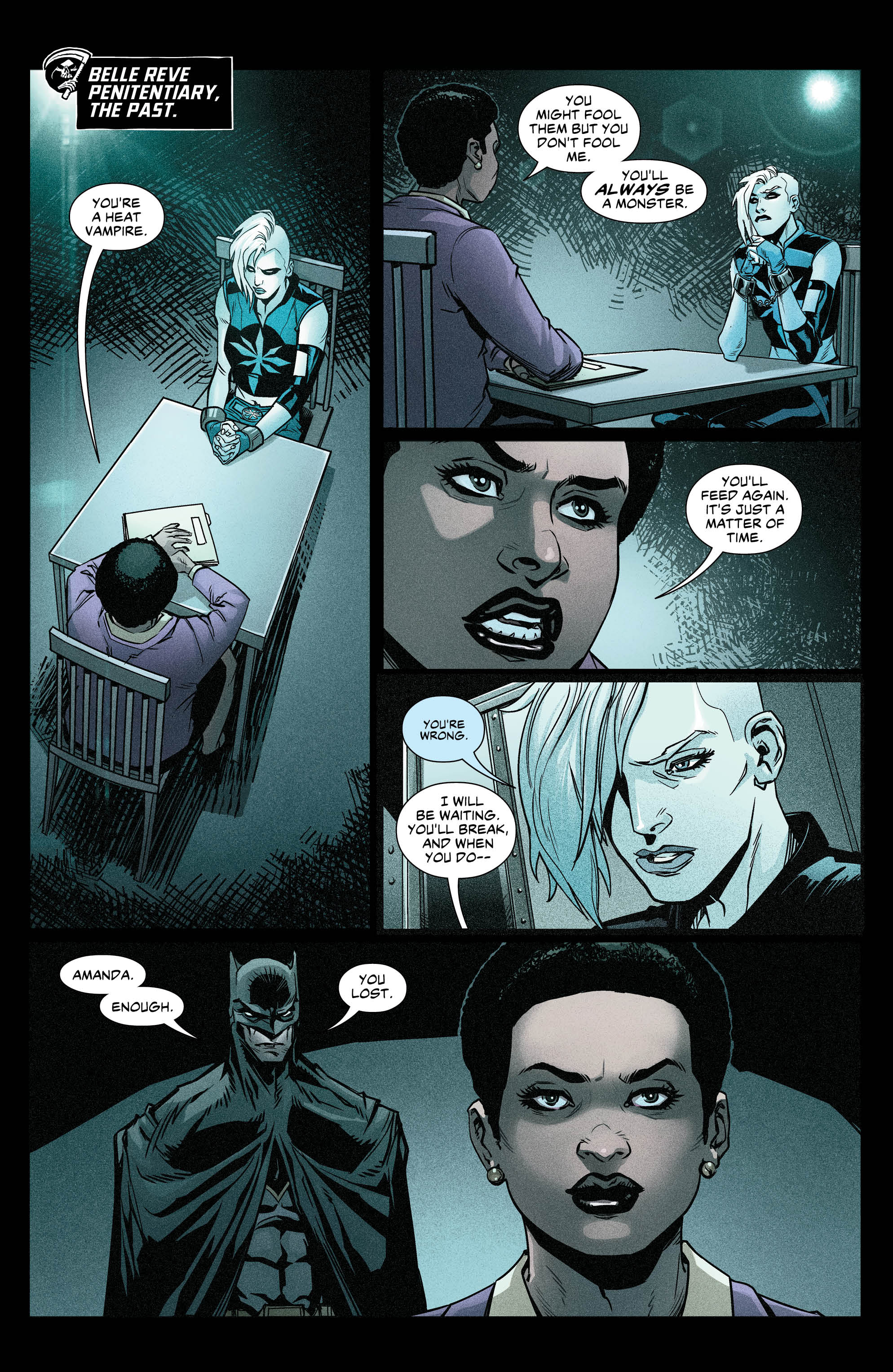 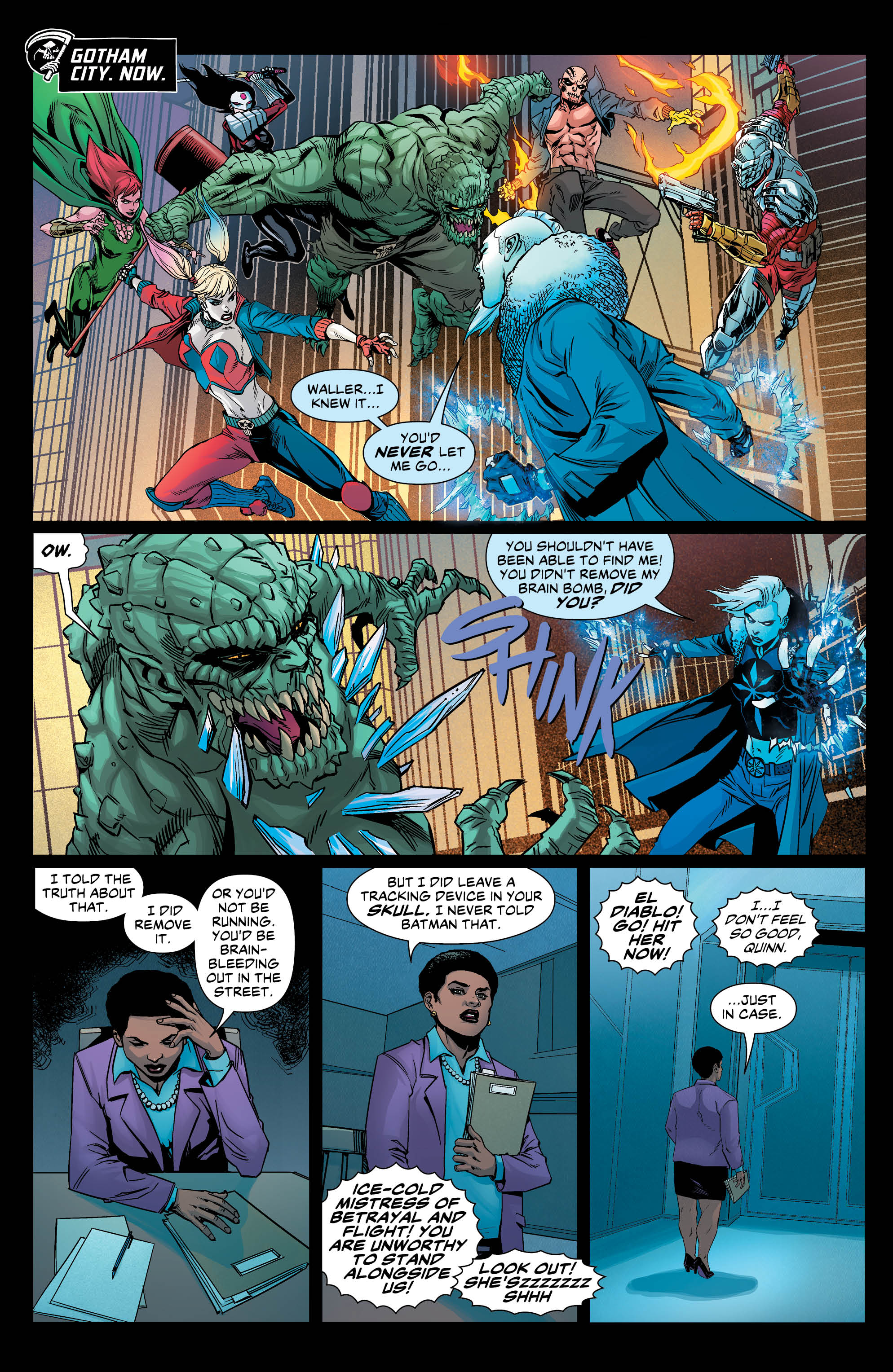 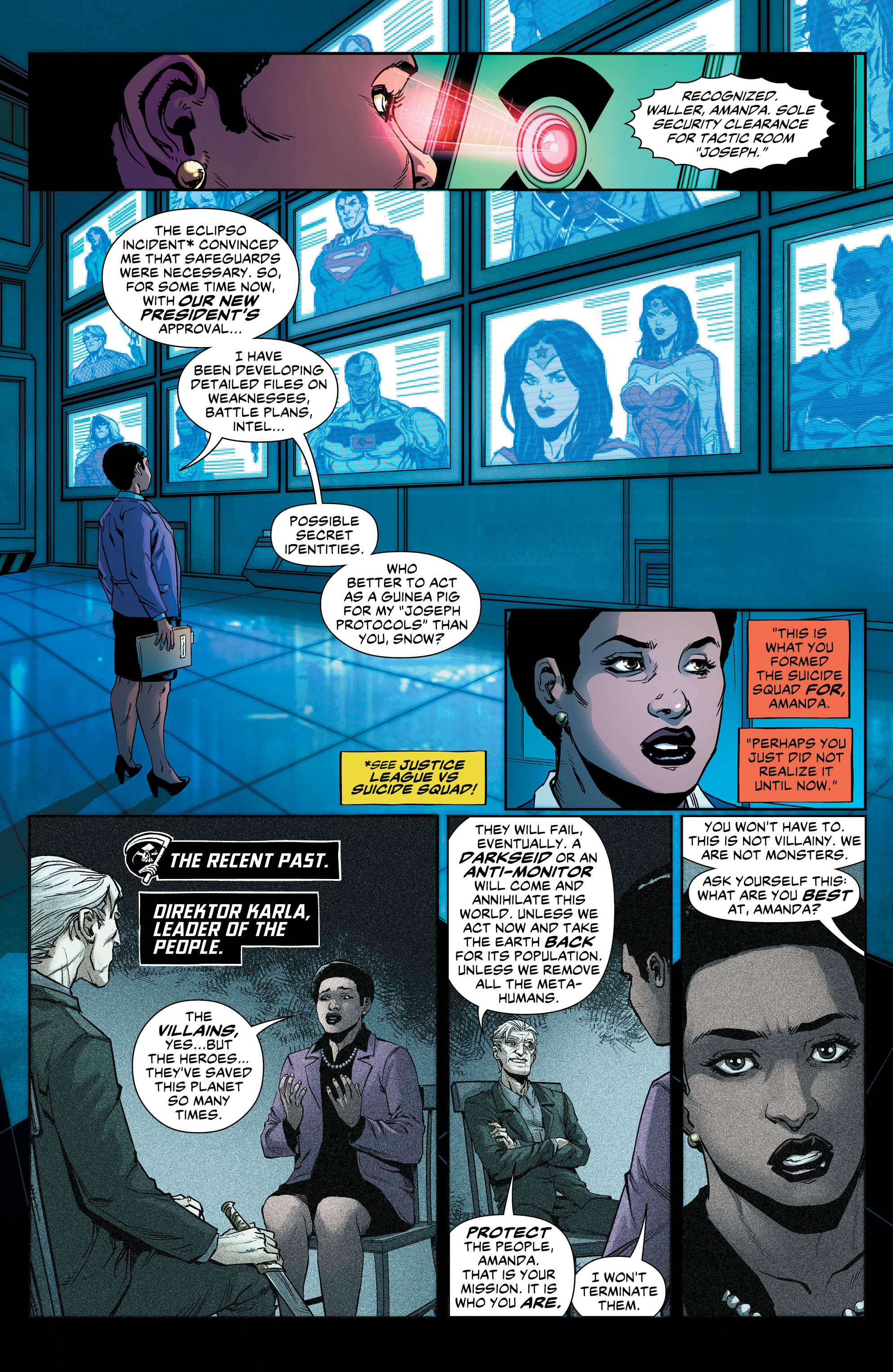 The Most Dangerous Man On Earth

What I love most about Batman is his mind. On paper a non-super powered human should be no match for a team of metas. As soon as the squad engage Batman and Frost, The World’s Greatest Detective’s mind is on overdrive. The method Rob Williams uses for Batman to even the odds in tackling the squad is pure genius. It’s a solution so elegant in its simplicity, that I can’t believe I’ve never seen it employed before. This is Batman.

The art by Gus Vazquez and Adriano Lucas this issue is atmospheric and cinematic. The lighting in the flashbacks is moody and nightmarish; reminiscent of pulp noir, and action thrillers. The use of closeups and irregular angles heighten the tension and drive the plot forward beautifully.

Yes, this title is clever, but it is also action packed and entertaining. This book can be enjoyed by everyone from 8 to 80 and has plenty to keep every reader happy. I know that “Kill Your Darlings” Part Three is only a middle chapter, but it’s structured to keep interest high and to keep the reader enthralled.

Batman was a presence throughout the entire issue, and his demeanour and wrath on page 21 have me worried for the squad, come issue #24… Hell hath no fury like a Batman scorned!

Anyone who regularly reads Suicide Squad know it’s a consistently excellent read. I have always rated the writing as some of the best around, but have given some issues average scores due to inconsistent artwork. This latest arc is firing on all thrusters. Adding Batman to the mix has not only shown us his strengths, but also highlighted the abilities of certain – sometimes overlooked – members of the squad. Great plot, great script, great art… great issue!