Before I begin this article, I would like to put forward a spoiler warning for Suicide Squad #22, which hit shelves last week. Now that that’s out of the way, let’s begin.

Recently, it was announced that Batman is officially considered a Metahuman, and this no doubt upset and likely confused some long-time fans of the character. Having always been the only non-super-powered (core) member of the Justice League, there was an outcry that the character shouldn’t become a Metahuman. But what does this revelation actually mean? Batman doesn’t suddenly have the power of a bat – he is still just a human in peak physical condition. So then: why the sudden shift in classification?

Readers might remember back in Batman #40 (“Endgame” Part 06) during the Snyder/Capullo run on the New 52, Batman discovered a pool of Dionesium, a chemical compound which the Joker was using to heal himself. Use of this compound is meant to grant the user immortality, or a state or relative immortality, but it was considered dangerous, often turning the users into madmen. Sound familiar? It should. Dionesium is also the main compound found in The Lazarus Pit.

It is also revealed slightly earlier in Batman #38 (“Endgame” Part 04) that The Court of Owls used this compound as the basis of their Electrum – what they use to bring their Talons back to life – and that none other than Vandal Savage once encountered Dionesium “in its rawest form.” This chemical is revealed to have healed Bruce and brought him back to life in Batman #43 (“Superheavy” Part 03), as seen below. 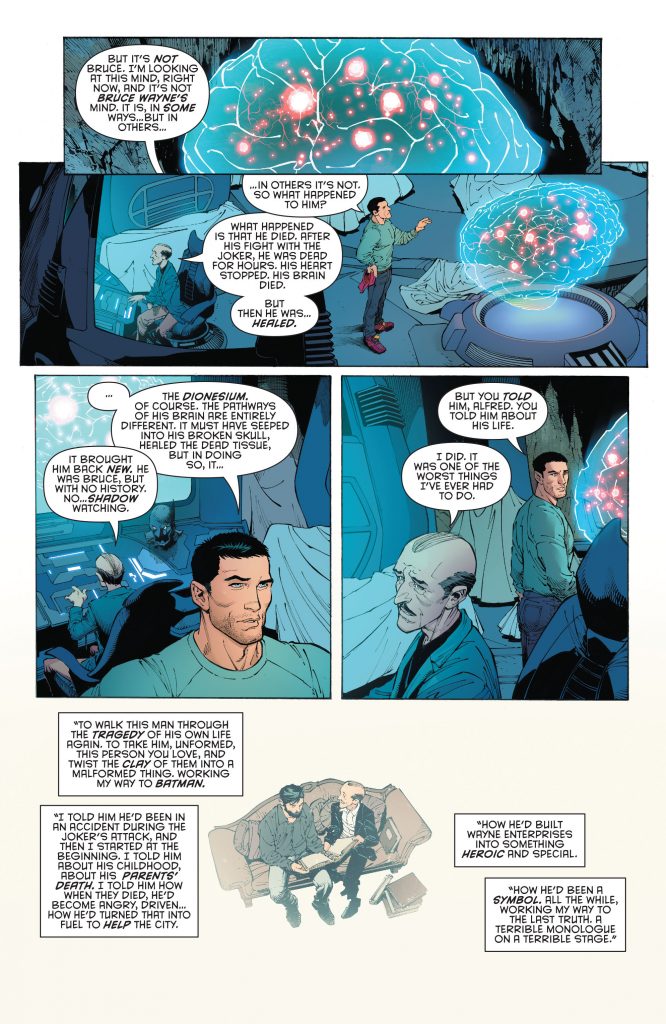 …when you were revived by the Dionesium, your body was fully healed. All of the years of scarring…they’re gone. You’re the fastest and strongest Batman since…well, ever. 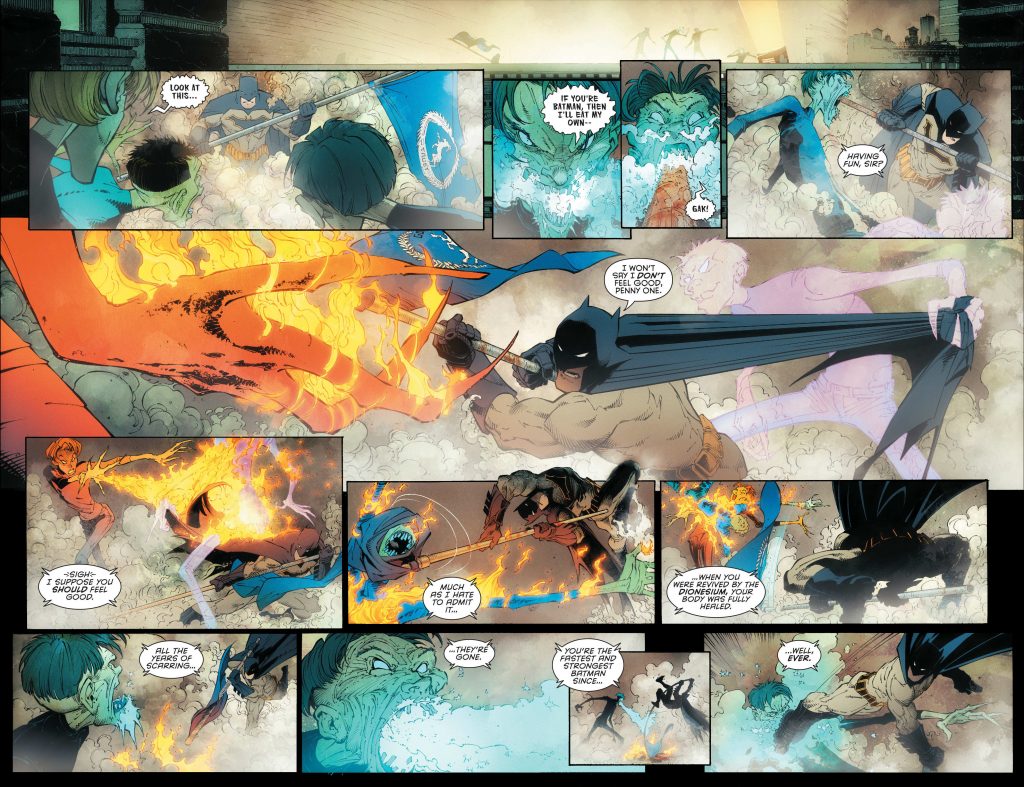 Perhaps, however, most importantly of all: this chemical compound, once it has entered the blood stream, is capable of turning normal beings into metas, and this could explain why the Federal Government believes Batman to be a meta. Despite this, it seems as though the Dionesium hasn’t given Batman any powers, but rather just healed him back to peak physical condition. Perhaps the Government believes Batman is a Metahuman simply because the feats he performs are somewhat super-human anyway? Maybe they don’t really know for sure, but are rather assuming “well, he has to be a meta obviously!” But don’t take my word for that, read on for some solid answers from people who know their stuff about Batman!

Obviously, a statement such as “Batman is now a Metahuman” is one that sparked a lot of discussion amongst fans, but also amongst creatives too. Scott Snyder (New 52 Batman, All-Star Batman) took to Twitter to share his thoughts on this reveal.

Not to speak for Suicide Squad, but Batman is not meta. He gets powers for stories (like Darkseid War), but he's never been meta in nature https://t.co/ShLiLnSbRQ

he is meta in his awesomeness, but that's a different matter https://t.co/Ynfc51WR4l

Suicide Squad writer Rob Williams – the man responsible for sparking this intense debate – has also come out and tweeted on the issue:

People reading too much into this. Waller/The People's goal in the current storyline is to lock away all superhumans, Batman included… https://t.co/y8lo2kpK6q

Whether Batman has powers or not doesn't matter to her/them. Given his actions and how he runs with the Justice League, he's a target.

As seen above, it’s very clear that Rob Williams wasn’t trying to change anything about Batman. He didn’t give him powers, or spoil the ending to Dark Nights: Metal. Away from that, the lengthy explanation/history lesson above is still all correct, so perhaps this issue will arise inside Snyder’s new event, and this could also be why he took to Twitter to defend the statement. Only time will tell. Defining Batman as a meta is more or less a case of personal preference at this point, with him being considered one in the world of the comics, but the creatives behind those comics stating he isn’t. There really isn’t a wrong answer here, so let’s just keep it civilized and enjoy what’s being put out!

We would love to hear your thoughts on the issue! Was this article helpful? Did we get something wrong or miss a vital piece of information? Do you classify Batman as a meta? Let us know with a comment down below!