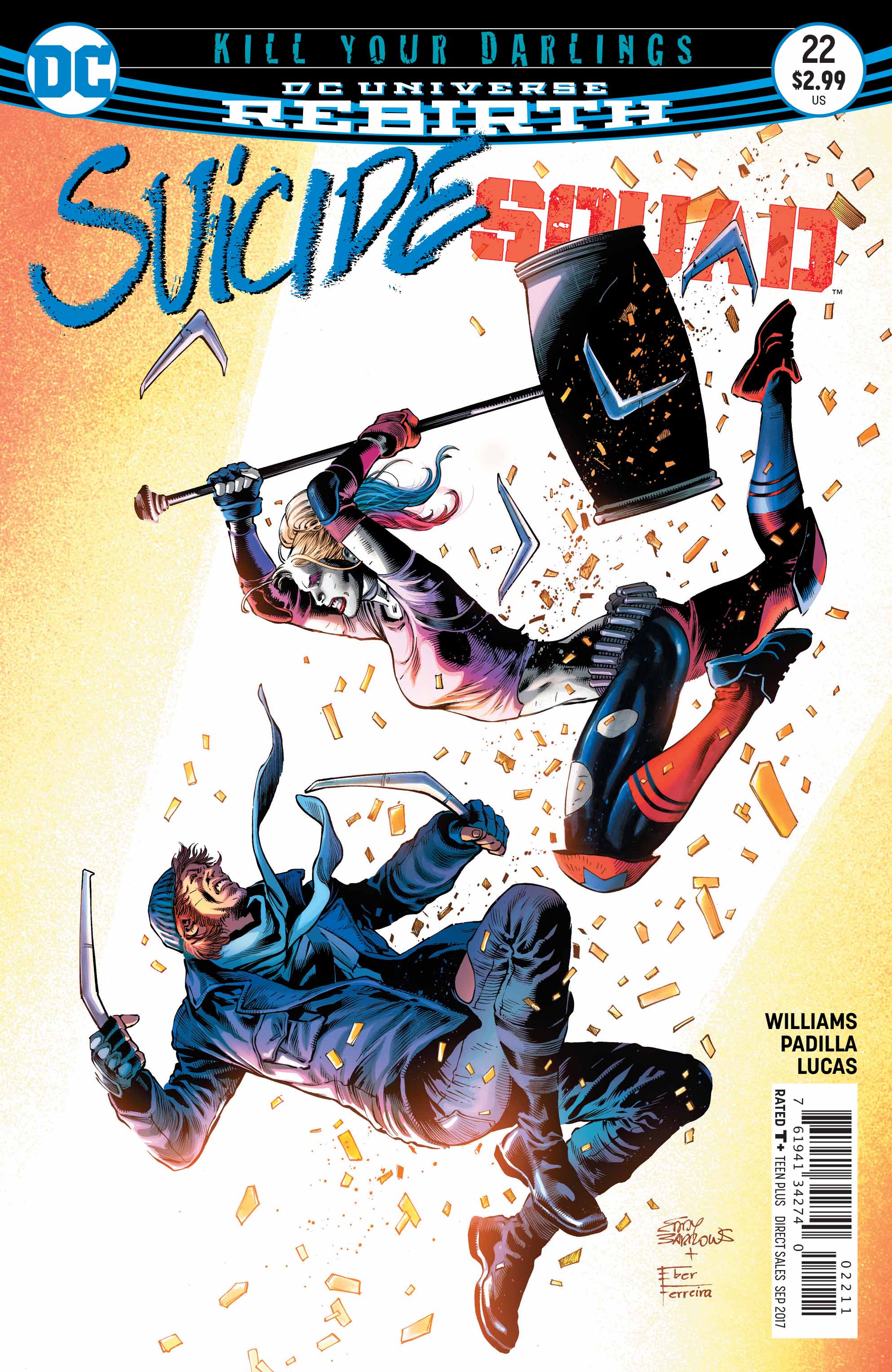 If you’re a regular reader of Rob Williams’ Suicide Squad, then I have no doubt that seeing the cover for issue #22 – “Kill Your Darlings” Part Two – will give you an idea of what’s happening. If you’re not (shame on you, where have you been for the last 44 weeks?) the image of Harley attacking Captain Boomerang will surely lure you in.

Writer Rob Williams is driving this juggernaut along. He’s been teasing us with tidbits of information, revealing the answers for long standing questions, whilst still sowing seeds that may not bear fruit for months to come. Masterful storytelling.

When we last saw Amanda Waller, she had been captured by Direktor Karla. Finally she was face to face with the man behind “The People”, the organisation that has been a thorn in the side of the Suicide Squad for months. With this meeting his intentions are finally made clear, and the goal of “The People” is, at last, divulged. Things are going to get very interesting. 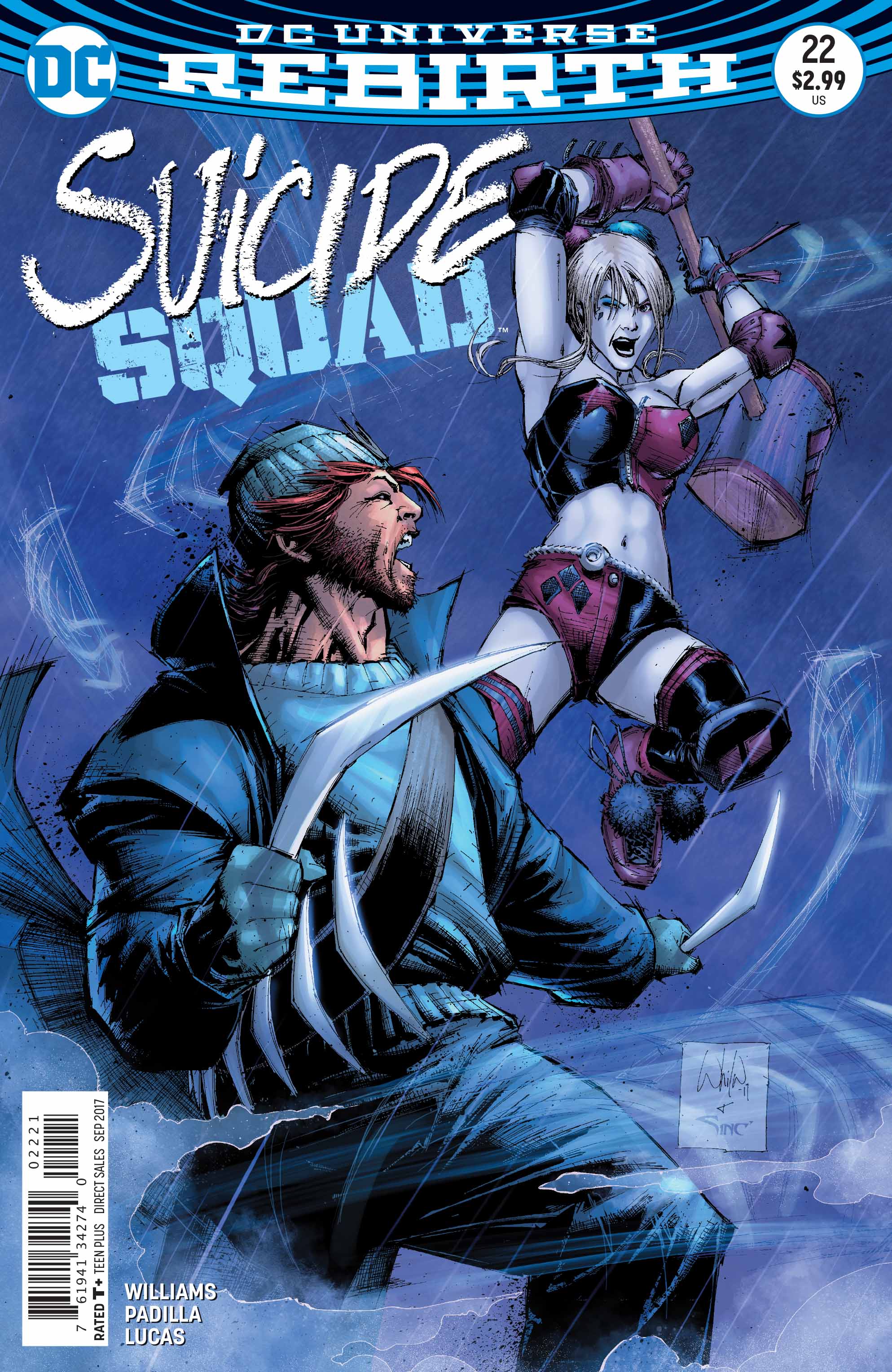 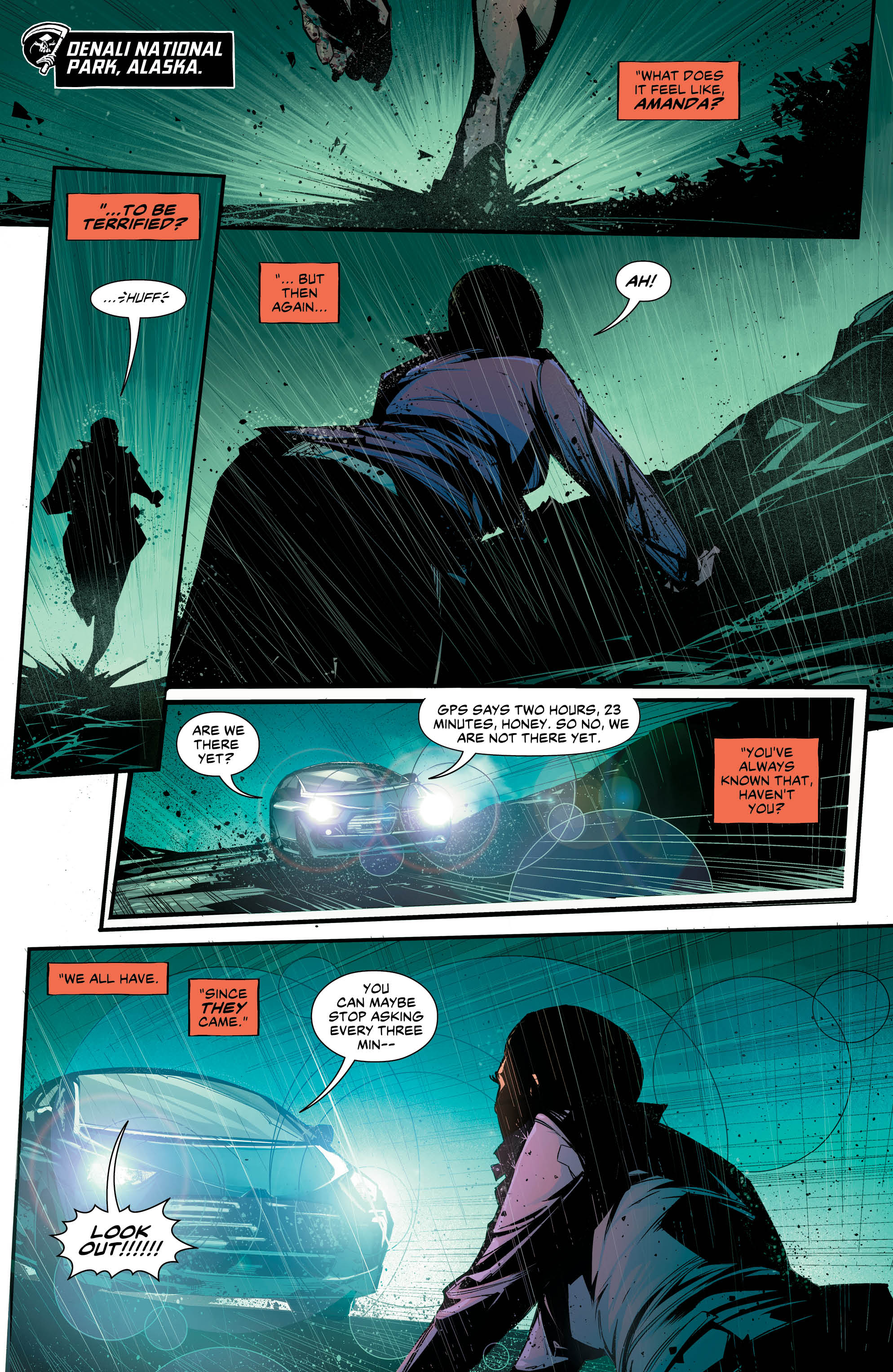 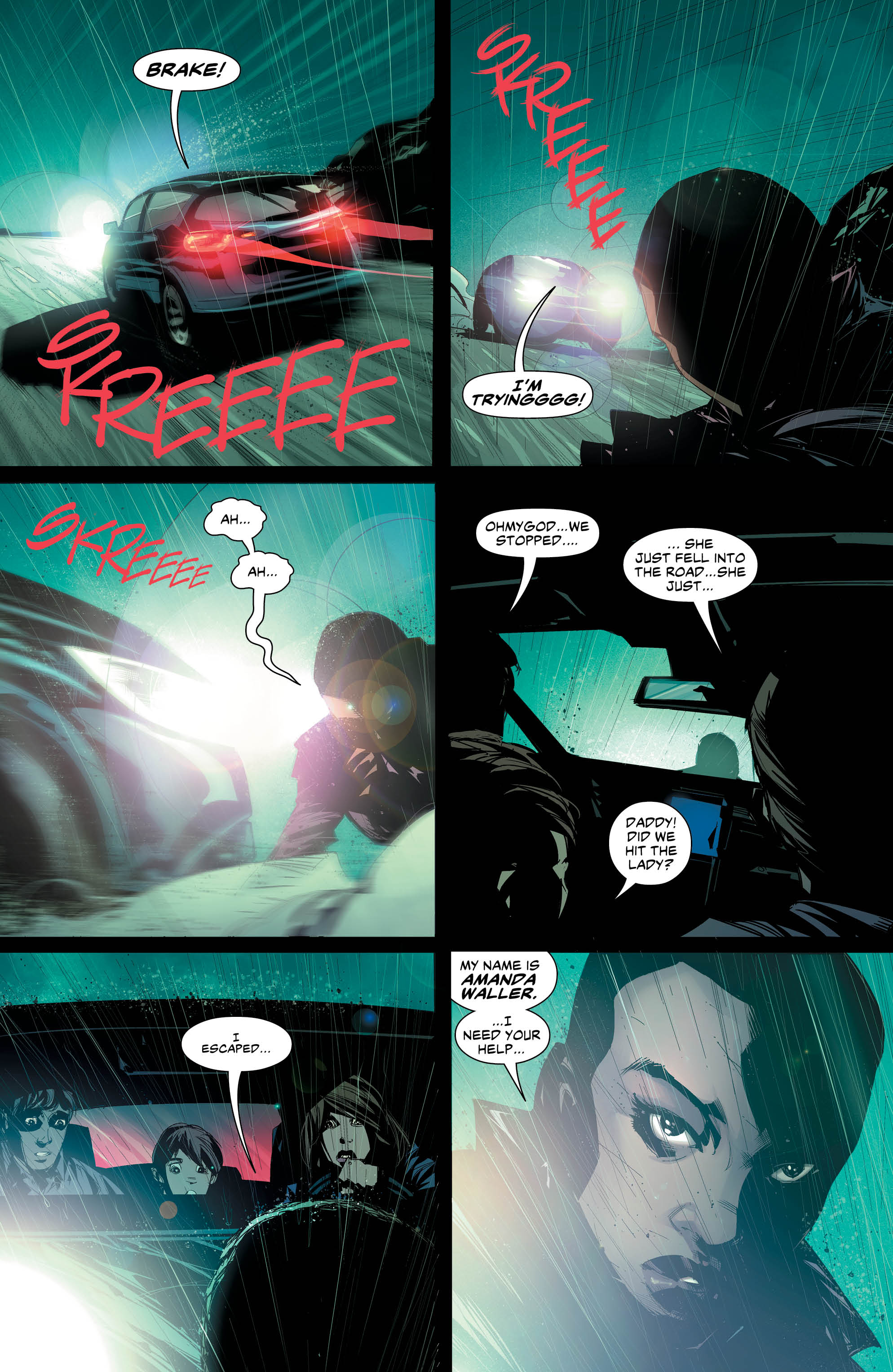 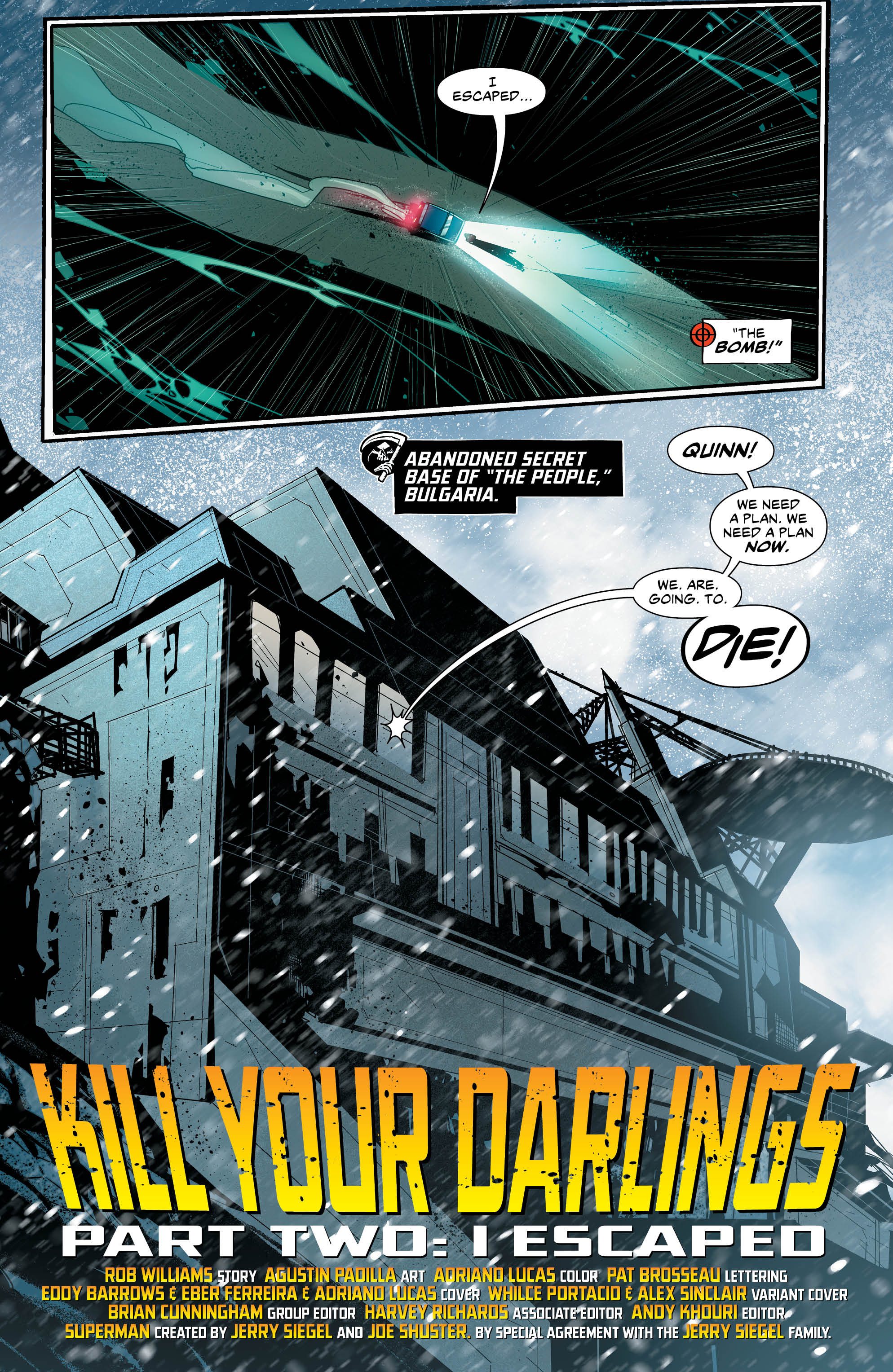 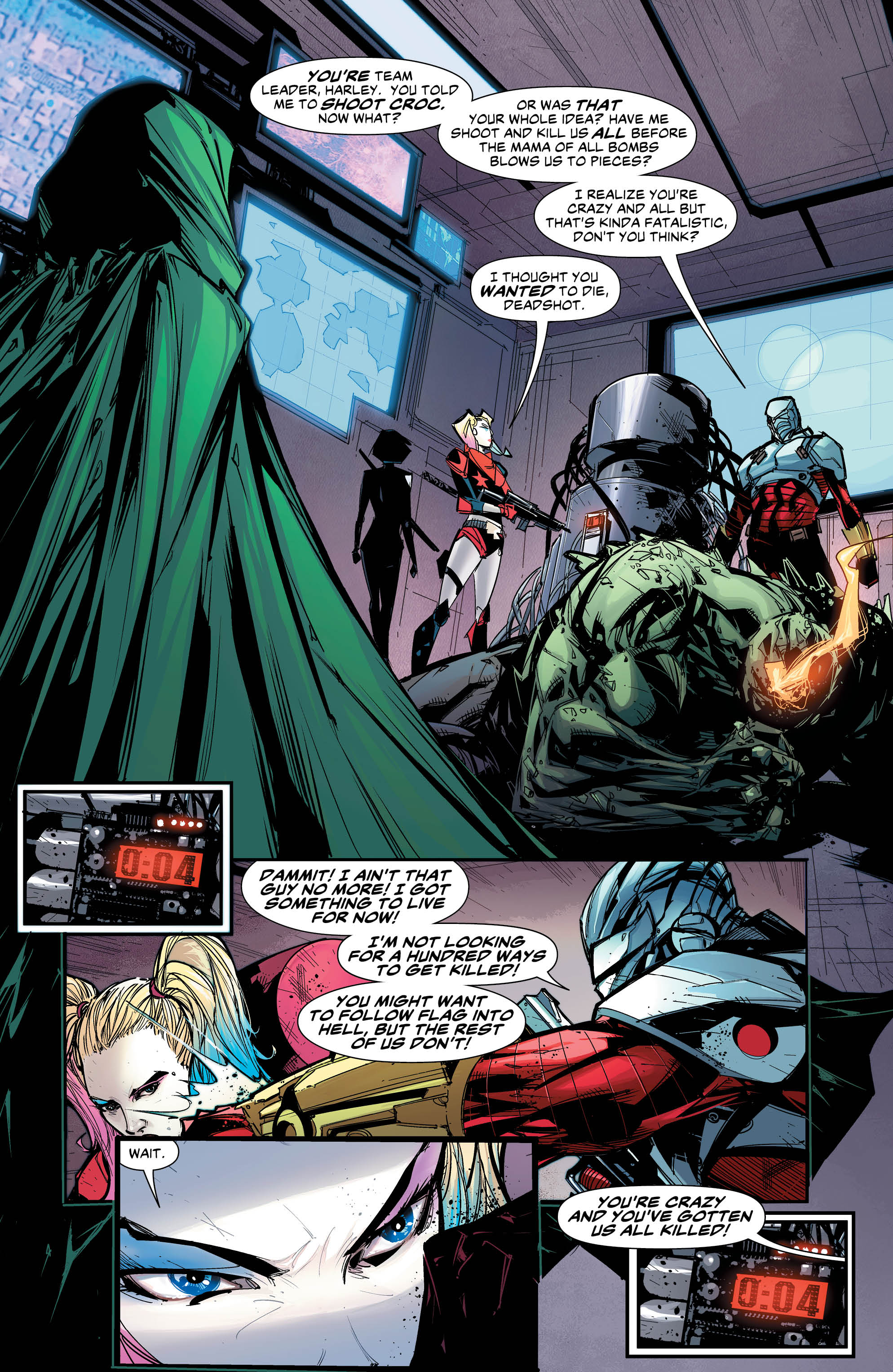 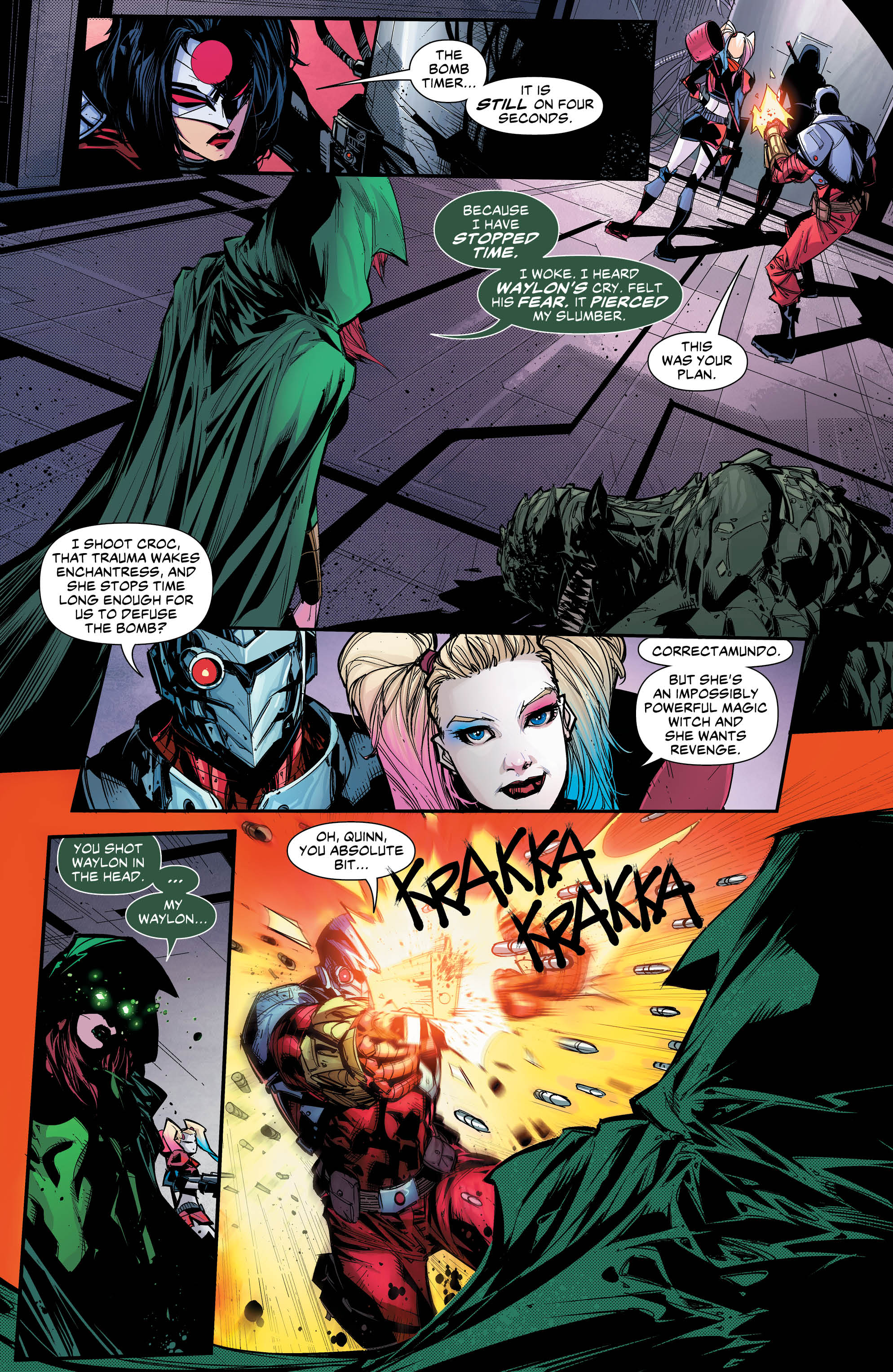 Power To The People

I’m not familiar with either Agustin Padilla or Adriano Lucas, but on the strength of this issue, I’d like to be. If this is their comics debut, then color me impressed. The art is very stylized, yet refreshing and original. The two artists work together well. Lucas’ colors enhance Padilla’s detailed and kinetic art beautifully. The opening pages, with Amanda Waller crawling into the road, a car hurtling toward her, her fear captured in the glowing headlights is excellently captured. It feels like night, the car looks like it could really hit her, and the tension created is perfect.

Everyone who reads my reviews knows that I’m a huge fan of Rob Williams’ writing… nothing’s changed. In a few short pages he’s created a family I care about and made me give a damn about Waller. This is a character that terrifies and intrigues me, in turn. I have never sympathized with her… until now. Nicely done.

Harley is every bit the leader that Waller intended her to be, in all the darkest ways possible. The next mission has been set. The Squad has learned the identity of Hack’s murderer, and are united. I’m always excited for new comics, but when I’m teased with guest appearances from Killer Frost and Batman himself… then call me fanboy #1!