With the recent passing of Batman actor Adam West, we should take a moment to look back his celebrated life. One such anecdote passed by the offices of Dark Knight News of the time West played a magnificent bat-prank on a local phone book.

Long after Batman left the air, West and his wife retired to their ranch in Ketchum, Idaho. However, if fans tried looking West up in the Ketchum phone book, then they were in for a hilarious easter egg.

Follow along the trail of bread crumbs if you dare. If you look up Adam West in the phone’s directory, instead of a phone number, the message reads: “See Wayne, Bruce (Millionaire)”.

But, if you go the the Bruce Wayne listing, another message will direct you to: “Please consult Crime Fighters in the Yellow Pages”.

However, if you go to the Crime Fighters section, it will say: “See Batman- White Pages”. 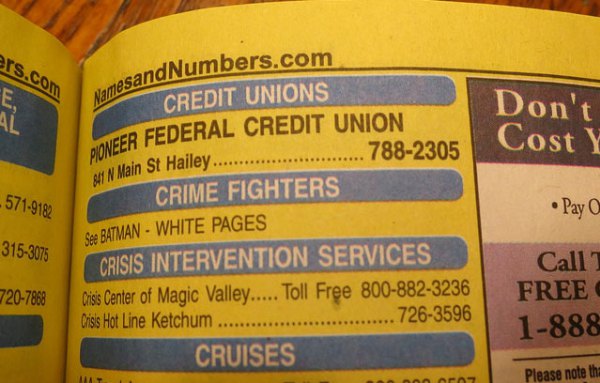 Finally, if you go to the Batman listing, there will be a message that leads back to the original Adam West listing.