One of the most exciting moments of this Supanova was the day that I heard Nolan North get announced as a guest. Not only is this his first time at the con, but one of his first major appearances in Australia in general – maybe even the first. To say that this was a big deal and it had me excited would be a grave understatement. Naturally, I knew I had to attend his panel. Due to timing, I wasn’t able to get photos or autographs, but quite honestly spending an hour with him each day in a Q&A format was more than enough. Just as a note: this recap is going to cover both panels from Saturday and Sunday, with jokes and quotes thrown in from each. 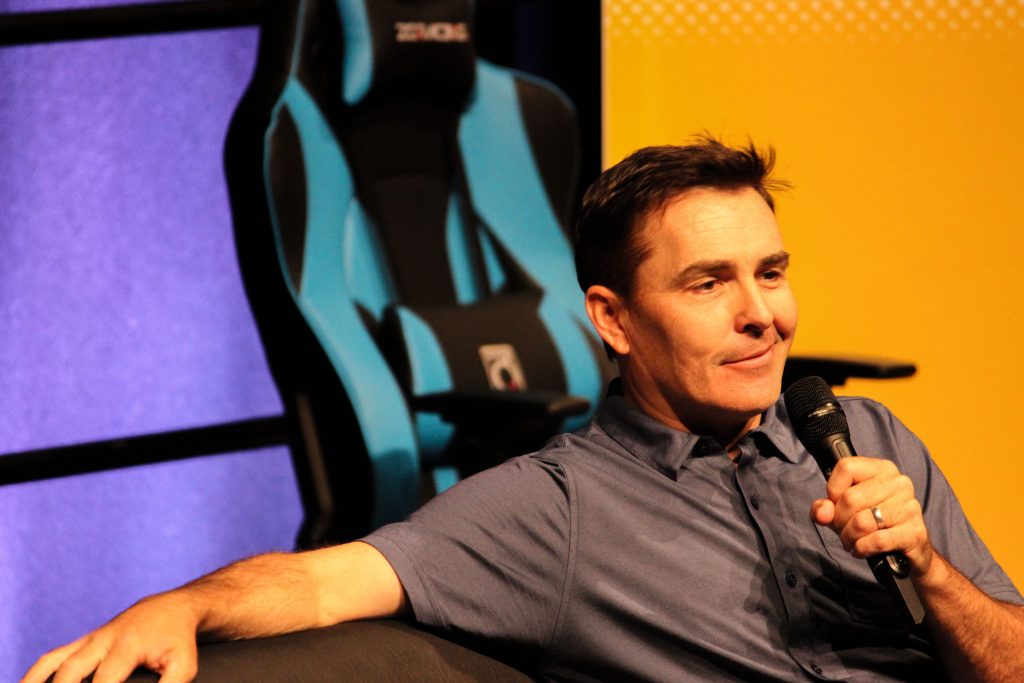 The first thing we saw Nolan do as he walked out on stage was pose along the couch like that one Deadpool promotional poster. Immediately I knew this was going to be good. Without hesitation, some brave fan in the front row asked Nolan point blank: when was Young Justice Season 3 happening? I knew this would come up, but to be the first question – you gotta admire the boy’s courage! Naturally, Nolan stated he couldn’t talk on it too much, but then said something that had everyone scrambling:

“We have not started recording. I think we start in May when I get back. It’s happening. I’m very excited.”

This is certainly an interesting development, especially considering the fact that I myself wrote an article not two weeks ago, wherein Khary Payton (Aqualad) confirmed that recording had begun. Nolan talked about his relationship with Khary quite a lot and stated that he hadn’t seen him for a little while due to him being “King Dreadlocks” on The Walking Dead. So this may be a misdirect on the part of North, but it could also be the outright truth. No matter what thought, recording is going to start up within the next two weeks and nothing got me more excited than that!

Continuing to talk about Young Justice for a short period of time after dropping this revelation, Nolan thanked everyone in the room – very genuinely, I might add – stating that the show is only coming back because of the huge fan support. Comparing the show to Firefly, he stated: “I can’t believe fans couldn’t get Firefly back but you got Young Justice!”

Most of the panel consisted of Nolan being asked questions about his various other voice roles, but mostly Nathan Drake from the Uncharted series. Giving us some demonstrations of what he had to do in the motion capture gear, he swiftly threw out his shoulder and had to sit down for the remainder of the panel. Never have I seen such commitment from any actor! He also spoke on his inspirations for finding voices, stating that he takes a lot of them from real life. For instance, if his waiter at a restaurant has an interesting voice, he said that he is going to be in animation the following week. This got the quite response from fans, with him stating that he wouldn’t be surprised if no one spoke to him for the rest of the day. After this, he presented his (incredible) impressions of Christopher Walken and Sean Connery, as well as a lengthy story about his first illegal drink that he got his hands on with an Australian accent.

Truly, Nolan North was one of the most genuine and entertaining people I’ve ever encountered. The level of connection he had with an insanely crowded room was phenomenal – it felt so personal! Every word out of his mouth gave the audience something to laugh at and I genuinely walked away with tears in my eyes after both panels. On the Sunday, I took my longer camera lens and managed to snap some pretty sweet photos of him (if I do say so myself), and the highlights of these can be checked out in the gallery below. If I could close this with a recommendation, I would say that if you ever get the chance to meet Nolan or hear him speak at a panel, do it. I guarantee you will have the time of your life just as I did! 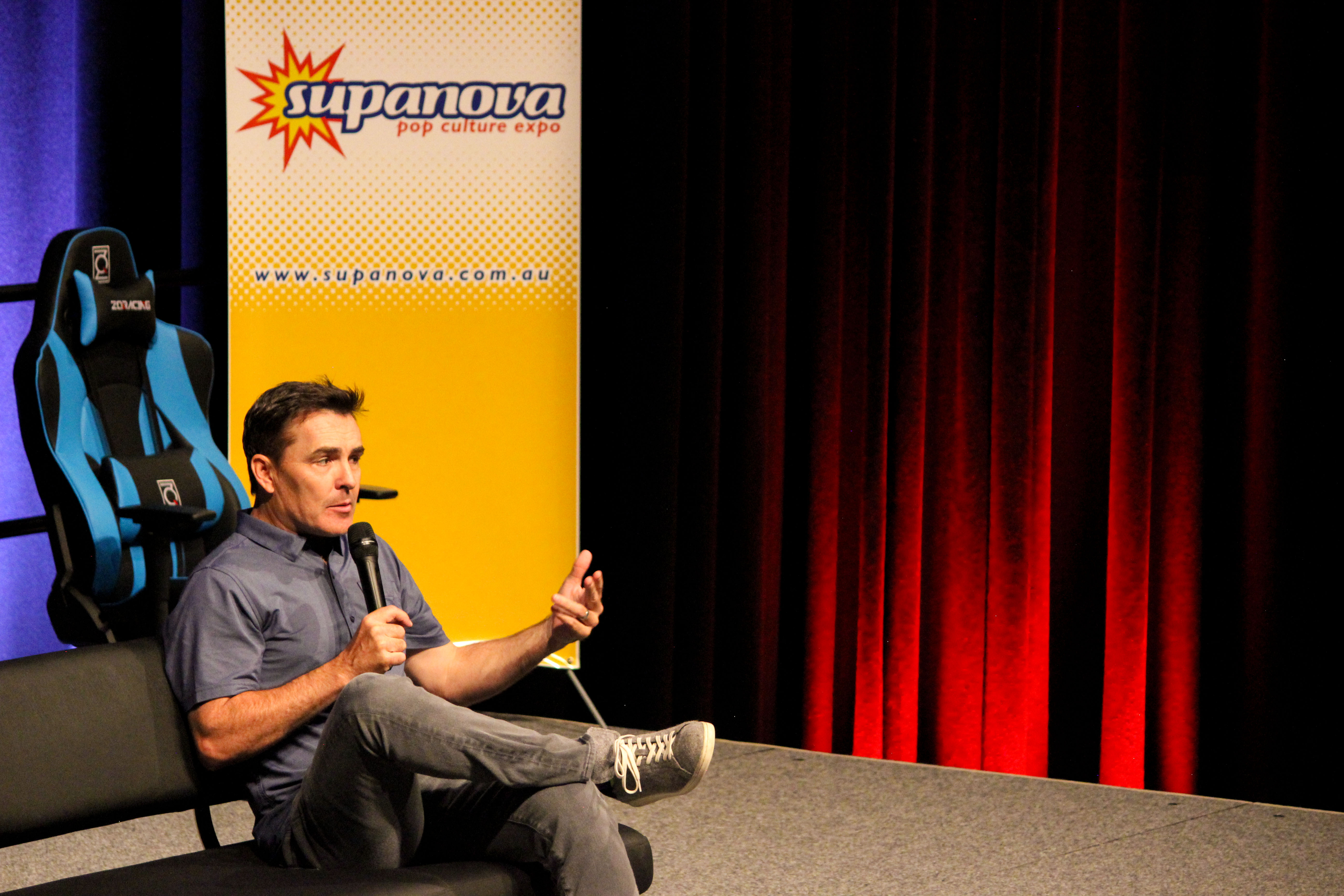 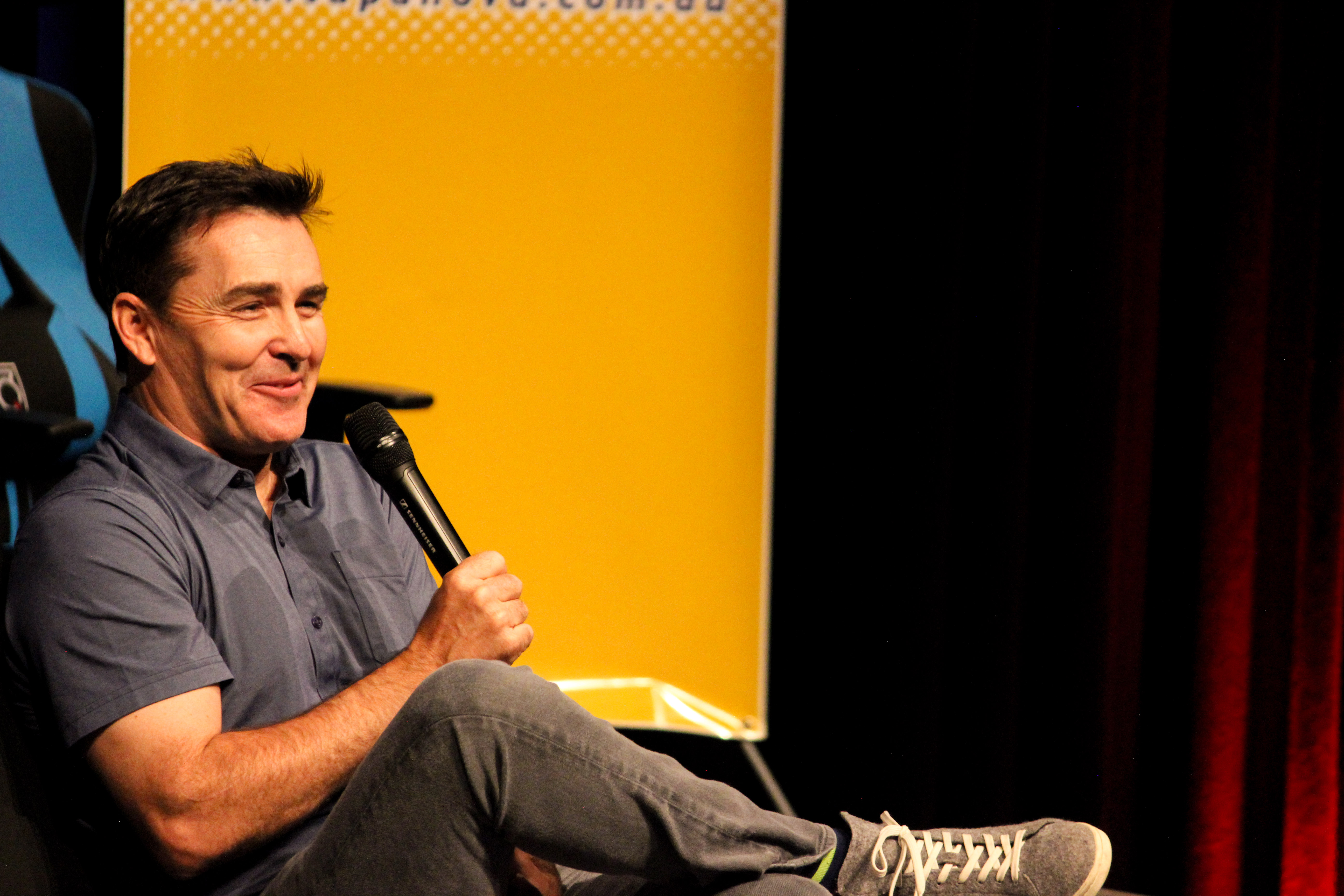 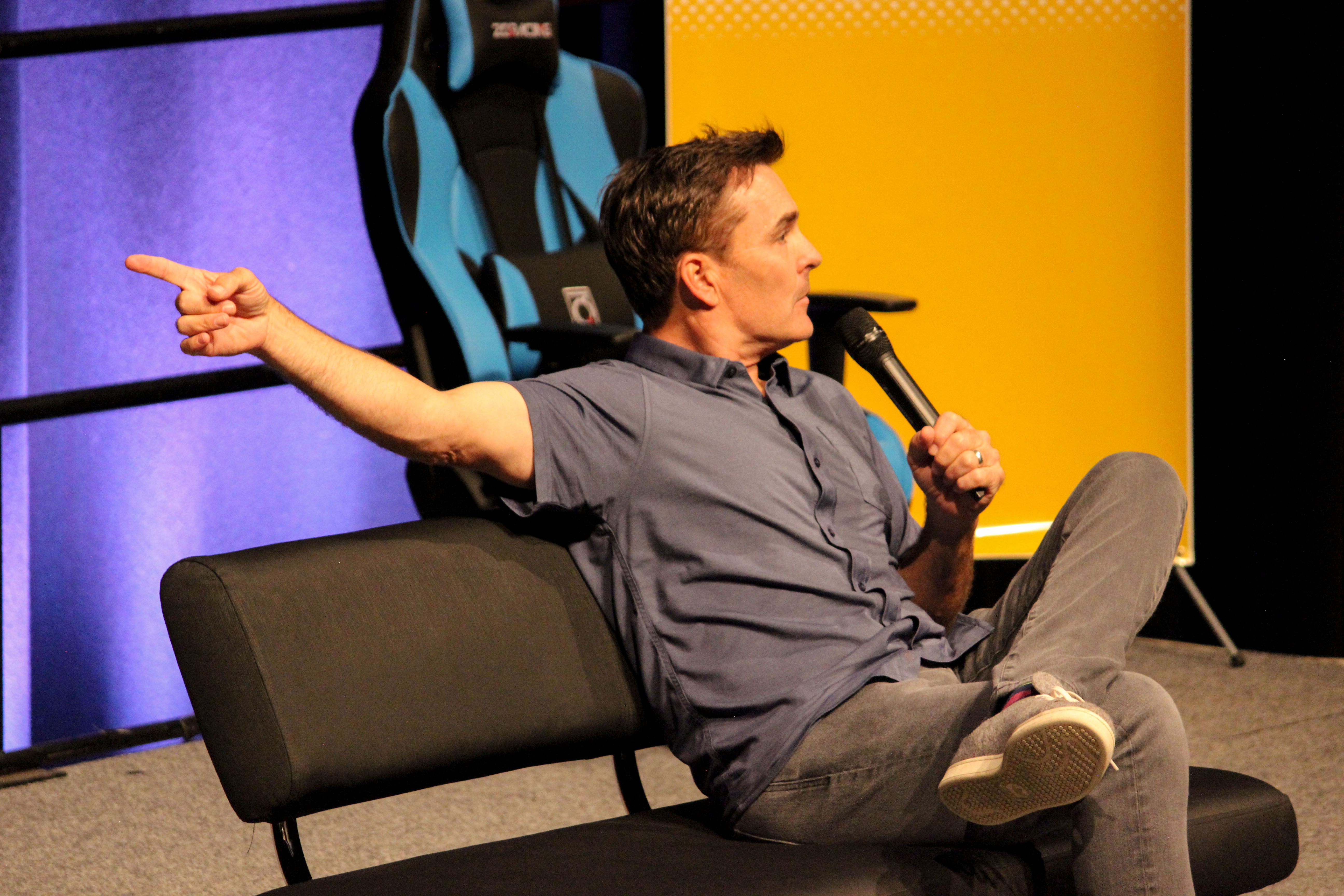 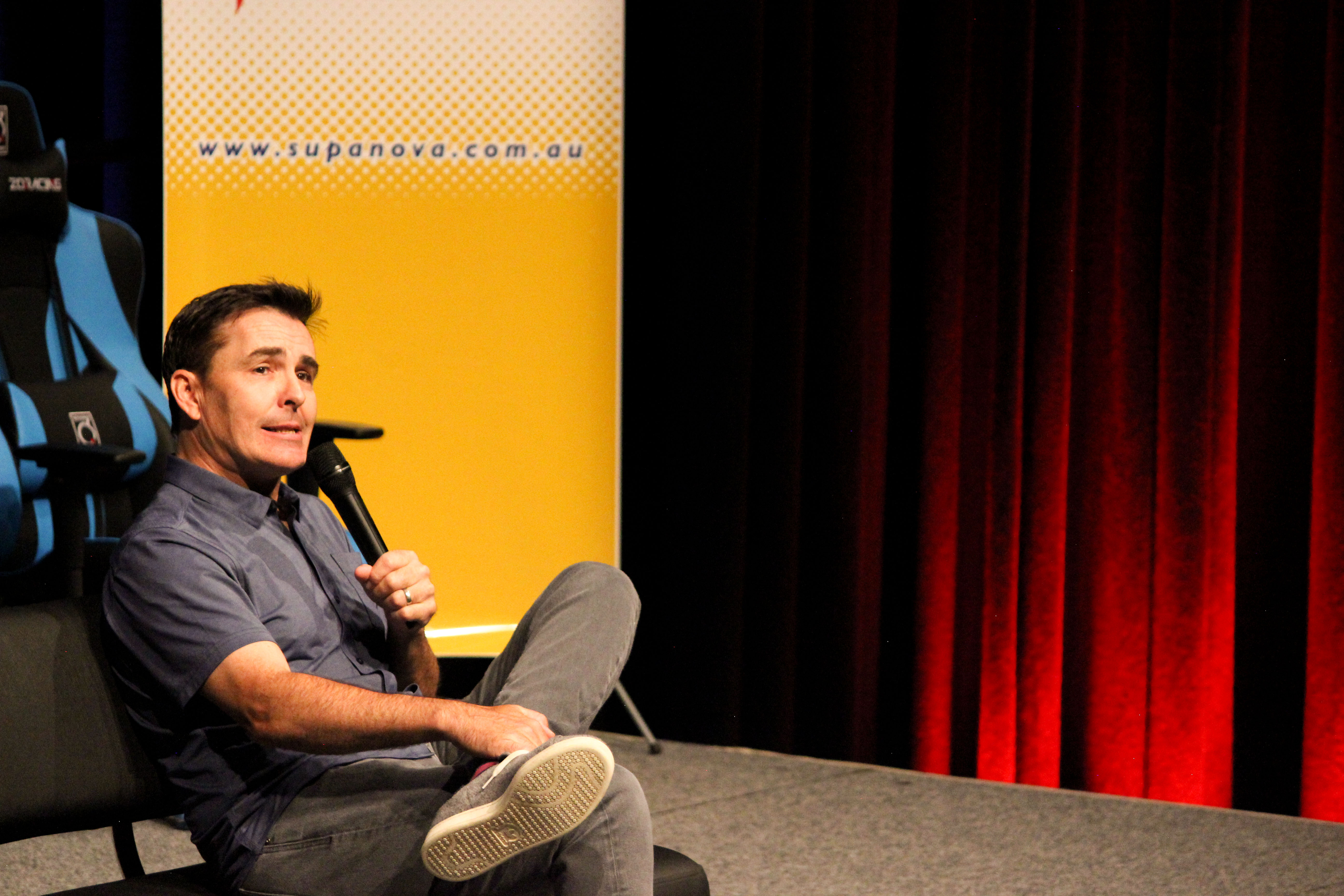 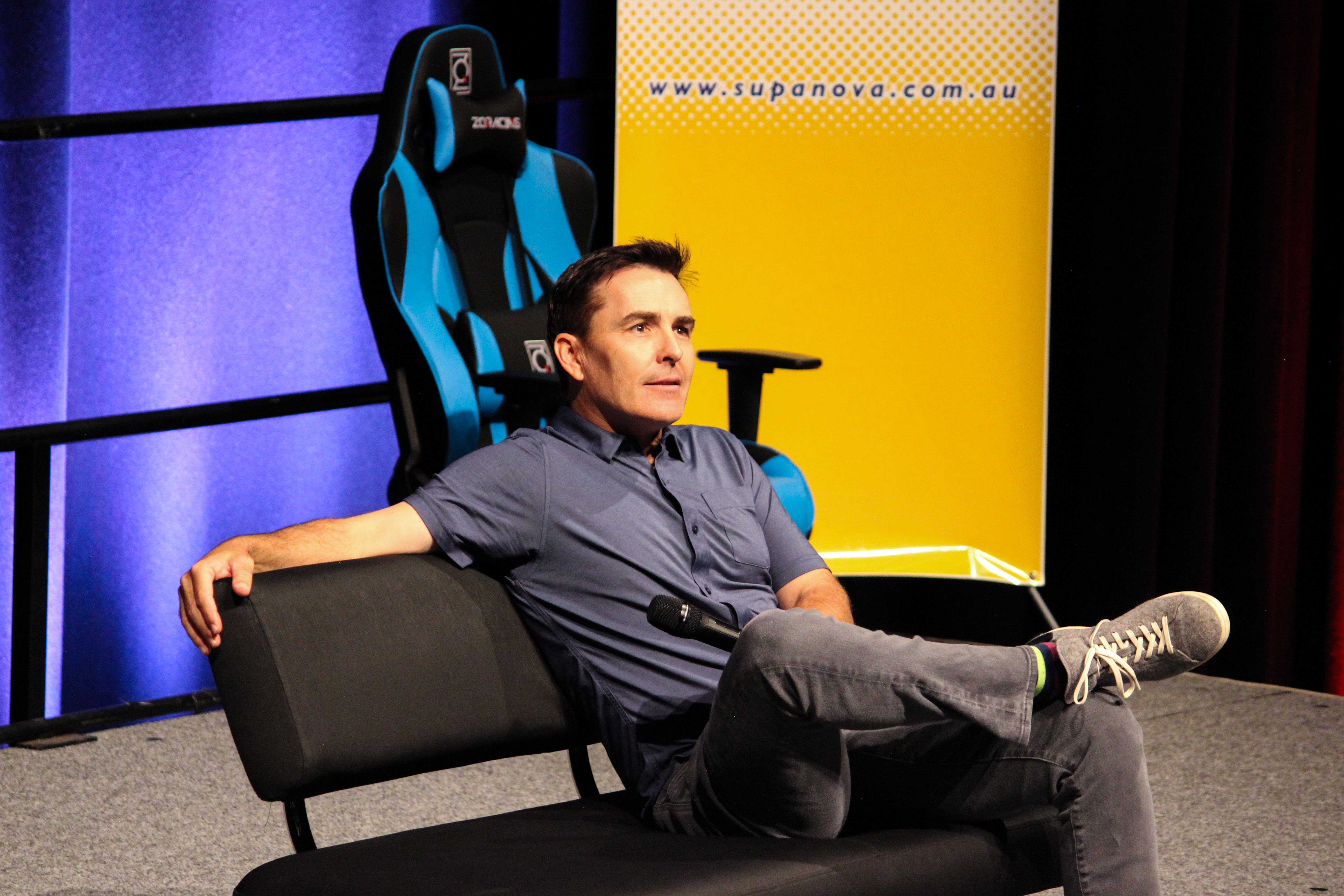 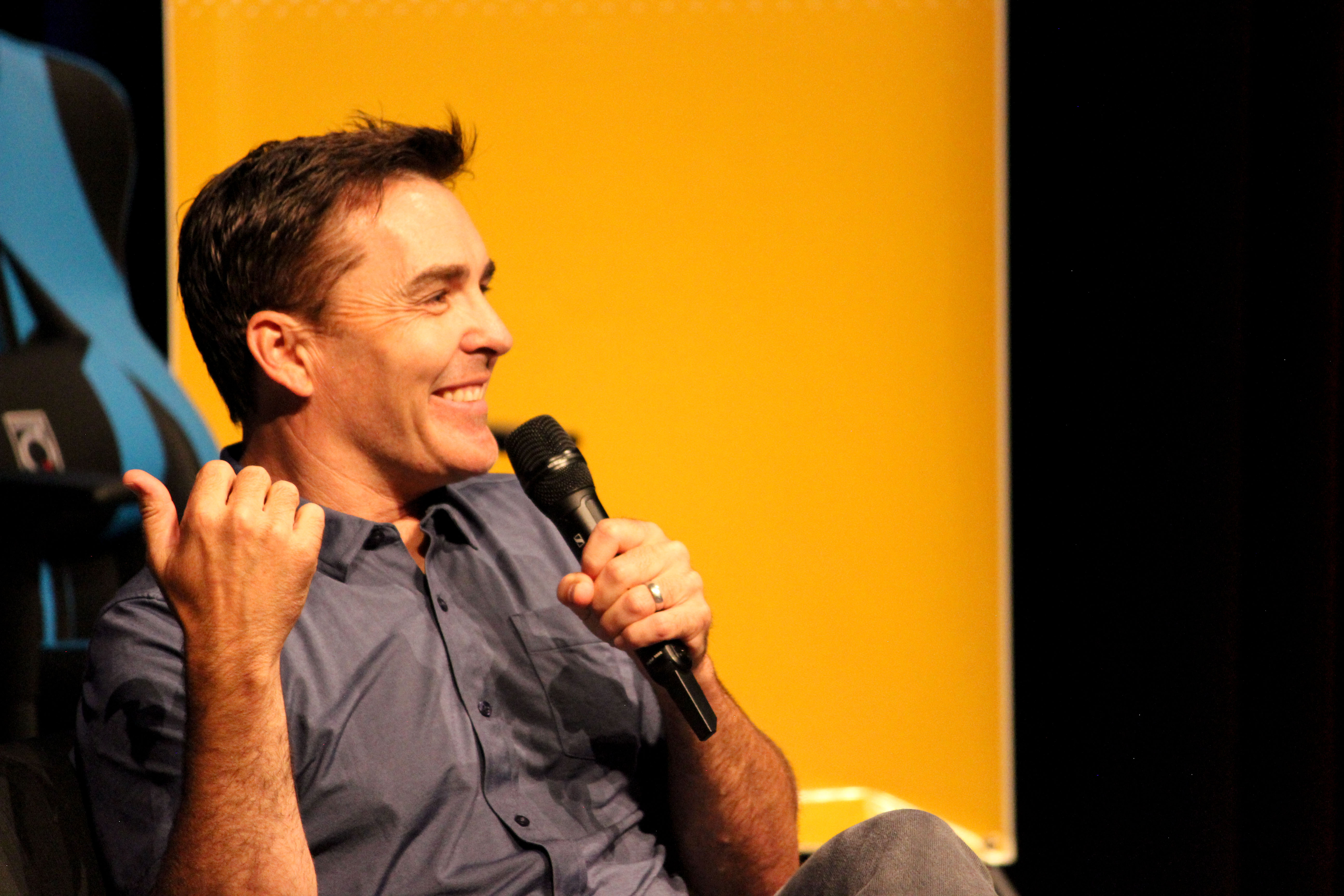 ‘Injustice 2’ Reveals the Return of the Joker