I’m not quite sure what to say about Action Comics right now. It’s still one of the books I most look forward to reading these days because it has a cool premise and all the familiar faces you would expect from a Superman title, but it has been dragging its feet as of late. This week’s issue furthers the story arc a long ever so slightly, yet I wasn’t doing backflips upon concluding my reading experience.

It’s also not helping matters that we have yet another change of artists. That may be a good or bad thing depending on how you are asking, but I rather did enjoy what both Patrick Zircher and Tyler Kirkham brought to the table. Although Stephen Segovia puts forth a valiant effort, they really need someone who is going to stick around. I did like how his Doomsday is bulky and menacing, almost looking like a hybrid of Michael Turner and Ed McGuinness’ work, if such a thing could be imagined. His Lex Luthor is rather aerodynamic and his Superman looks a bit more youthful than he should appear, granted that he is, of course, the Pre-Flashpoint version of the character – but he doesn’t look bad by any means. Aside from a few odd poses, the artwork was pretty solid in this issue.

Seeing how far Lex has come as a character in the past few years continues to be a treat. I wonder if it’s his deep love for the city of Metropolis itself that forces him to step up or if he has truly begun to care for people. Either way, his ego gains a healthy boost while he is paired with “Clark Kent,” making for an interesting dynamic. Well, his ego does suffer at least one bruise when Superwoman steals a save from him, but her very brief cameo is really only there to recommend you pick up Supermwoman #1.

Elsewhere, Superman and Wonder Woman are still fighting with Doomsday. Sure, it makes for some cool shots, but this fight is starting to wear out its welcome. On the positive side, we get to see Superman give Doomsday a Stone Cold Stunner thanks to Clay Mann’s cover art.

Although Action Comics #961 is much of the same, we do get some payoff as Mr. Oz finally makes a move, setting in motion a cliffhanger that hints at what’s to come. With several of Rebirth’s biggest mysteries lingering in this title, it’s time to get on with it and live up to the full potential of what this book can truly be. 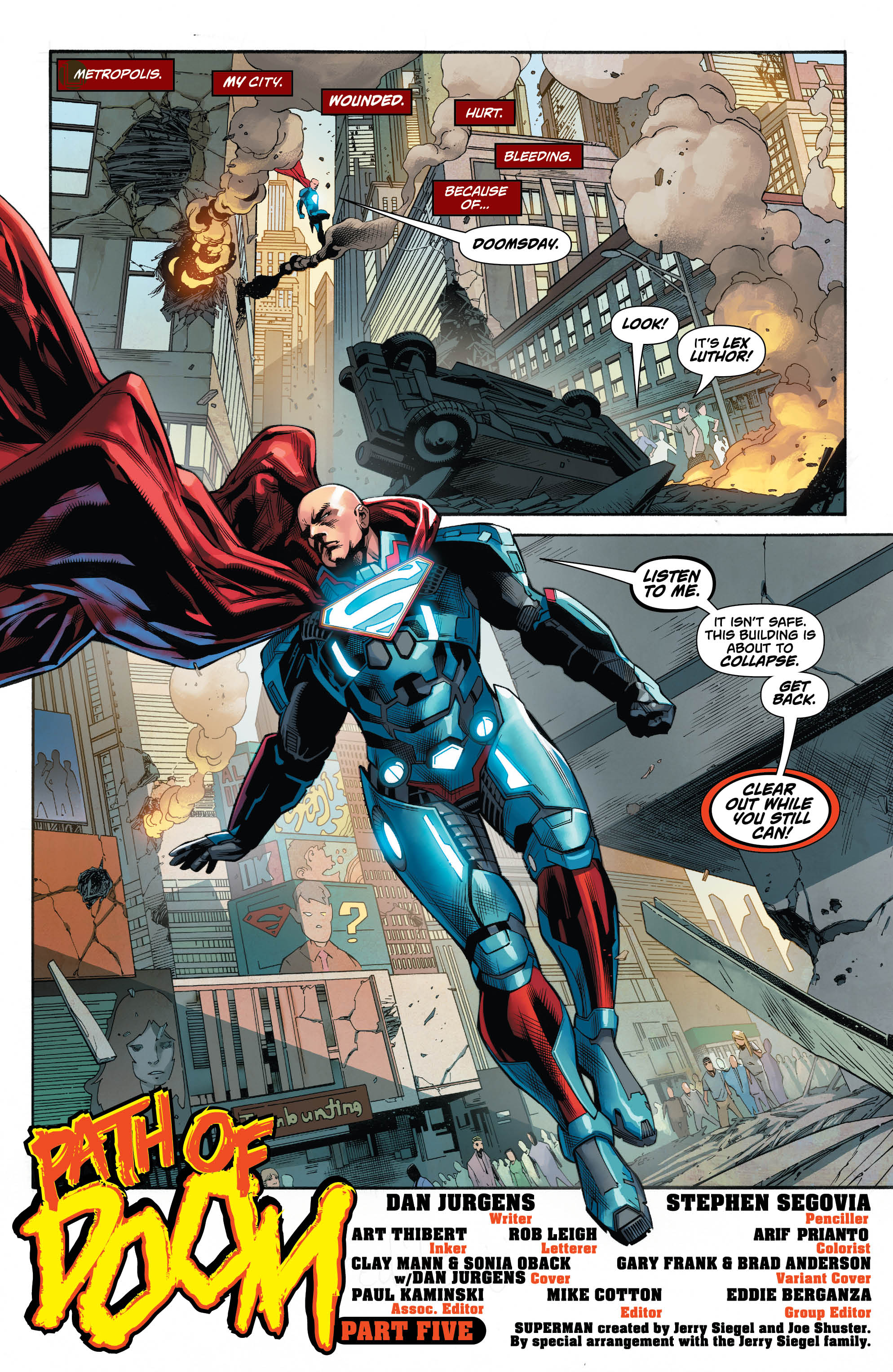 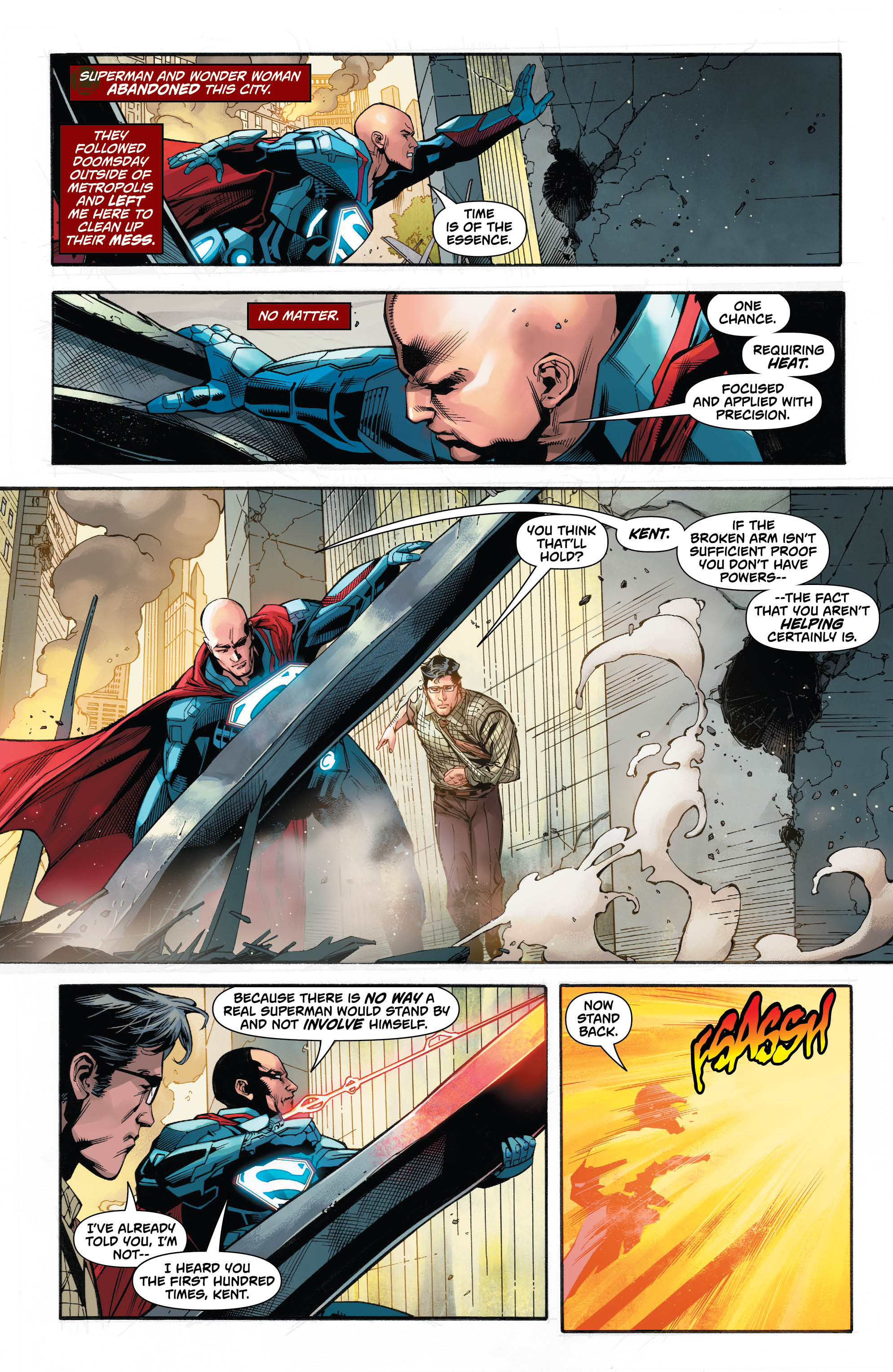 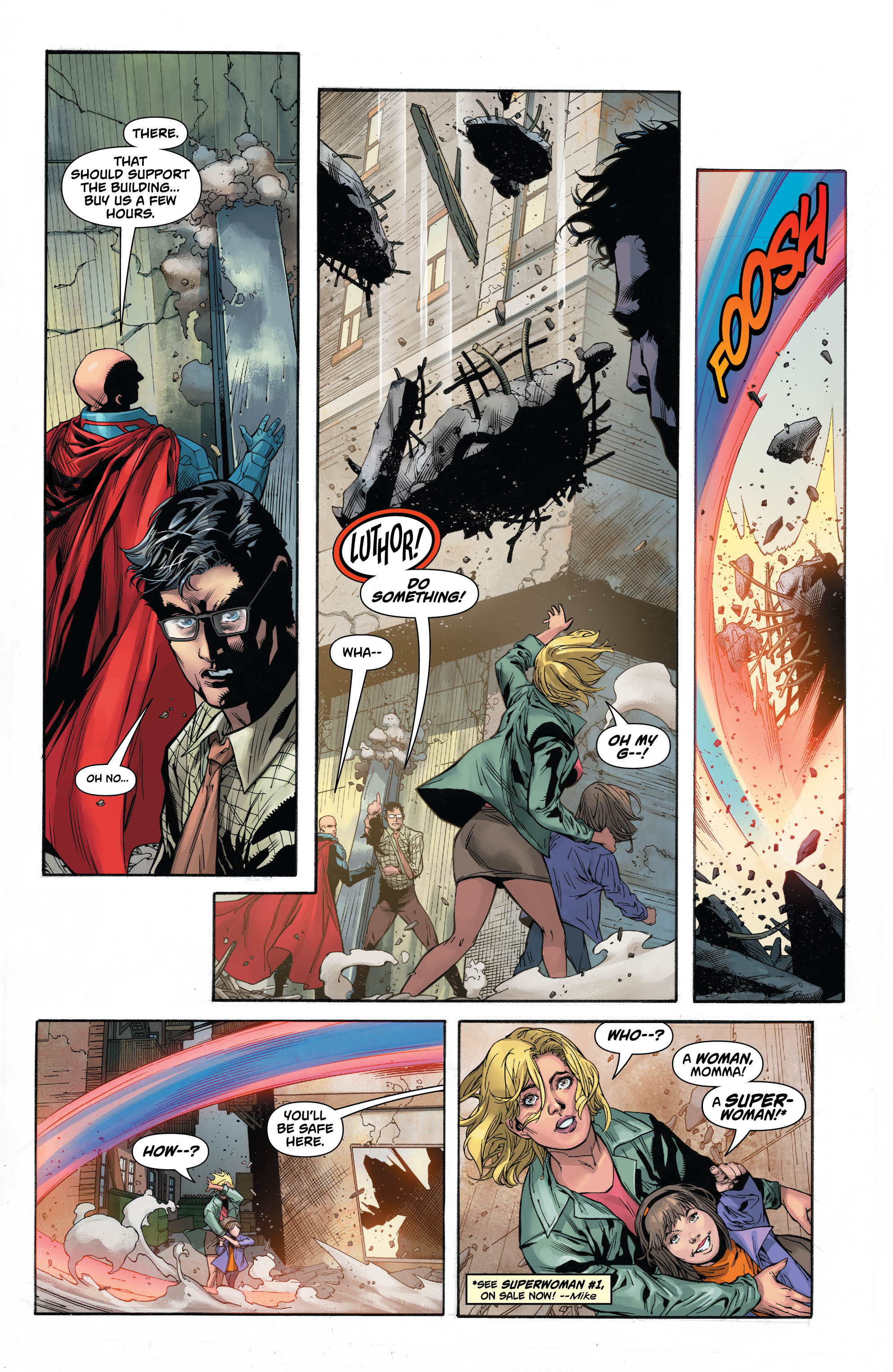 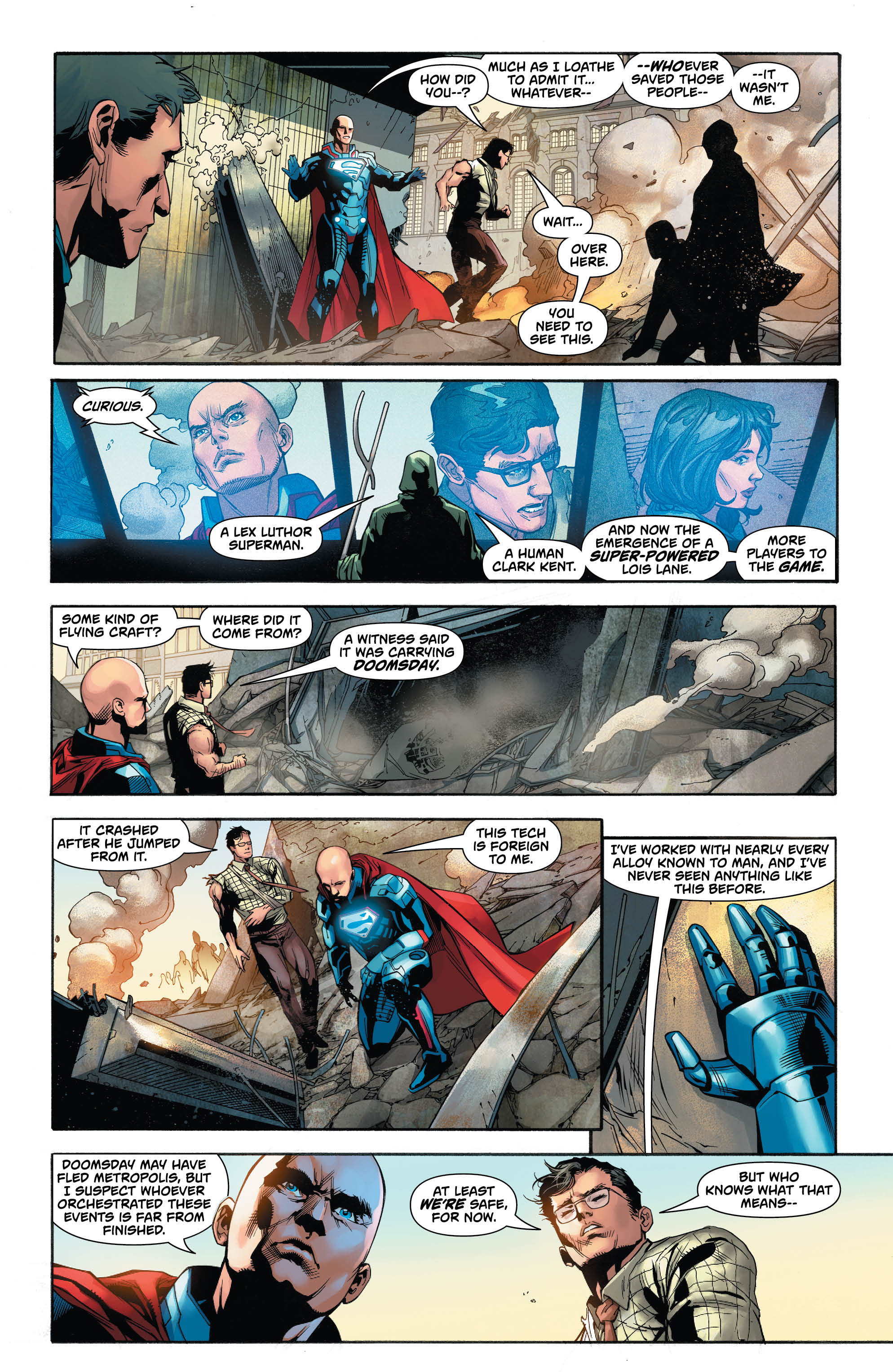 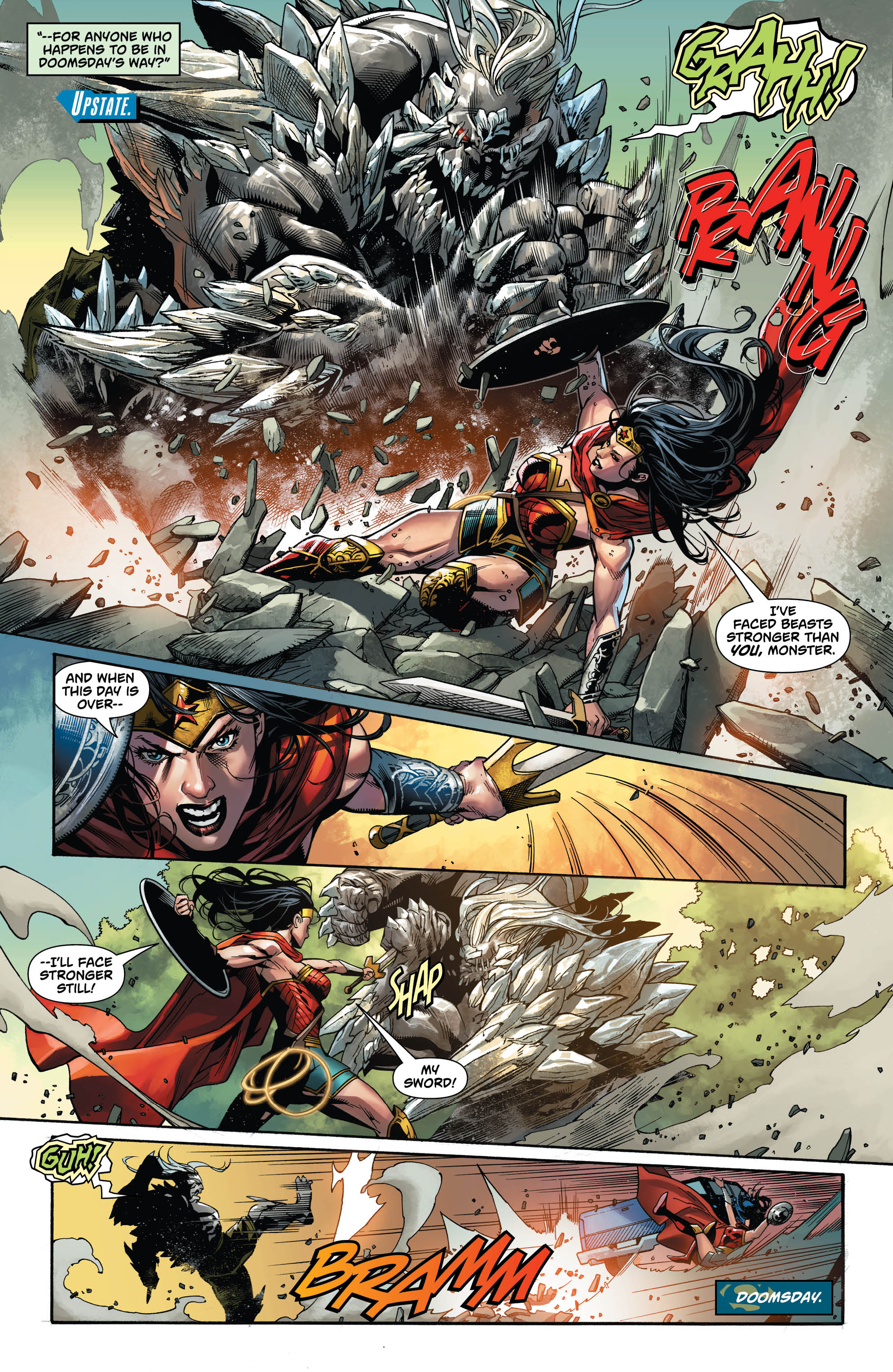 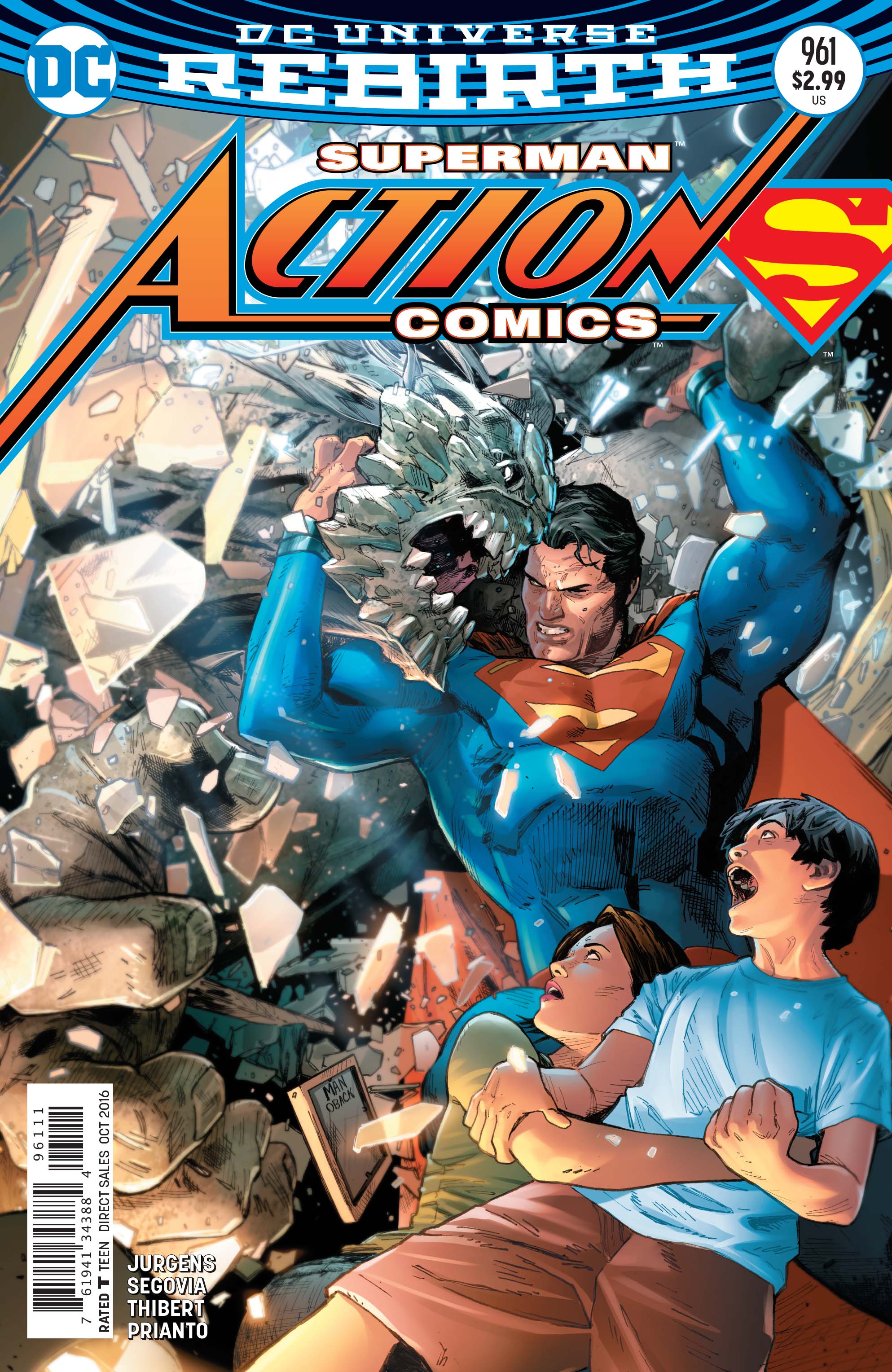 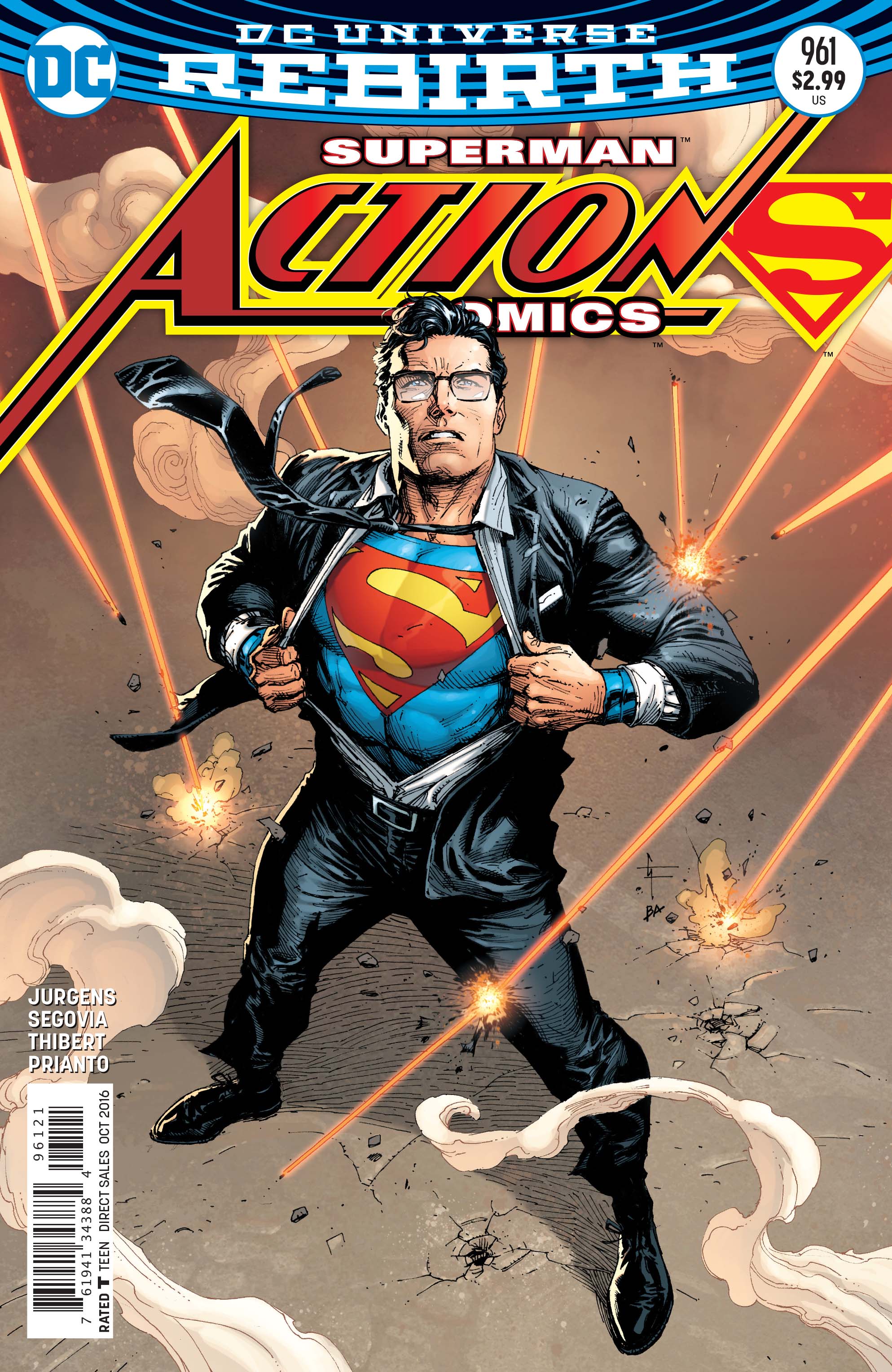