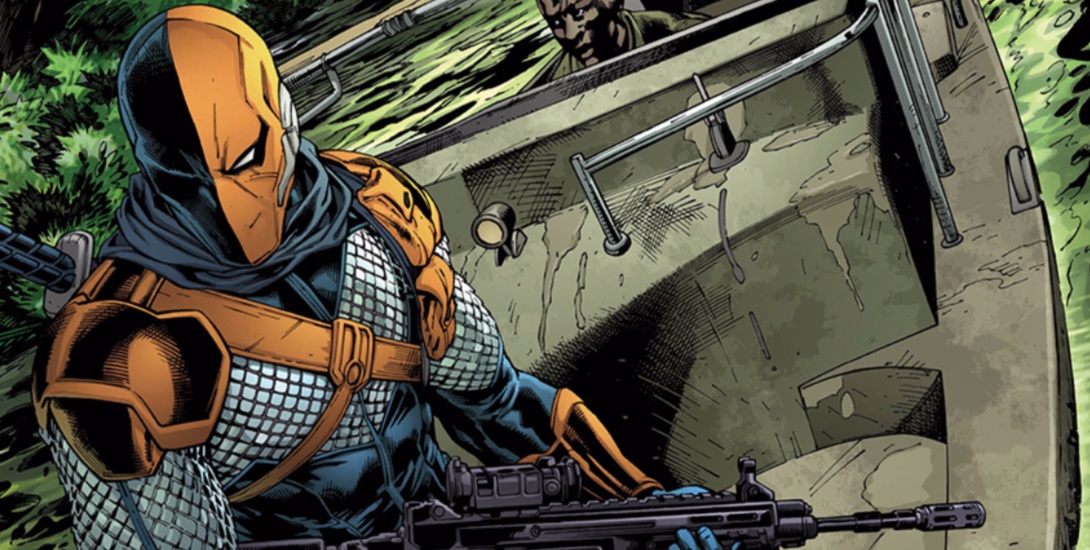 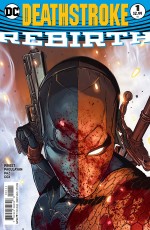 The world’s greatest mercenary is the latest to get a relaunched series as part of Rebirth. Much like the run that preceded it, Deathstroke is portrayed as being a bit more human, as a protagonist must evoke some kind of sympathy from the reader. Make no mistake, Christopher Priest’s Slade Wilson is as deadly as he ever was – but we are reminded there’s a man under that mask.

It certainly helps that artist Carlo Pagulayan brings a genuine sense of realism and believability to every page. Expect to see a Slade who scoffs at the notion of using Just for Men and proudly struts about with his grey hair. I think part of the reasoning for this is to return the character to a more classic, familiar appearance like we have seen various other Rebirth titles do with their respective leads. The other may be due to the fact that Manu Bennett’s days on Arrow are likely behind him, so there’s really no need to carry over his likeness to comic books.

Somewhat cinematic in structure, this introductory one-shot gives us a look at Slade’s family life in addition to showing him in the field. Also be prepared for a most unexpected villain to return. Let’s just say he’s right on time.

While it doesn’t necessarily hurt the book, I thought Slade’s history should have been detailed a little more, as some of the other one-shots have done. With Deathstroke now existing in so many forms of media, this was a chance to show who the comic book incarnation is and how he came to be. Or perhaps Priest intends to stretch that across this first arc. I don’t know, I’m not a doctor.

This new series by Priest most definitely shows promise and feels like quintessential Deathstroke. I prefer to see a more grounded take on the character and for his settings and villains to be as such. Needless to say, this appears to be right up my alley.