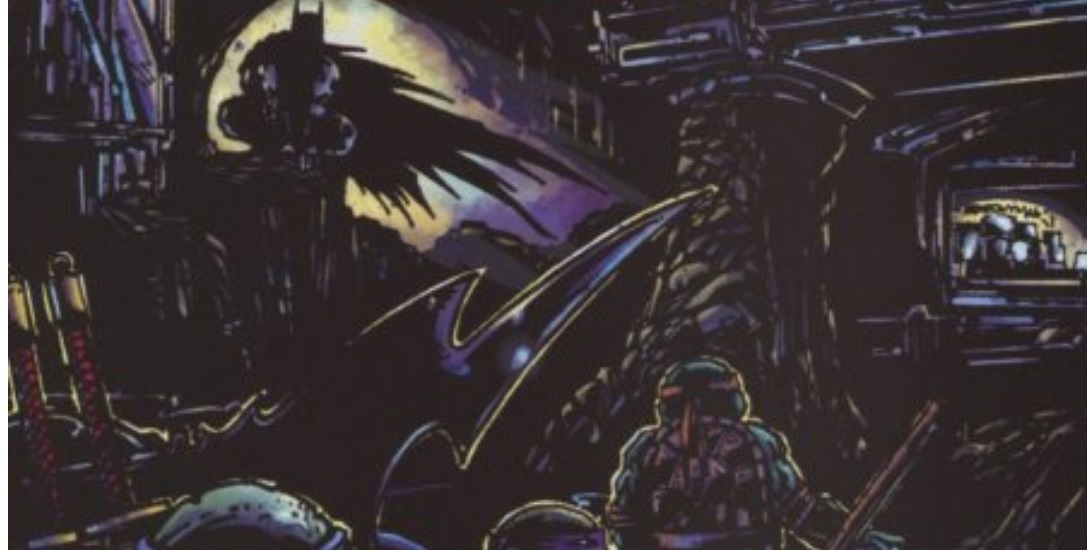 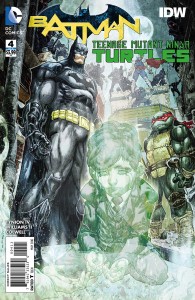 Not that we have passed the halfway point in this six-issue mini-series, I am glad to say that the title has not slowed down whatsoever and the high level of quality remains. James Tynion IV continues to knock it out of the park, once again nailing every character and Freddie Williams II’s artwork remains nearly perfect.

This issue starts out in Arkham Asylum, where we finally get a brief appearance by the Joker. The small amount of time that he is utilized for is memorable and I wonder if we will see more of him in the next two issues. I mean, it’s hard to do a definitive crossover such as this and not have him play a vital role.

Something Tynion has done consistently well in this series is having different combinations of characters play off each other in unique fashion. Some of my favorites in this installment have to be the return of the Batman/Splinter dynamic, which makes for quite the pleasurable reading experience, as well as the exchanges between Alfred and Michelangelo. Mikey even gets Batman to try pizza – and he likes it!

We don’t get to see too much of Ra’s al Ghul and Shredder working together in this issue, but those two go together like peanut butter and jelly. Tynion really does have a sixth sense for this stuff.

The truth of the matter is that this crossover could have easily been like watching a kid smash action figures together, but it has such substance. Seeing Raphael lose his cool and storm out of the Batcave was a highlight, which led to an incredible scene in which Batman takes him to Crime Alley for a revealing conversation; powerful stuff.

If the awesome story weren’t enough to make you come back next month, they toss yet another insane cliffhanger at us. Seriously, crossovers don’t get any better than this.