Have you yearned for a Batman story by way of Vertigo? Well, your wish will be granted in 2016 when Paul Dini (Batman: The Animated Series, Detective Comics) brings Dark Night: A True Batman Story to the masses.

Featuring artwork by Eduardo Risso (Batman: Broken City), this original graphic novel is somewhat of an autobiographical tale based on the time Dini was mugged and severely injured. During his recovery, he imagined Batman by his side, which led to the Caped Crusader’s role in this book: a man helping another man recover from a brutal attack.

“Batman is a character truly universal in his ability to entertain and inspire fans of all ages and backgrounds. As a writer of Batman stories for comics, video games and animation, I’m grateful for the opportunities I’ve had to contribute to that legacy. But there was a time some years ago when I found myself the victim of a violent attack and the last thing that made sense to me was to continue writing stories about a fantasy crime fighter. Struggling to recover, I found myself trapped in a dark place of isolation and abuse, plagued by demons both real and imaginary, with my only choices being to remain a victim or to stand up and fight back. Not so easy as the enemy I was fighting was my own fear,” said writer Paul Dini.

“I must admit that this is not the kind of story I typically draw; it was undoubtedly a new challenge in my career,” added artist Eduardo Risso. “This novel gave me the opportunity to do something different with the graphic narrative. I didn’t have any idea about what aesthetic to use, but I was sure that I didn’t want to do the same thing I was used to doing. I hope you like it.”

Dark Night: A True Batman Story will be available in comic book shops on June 15, 2016 and available everywhere books are sold on June 21, 2016. 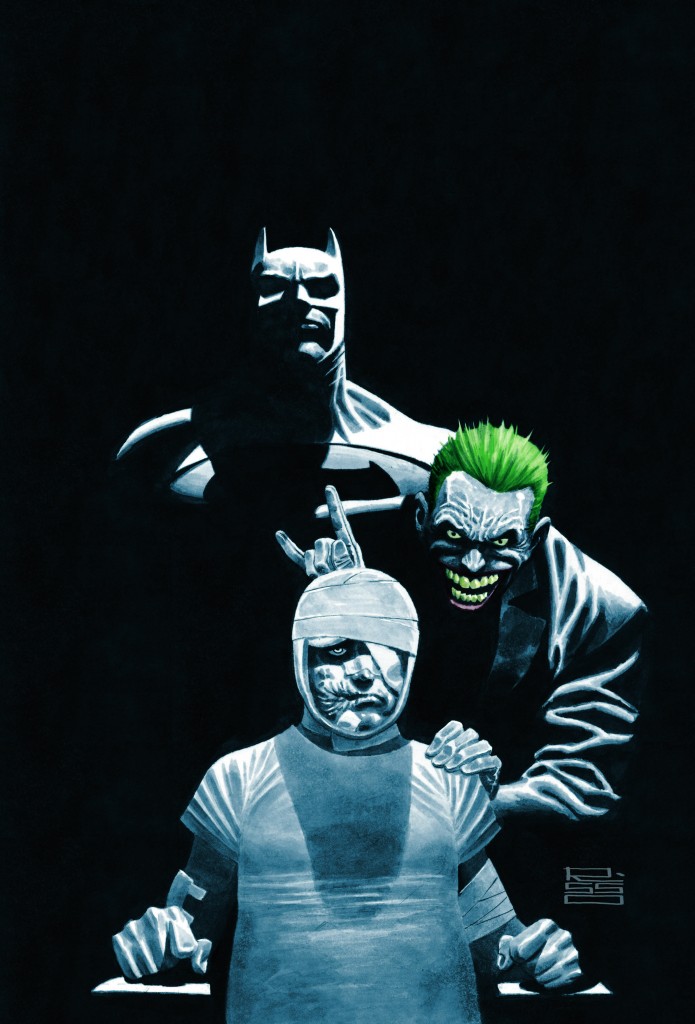